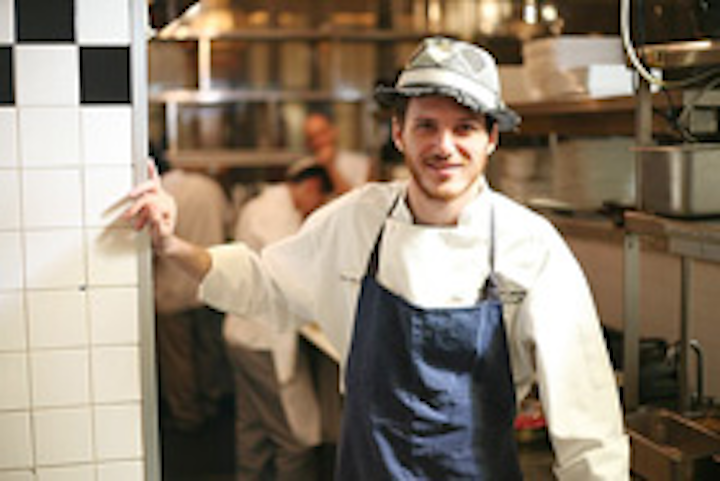 With his exit from the show this week, Mendelsohn is working towards a June 16 opening for the eatery, which will focus on burgers, hand-cut fries, and milkshakes, with an emphasis on local ingredients. That may seem all-American for the Vietnamese-trained chef, but he told Washingtonian's Best Bites blog that one burger topped with habañero aïoli and pickled daikon is representing those Asian flavors.The bilevel space will open to a self-service area with casual seating. Upstairs, four plasma TVs will accent seating for 44 at distressed-wood tables (two of which will fit parties of 12). It's "modern meets farmhouse," according to the restaurant's director of communications Micheline Luhn, who adds that delivery will be available after the first month.

Mendelsohn has made the project a family affair, as reported by The Washington Business Journal, with his parents, silblings, and cousins all involved, and plans to eventually franchise Good Stuff Eatery. The chef, who just launched a thorough Web site, is also catering private events and offering cooking lessons on the side.
More in Food Trends