The after-party for the American Mall premiere made playful references to the shopping center in which the film takes place.

Many cinematic love stories take place in exotic, faraway locations, but when a film's plot centers around two adolescents who fall for one another, the food court and department stores at the mall make up the mise-en-scène. The American Mall, the new teen musical romantic comedy from the executive producers of High School Musical, which will air on MTV next month, premiered on Monday night at the Arclight Cinerama Dome, followed by an after-party at nearby Cabana Club, where the network’s vice president of program enterprises, Lisa Silfen, asked event producer Jason Wanderer to channel the film's retail setting.

Servers used plastic food-court-style trays to circulate a variety of hors d'oeuvres ranging from crab cakes and coconut shrimp to fast-food favorites like chicken nuggets. As guests picked up the bite-sized treats, the snacks' absence slowly revealed tray liners branded with the film's and partnering sponsors' logos. The American Mall logo also appeared in the shape of pre-packaged cookies that sat on a table and a neon sign that hung over the bar. "We were thinking about malls all over the country—not just L.A. and the Beverly Center," Wanderer said about the brightly colored signage.

He also took into account the many activities in which mall-loitering teens across the country partake, making sure to include a Rock Band video game station, as well as a branded photo booth. For dessert, guests could stop by a Ben & Jerry's cart—reminiscent of the kind that often dot mall walkways—for a scoop of ice cream. 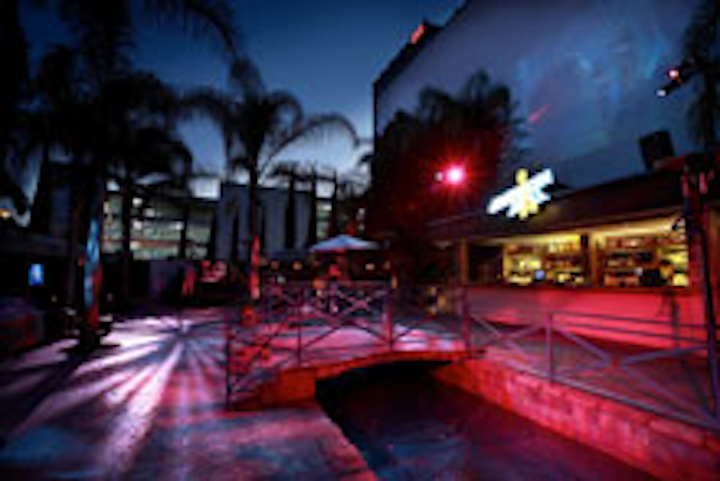 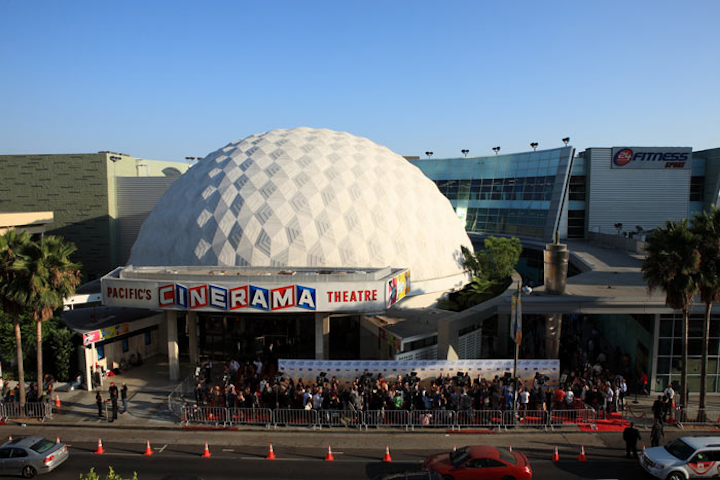 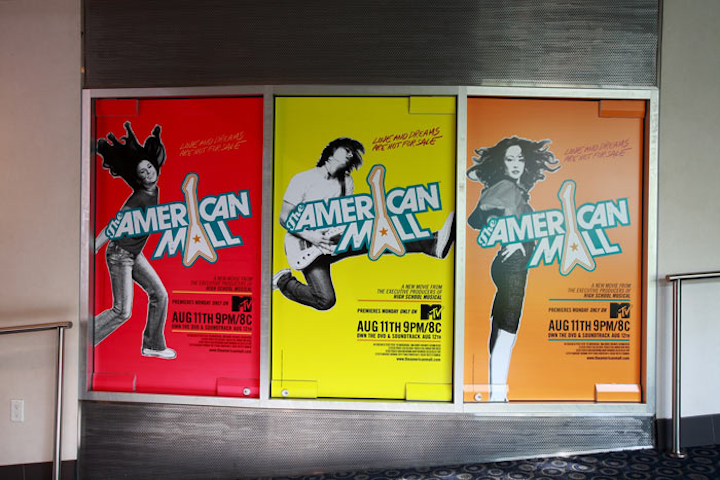 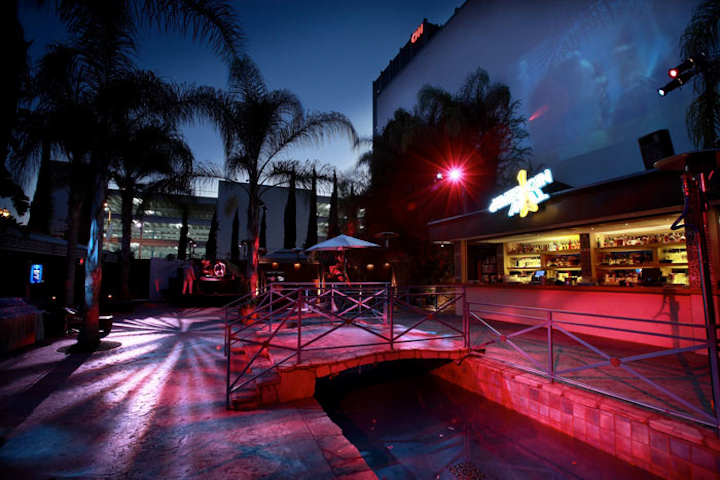 Following the premiere, guests walked a short distance to nearby Cabana Club for the after-party.
Photo: Dale Wilcox 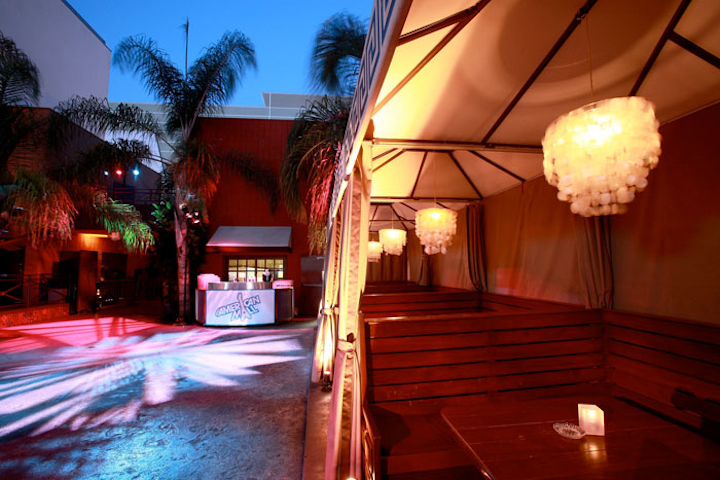 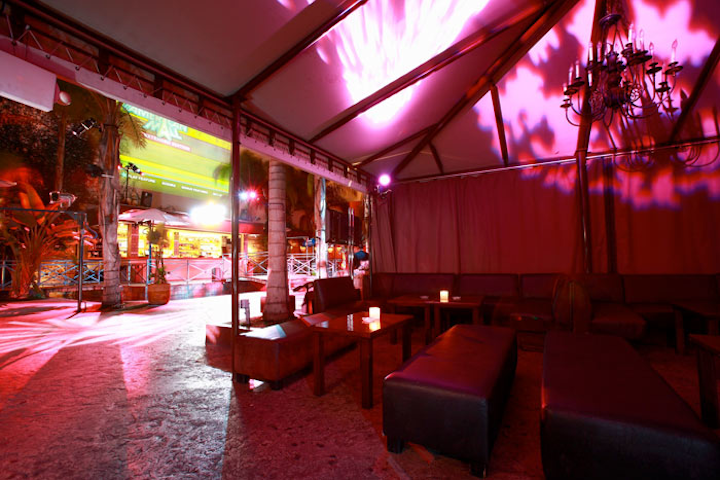 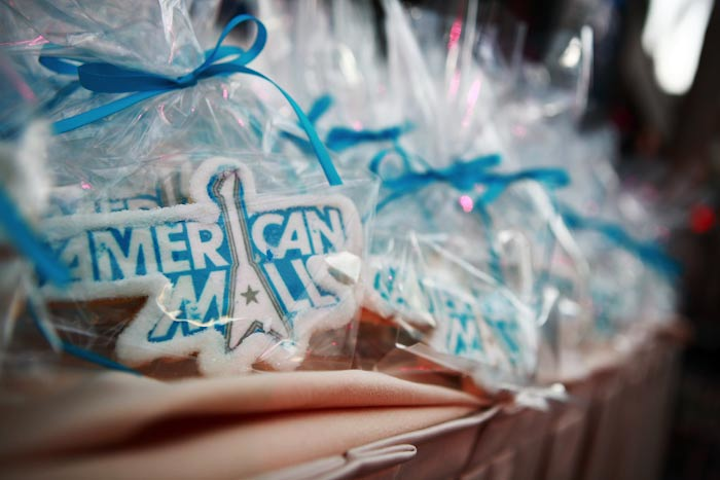 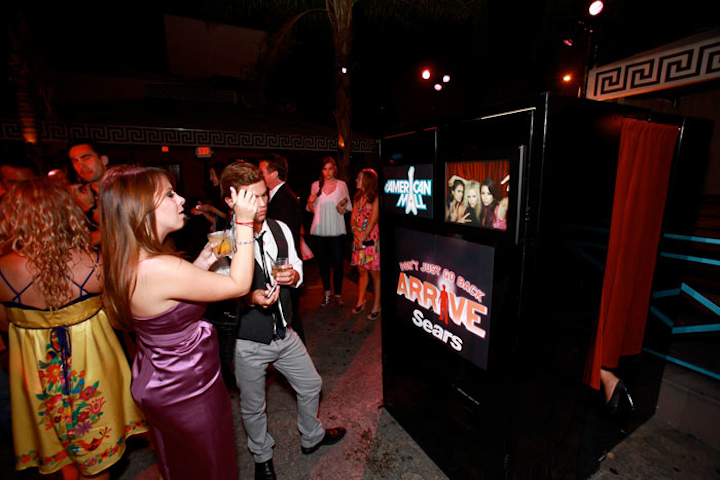 Guests at the after-party posed for pictures in a photo booth.
Photo: Dale Wilcox 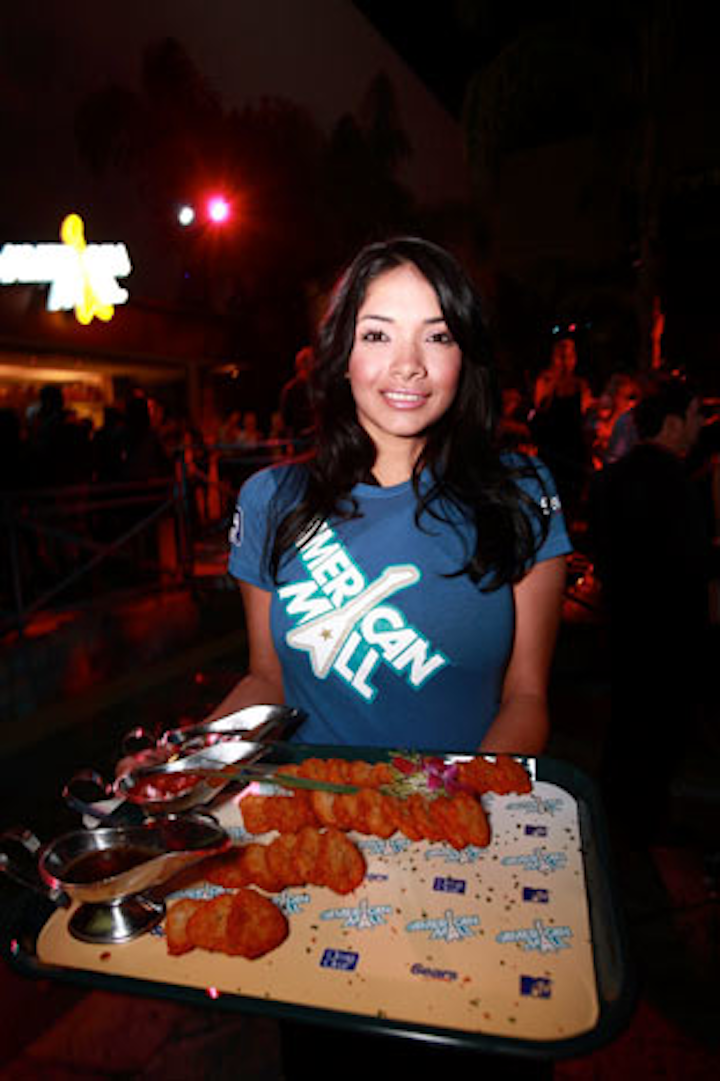 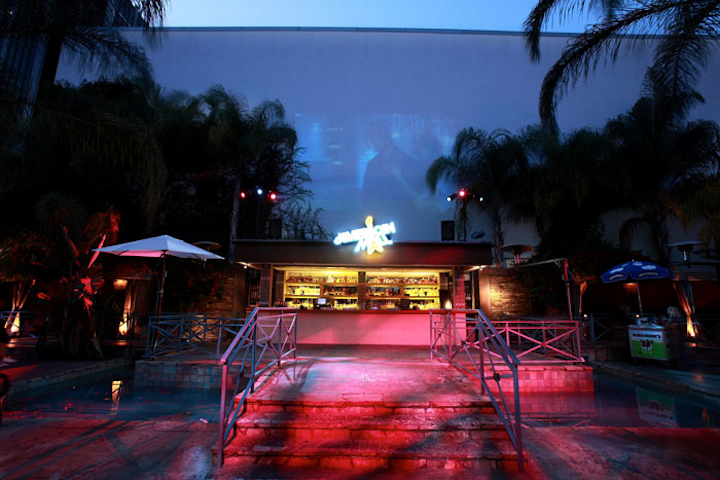 Projectors shone the film against a wall during the after-party.
Photo: Dale Wilcox 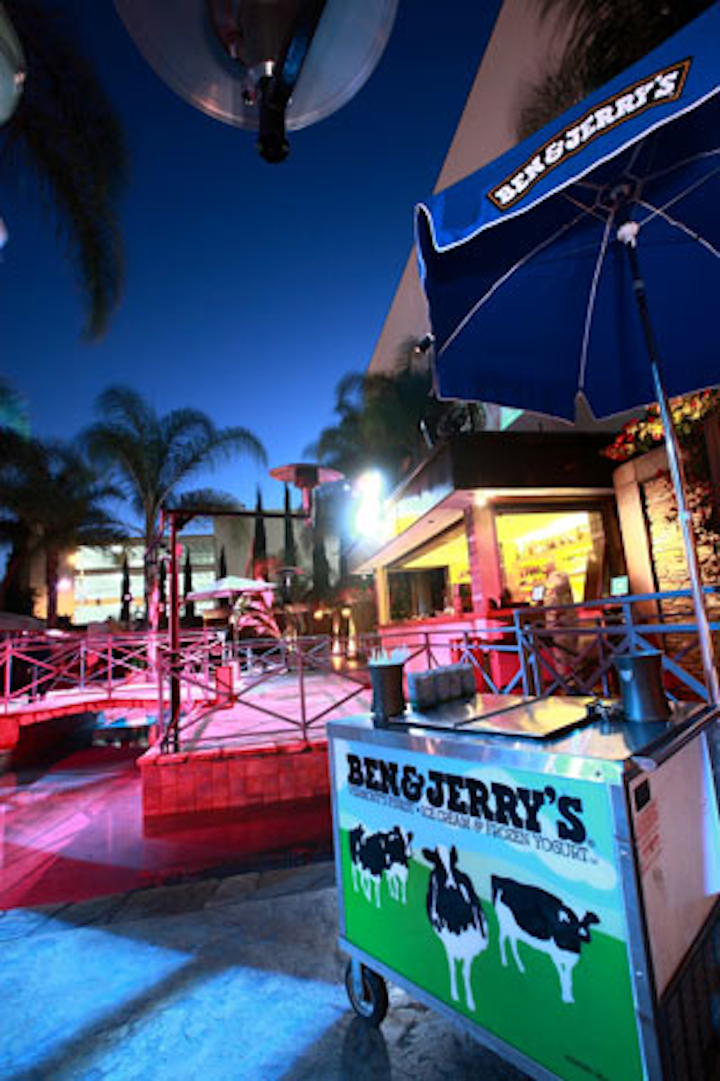 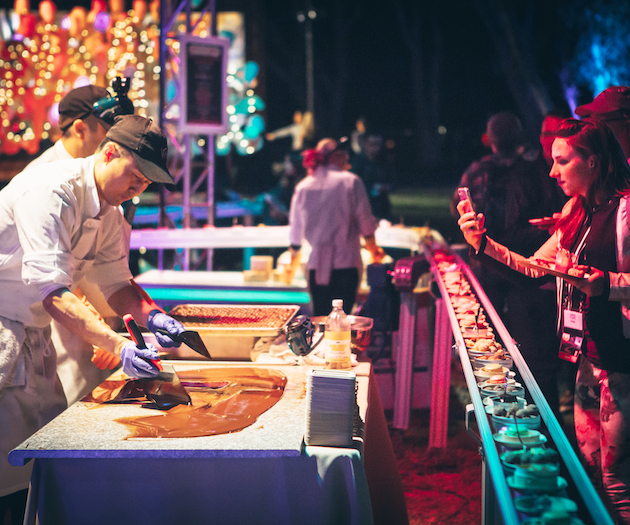 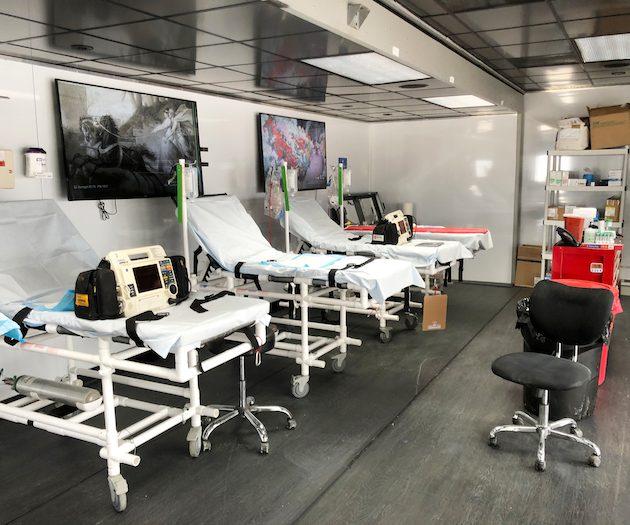 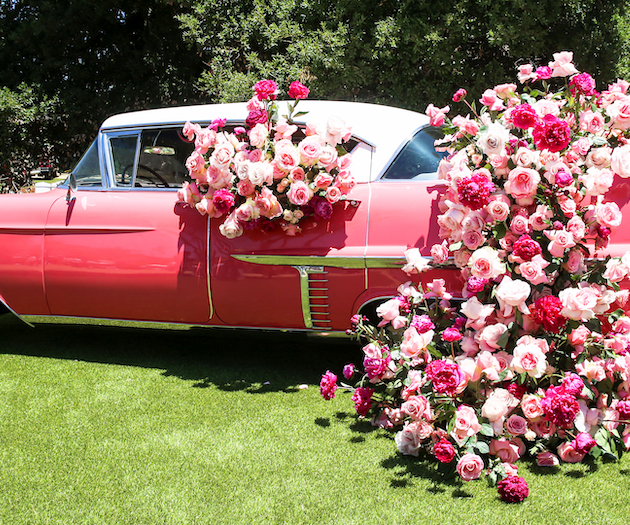 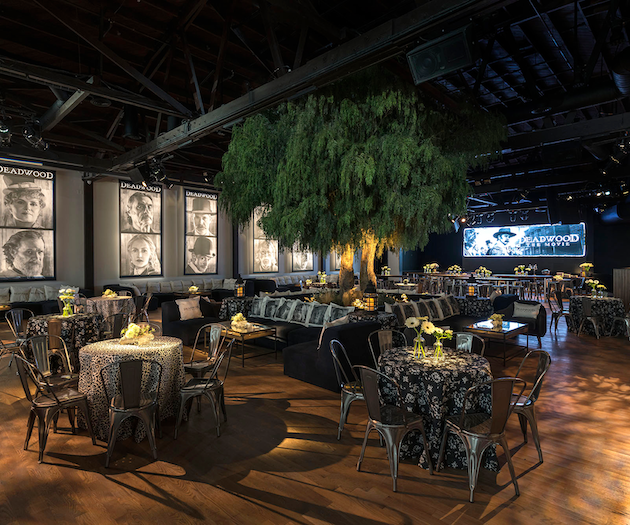 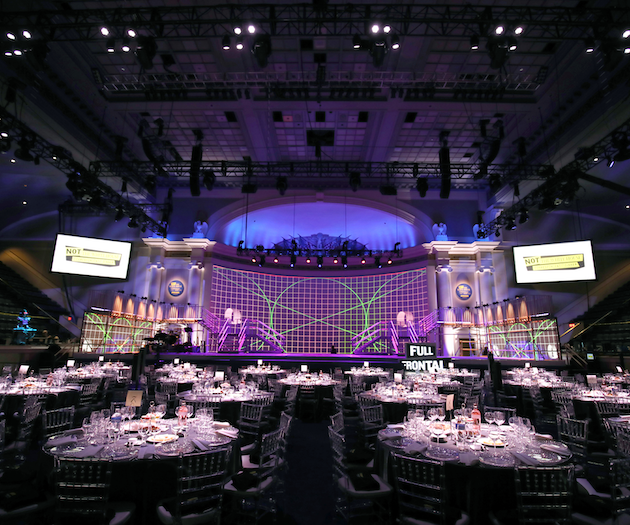 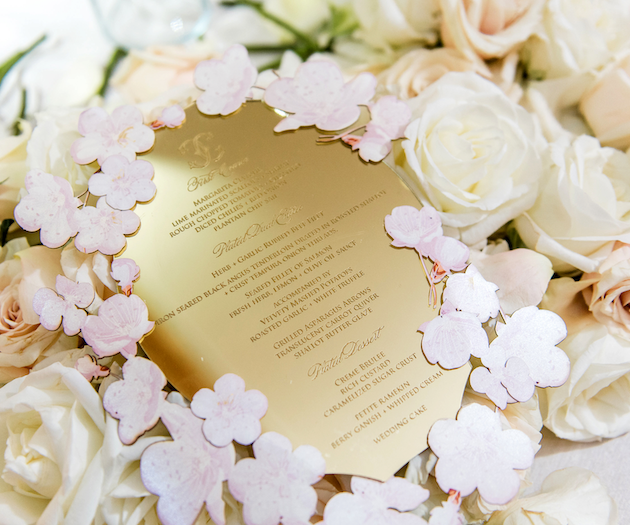 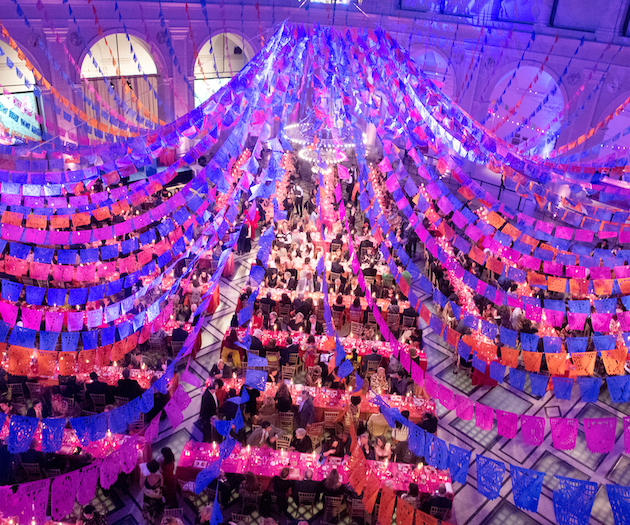 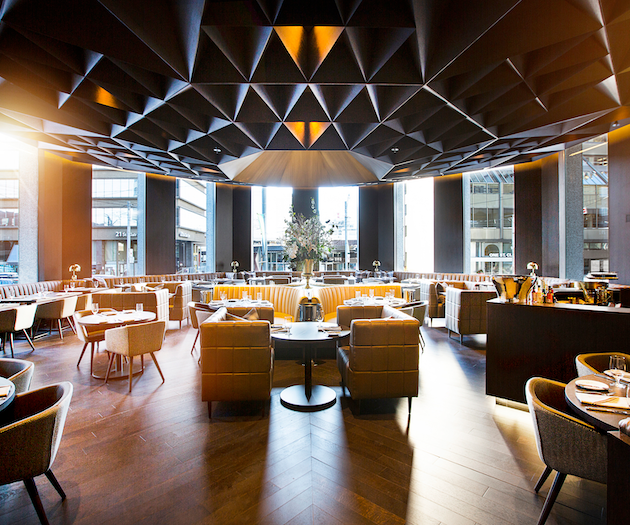 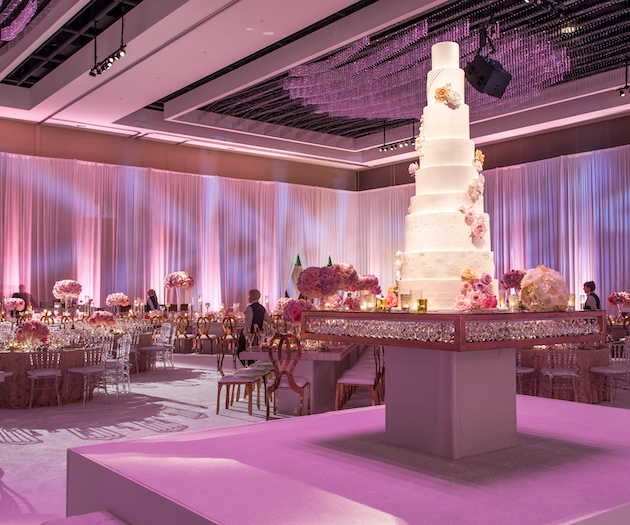 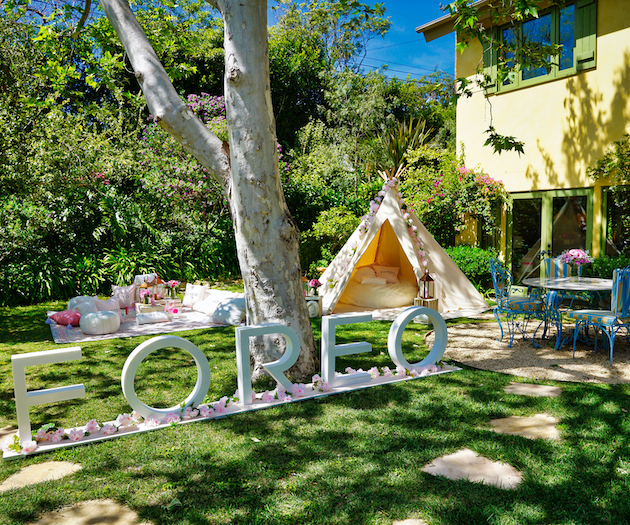 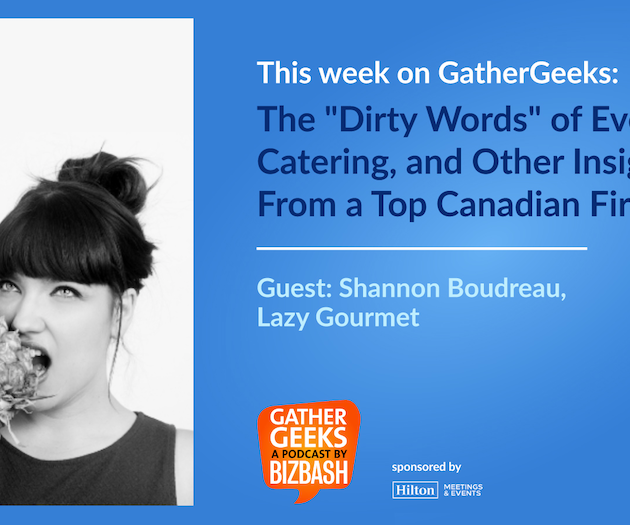 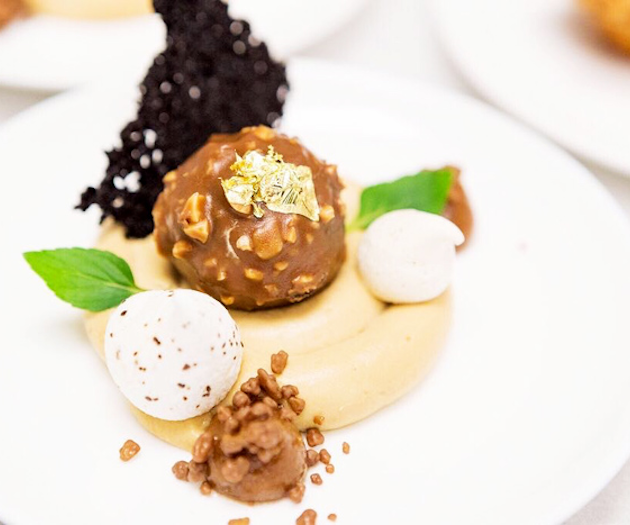 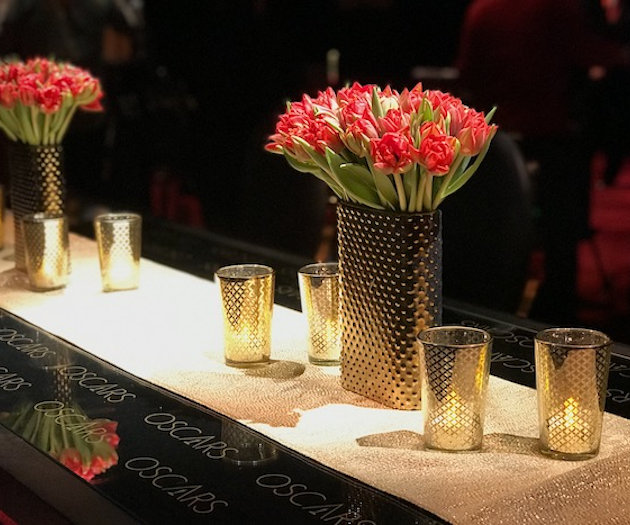