It was all about the drama at a private launch for Zing vodka on Wednesday, July 25, where the brand debuted Red Velvet, a bottle outfitted with LED technology that illuminates with the push of a button. Maloof Entertainment Group/Idol Roc Entertainment co-founder and managing partner Steven Ferraro tapped Chad Hudson Events for the production and design for the party, which worked with the theme of "Zing vodka makes you come to life," meant to underscore the idea that the light makes the bottle come to life, and the new vodka makes the party come to life.

The event took over the residence belonging to Adrienne Maloof—a star on Real Housewives of Beverly Hills and part of the well-known business family that owns the Sacramento Kings and the Palms in Vegas—where a step-and-repeat backdrop took the form of a hedge on which more than 2,000 roses spelled out the brand's name. Guests entered the party space through a 15-foot-tall replica of the bottle, complete with sensors that lit up in red as attendees walked through.

Inside, the goal was to make the gardens appear to come alive. Chad Hudson's team installed a floating fountain in the pool, as well as floating floral arrangements. A 12-foot-tall interactive wall covered in red roses with a black lacquered Zing logo served as the backdrop; as guests came up to the wall, hands in red gloves popped out with shots, cake pops, and other mini red velvet desserts. Waitstaff all wore costumes inspired by Adam and Eve in the Garden of Eden, done in a red and black motif. Guests sipped on specialty cocktails dreamed up by mixologist Nicole Trzaska of NO8, and chef Bernie Guzman, the Maloofs' private chef, provided the food.

Entertainment included 22 body-painted performers in all, whose minimal costumes included textures like moss, leaves, vines, flowers, and crystals. Human versions of a fountain, topiaries, tree branches, bushes, and statues remained still throughout the evening, until lighting and music called attention to them one by one and they appeared to come to life at designated times. A layer of low-lying fog permeated the air, furthering the atmosphere of mystery and drama for the evening. 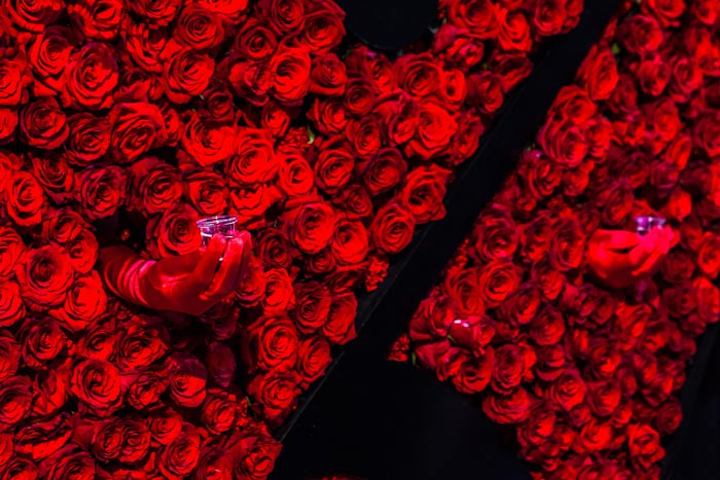 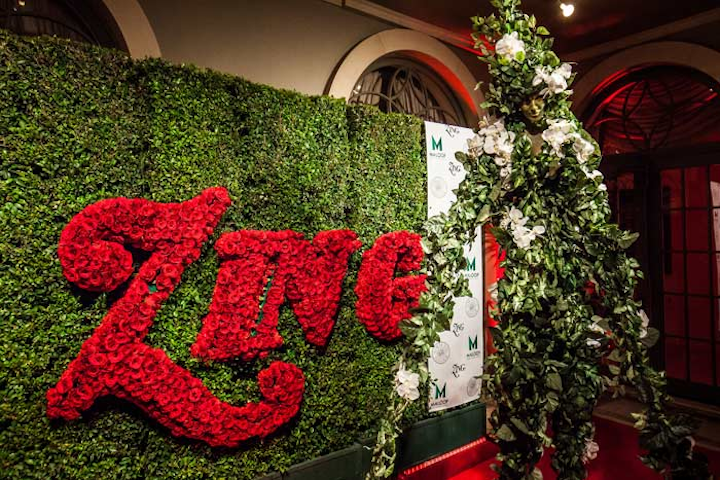 At the Zing vodka launch, the press wall took the form of a hedge with 2,000 roses spelling out the brand's name.
Photo: Sean Twomey/2me Studios 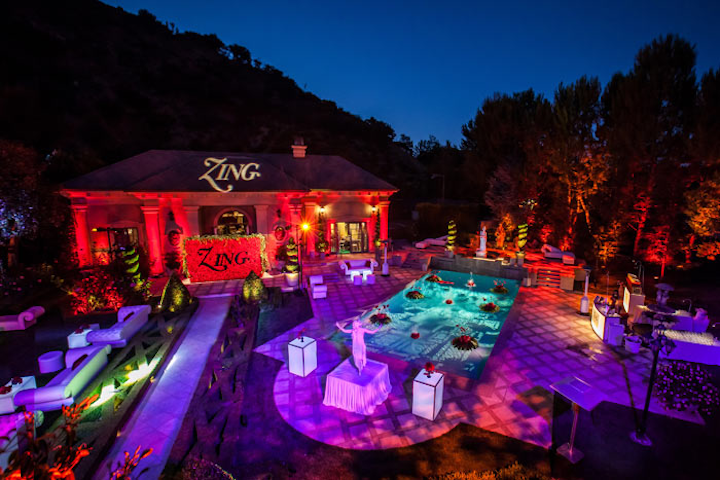 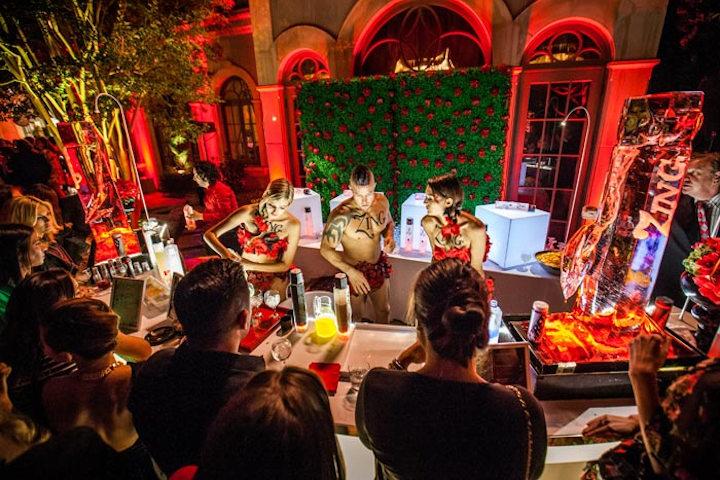 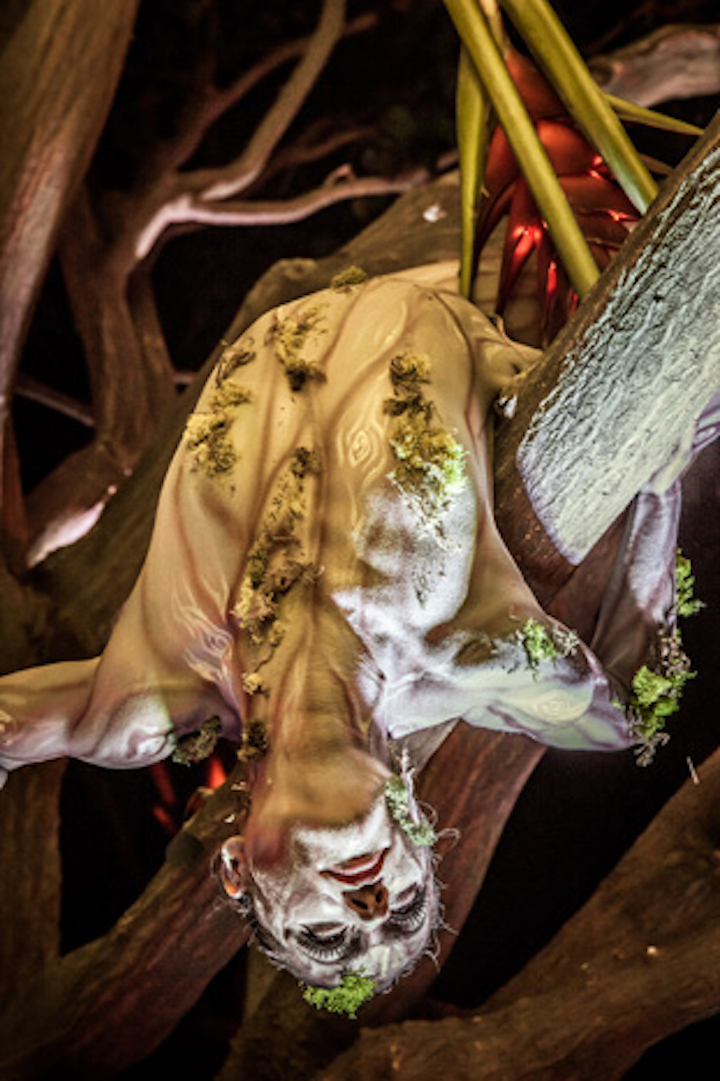 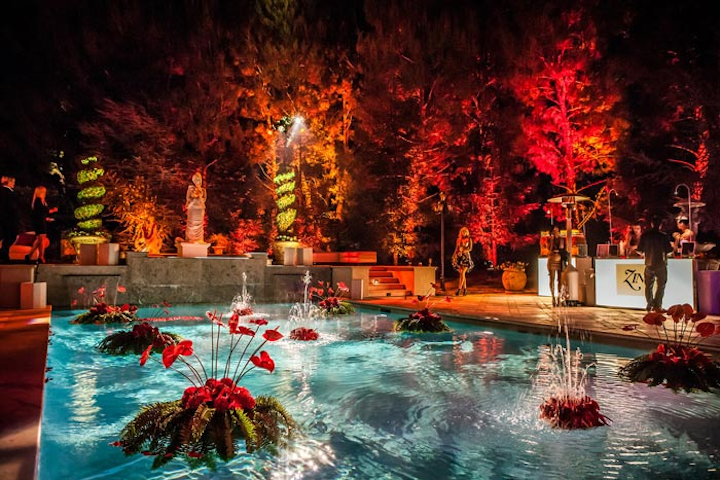 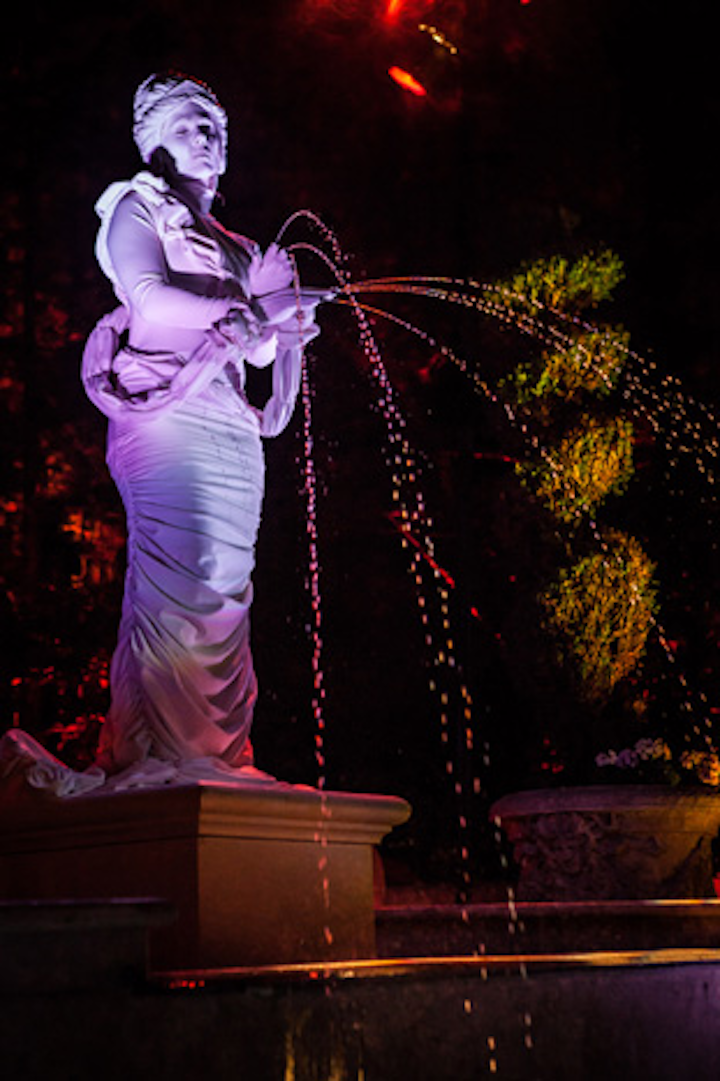 Statues, tree branches, and topiaries were among the garden elements that appeared to come to life.
Photo: Sean Twomey/2me Studios 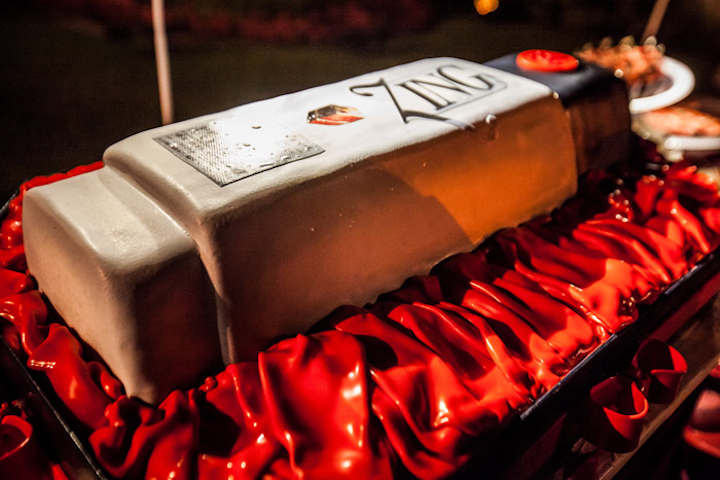 A cake was shaped as a giant replica of the brand's bottle.
Photo: Sean Twomey/2me Studios 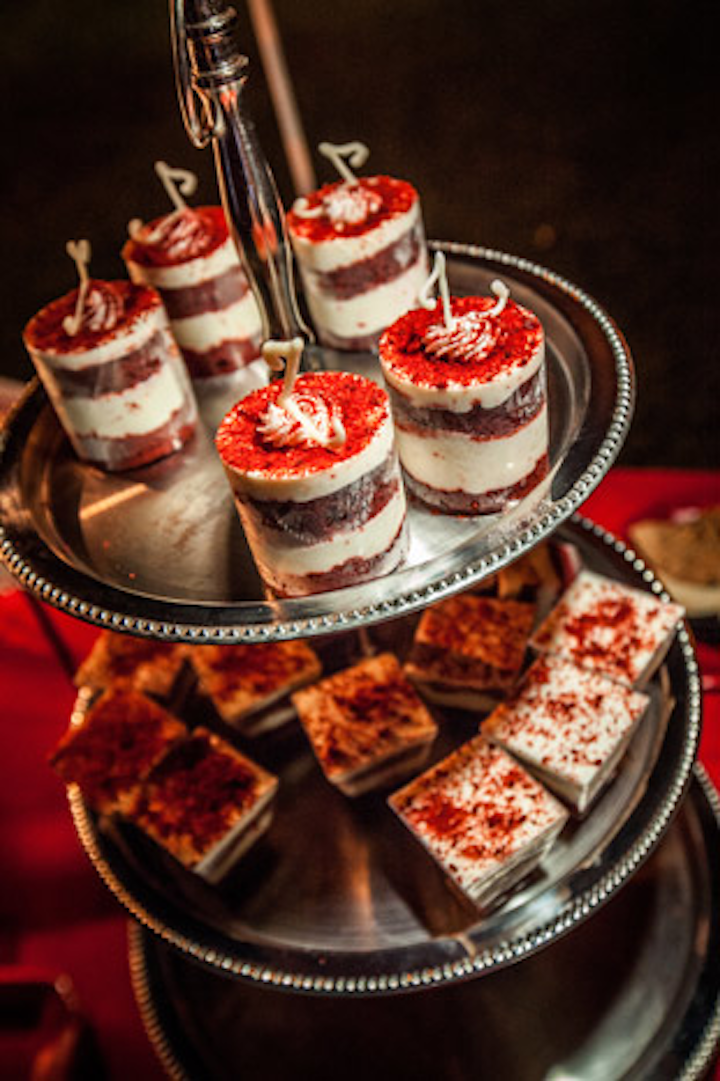