Schaffer’s Genuine Foods took a more literal approach to the farm-to-table concept by creating an edible garden for V.I.P. guests at a YouTube event produced by Good Sense & Company and held at the Museum of Flying in Santa Monica on November 27.

The “earth” was made from chopped black olives, preserved lemon, herbs, garlic, breadcrumbs, and puffed wild rice. Organic baby vegetables from local farms were planted in the “soil,” along with edible flowers. Servers used gardening tools to scoop up the edible earth and veggies and served them on compostable plates. Dressings, in flavors like chipotle aioli and housemade ranch, were poured from watering cans.

Various versions of edible gardens have popped up at events over the past 10 years: In 2002, Mark Fahrer Caterers set up a nature-inspired buffet at a party for outgoing New York City Parks & Recreation Commissioner Henry Stern that had guests picking mushrooms and other edibles out of wheatgrass. Food artist Jennifer Rubell planted a small garden of ready-to-eat carrots in sterile soil at the Brooklyn Museum’s Brooklyn Ball in 2010. (Water buckets were available for guests who wanted to give their snack a quick rinse.) Most recently, for the grand opening of the Miami Convention Center in May, the venue’s catering team created an edible garden using toasted pumpernickel crumbs as "dirt" with plantings of speared vegetables. 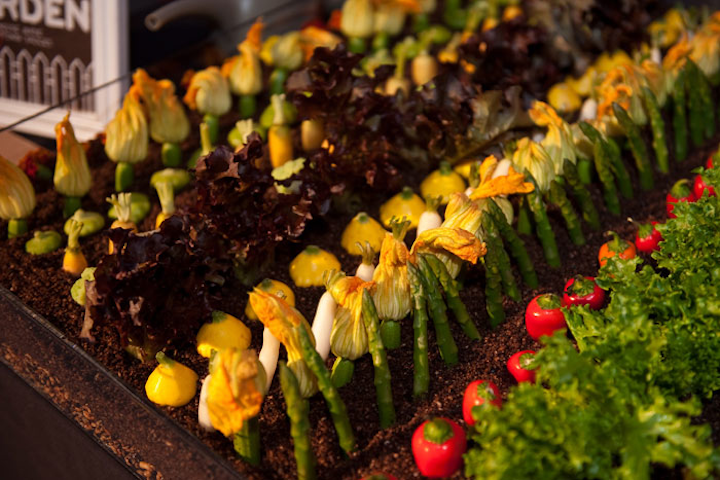 Schaffer’s Genuine Foods created an edible garden for a YouTube event at the Museum of Flying in Santa Monica. The “earth” was made from chopped black olives, breadcrumbs, and puffed wild rice.
Photo: Karina Pires Photography 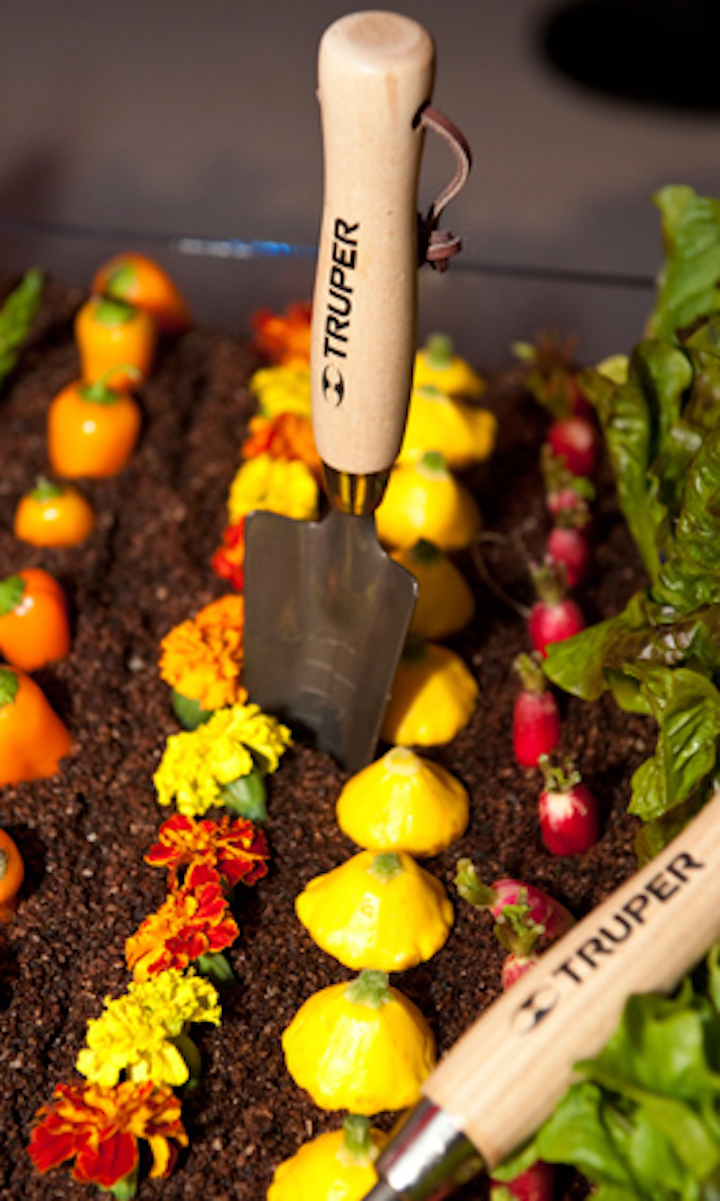 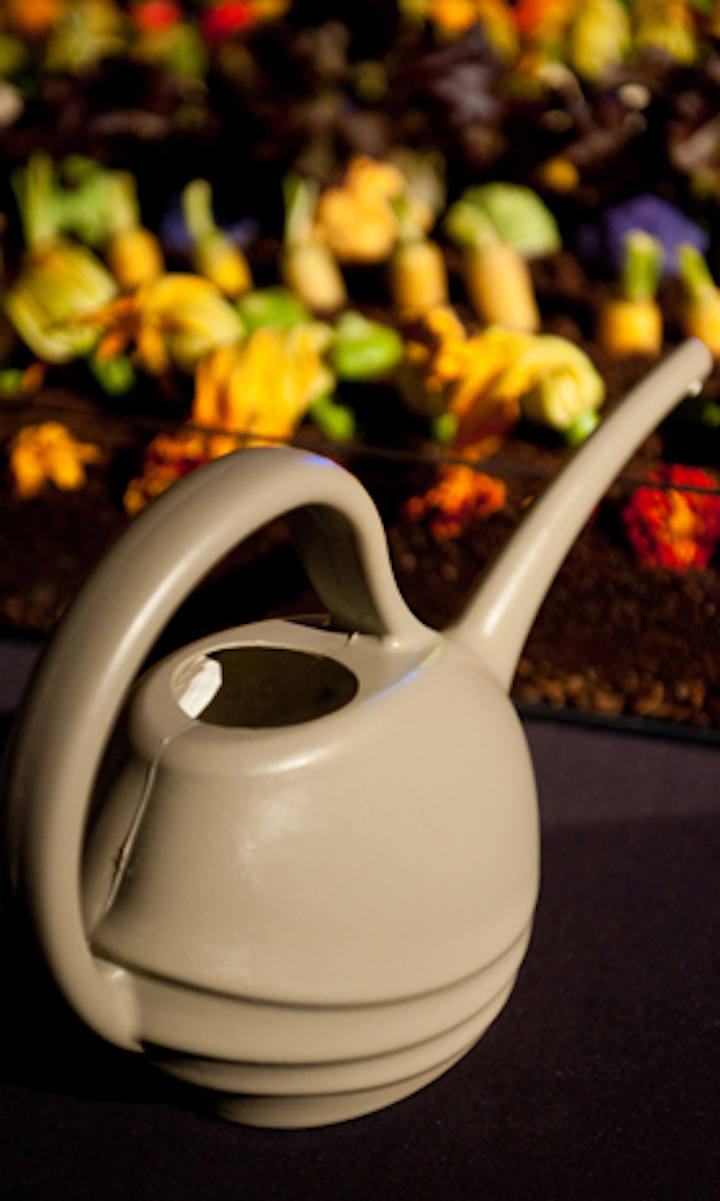