The Washington Winter Show, a fund-raising antique show benefiting three local charities, adopted a Southern theme for its 59th annual installment last weekend. The event kicked off January 9 with a preview cocktail party for 650 at the Katzen Arts Center at American University, home to the show for the past five years. Executive director Jonathan G. Willen worked with the show’s three co-chairs and Susan Gage Caterers to design a menu for the party that would set the tone for the weekend of Southern programming, which included a luncheon hosted by the Lee Brothers (cookbook authors Matt and Ted Lee) and a lecture from Southern entertainment expert Julia Reed.

The night’s service began with a selection of six passed hors d’oeuvres including grilled baby lamb chops with garlic and mint aioli, creamed spinach in brioche cups, and toasted pimento cheese sandwiches—the South’s take on a favorite grilled cheese. While regional fare like this tends to be heavier than traditional cocktail party menus, Willen emphasized the emotional element that it triggers in guests.

“It’s all Southern comfort food that seems very homemade,” Willen said. “In fact, people kept coming over to me asking for the menu to be served at future shows.”

About an hour into the event, buffet tables on all three floors of the center filled with dishes such as barbecue beef brisket, butter biscuits, cheese grits, and chicken potpie. While some planners might be concerned about serving food so close to the exhibits, the benefits of the position seemed to outweigh the risk.

“When the show first started, we had a dinner in separate room, but by incorporating it to where we are at, it allows guests to eat freely on their own timetable and not ours,” Willen said. “You do take a risk, but it’s minimal compared to the outcome, which is people mingling with the dealers on three floors because the food is served on each and not just one.”

The menu finished with uncommonly served sweet treats such as bourbon balls, chess pie, and salted-caramel brownies—all of which could be easily grabbed on the go while perusing the exhibits or as guests headed out for the evening. Willen’s advice: Keep it bite sized. “People want a little something sweet, but they don’t need an entire piece of apple pie.” 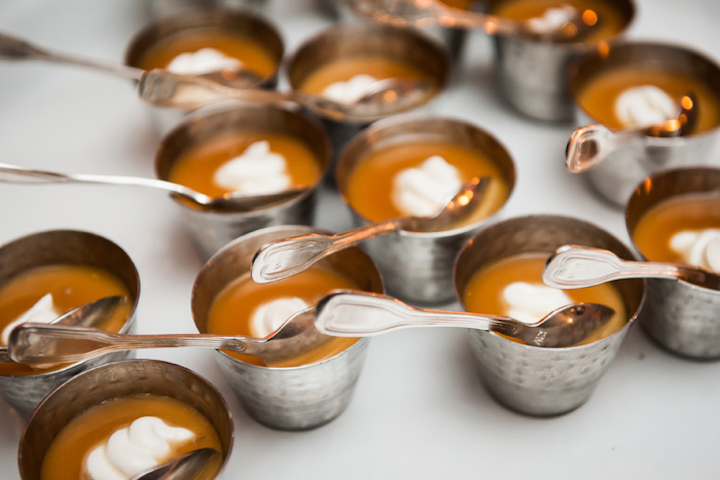 The only dessert requiring more than one hand, yet still served in small portions, was butterscotch pots de créme topped with salted caramel and créme fraiche.
Photo: Erin Kelleher Photography 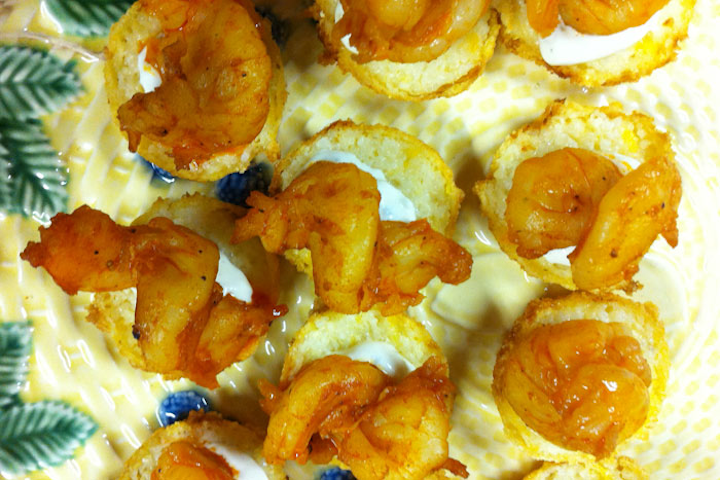 Gage turned shrimp and grits, a meal traditionally served on a plate, into hors d’ouevres by deep-frying the grits into patties and topping them with a single shrimp and remoulade sauce.
Photo: Erin Kelleher Photography 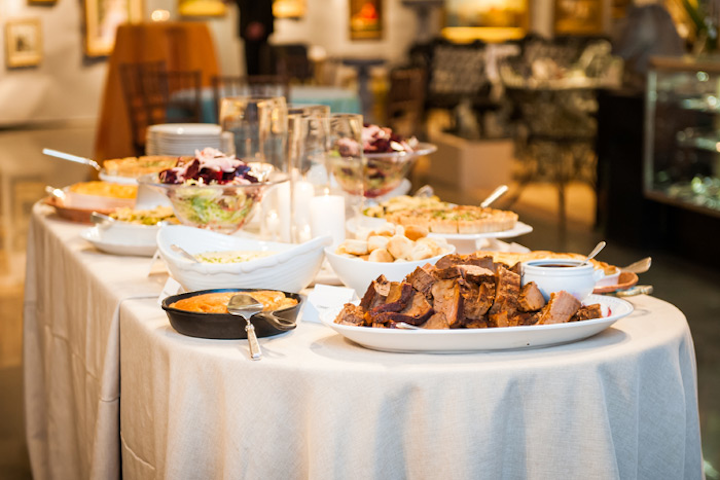 Buffet tables were set up throughout the three floors of venue with Southern fare such as cheddar cheese grits, barbecue beef brisket, and cornbread served in iron skillets.
Photo: Erin Kelleher Photography 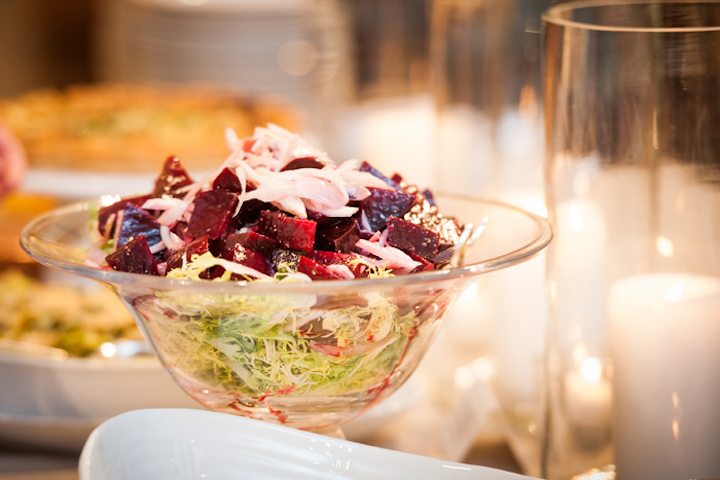 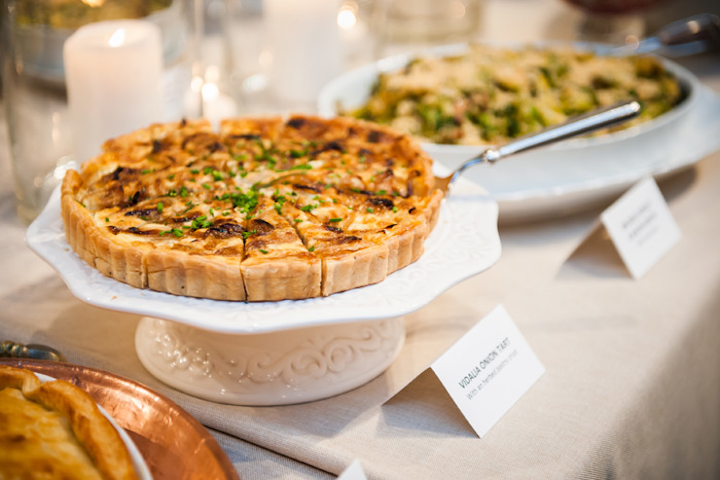 Gage took inspiration from the Lee Brothers cookbook, which the chefs spoke about the following day at a hosted luncheon, for her Vidalia onion tart with an herb pastry crust served on the buffet tables.
Photo: Erin Kelleher Photography 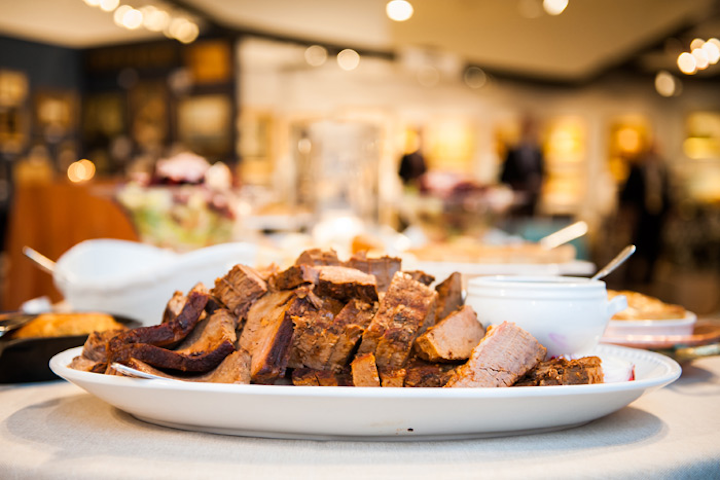 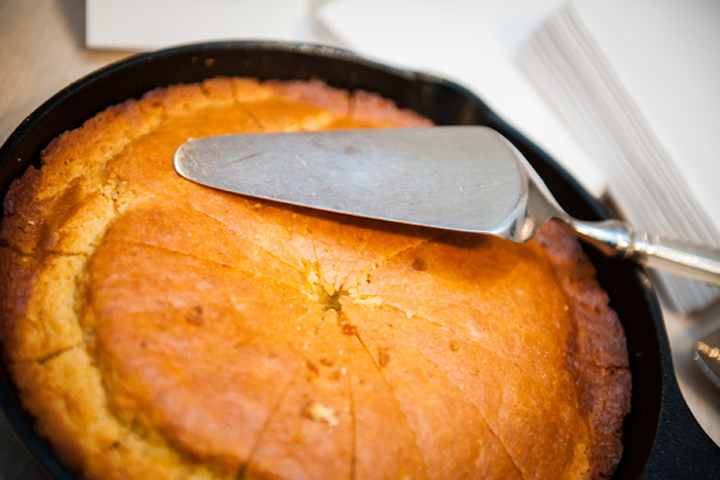 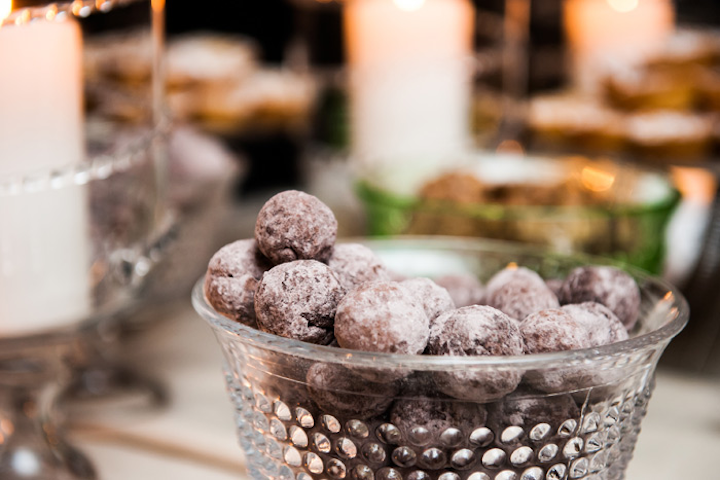 For the desserts, Willen kept it to quick bites that could be easily eaten while mingling. The menu included unusual treats such bourbon balls, incorporating one of the South's liquor staples.
Photo: Erin Kelleher Photography 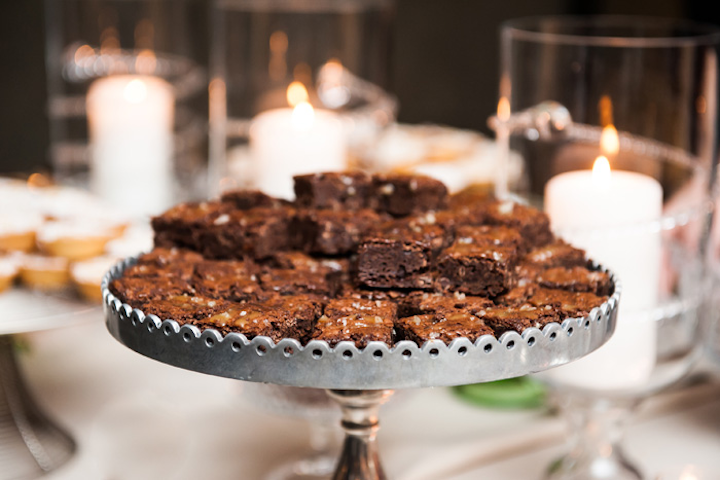 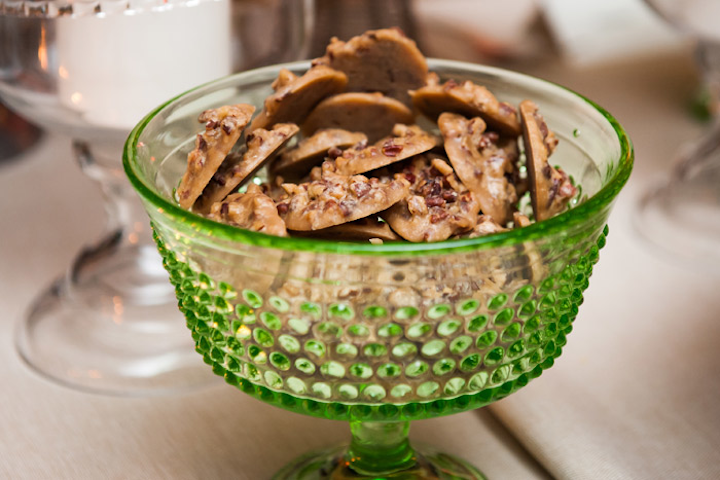