This week's roundup includes a Lexus LED installation at the Los Angeles Food & Wine Festival; SpikedSeltzer's free bicycle promotion ahead of the L train shutdown in Brooklyn; Revolve's pink-hued lifeguard tower that doubled as a DJ booth at the brand's influencer event in Bermuda; and an interactive live mural at Adidas's Destination San Diego music festival. 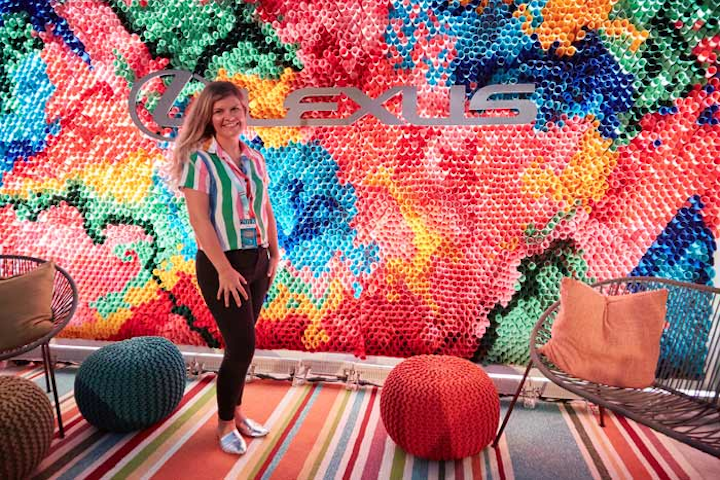 The Lexus area also displayed a photo backdrop made with rolled up pieces of paper. The display was created by artist Corrie Sullivan of Corrie in Color, which specializes in prop styling and event installations. The colorful installation was inspired by ice cream flavors of Afters Ice Cream, a vendor that was inside the Lexus booth. 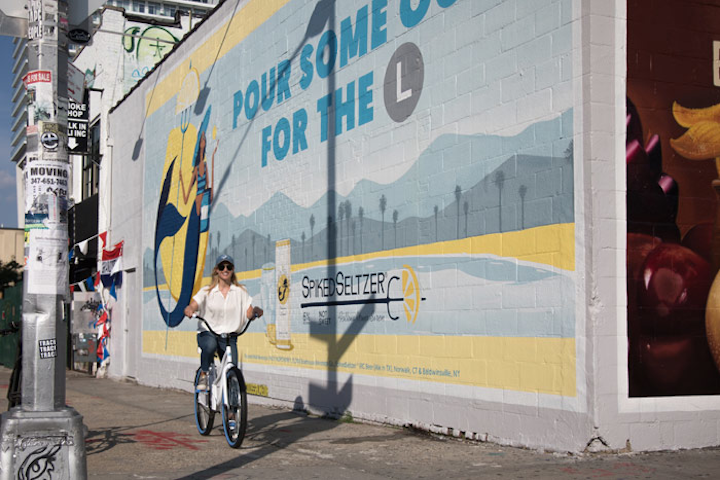 With New York’s L Train shutting down in 2019, commuters—specifically Brooklynites—will have to find transportation alternatives. To create brand awareness and help commuters prepare for the shutdown, alcoholic seltzer brand SpikedSeltzer held a promotion Tuesday through Thursday in Williamsburg, where it handed out free branded bicycles to residents. The promotion took inspiration from the brand’s recently unveiled “Pour Some Out For The L” billboard, which was created by creative agency Bullish. The three-day promotion was conceived by 3PM, an in-house agency established for Anheuser-Busch InBev by Weber Shandwick in partnership with PMK-BNC and Axis. 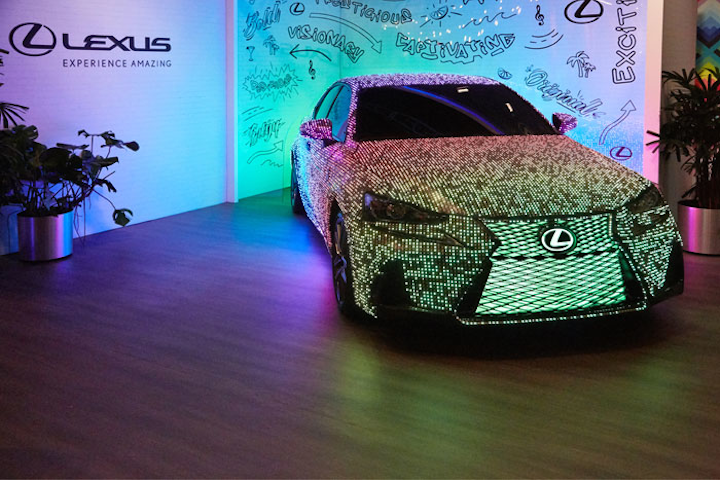 The eighth annual Los Angeles Food & Wine Festival took place August 22 to 26 at Barker Hangar. At the festival’s Grand Tasting space, sponsor Lexus showcased a custom Lexus IS vehicle wrapped in 41,999 hand-applied, programmable LEDs that turned the car into a screen capable of broadcasting graphics and videos. The car, which was named “LIT IS,” was created as part of a partnership between the car brand and video streaming service Vevo to promote singer Dua Lipa’s music video "Be The One.” The installation could interact with sounds and people nearby using three modes: the attract mode, which featured a loop of colorful graphics; the Music Viz mode, which responded to music with LEDs syncing to songs; and the gesture mode, in which the motion of LED animations was controlled by users’s hand movements when they operated a gaming console.

Lyft’s Future Driven: A Ride into the Future 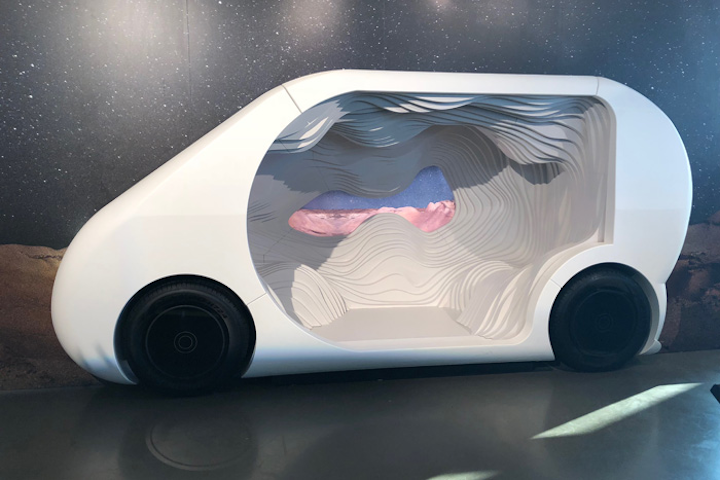 Lyft presented its vision for the brand’s future in the self-driving space with a panel discussion that took place August 22 at the Glasshouses in New York. The event’s signature Instagrammable moment was a futuristic self-driving car instillation designed by Snarkitecture. Created with a mixture of upholstery foam and wood, the installation was meant to reimagine a car interior by creating a monochromatic, topographic landscape that mirrored a cave. The "car" was backed by a wall depicting a starry sky above a desert. 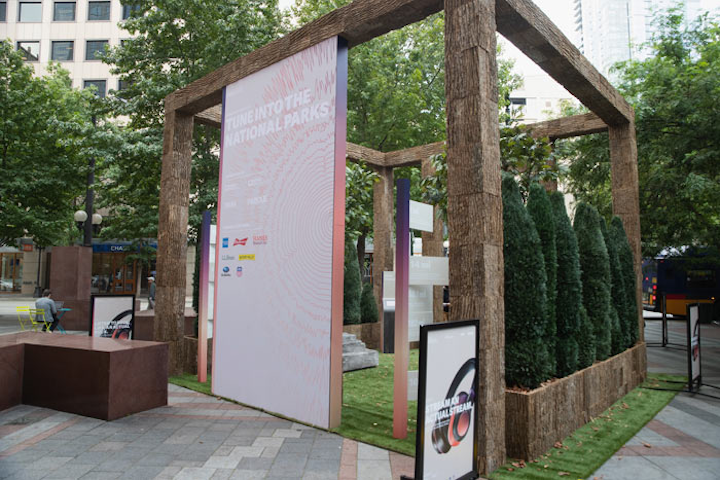 To celebrate the National Park Service’s 102nd birthday on August 25, the National Park Foundation launched an audio experience in Seattle that let people listen to sounds from national parks across the country. The woodsy pop-up space was fabricated by the Taylor Group and consisted of a bark-covered structure, faux grass, and touches of nature. The pop-up was conceptualized by Grey. 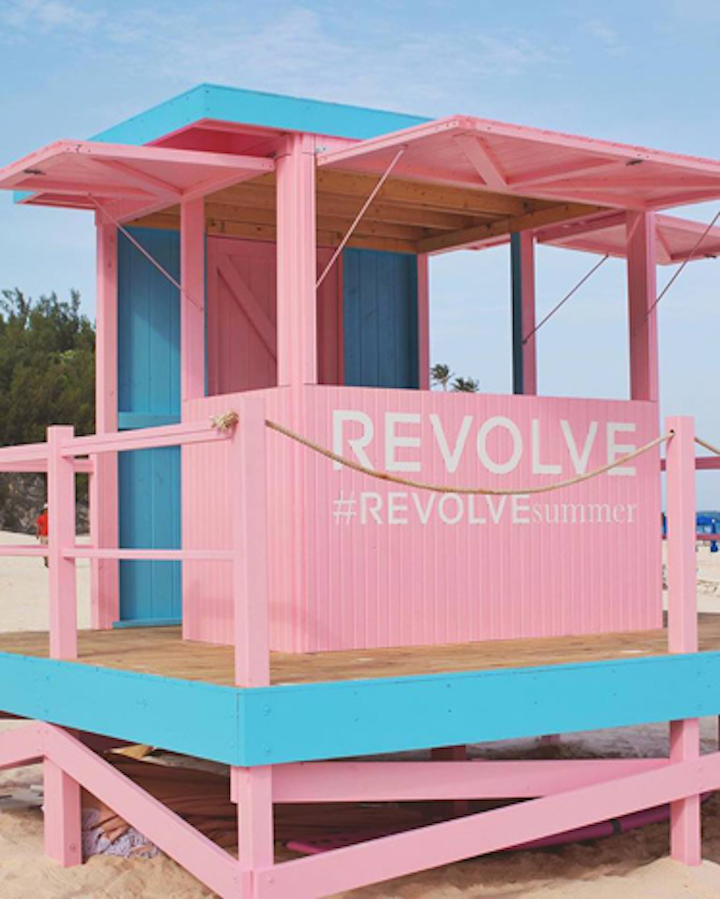 Online fashion retailer Revolve partnered with the Bermuda Tourism Authority to hold a two-weeklong activation in Bermuda in July for influencers. Production company Dasfete and a local Bermudan carpentry crew constructed a pink-hued lifeguard tower that doubled as a DJ booth in less than four days. The Instagrammable tower was stationed on the beach at Rosewood Bermuda venue, and it was such a hit that the resort purchased it at the end of the event. 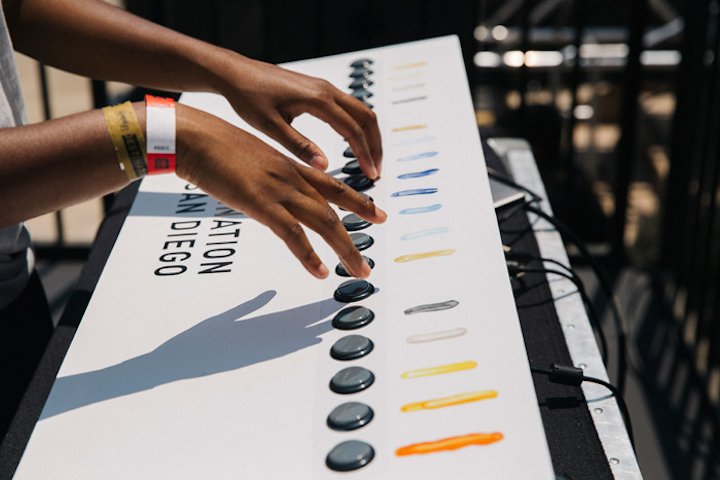 The inaugural Destination San Diego music festival, which formed through a partnership between Adidas and Journeys, took place August 11 at Horton Plaza Park. A highlight of the festival was a living mural. Visitors could contribute to it throughout the day by pushing one of a series of buttons. Depending on the color selected, a new stripe of paint was added. 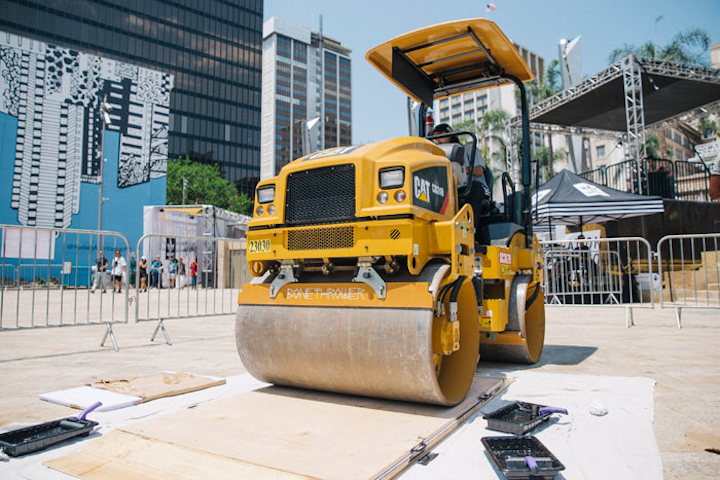 Another interactive art installation involved linocut prints created with an actual steamroller. Starch Creative, which produced the festival, worked with its custom-build manufacturer Purpose Supply Co. to test the steamroller prints before debuting them to the public. 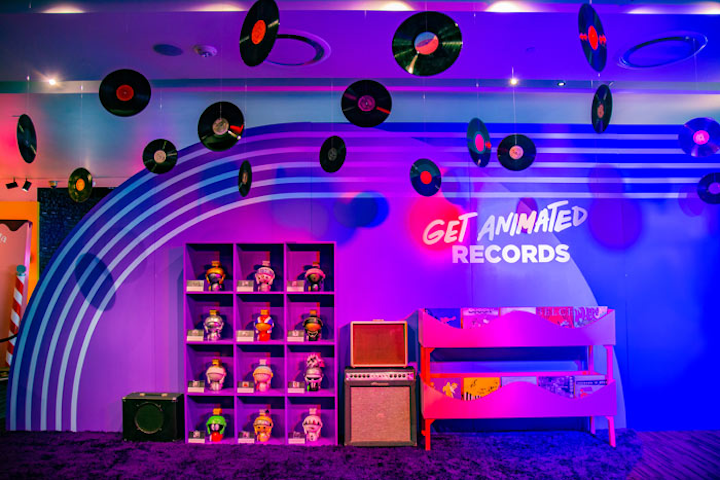 Warner Bros. partnered with the Grammy Museum in Los Angeles to launch an interactive, musical pop-up exhibit August 18 on the museum’s second floor. The pop-up, which runs through September 9, is designed to reimagine moments in animated shows and films. Eleven spaces include the Get Animated Records area, which resembles a record store and features vinyl artwork inspired by classic Warner Bros. characters. Movement Strategy produced the pop-up. 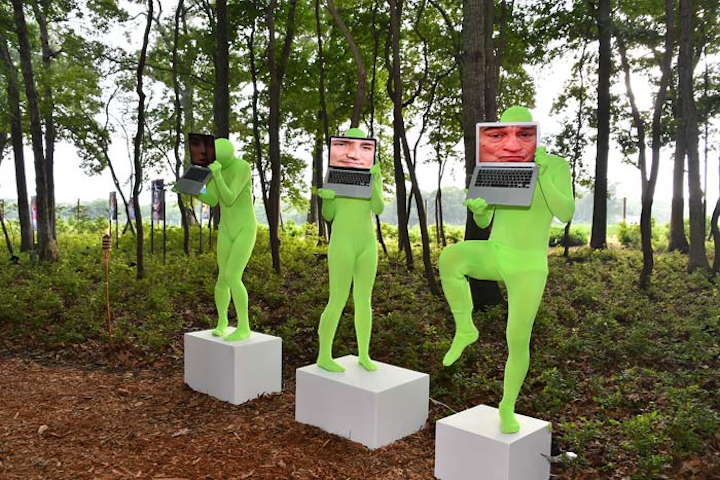 The 25th annual Watermill Center Benefit took place July 28 in Water Mill, Long Island. The event, titled “Time Bomb,” welcomed more than 1,000 guests. Jörg Brinkmann's "The Broad Gave Me My Face But I Can Pick Up My Own Nose" featured three performers clad in neon bodysuits hoisting MacBooks that displayed alternating famous faces such as Sir Elton John, Mr. T, and President Donald Trump, which were choreographed to their movements.