As 5G becomes more mainstream, planners and venues can better incorporate livestreaming and other immersive technology into events. 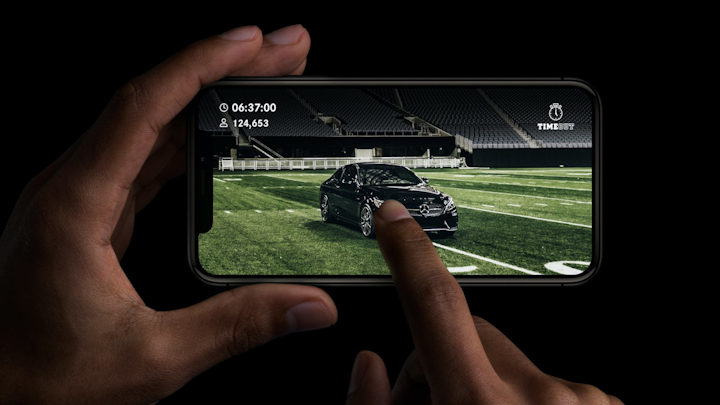 During Super Bowl LII in 2018, Mercedes-Benz USA sponsored a smartphone-based game dubbed Last Fan Standing, during which servers, unfortunately, crashed due to high traffic. According to Richard Torriani, chief operating officer of MCI Group, 5G networks will transform the event industry by allowing for a more customized experience—one that supports mass data services, such as the Last Fan Standing game.
Photo: Courtesy of Mercedes-Benz USA

“5G is going to transform the approach to data-driven solutions in the face-to-face meeting business,” says Richard Torriani, chief operating officer of MCI Group in Switzerland.

2. 5G will make room for services that were previously cost-prohibitive or ineffective.
5G will also enable services that were cost-prohibitive or didn’t work well before, such as live video transmission and mass-scale immersive augmented reality with real-time interactions, says Torriani. According to Torriani, 5G will start making a substantial impact on meetings and tourism in three to five years, once it’s built a critical mass. “It’s going to be a unifying connectivity like electricity—in almost no time we will not be able to do without that flow of information,” he says.

3. The new network will be able to support multiple devices simultaneously, minimizing room for error.
With the improvements, a vast number of devices can be supported simultaneously in a small area, which applies directly to indoor use at conferences and congresses. To meet the demands of the 5G era, networks rely on short wavelength and high-frequency signals, and require a dense deployment of nodes near the user.

4. It's already being put into action for test-runs.
Boingo takes a convergence approach, applying a mix of cellular 5G, Wi-Fi 6, and other spectrums to support enhanced demands. It’s currently working with Verizon to deploy 5G in indoor venues and announced in October the deployment of a 5G-ready distributed antenna system and Wi-Fi network at Louis Armstrong New Orleans International Airport.

Last November, Barcelona piloted a trial along the iconic Passeig de Gracia, enabling visitors to explore the interior of monuments or shop virtually using 5G-enabled mixed-reality headsets. Other pilot projects include Cruilla, the first 5G festival in Europe that took place July 8-10 (postponed from June due to COVID-19), where 3D virtual headsets gave attendees a 360 experience of the show as seen from the stage.