When MTV doles out its moon men on August 29 and celebrities hop from one over-the-top after-party to the next, one guest will be conspicuously absent: New York. After five consecutive years here, MTV's Video Music Awards are heading to Miami. "It needed a little change of pace," explained MTV spokesperson Graham James. "And there's a lot going on in New York this year."

By "a lot," James means the Republican National Convention. The Republicans are bringing a reported 50,000 people, including 15,000 media types, for the convention, which will overtake the city from August 30 to September 2.

Of course, New York didn't own the VMA ceremony, which has been held in Los Angeles nine times in its 20-year history. But the event industry got used to having it around. The VMAs are practically New York's Oscars. On top of the main event, which is broadcast live to millions of viewers, the city hosts dozens of related parties and marketing stunts held by magazines, record companies and celebrities, keeping event planners and their vendors abuzz with business.

The impact of the move to Miami on the New York event industry can be felt at every level of the event planning food chain. "You count on it and look forward to it coming around," says Jill Simon of Greenroom, who helped design the backstage area of the award show last year. This year she's looking for a way to make up for the missing business.

Amy Sacco, owner of Lot 61 and Bungalow 8, has hosted VMA-related parties for MTV, Sean "Puffy" Combs and Interscope. "It's probably a $50,000 per space loss at a minimum," she laments. And then there are the intangible losses, such as the PR and marketing value of hosting the recording industry's biggest bigwigs and gaining an influx of business during a notoriously slow month. "We're extremely bummed."

The Catering Company typically caters the award show's green room, and co-owner Suzanne Gilliam says she was disappointed to learn she wouldn't get to participate this year. Going to Miami wasn't even an option because MTV chose a venue, American Airlines Arena, with an in-house caterer.

But not everyone is missing out on the party. Some industry players are hoping to pack up the sunscreen and seize a piece of the business in Miami. MKG Productions president Maneesh K. Goyal, who produced Puffy's 11 PM to 6 AM soiree at Show last year, is in talks with two different party hosts.

Goyal expects an increase in expenses since he won't be working with many of his preferred vendors from New York. Another difference? "New Yorkers know the drill with high-profile events," he says. "You don't show up to Puffy's party unless you're invited. There, people are going to show up."

Among the other challenges of adapting to the Miami party scene is finding the right local vendors. "The ones who can absorb the learning curve the fastest will have the more successful events," says Brian Gordon, a former Bragman Nyman Cafarelli executive who recently left New York to start Miami Marketing Group in Florida, where he and partner Dave Grutman are producing VMA-related bashes for Paris Hilton and Outkast.

One event planner facing that learning curve was Brett Kassan, promotions associate for Blender. When we spoke to her in June, she was in the midst of finding the right venue for the party—a challenge considering the limited number of venues compared to New York. "There are fewer places to do an event than in Manhattan, where you have a spread of a million clubs," she says. "It's harder to find a big venue that can accommodate a lot of people."

Regardless of what happens in Miami at the end of August, the New York event industry will be plenty busy. The NYC Host Committee, the organization created to host the R.N.C., says the convention's overall economic benefits to New York will be in excess of $265 million. And New York's event planning industry is sure to get a piece of the action.

That will more than offset the financial loss of MTV's move. Although there are no official numbers for the VMAs, various reports estimate that the similar-sized Grammy awards bring between $23.2 million and $40 million to their host city each year.

But unlike the VMAs, the Republicans offer little in the sex appeal department. "If anything will hurt the nightlife of New York, it'll be the thousands of Bush supporters trying to get into Marquee and the Flat with their suits and ties still on," says Matt Heien, head of the east coast entertainment division for Bragman Nyman Cafarelli, who planned last year's VMA after-party for Maverick Records and Sony PlayStation at the Four Seasons. "That'll ruin a good scene real quick."

This story originally appeared in the summer 2004 issue of the BiZBash Event Style Reporter newspaper. 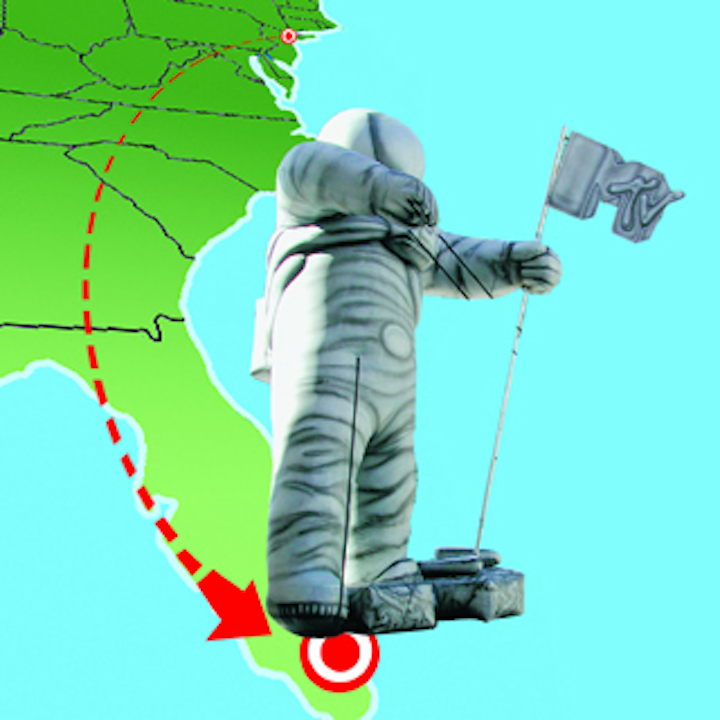