Golden Globes night is famously one of the biggest of the year for splashy event decor in town. And HBO's over-the-top party often leads the way, when it takes over restaurant Circa 55 and the adjoining pool area at the Beverly Hilton, the site of the ceremony itself. This year's party—with an informal theme of "sparkle, shimmer, shine"—was no exception. HBO vice president of special events Eileen Rivard produced Sunday night's celebration, again tapping longtime partner Billy Butchkavitz to design it.

Outdoors, fire pits flickered against the rain—which came a night earlier than forecast, creating a soggy Globes experience. Most opted to stay under tents or indoors, however, making for a crowded interior and a decor heavy—but mostly vacant—uncovered outdoor area.

DJ Henry Self manned the DJ table, spinning uptempo music for a small crowd of dancers on a floor under a tent shielded from the rain. 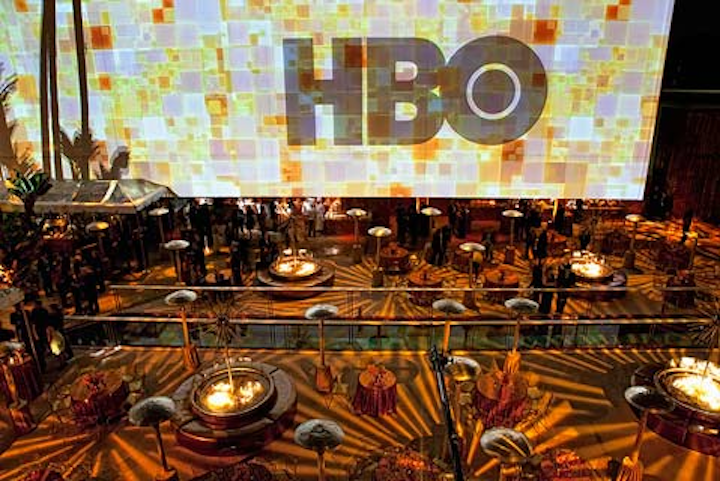 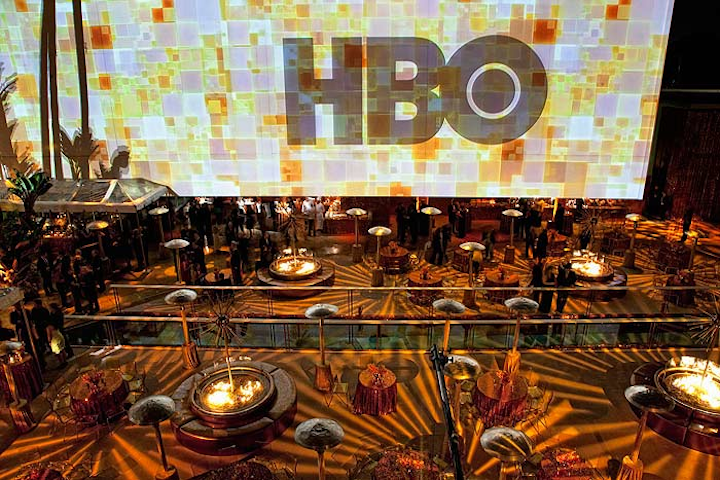 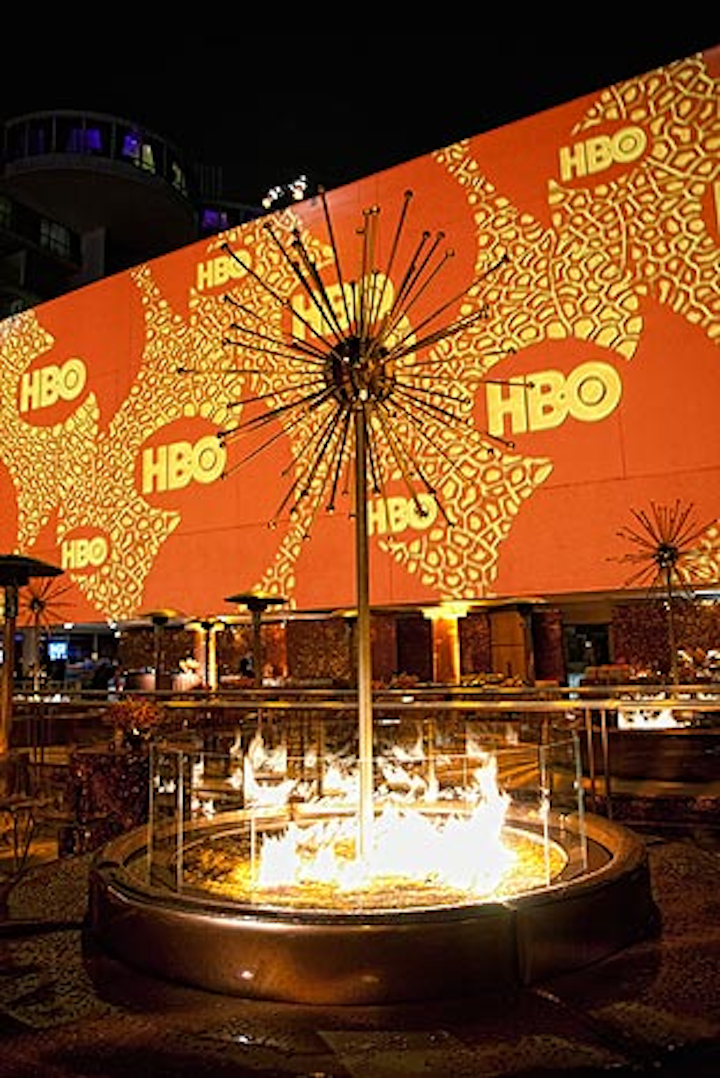 Fire pits burned in the poolside space, which was mostly abandoned in favor of shelter from the rain.
Photo: Gabor Ekecs 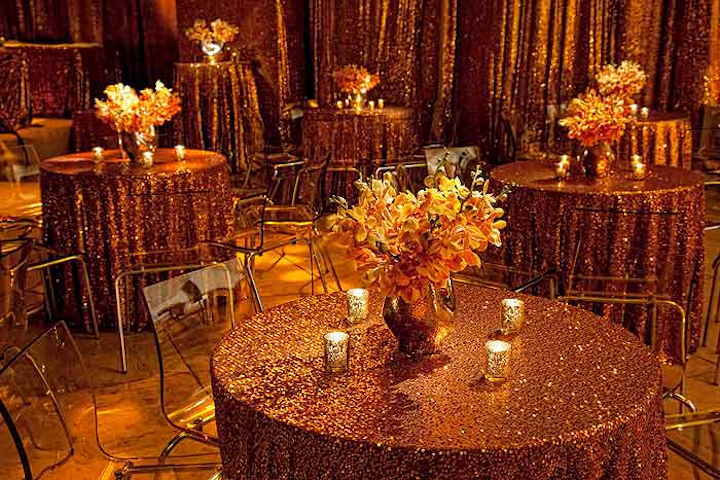