Since the Emmys have moved to an earlier date this year, so did the preview to reveal the related events' typically splashy look. At a press conference and tasting on Tuesday morning, the Academy of Television Arts & Sciences debuted the decor of the show's big parties, which will mimic the look of a starry sky—contrasted against last year's bold, Xanadu-inspired jewel tones.

The celestial look will transform the West Hall of the Los Angeles Convention Center for the Creative Arts Emmy Ball on August 21, and the Primetime Emmy Governors Ball that follows the award program on August 29. Nearly 3,000 guests are expected at the Creative Arts event, and 3,600 for the Governors Ball, billed as the largest formal dinner in the United States. For the 13th consecutive year, Sequoia Productions, headed by Cheryl Cecchetto, will produce the ball. Dwight Jackson, Russ Patrick, and Joe Stewart are its chairs.

A 60-foot-wide elevated dance floor will serve as the focal point of the 124,000-square-foot party space, and a six-foot-diameter mirror ball will be suspended over the center of the platform. About 3,000 smaller mirror balls will hang from the ceiling creating the look of vast open skies.

Patina Restaurant Group, headed up by chef Joachim Splichal, returns to cater the event, with an emphasis on farmers' market-fresh ingredients, as is typical for the caterer. For the fifth year, Grey Goose is the official spirits sponsor, and will mix its signature drink, the Emmy (Grey Goose L'Orange, peach brandy, fresh lime, peach bitters, simple syrup, and a peach slice). Napa Valley winery Beaulieu Vineyard, the official wine sponsor for the seventh year, will pair its Carneros Chardonnay, Georges de Latour Private Reserve Cabernet Sauvignon, and Muscat de Beaulieu to the meal's three courses. This year's official dessert sponsor is Duncan Hines, which will provide keepsake brownie boxes on guests' seats, as well as the dessert course created by Patina's executive pastry chef Philippe Muze. 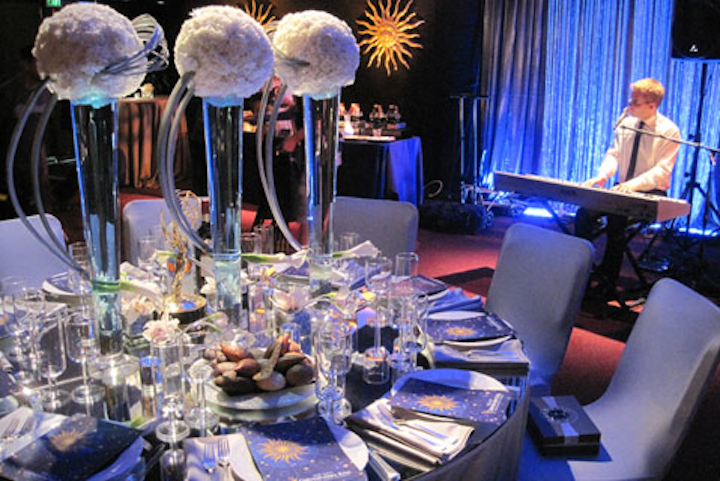 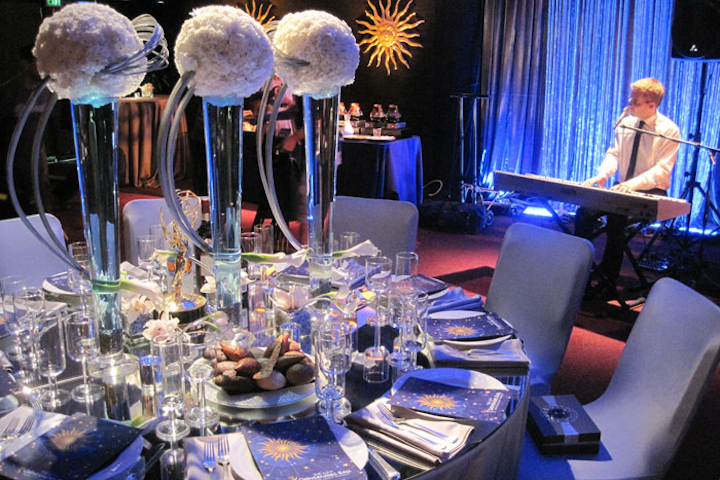 The 2010 Creative Arts Ball and Primetime Emmy Governors Ball will get a celestial look.
Photo: BizBash 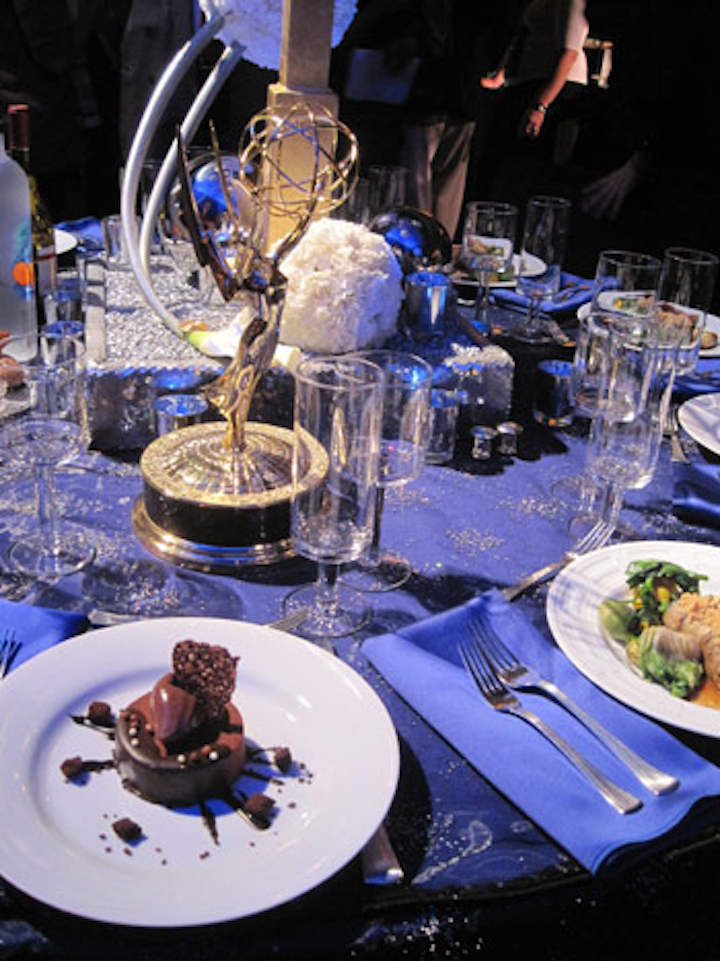 Patina once again returns as the caterer for the massive dinner.
Photo: BizBash
More in Event Production & Fabrication