The immersive January showcases from Chanel, Dior, and Zegna brought gardens, scaffolding, and musicians to the runway.

By European standards, the recent round of men’s shows in London, Milan, and Paris—not to mention the few days that comprised haute couture in the City of Lights—failed to present the kind of striking productions the fashion industry has come to expect from designers and brands that reside on the other side of the Atlantic. That’s not to say all was lost. As expected, Chanel and Dior led the way with their continued creative streaks at couture. And two men’s shows—Dior Homme and Ermenegildo Zegna—also brought dramatic visuals to the runway. Here’s a look at four January fashion shows that, from a pure production perspective, stood head and shoulders above the rest. 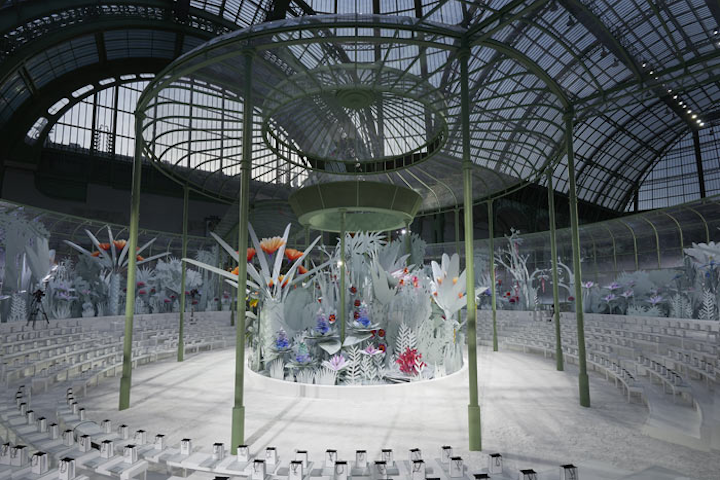 Inside the luxuriant greenhouse, Karl Lagerfeld delivered his ode to springtime. Guests sat in one large circular formation on tiered rows, flanked on both sides by the faux garden. 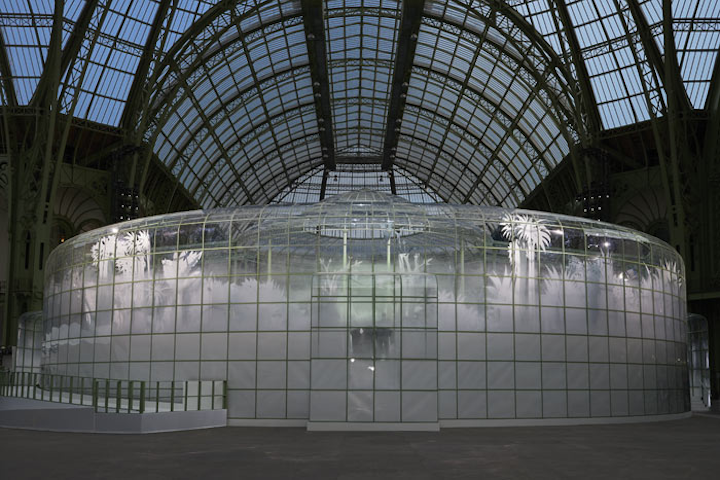 Guests arriving at the January 27 Chanel haute couture show were met by a gigantic circular white garden installed beneath the dome of the Grand Palais in Paris. Designated entrances were built to help direct traffic flow as guests made their way in. The sub-roof was kept transparent to allow the sun's rays in.

It took six months to make the 300 flowers that decorated the Chanel set. Each flower had its own "engine" and burst into full technicolor mechanical bloom after a model at the show's start applied a theatrical "splash" from a CC-branded watering can. 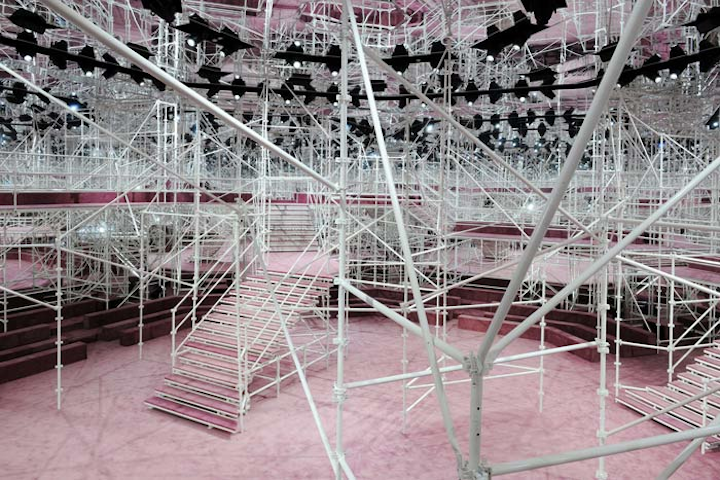 Held at the Musée Rodin venue that designer Raf Simons has utilized for the majority of his Dior shows, the January 26 Dior haute couture show, which had guests enter a stark white box, appeared deceivingly simple. Inside, however, the fully mirrored venue was revealed to be a spiral of glossy white metal scaffolding. Produced by Bureau Betak, the runway was a catwalk that snaked upwards in circles, with guests seated on multiple levels as the models paraded up and down on wall-to-wall soft pink carpeting. 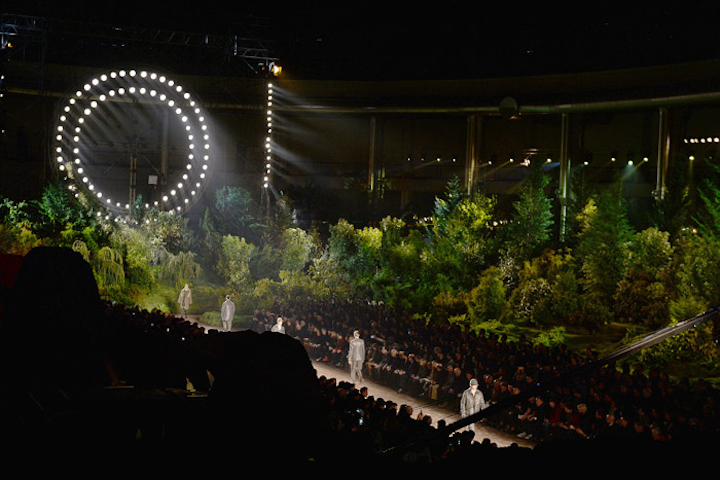 Stefano Pilati's January 17 menswear show for Ermenegildo Zegna was held at the CityLife Palace on the Piazza VI Febbraio (the site of Milan's former fairgrounds) in order to accommodate not only a sizable runway set, but to also seat as many as 1,000 guests. Urban Production oversaw the undertaking, which featured nearly two dozen different species of plants, including aucuba, fern, oat grass, medlar trees, and viburnum thymus. 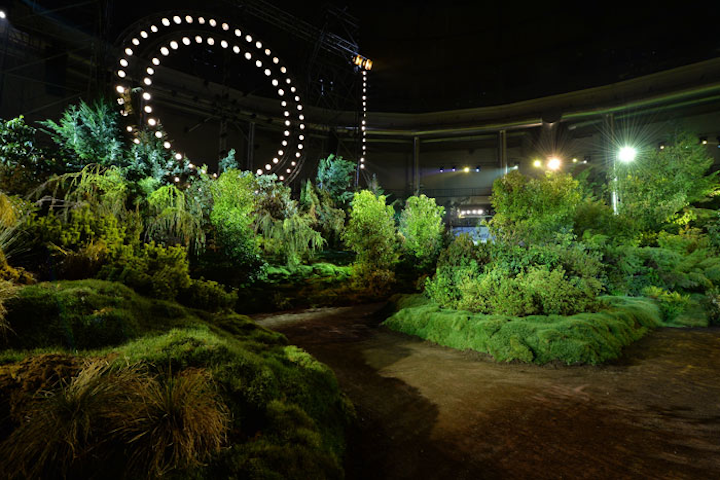 Massive mounds of earth surrounded a live deciduous forest, with a soundtrack of birdcalls and rolling thunder playing overhead that further accentuated the show's eco slant. The vegetation, inspired by Oasi Zegna, a company-funded reserve in the Biella Alps, will subsequently be replanted in the region's Biella mountains. 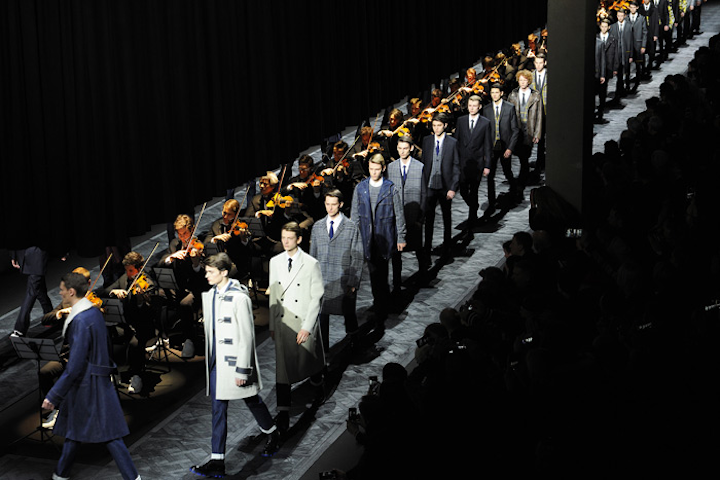 For designer Kris Van Assche's fall 2015 Dior Homme show on January 24, the designer shrouded the Tennis Club on the Périphérique in Paris in darkness, with a floor-to-ceiling black curtain guarded by security. As the show commenced, the curtain lifted slowly to reveal an orchestra of more than 30 members lining the full length of the runway. For the theatrical moment, all the musicians, who played a specially commissioned version of Koudlam's "The Landscapes," were clad in Dior Homme—a fitting complement to the show's emphasis on formal evening wear.