Savannah College of Art and Design debuted a first-of-its-kind on-campus exhibition for its 40th anniversary. 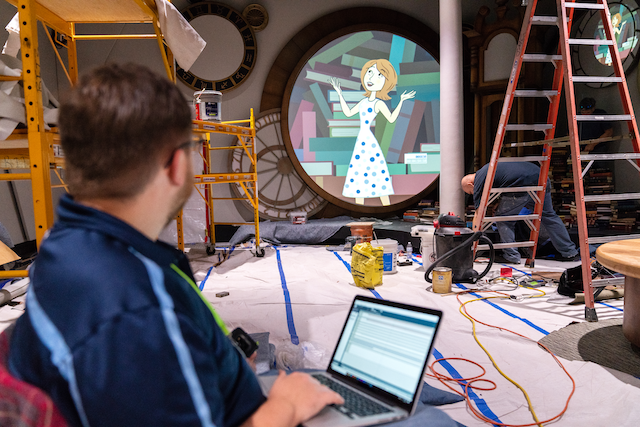 The experience is narrated by an animated version of founder Paula Wallace who guides visitors through the early years of the university.Photo: Seth F. JohnsonSAVANNAH, GA.—To celebrate Savannah College of Art and Design’s 40th anniversary, the educational institution and BRC Imagination Arts teamed up to create a unique on-campus experience.

SCADstory, a 360-degree, immersive experience that opened April 26, explores the school’s history, starting with its founding by an elementary school teacher from Atlanta.

“Before we even had a concept, SCAD handed us a book and said, ‘This is the story of SCAD. Everything you need is in here.’ That book was The Bee and the Acorn, the memoir of SCAD founder and president Paula Wallace,” said Matthew Solari, creative director at BRC Imagination Arts. “One beautiful sentiment in particular was the key that unlocked the entire concept: ‘My life portrait has been guided, sustained, enlivened by vignettes that string together like Sargent’s pearls. One pearl leads to another when you’re stringing a necklace that rests close to your heart.’”

The space, which spans 1,500 square feet, has 11 projectors, and uses a theatrical L.E.D. lighting system with over 22 million pixels, takes guests through a series of whimsical, emotional vignettes, narrated by an animated Wallace who guides visitors through the early years of the university. SCADstory also highlights many of the disciplines offered at the school, including animation, architecture, branded entertainment, cinema studies, dramatic writing, illustration, immersive reality, sound design, and visual effects.

“Instead of creating a conventional exhibition or documentary-style video, we envisioned a space filled with memories and moments—a series of immersive and emotional vignettes that would ‘string together’ to tell the story of an audacious dream. It’s a universal story that everyone can relate to,” Solari said.

The Los Angeles-based experience design and production agency usually works with high-profile venues and cultural institutions such as the Grand Ole Opry, Ryman Auditorium, the Rock and Roll Hall of Fame, and Milwaukee Brewers’ Miller Park. But Solari said that a university proved to be no different than a corporate client. “Their goals may be different, but the roadmap for achieving those goals are very similar. Today, corporations are strengthening brand love with customers by celebrating shared values, while mission-based institutions like SCAD are becoming more innovative and entrepreneurial. But ultimately the goal of any project is to connect the heart of the brand to the heart of the audience.”

The experience debuted as part of the college’s larger SCAD40 WKND, which took place April 25 to 28 and featured three days’ worth of programming including the Sidewalk Arts Festival, where students and alumni created colorful chalk art masterpieces.

In addition to showcasing SCAD’s past, present, and future, “the primary goal of SCADstory is to increase student enrollment by celebrating the dreamer in all of us and showing that success comes through hard work and persistence,” Solari said. “Similarly, it is also a tool for faculty recruitment and retention and a love letter to the people and the city of Savannah.”

SCADstory, which is located in Poetter Hall, is free with a suggested donation of $5. All proceeds go toward student scholarships. 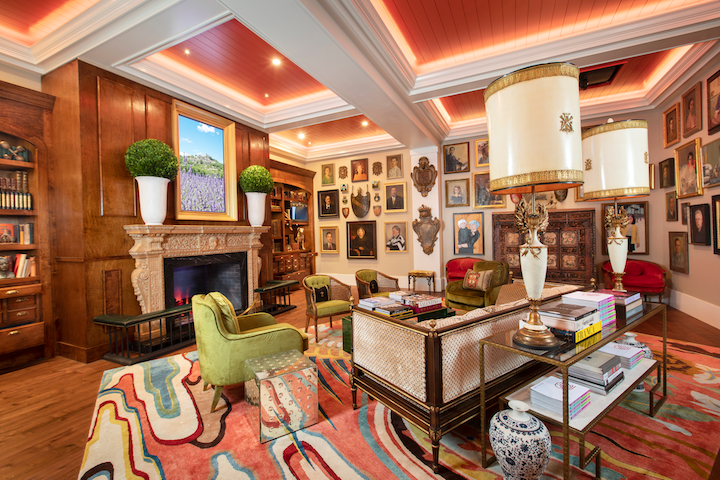 “There is nothing like SCADstory at any university in the world. As an innovator and a trailblazer in the world of higher education, it’s very fitting that SCAD be the first,” Solari said.
Photo: Chia Chong 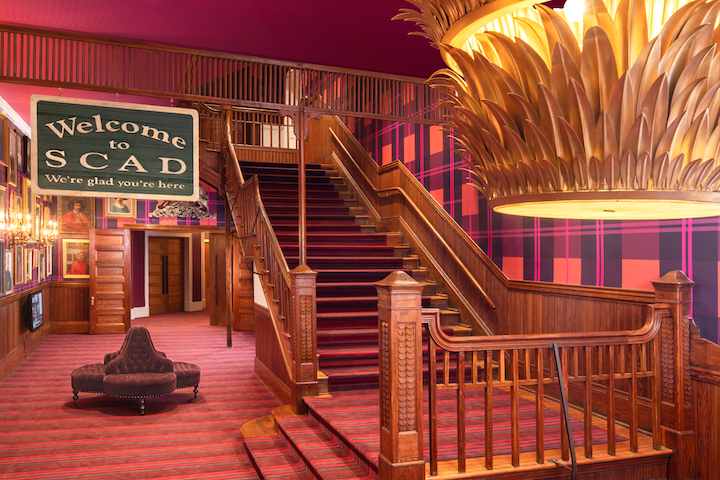 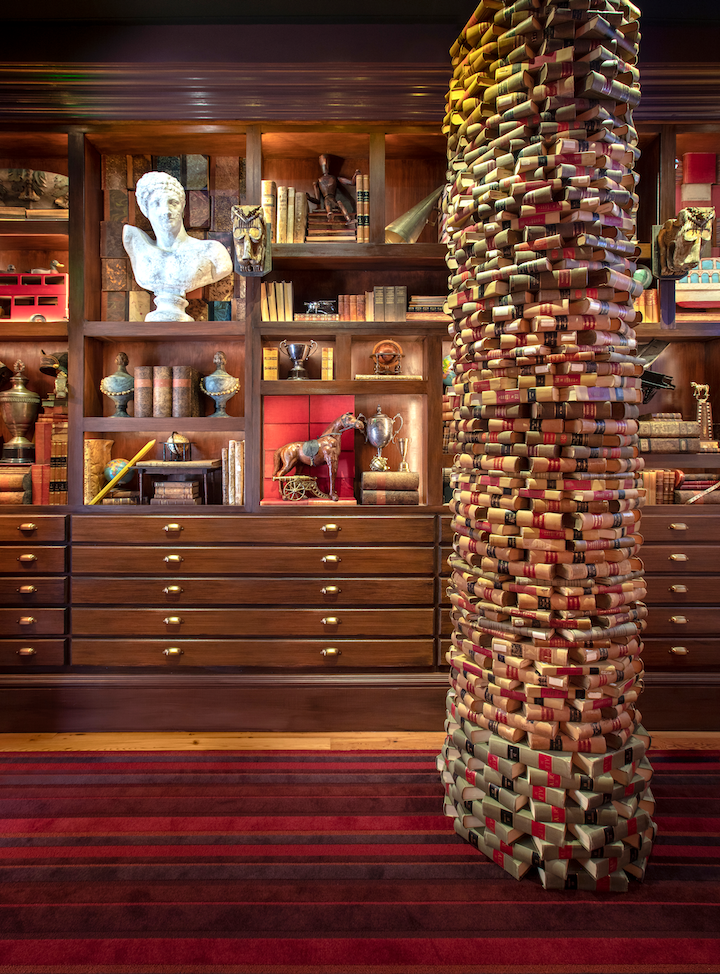 Several SCAD alumni contributed to the design and production of SCADstory along with the experience designers at BRC Imagination Arts.
Photo: Chia Chong 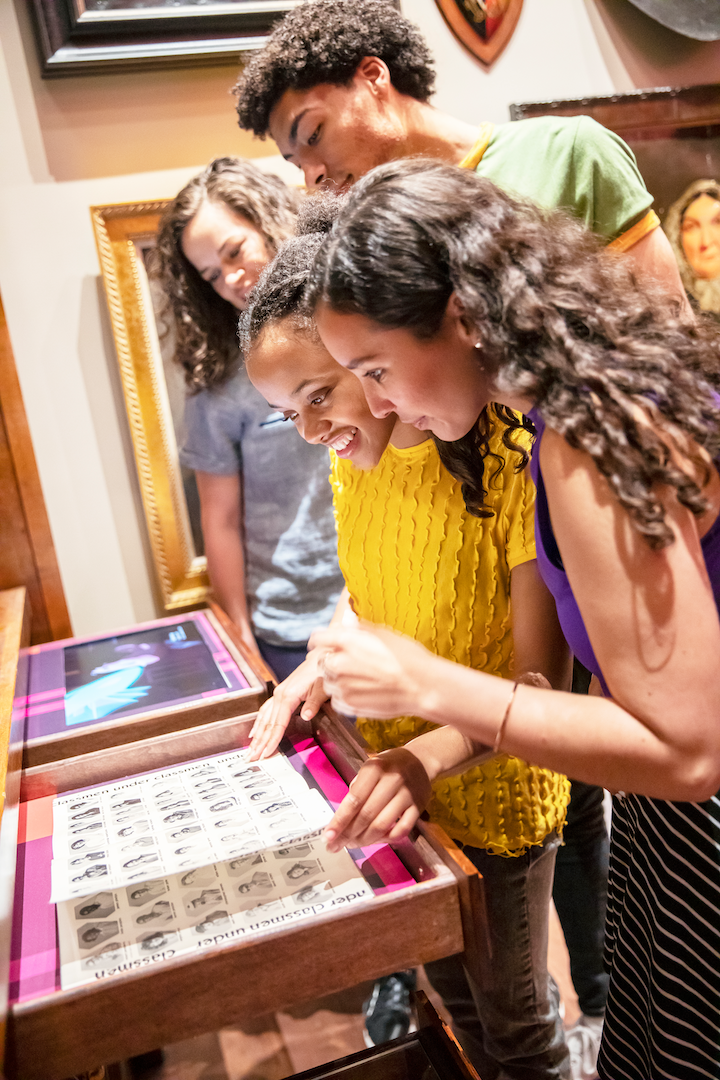 The experience debuted as part of the college’s larger SCAD40 WKND, which took place April 25 to 28.
Photo: Chia Chong 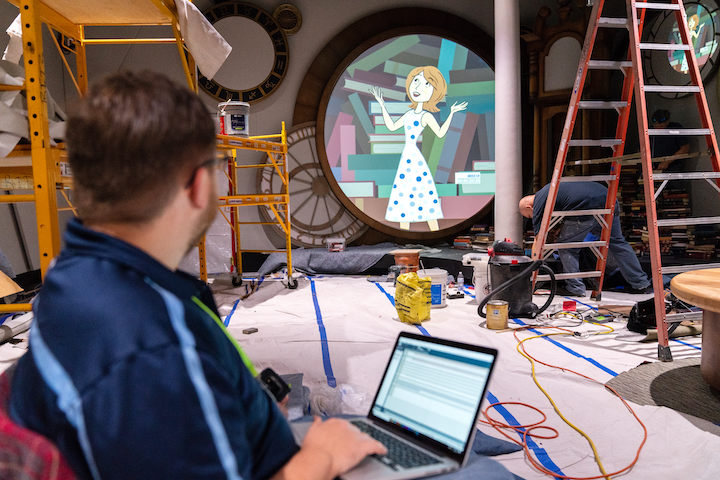 The experience is narrated by an animated version of founder Paula Wallace who guides visitors through the early years of the university.
Photo: Seth F. Johnson 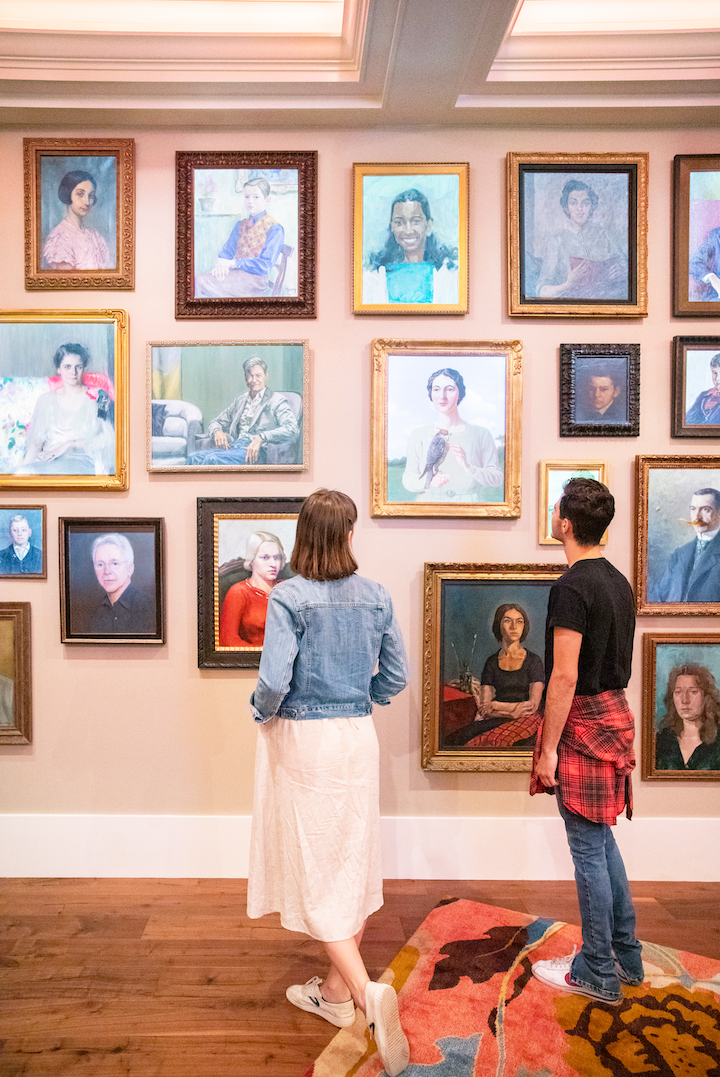 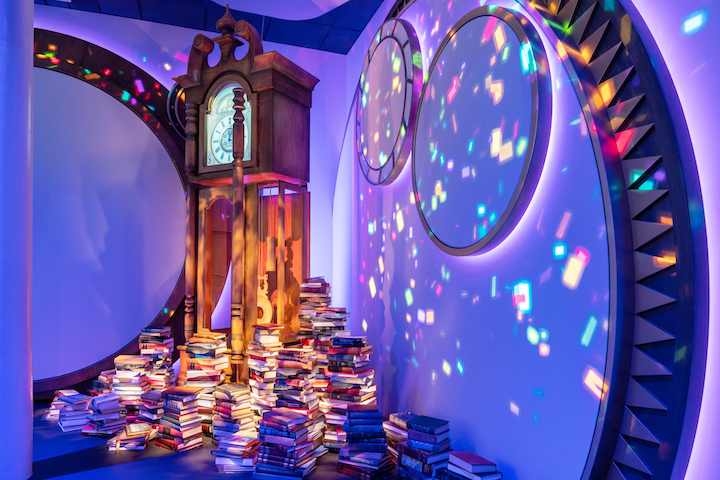