The beverage brand unveiled the new marketing campaign with a day of events for media, bloggers, and fitness instructors.

Propel Electrolyte Water will host a series of workout events for consumers in cities across the United States beginning May 16 in Miami and ending with a two-day festival in Los Angeles in mid-August. The events are known as Propel Co:Labs because they are a collaboration between the brand and fitness instructors in each of the host cities. New this year, the company has partnered with entertainer Jessie J who created a fitness chant—“Let’s Get Ugly”—to tie into the campaign’s theme.

“’Let’s Get Ugly’ is all about celebrating the moments in a workout when you’re going all out, and it shows; those times when you want to give in, but you push through to be your best self,” said Gina Hardy, senior director of marketing for Gatorade and Propel, in an email statement. “Propel … wants to help people to push themselves to achieve their best workout, and wanted to partner with an artist that shares that same drive and passion for fitness. Jessie J has a powerful, unique voice and a remarkable talent for creating memorable music that people love.”

To kick off the campaign, Propel hosted a private event for media and influencers throughout the day on April 12 at Spring Studios in New York. The brand flew in bloggers and fitness instructors from its target cities to take part in workouts and to learn about the beverage. And in the evening, the brand hosted a media event that included an appearance from Jessie J, workouts led by Prevail boxing gym and Yoga for Bad People, and an after-party with cocktails.

The free Co:Labs are scheduled for Miami, Denver, Chicago, New York, and Los Angeles from mid-May through early August, and will offer classes from local instructors and music from DJs. The campaign culminates with a two-day Co:Labs Fitness Festival in mid-August in Los Angeles.

“Propel Co:Labs is Propel’s way of uniting local and national fitness communities through fitness, music, entertainment and culture,” Hardy said. “By activating at a grassroots level, integrating in to local communities, Propel is looking to inspire and motivate consumers towards their best workout.”

As part of the campaign, Propel is partnering with Pandora and Under Armour Map My Fitness, which will be launching music- and fitness-geared programs later this spring. 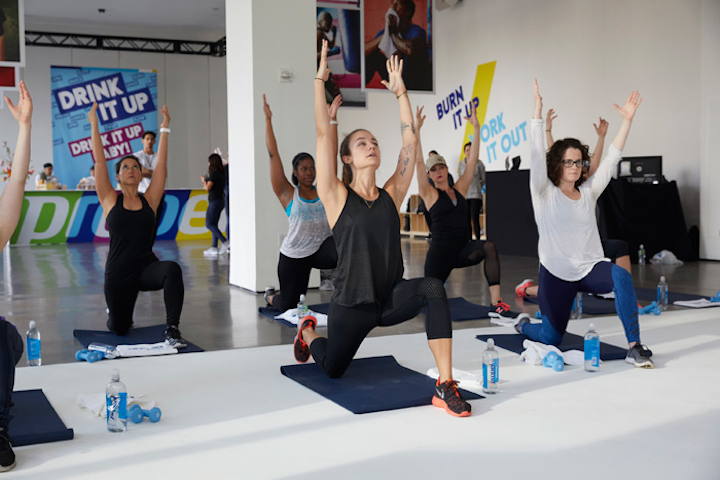 The invitation to media and influencers instructed them to come dressed in workout gear.
Photo: Courtesy of Propel 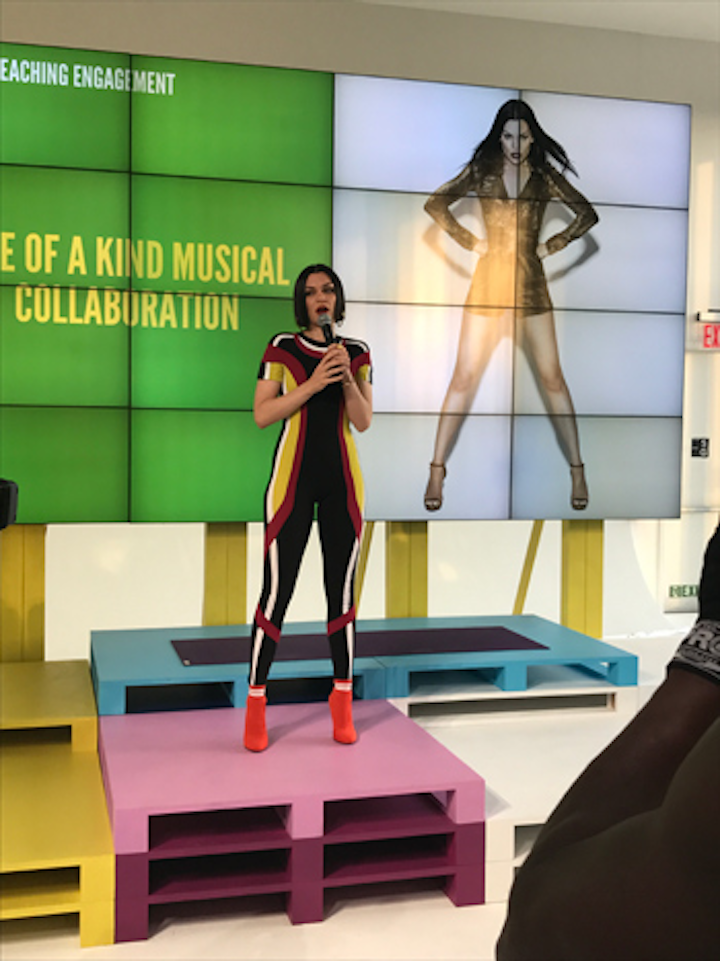 Singer Jessie J spoke to the fitness instructors, wellness bloggers, and media in the audience to promote her partnership with the brand.
Photo: Beth Kormanik/BizBash 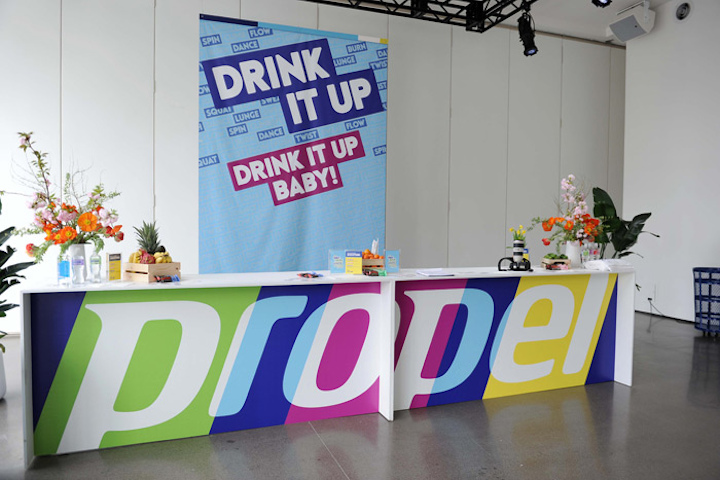 Spring florals decorated the drink counter, where guests could sample different flavors of Propel and, after the workouts, sample smoothies mixed with Propel.
Photo: Courtesy of Propel 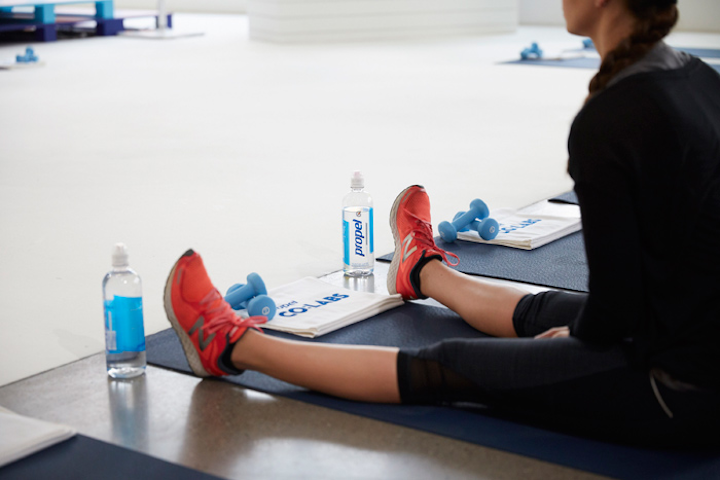 Propel invited bloggers and media members to experience yoga and boxing classes at the kick-off event for it's new "Let's Get Ugly" campaign.
Photo: Courtesy of Propel 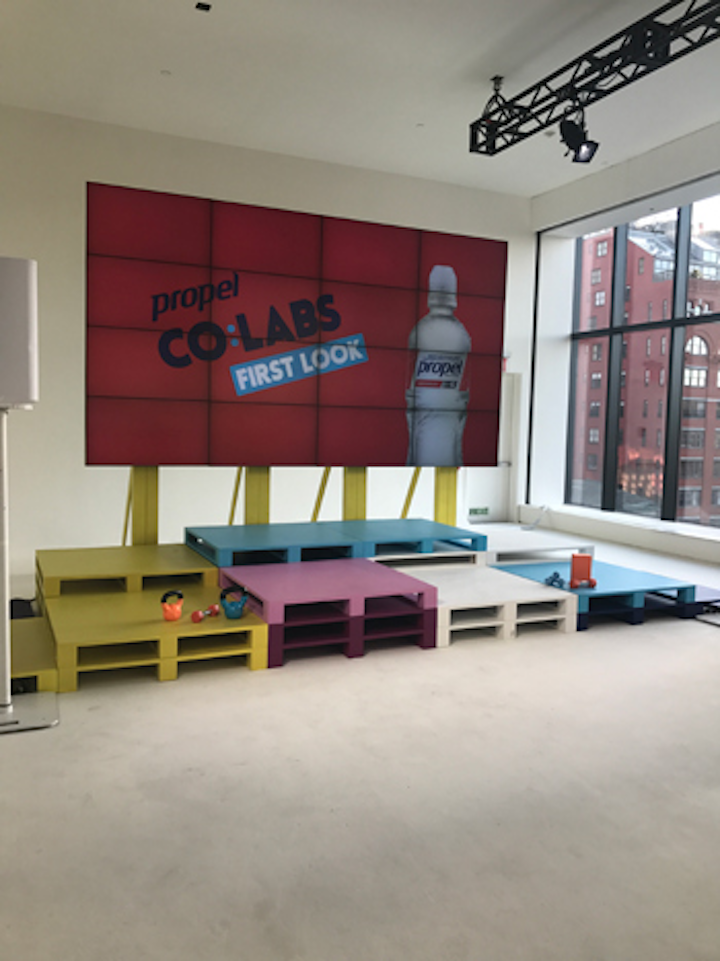 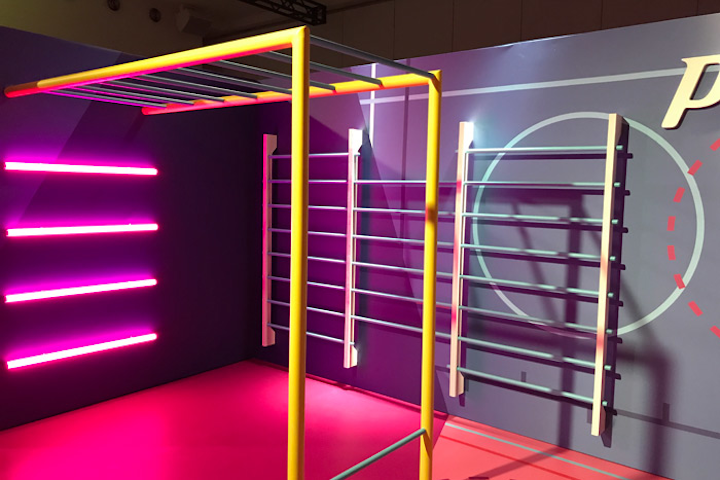 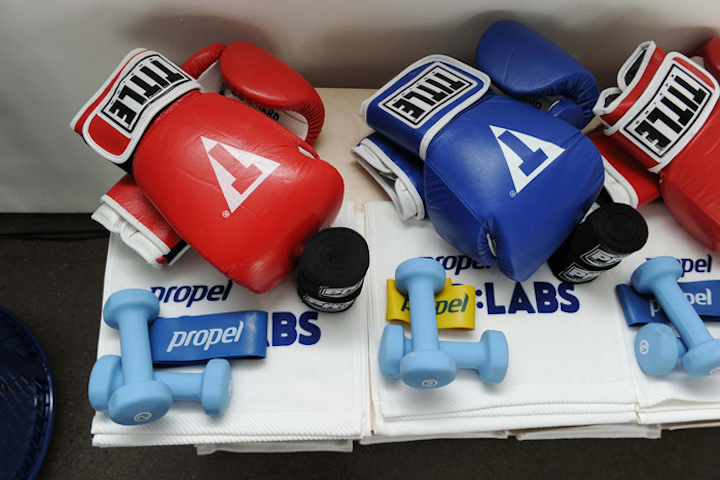 Propel provided attendees with the gear they needed to do the workouts, including Propel-branded towels and bands.
Photo: Courtesy of Propel
More in Experiential, Activations & Sponsorships