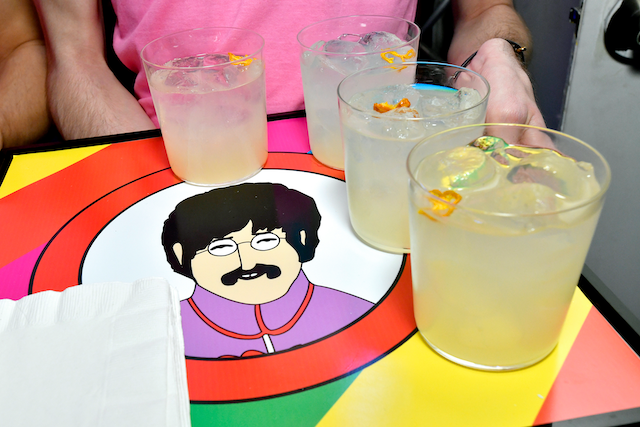 Catering from Creative Edge included the “Sgt. Spicy Pepper Margarita” on custom trays.Photo: Eugene Gologursky/Getty Images for Sony MusicNEW YORK—More than half a century after the beloved band’s formation, the Beatles continue to attract crowds with their unwavering stardom and influence. On the evening of December 10, Beatlemania was in full force as some 120 fans and collectors gathered at the opening party of a pop-up shop featuring the legendary music group’s new merchandise products.

Just in time for the holidays, Sony Music’s merchandising division, the Thread Shop, and the Beatles’ company, Apple Corps, created the pop-up to announce their new partnership. The global music conglomerate signed a licensing agreement in September that gave it North American merchandising rights for the band’s products.

“We wanted to really kick off the partnership with something very special,” said Howard Lau, head of the Thread Shop. “We didn’t want to just put out a general announcement saying we signed with the Beatles, so we put a lot of creative effort into this to show that we do things big and better.”

The pop-up shop on Soho’s Mercer Street showcased nearly 100 different items for sale, including holiday sweaters, fun socks, tableware, tree ornaments, and even a pinball machine. The space integrates the products into the overall design—with T-shirts and beanies hanging from the walls and collector goods lining exhibit tables and shelves—filling every inch of the room with Fab Four-theme gear.

From the streets, the pop-up was hard to miss. The façade of the building is painted with rainbow stripes and stars, iconic Beatles imagery, and the band’s name in its signature font. Upon entering, guests were greeted by a Queen’s Guard keeping watch at the door while the soundtrack blasted classic Beatles songs.

Despite the narrow interior space, the production team used it efficiently to create multiple interactive experiences. In the front of the room, guests could step inside three album cover-theme booths, not only to look at merchandise, but also to take pictures in the immersive vignettes. Toward the back of the space, guests could play pinball or try out a replica of the Beatles’ drum set.

“We were thinking about how we could make real Beatles’ fans and collectors happy as well as the casual Soho passerby-er,” said Kaki Stergiou, head of content at Sony Music. “We wanted to create something that really was able to extend virally and digitally beyond physical consumption.”

Another consideration of the event’s production was “authenticity,” and making sure the Beatles themselves would have been happy, Stergiou says. The food lineup was vegetarian to account for the diets of multiple members of the Fab Four, and the drink menu was composed of British spirits and the “Sgt. Spicy Pepper Margarita.” The food also nodded to songs, such as the “Yellow Submarine” veggie sub and the “Strawberry Fields Forever” tartine.

Besides focusing on the Beatles, the shop also embraced the theme of the holiday season. The 60’s mod lounge, decorated with Christmas trees that showcase for-sale ornaments, provided a respite for anyone who needs a break from holiday shopping. The gift-wrapping station, named after the famous song “Help!” packaged customers’ purchases with a black-and-white Beatles wrapping paper, which was also for sale.

From conception to buildout, the pop-up came together in just three weeks, Lau said. Construction work was still in progress the night before the opening party.

The Beatles pop-up shop, located at 163 Mercer Street, was open from December 11 to 22. 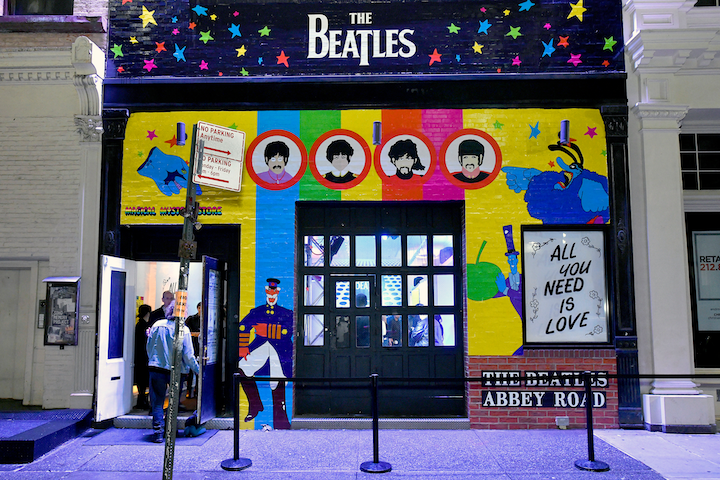 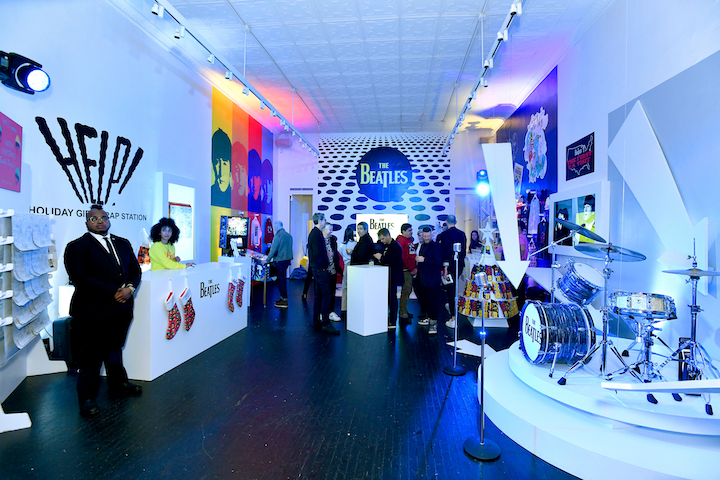 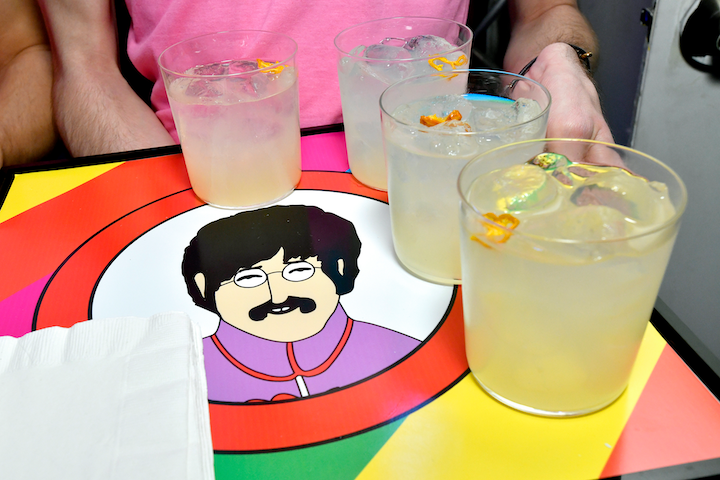 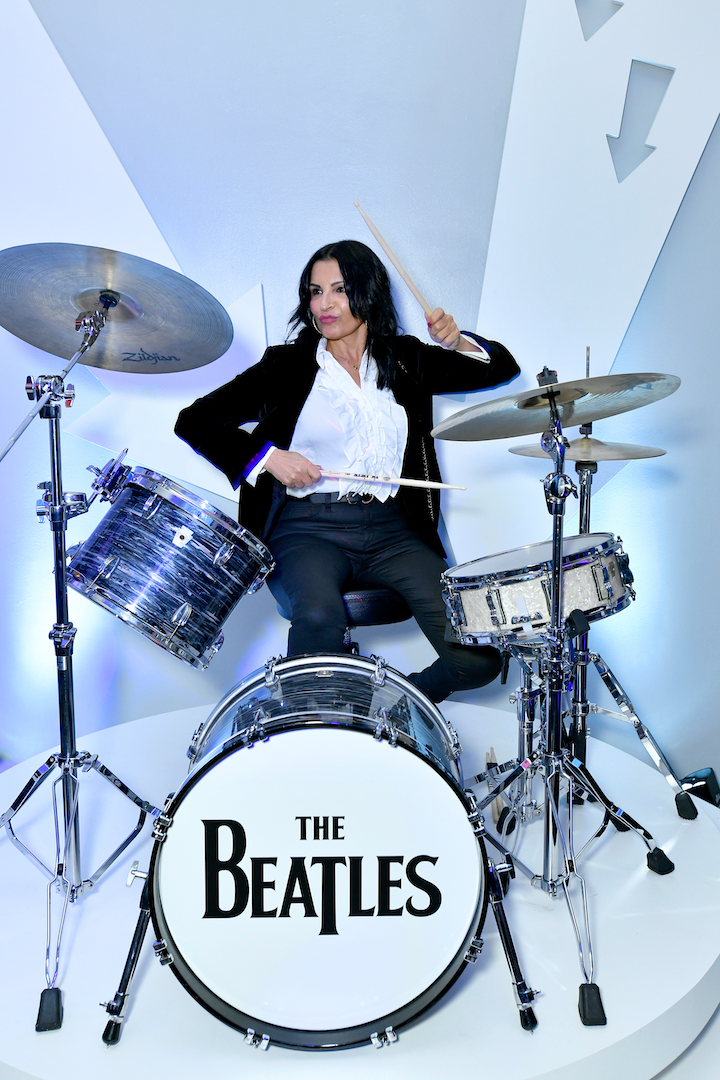 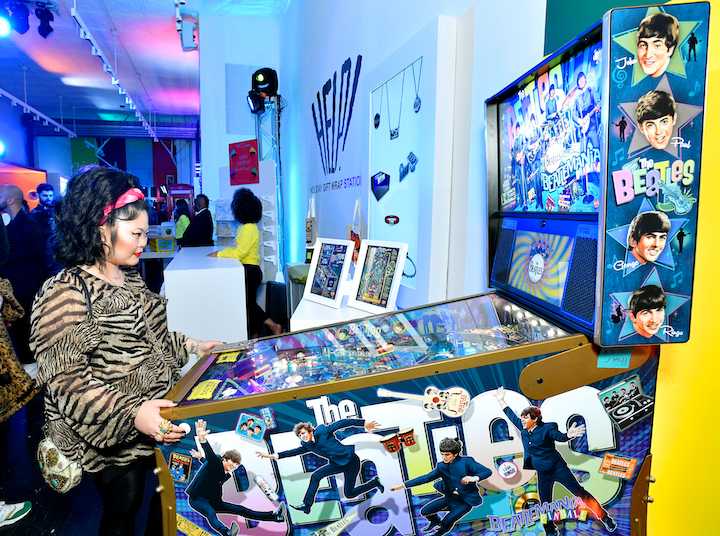 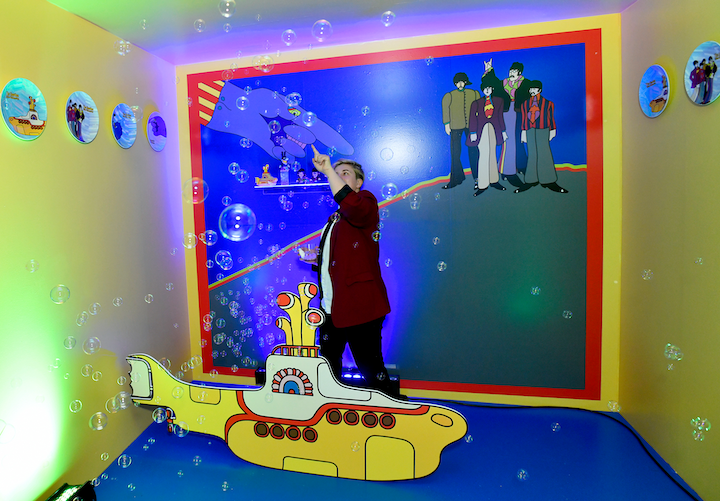 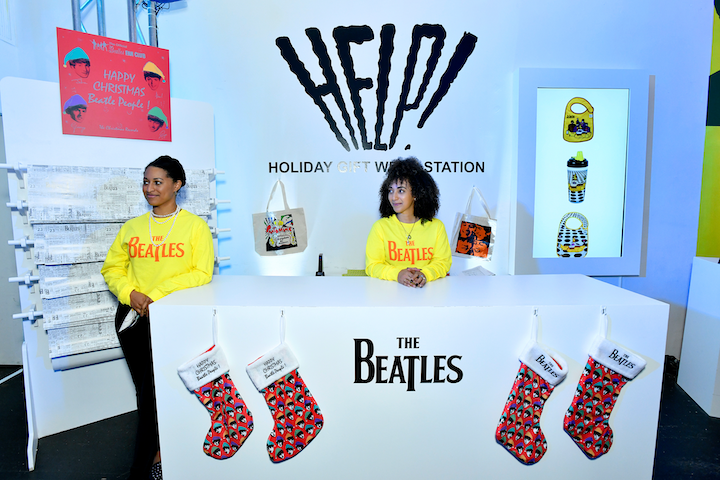