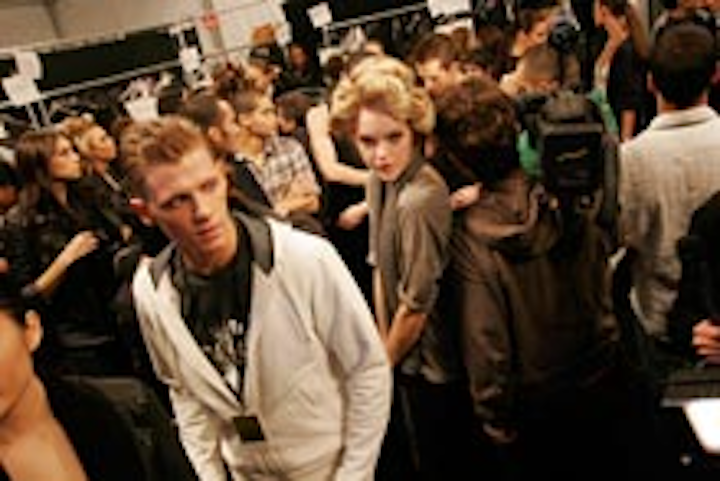 Inside the tents at February's Fashion Week
Photo: Keith Sirchio for BizBash

Mercedes-Benz Fashion Week is edging closer, and we've got more news on this season's slew of shows and promotions.

Among the kick-off parties slated for Thursday, September 4, is the official Mercedes-Benz gala at Saks Fifth Avenue, debuting the Wizard of Oz Ruby Slipper collection. The event, hosted by Saks and Warner Brothers Consumer Products, is in anticipation of the 70th anniversary of the musical film starring Judy Garland and will unveil designs from Abaeté, Christian Louboutin, Manolo Blahnik, and others, all inspired by Dorothy's famous red shoes. The items will be on display at the department store as well as inside the tents at Bryant Park, and will also travel to Miami Art Week in December.

Also on Thursday—the day before the tents officially open—are several presentations, including one for intimate apparel maker Yummie Tummie at the Laurie Beechman Theatre. According to The New York Post, event producer Kevin Krier is looking for exotic dancers for "a pole-dancing extravaganza." Over at Hudson Terrace, DailyCandy will celebrate the launch of its Fashion Week blog, the DailyCandy Dossier, and Elie Tahari will stage its first formal presentation in the Pool Room of the Four Seasons Restaurant.

Another Thursday show, Gen Art's 14th annual "Fresh Faces in Fashion," will be held in the grand ballroom of Manhattan Center Studios, and online retailer Yoox.com has partnered with the organization to sell select pieces from the JF & Son collection the following day. Other folks are using the Web too: In lieu of a formal presentation at the tents, Marc Bouwer will broadcast his 2009 collection on his Web site at noon on Monday, September 8. According to The Daily, the show will be taped tomorrow.

Aside from those inside the tents and other off-site venues, there also will be presentations as part of Style360 and Nolcha Fashion Week. Style360, a showcase of designers produced by LiveStyle Entertainment and Hachette Filipacchi Media, is back at the Metropolitan Pavilion, starting with the winner of an LU Biscuits-sponsored competition on Sunday, September 7, and ending with an after-party at the Metropolitan Home Showtime House on Wednesday, September 10. Emerging designers will also be the focus of Nolcha Fashion Week, a runway series created by Kerry Bannigan, a British marketing executive, and Arthur Mandel, a Wall Street lawyer. The independent showcase will take over the Prince George Ballroom for five days, starting Monday, September 8.

And auto manufacturer Mini is joining the fray this season with a special promotion it's calling the Mini Rooftop NYC. Between September 4 and 13, the car company is creating an outdoor space atop a Midtown building, where it will host daily events, both public and private. Of particular interest is the kick-off party with entertainment curated by Dazed & Confused magazine: Brooklyn band MGMT will be performing, Mississippi's DJ Diplo will spin a set, and VJ Joel Gethin Lewis from United Visual Artists will provide some sort of optical presentation.