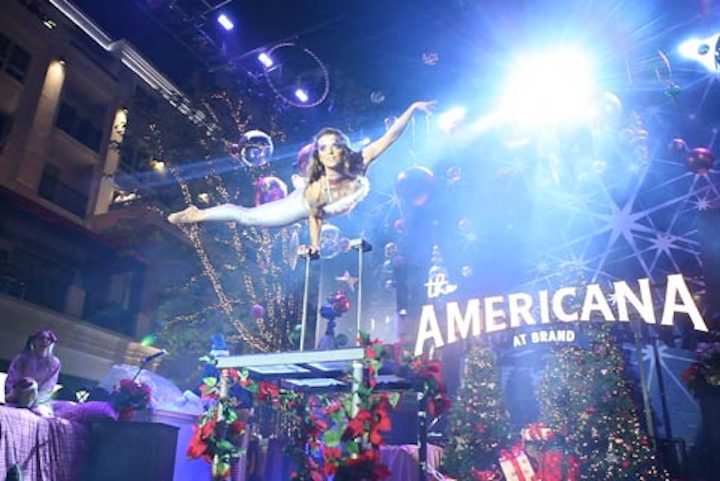 The country's most visible tree-lighting ceremony is probably the one at Rockefeller Center on Wednesday in New York. But the event to light the Americana at Brand's tree earlier in the season came with plenty of fanfare and pomp of its own, here in the land without snow. More than 15,000 people showed up for the program on November 17, produced by Night Vision Entertainment. Zen Arts created and performed an hourlong show it called "Cirque Du Santa." The 30- by 30-foot stage started out with the look of an oversize holiday present, which performers unwrapped to reveal a scene set like a little girl's living room and bedroom. On stage, her toys came to life on the night before Christmas as she awaited Santa's arrival. Holiday music accompanied the program for a festive atmosphere.