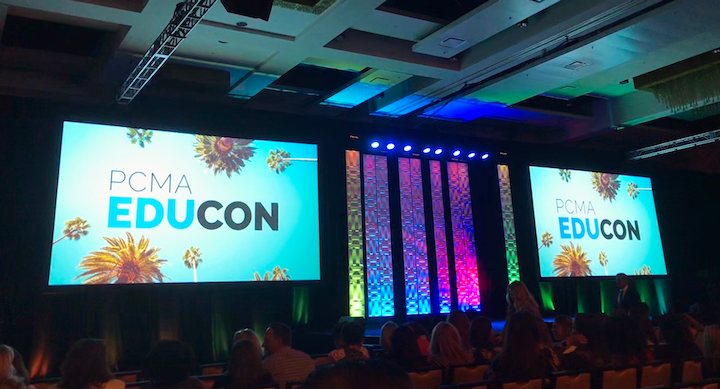 Some recurring themes came up during the sessions; here are some key takeaways on what the conference industry cares about now. 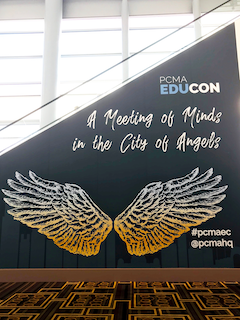 1. Personal empowerment and wellness are crucial.
Event producer is consistently listed as one of the most stressful jobs in the world. P.C.M.A. EduCon tackled this idea head-on, with several panels and workshops focused on managing stress and finding confidence.

“Everyone in this room is really good at at least one thing,” declared former W.N.B.A. star Tamika Catchings, one of the conference’s keynote speakers. “Every single day you have to bring 100 percent of whatever it is you’re good at, whatever asset you can offer this world to make it better.”

Throughout the week, EduCon hosted a series of Google-sponsored workshops designed to empower women and underrepresented groups; attendees were asked to speak openly about their accomplishments in the workplace and their personal lives. And Nora Tobin, a health and wellness expert, hosted a session on ways to identify stress triggers and help your body react.

This theme also translated into the importance of wellness for event attendees. A recent study coordinated by P.C.M.A. and Steelcase Event Experiences—which was presented during a Wednesday session—showed that conference attendees need places to get some privacy, get work done, and find food between meals. “It’s exhausting to be ‘on’ all day,” said one survey-taker.

Amenities such as water stations, massages, and aromatherapy are also well-appreciated, noted Steelcase, as is natural light in session areas. “Artificial light [contributes] to feelings of fatigue,” said the study.

EduCon hosted three-mile runs and yoga sessions in the mornings, and refillable water bottles and fruit stations were available throughout the day—as were plenty of mid-session snack breaks, each hosted by a different sponsor.

Two Bit Circus’s Brent Bushnell, who spoke about what event and meeting pros can learn from the rise of immersive theater, agreed. “Consumers want experiences over things,” he noted. “The new currency is a good life experience. You want to be able to tell a story, to be in the know, to share your interesting experience.”

Regardless of the event type, attendees want to be immersed and find feelings of choice, freedom, friendship, and accomplishment, he said. 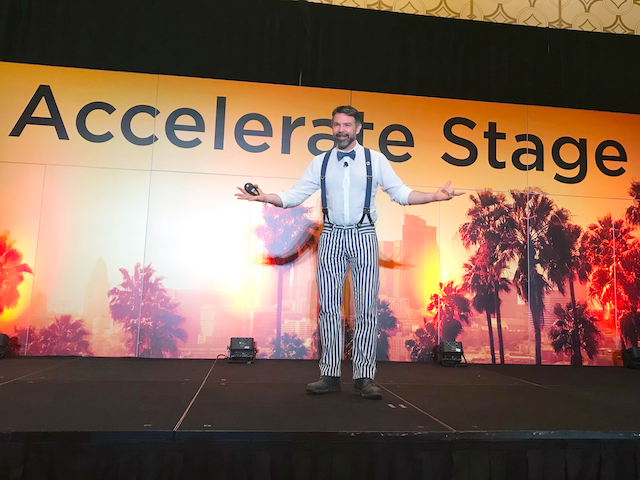 3. Conferences should accommodate different learning and networking styles.
According to Steelcase, “Participants value a mix of high-level aspirational and more applicable tactical content from the sessions.” The study also showed that a mix of analog and digital content is crucial, as different audience demographics prefer different styles.

In one session, event strategists Tahira Endean and Joe English discussed ways to promote learning, retention, and self-assurance for all participants, regardless of learning style. The pair shared the importance of understanding the differences between introverts and extroverts, and creating a mix of session types and discussions that can accommodate both. EduCon, for example, offered optional 20-minute small-group breakouts after each speakers' presentation; people who wanted to share their thoughts were encouraged to attend, while others could use the time to take a breather.

Logistics-wise, Steelcase also found that some participants get overwhelmed by the amount of content at a conference. A big complaint: When a number of sessions take place concurrently, and staggered start times make networking difficult. “I have no idea where I’m going, so I just follow the pack,” said one survey participant.

To solve this, EduCon created different education tracks so sessions that appealed to certain planners would hopefully not overlap, and the event app offered push notifications that clearly told attendees where to go and when. There were also 30-minute breaks built between sessions, where attendees could network, get work done, grab a snack, or head back to their hotel rooms. 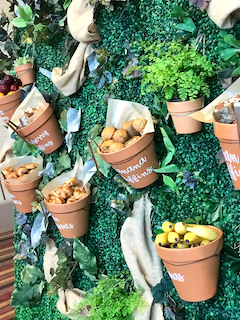 The week's networking-focused meals each took on a different theme. At one breakfast, flower pots held pastries and fruit, and juice was served inside a makeshift greenhouse.Photo: Claire Hoffman/BizBash

Steelcase’s research also noted the importance of accommodating different networking styles. The most effective conferences have a mix of structured networking and unplanned moments, says the study; each achieves different goals and accommodates different personality types.

4. Even at a work conference, attendees need to feel something.
Connie Chi, C.E.O. of branding agency the Chi Group, discussed how companies can humanize their connections to attendees in a hyper-digital age. “Human-to-human interaction has become kind of extinct,” she noted. “When we create these experiences that really tap into the human soul, it has the ability to build loyalty.”

Looking at it through marketing terms, brands have eight seconds to capture the attention of Gen Z, Chi explained, noting that with millennials that number is closer to 10 seconds, and 15 to 30 for older generations. She suggested creating events and marketing that tap into all five senses, and allow fans of a brand to interact with other fans.

As an example, Chi discussed Refinery29’s wildly popular 29Rooms, which features 29 different vignettes that provide Insta-worthy photo moments but also seek to generate thought-provoking conversations about topics that matter to the site’s audience. The reason this is so successful, argued Chi, is because Refinery29 is operating outside of what their fans expect—they’re maturing and evolving as their fans evolve, and finding unique ways to bring people together.

When companies create these unexpected moments, said Chi, they’re creating a memory—as well as customer loyalty and goodwill. At EduCon, for example, the first day’s keynote speech came from musician John Ondrasik of Five for Fighting. While the “Superman” singer may have seemed an unexpected choice for an audience of conference planners, his emotional journey toward discovering his talent and creativity moved the audience; this reporter heard many attendees discussing the speech days later.

This also ties into an event’s overarching mission. Increasingly, attendees want to support brands and attend events that align with their morals, said Bushnell, who noted that millennials in particular care about a focus on corporate social responsibility.

EduCon put this idea into action with a six-hour hackathon on the first day of the conference: Teams tackled the question of how the hospitality and tourism industries can reduce or prevent homelessness. The idea was sparked through a P.C.M.A. survey that revealed that a large number of attendees were not comfortable attending events in a destination with visible homelessness. Later in the week, teams presented those ideas and the audience voted on the most innovative solution.

Meanwhile, CSR expert Susan McPherson hosted a session on how social responsibility can elevate a brand. Figure out what your company or association stands for, pinpoint a social impact project that aligns with that message, and define ways to use those projects to create a positive brand association, she explained. 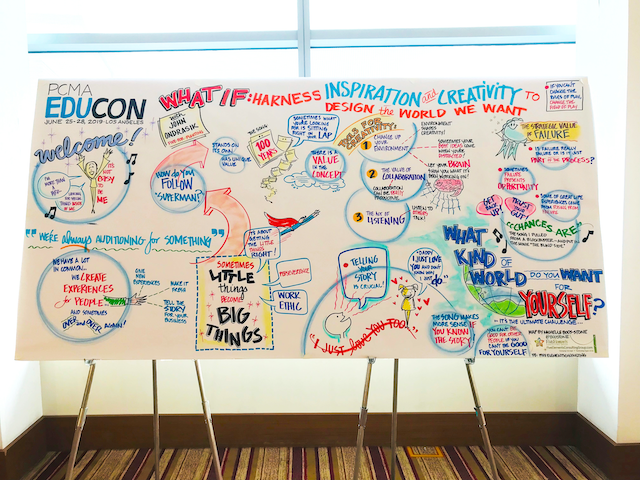