To promote its heart disease awareness campaign, the association staged an eye-grabbing outdoor stunt and filled the library with beautiful red decor.

In the color-coded world of charity events, everyone knows that pink represents breast cancer awareness. The American Heart Association (AHA) wants to make sure that when people see red, they think about heart disease.To promote its Go Red for Women campaign, which was created in 2003 to heighten heart disease awareness and inspire women to take action to reduce their risk of the disease, the AHA hosted a party called Rhapsody in Red: Celebrating How Women Go Red in the New York Public Library during Fashion Week, right behind the Bryant Park tents. It also hired PR company Edelman to promote Go Red for Women.

"Our job is to elevate it from a campaign to a movement," said Kevin Davidson, a senior account supervisor at Edelman. "The idea was really to put Go Red for Women on the map during Fashion Week. When we started this account we gave [the organization] a new logo, new look, and a new tag line, and this was the first event we had with the new look. This party was an opportunity to communicate that. It was cause-related but not a fund-raiser. We just wanted to make noise among influential people."

To get those influencers—meaning A-list media and celebrities—involved, "we had to build an event that was a community and environment that they could relate to and that was relevant to them," said the AHA's senior marketing manager Leisa Barger, who worked with Davidson and Matthew David Events to plan an affair with a luxe look and—no surprise—a red color scheme.

The event certainly grabbed attention around the Fashion Week tents. Passersby stopped to gawk at a model dressed in an elaborate silk organza and sheer beaded fabric dress with a 30-foot-long skirt that draped over the entryway. The dress reached to the ground and served as a tunnel of sorts for guests, who passed through her skirt to enter the library as the model sprinkled white rose petals on them.

Once inside, they encountered a room that Matthew David filled with deep crimson elements, including tufted-velvet covered columns; a round, red feather boa-lined custom-built stage; and a giant red flower-and-fabric covered dome constructed with 2,500 rosebuds, aged vines, and hanging amaranthus. It served as a focal point for the evening's performances, which included a trio of gospel singers, a spoken-word artist, and ballet dancers accompanying a solo singer. "What we created is an elegant, casual lounge with great, eclectic performances," said Matthew David Hopkins of Matthew David Events, who added
that the desired effect was to "put women on a pedestal while delivering a very human message."

The heart-healthy message carried through in Creative Edge Parties' food as well. "The focus of the menu was to show people that moderation is the most important.phpect of a healthy diet," said Creative Edge's Carla Ruben, who served tuna burgers and beef burgers on the same tray, offering guests a heart-healthy alternative to the standard burger. The menu also included small plates of seared salmon roulade with pea puree, and goat cheese tarts with marinated olives, caramelized onions, and walnuts. Desserts included red almond and antioxidant-rich dark chocolate squares in vanilla pastry and miniature red velvet cupcakes with white frosting.

GIFTS: Chocolate That's Good for You

Bloomberg Swears in With Homey Touches 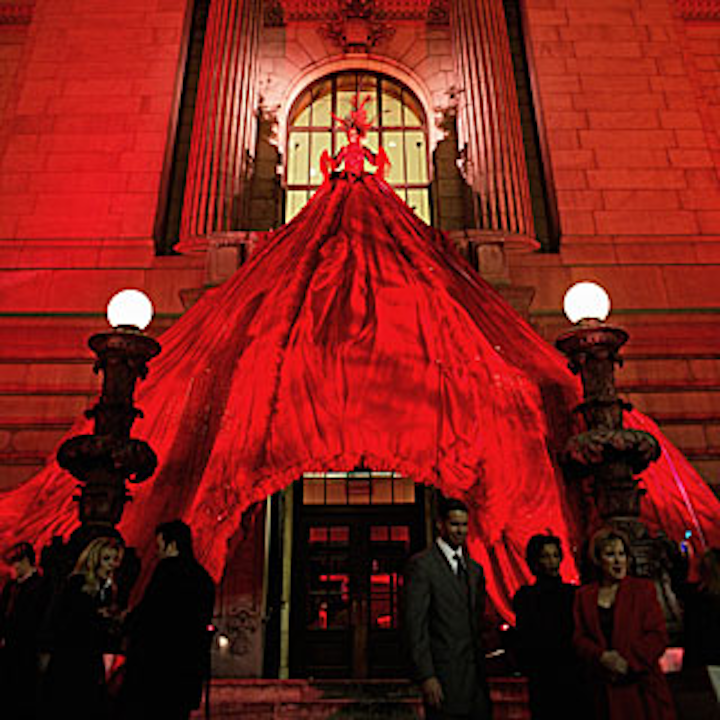 As guests arrived at the library for the American Heart Association's campaign promotion, they found themselves sprinkled with white rose petals by a model dressed in an elaborate silk organza and sheer beaded fabric dress with a 30-foot-long skirt that draped over the entryway of the New York Public Library. 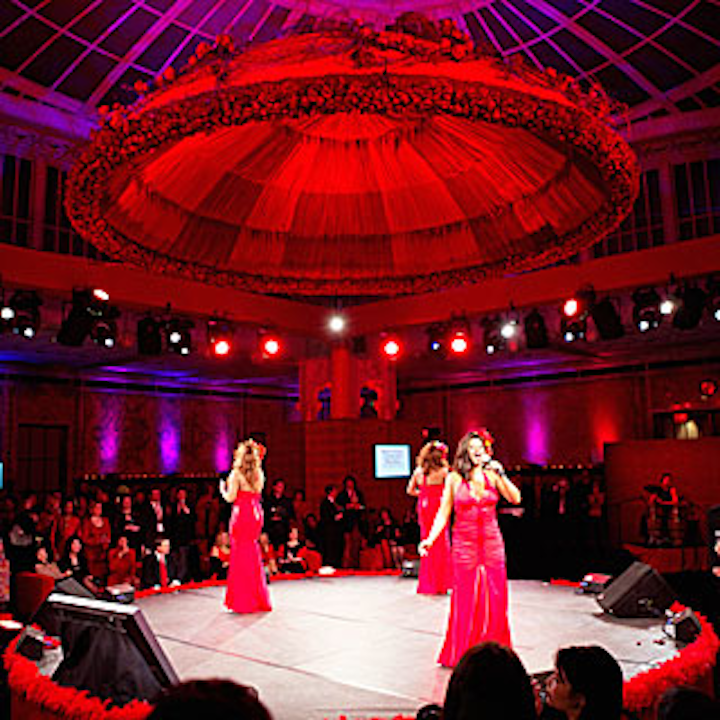 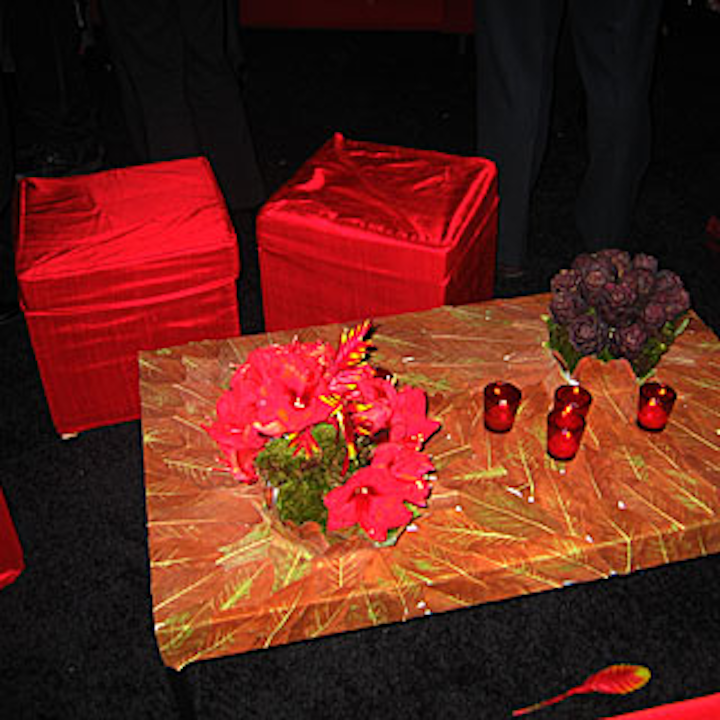 Red amaryllis, moss, and purple succulents appeared to grow out of the magolia-leaf plastered coffee tables. 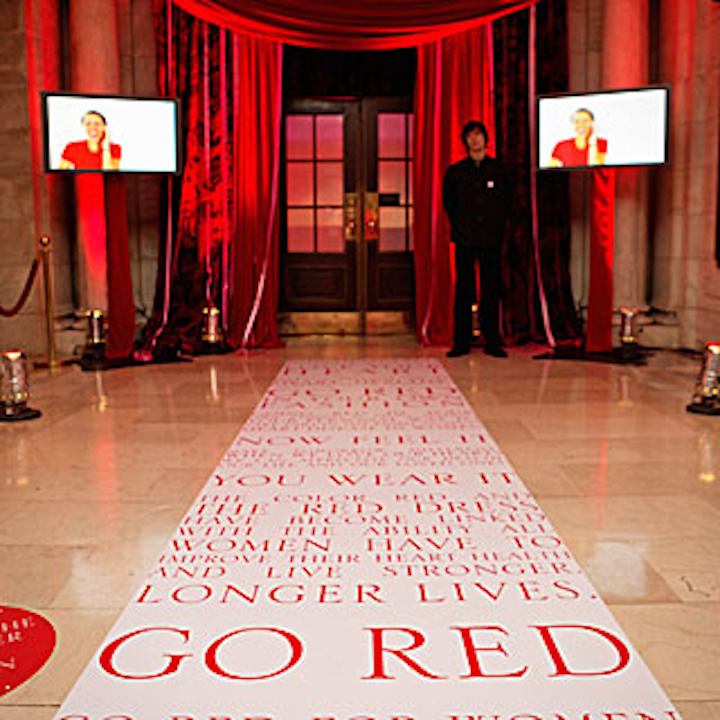 The red carpet leading to the entryway was replaced with a strip of wording spelling out the campaign's mission.
More in Programming & Entertainment