Universal Studios Hollywood kicked off the Halloween season—and the opening of Halloween Horror Nights at the park—with the seventh annual Chiller Eyegore awards on Friday. The annual award show recognizes names in the horror genre of the film industry, and actor Cory Feldman hosted the program. This year’s big honoree was makeup artist Rick Baker, who won the Jack Pierce lifetime achievement award.

Overseeing the event was Universal Studios' special events director, Koranda Banks. “We did a take on a haunted French theater—the exterior of the Globe Theater has all the makings of an Old World theater, so we tried to bring that to the interior,” Banks said.

To conjure the theme, many decor elements harkened to an Old World look. French-style street lamps decked the theater, and dramatic red ceiling drapery served as a visual centerpiece, connecting to a large chandelier in the center of the room. Centerpieces at tables included vases with red roses topped by black feathers. The stage set blended with the red color theme of the room and included large panels with illustrated red curtains.

Once the presentation portion of the evening was complete, guests were able to venture out to the park to experience the Horror Nights event series, which changes yearly. This time around, attractions include four new mazes: Saw: Game Over; Halloween: The Life and Crimes of Michael Myers; My Bloody Valentime: Be Mine 4 Ever; and Chucky’s Funhouse. New live shows for this year's Halloween program include a 30-minute rendition of the Rocky Horror Picture Show and a parody based on Bill & Ted’s Excellent Adventure. 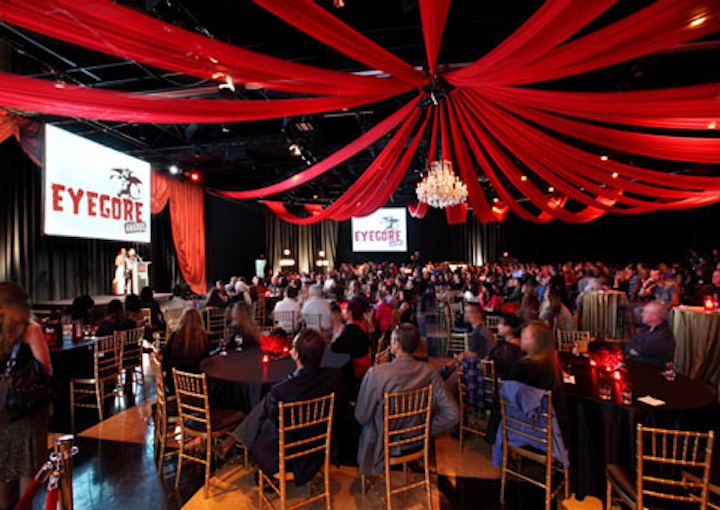 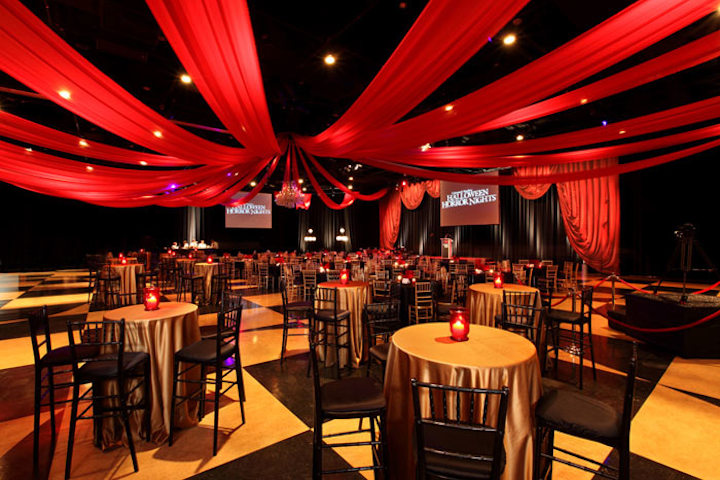 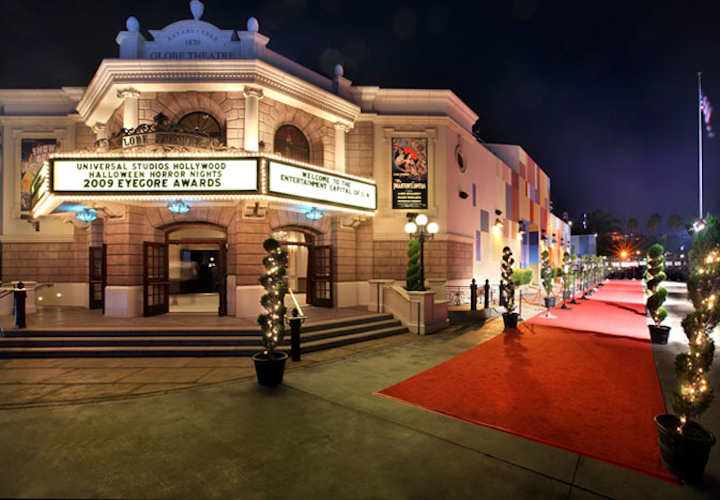 Lights twinkled in topiaries that flanked the red carpet outside the Globe Theater.
Photo: Line 8 Photography 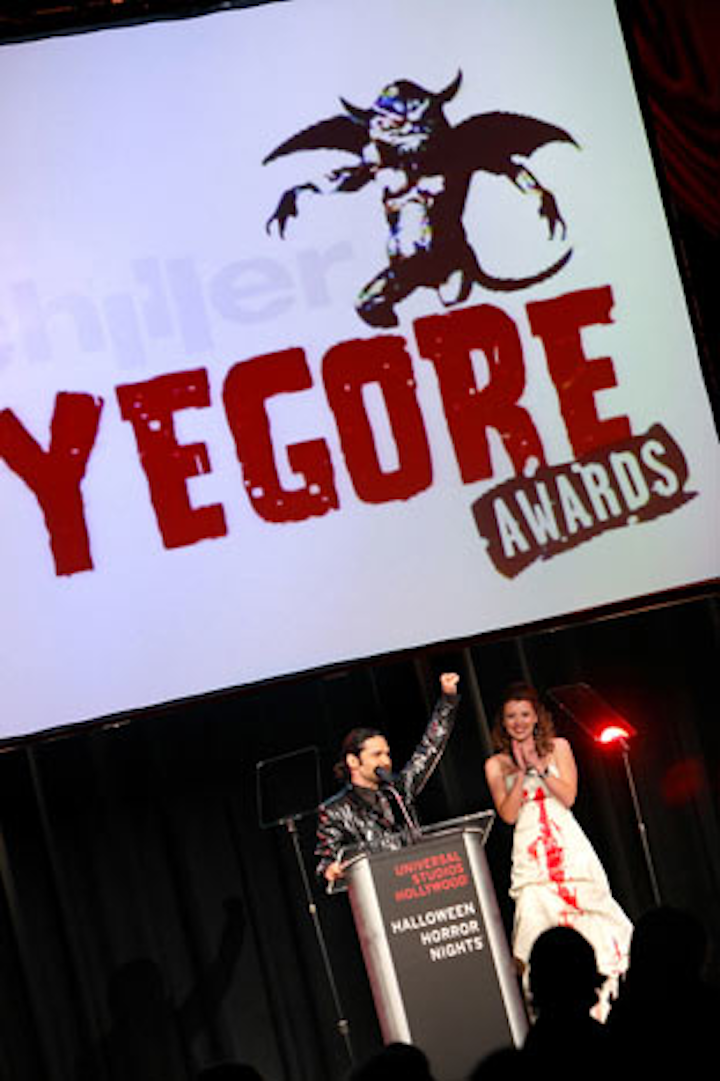 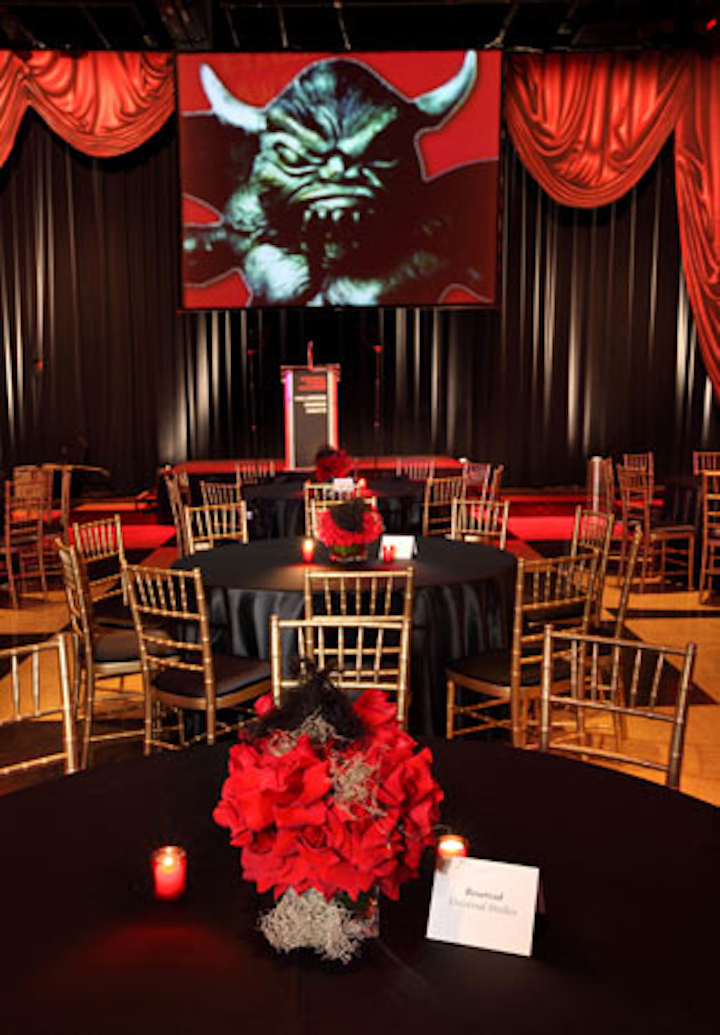 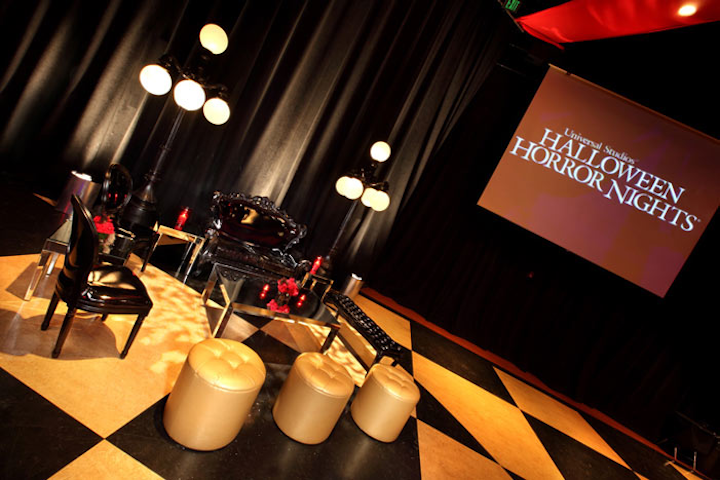 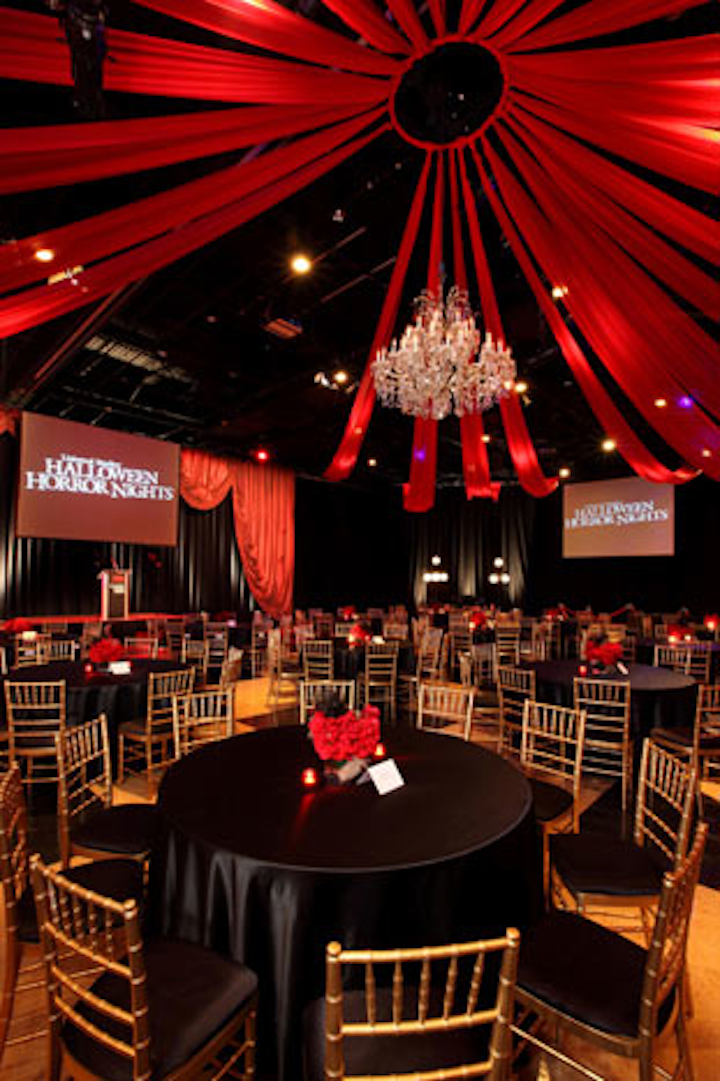 Red fabric treatments adorned the ceilings, pointing to a chandelier in the middle of the room.
Photo: Line 8 Photography 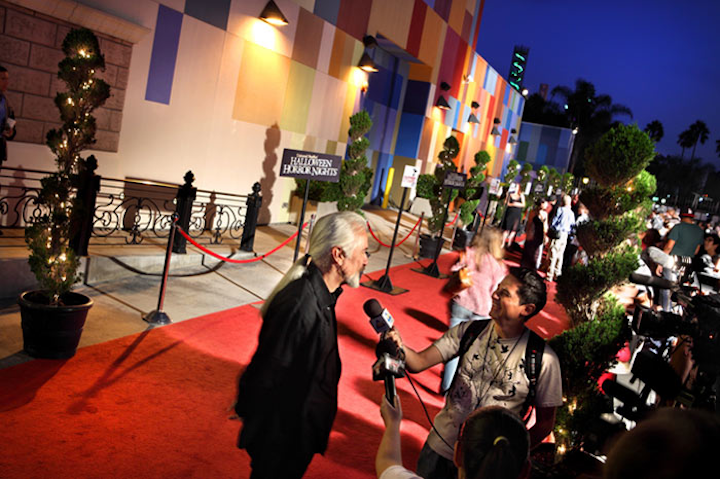 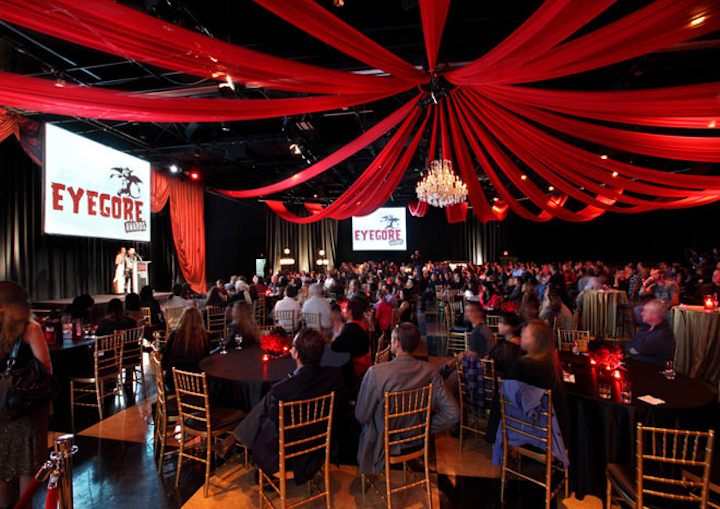 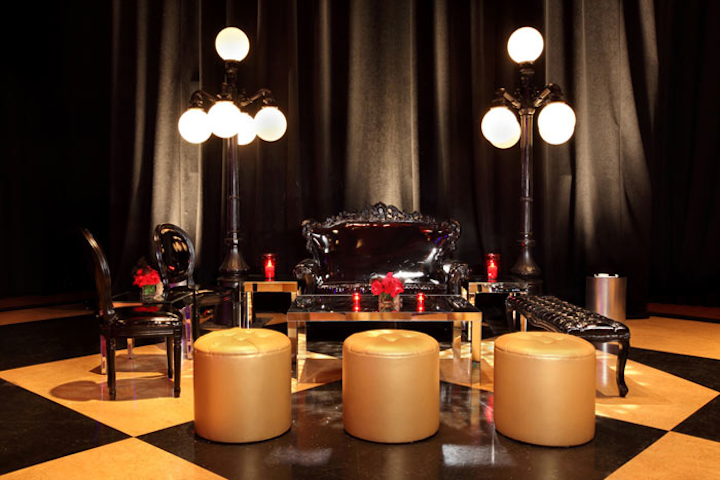