Not long ago, summer was considered a slow time for TV, but in recent years, efforts from smaller cable networks have changed that. Bolstered by a collection of summer ratings hits, USA Network is launching its heaviest programming slate this month, with six original series. To generate buzz for its two new shows and draw attention to the four returning productions, the NBC Universal network partnered with Entertainment Weekly and Häagen-Dazs to craft a multimedia campaign. Perhaps the biggest part of this promotional platform was the series of public outdoor screenings hosted at the Hudson River Park's Pier 46, which premiered the first episodes of White Collar, Covert Affairs, Royal Pains, Necessary Roughness, Burn Notice, and Suits over the course of three consecutive nights.

"At USA we are always looking for ways to elevate our series above the competition and align ourselves with partners who bring expertise and value," said Alexandra Shapiro, the network's senior vice president of brand marketing and digital, who led the effort.

From May 31 through Thursday, USA enticed consumers to the picnic-ready setup on the waterfront with free food and drink, musical entertainment, comfy lounge furniture, and a 35-foot screen. Shapiro brought in XA, the Experiential Agency—the same company that worked on USA's recent upfront and last year's stunt for Covert Affairs—to help design and produce the event.

Looking to enhance the viewing experience, the design and layout of the event was intended to evoke a relaxed summer picnic in the park while simultaneously engaging visitors with brand-appropriate elements. For the organizers, this meant adding areas for people to lounge; installing the food, drink, and other stations in places that wouldn't obstruct the screen, but would still be conveniently located; and adding USA's logo and other promotional materials to the decor in an unobtrusive way. The team also integrated items from the Entertainment Weekly and Häagen-Dazs partnership into the event—displaying the magazine's Best of Summer issue on tables and serving the ice cream brand's newly launched sundae cones from portable carts.

To kick-off the screenings, USA showed commercial-free episodes of White Collar (a crime drama set in New York) and the Piper Perabo-led Covert Affairs. Each night the network screened two shows, opening the doors at 6:30 p.m. and beginning the presentation around sundown. The first night drew approximately 510 people, and organizers estimated that a large portion of that audience attended all three nights.

In the coming weeks, the campaign will hit other cities, including Los Angeles, Chicago, San Francisco, and Boston, distributing Häagen-Dazs ice cream and a promotional summer guide produced by the network and Entertainment Weekly to promote the premieres of Suits on June 22 and 23 and Necessary Roughness on June 28 and 29. 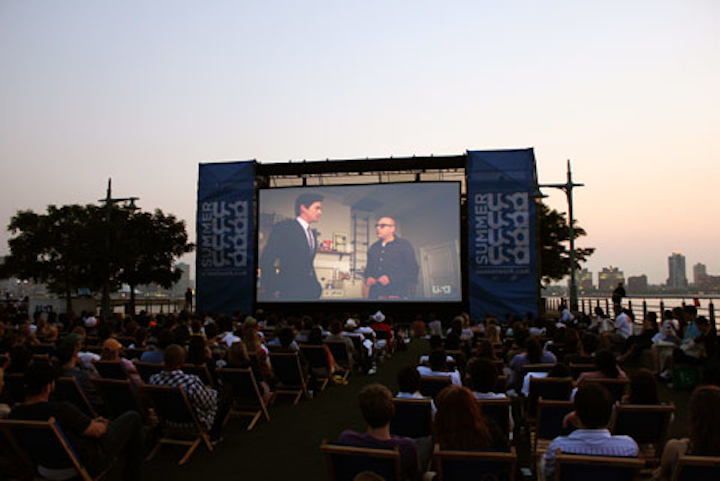 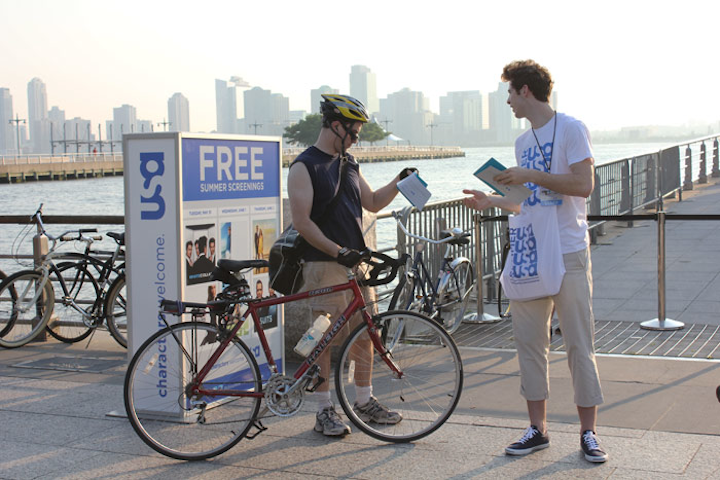 Staffers dressed in branded T-shirts passed out information on the screenings to passersby.
Photo: Jika González for BizBash 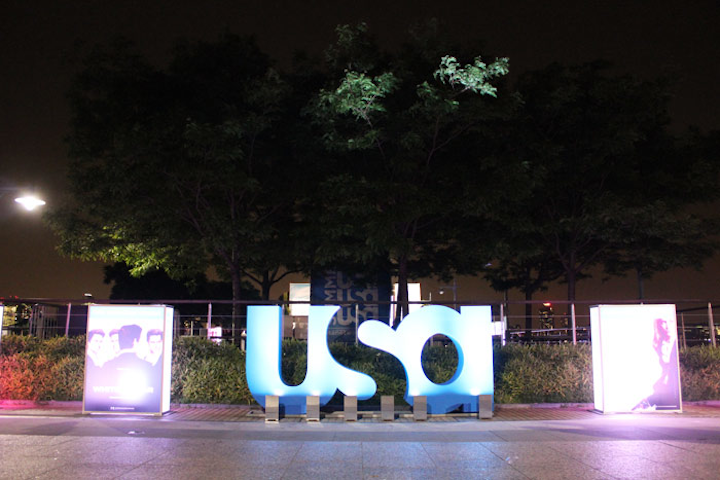 At the front of the event site, where the pier connects to the Hudson River Park's waterfront walkway, the producers placed signage that was illuminated when it got dark.
Photo: Jika González for BizBash 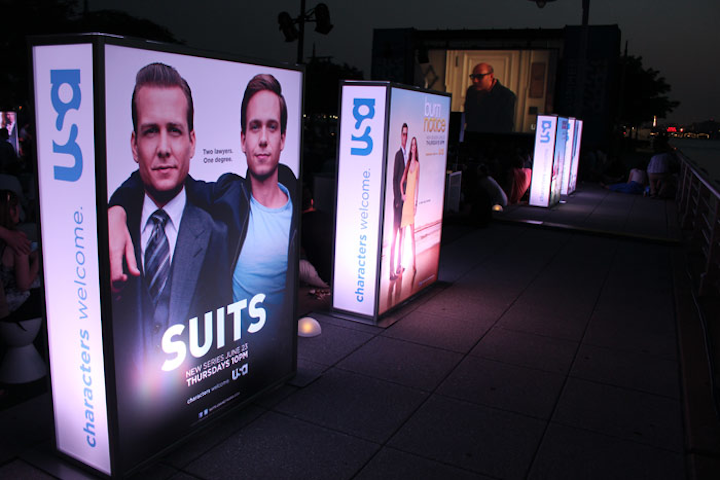 Lightboxes placed around the perimeter of the pier displayed promotional images from the TV series presented at the screenings.
Photo: Jika González for BizBash 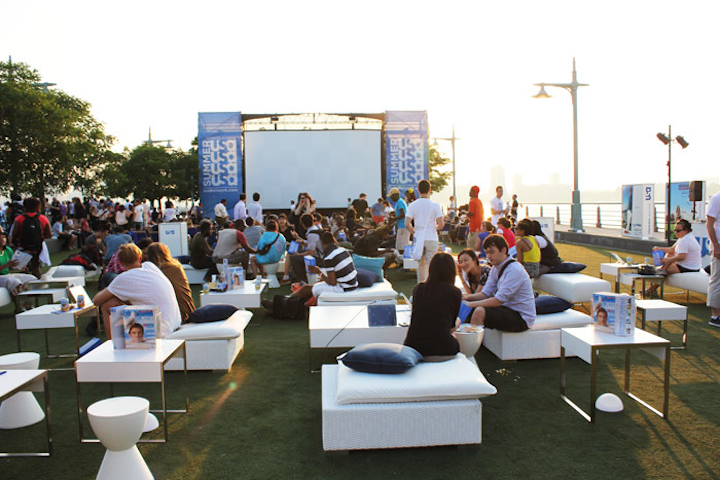 Rather than just provide theater-style seating for the screenings of the shows, USA Network created an experiential environment that encouraged visitors to linger on comfy sofas and in cabanas.
Photo: Jika González for BizBash 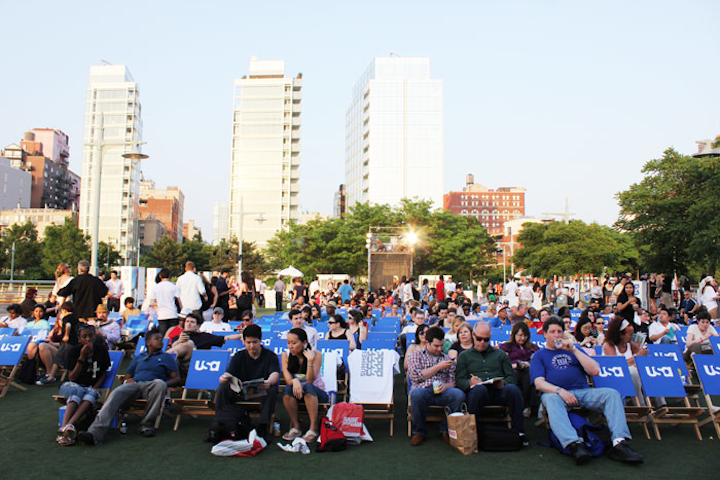 There was, of course, seating for the shows. The low-slung wooden chairs were customized with bright blue canvas backs emblazoned with the network's logo.
Photo: Jika González for BizBash 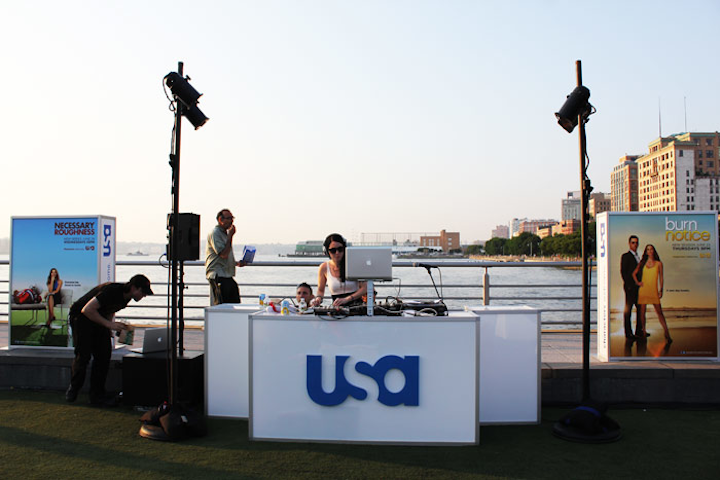 The doors to the event opened at 6:30 p.m., and as the shows didn't begin until just after 8 p.m., organizers kept the crowds entertained with music spun by a D.J.
Photo: Jika González for BizBash 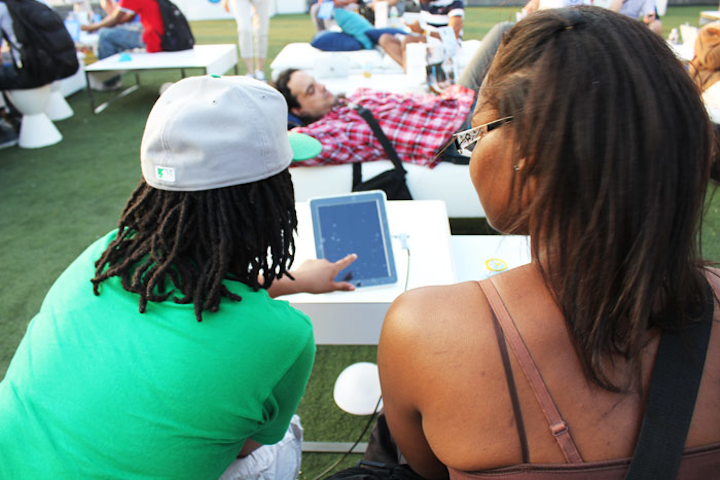 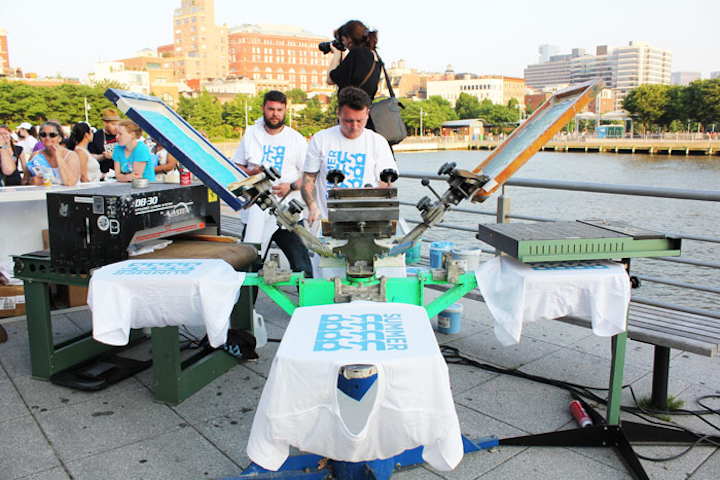 Among the stations set up around the grounds for the screening was a custom T-shirt area manned by Philadelphia screen-printing company Awesome Dudes.
Photo: Jika González for BizBash 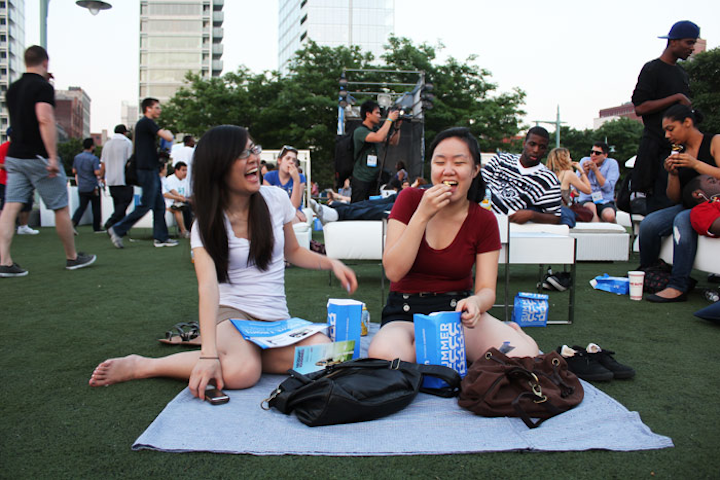 To give the three-day promotion a summery vibe, the network provided casual fare like popcorn and invited visitors to create their own picnics on the artificial turf.
Photo: Jika González for BizBash 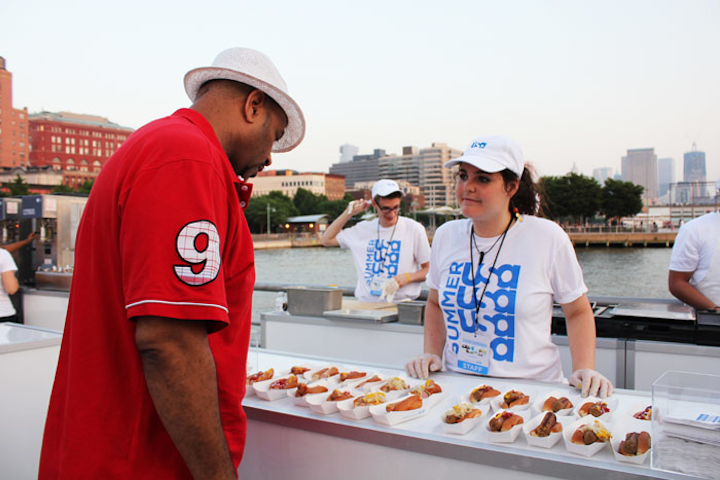 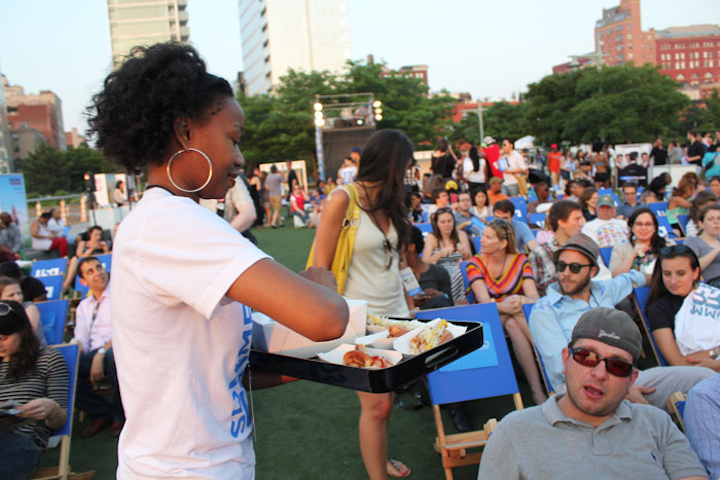 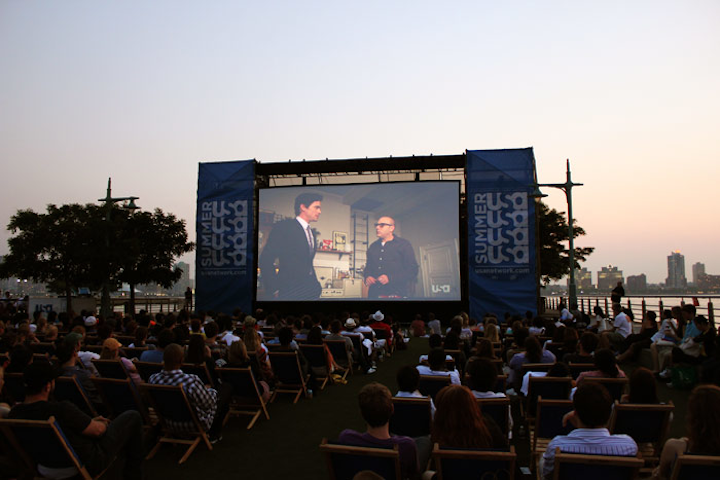