Dip-dyed panels, hanging vines, and other natural elements defined the annual fund-raiser for the nonprofit organization that maintains the New York park.

The colorful plans of High Line planting designer Piet Oudolf provided the design inspiration for the Friends of the High Line's spring benefit this year, held May 20 at Skylight at Moynihan Station. Oudolf was one of the honorees of the evening, which raised money for the nonprofit's maintenance and operation of the public park, and his sketches—filled with bright magic marker squiggles, circles, and notes to himself—were adapted for the invitations, program covers, table coverings, and other printed materials.

"We always try to do something with the High Line that brings it back to the park," said Bronson van Wyck, whose firm Van Wyck & Van Wyck designed the event and also serves on the Friends of the High Line's board of directors.

Van Wyck also brought the park to the benefit, using some of the same varieties of native grasses and flowers in his decor. Guests entered the event space through a gate decorated with hanging vines, ferns, and moss. The centerpiece of the room used for cocktails was a 26- by 26-foot reflecting pool with 600 floating candles. The space was decorated in neutral tones—white couches and tables, custom reclaimed wood bars, and a communal white marble-topped table with black bar stools.

In keeping with Oudolf's designs, van Wyck decided to add color to the dining space. Guests had a dramatic segue from cocktails to dinner as they passed through a tunnel of dip-dyed linen panels, some full length and others shortened to help guide guests through. The some 1,000 panels continued into the dining room. The lighting on the drapes rotated through hues that created seasonal looks, so the room could transition from spring to summer to fall to winter. The effect helped to bring down the ceilings in the soaring space and softened the otherwise industrial feel of the former mail-sorting room.

The unusual site posed challenges for L & M Sound & Light, which provided lighting and audiovisual services for the benefit. Lighting designer Richard Tatum used about 200 lights on the drapes and another 150 wireless pin spots to highlight each table.

"There is no symmetry to the space, so each and every position has to be considered on its own merits," Tatum said. "We wanted to show off the colors. It's so simple and yet so transformational."

The venue was a new home for the benefit and sits just a few blocks from the third and final section of the park, called High Line at the Rail Yards, which is expected to open later this year. "It has the same values," van Wyck said of the event's location. "It's industrial reclamation, taking a huge asset of the city and investing in it."

For dinner, Bite Food served three courses of family-style dishes including sea scallops with white asparagus, pasta with sweet peas and morels, and rib eye and halibut. For dessert, servers revealed chocolate cake that had been concealed underneath spreads of bread and cheese, which had been served at the start of the meal. Servers then scooped ice cream table-side.

Now in its 14th year, the event drew about 900 guests and raised more than $3 million. 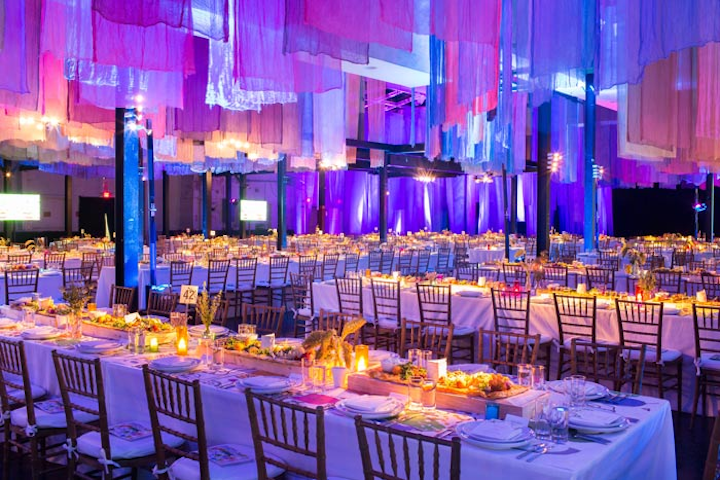 More than 1,000 linen panels hung from the ceiling in the dining room. Van Wyck's team dip-dyed them by hand in a dozen inflatable children's pools.
Photo: Christian Oth Studio 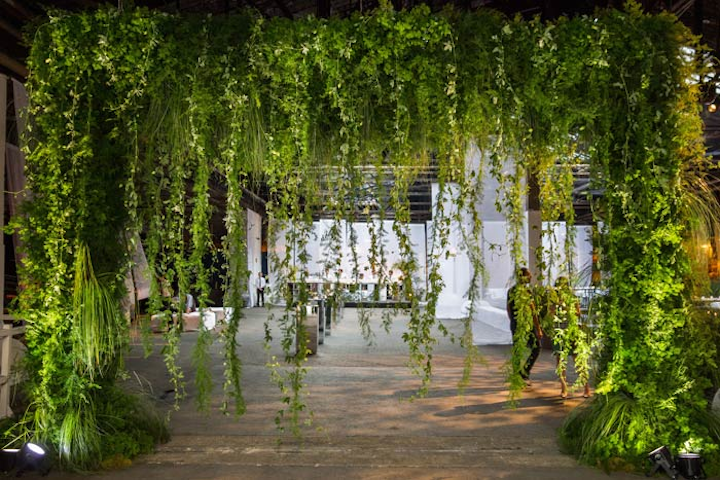 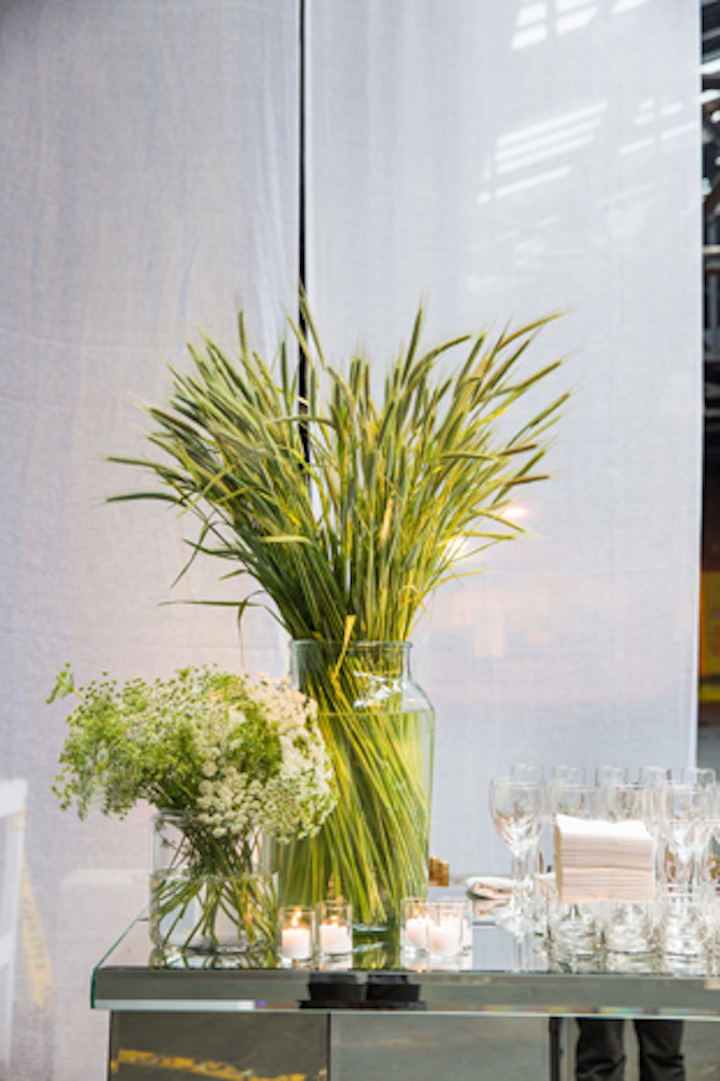 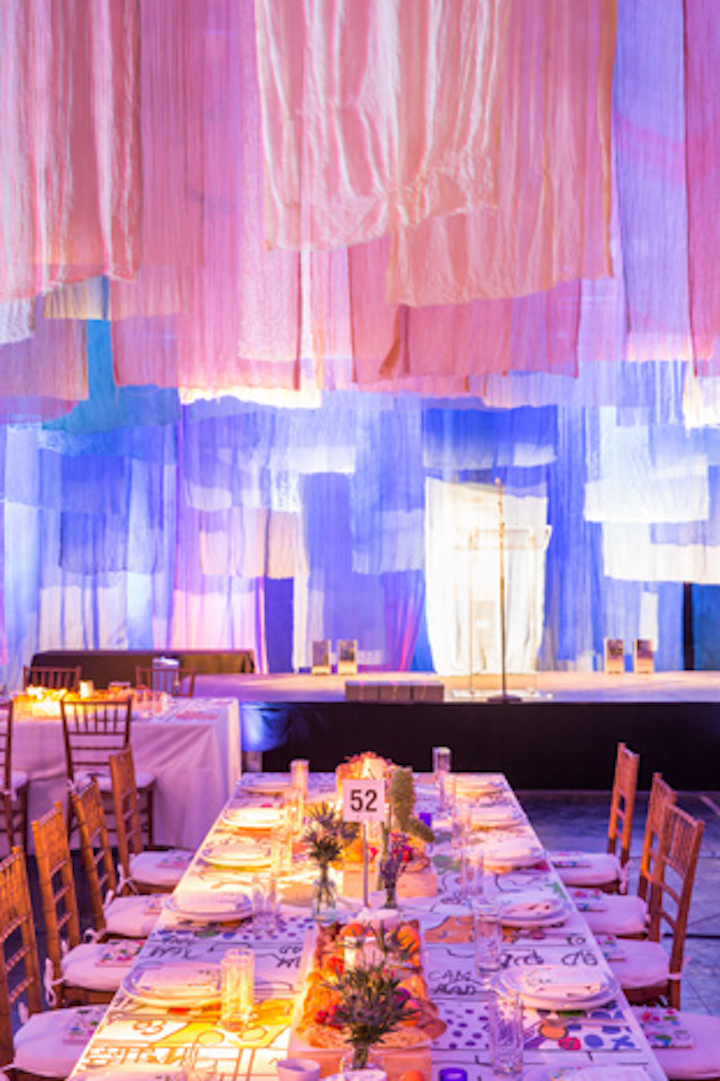 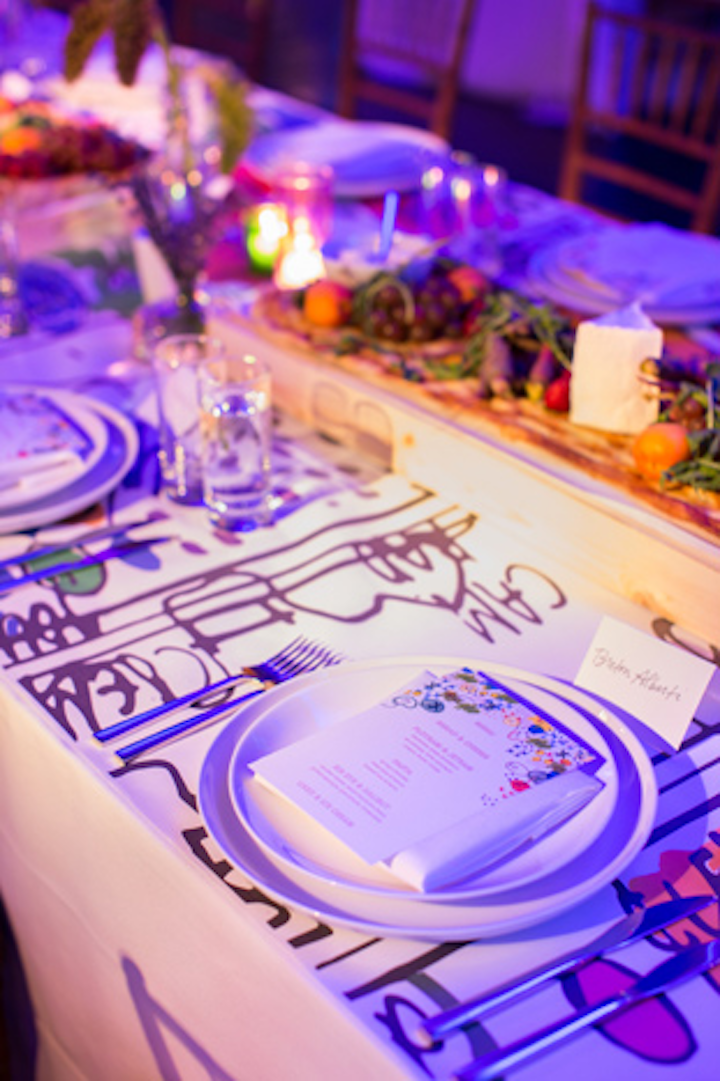 Table coverings were made from enlarged copies of planting plans from High Line planting designer Piet Oudolf, one of the evening's honorees.
Photo: Christian Oth Studio 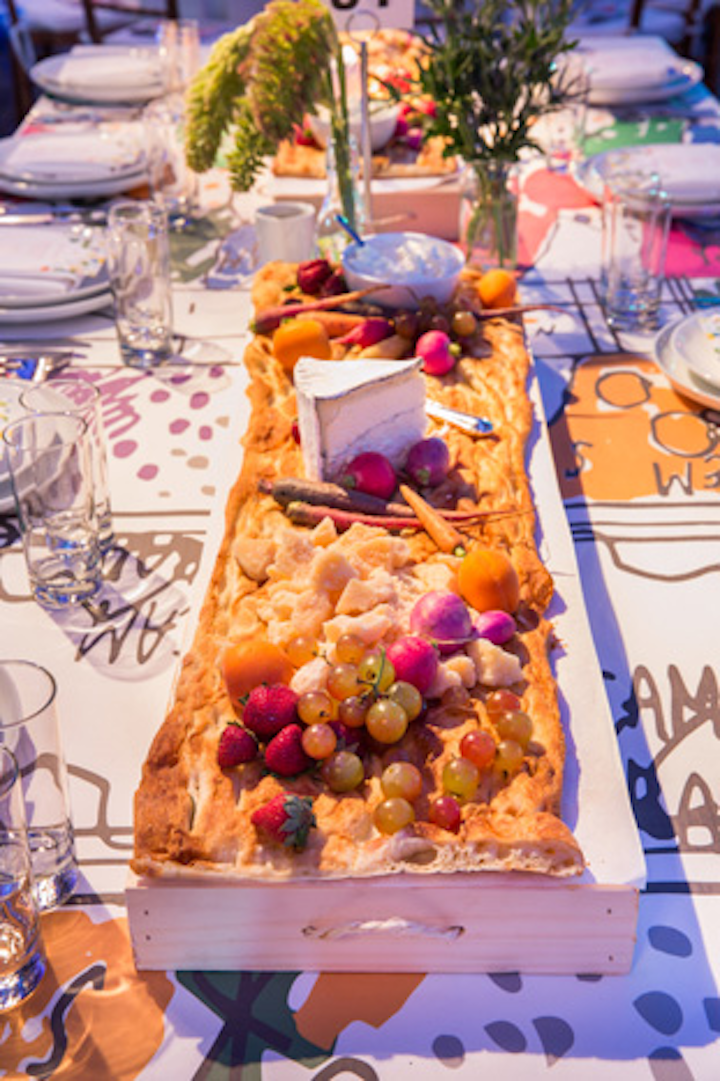 Dinner service included some dishes served family-style. Part of dessert, a chocolate cake, was hidden underneath the first course. "It started as a small group of people, and this still feels like a family dinner," said van Wyck.
Photo: Christian Oth Studio
More in Programming & Entertainment