The Wolf Trap Ball, hosted by the Wolf Trap Foundation for the Performing Arts, is a unique fund-raising opportunity for guests to get a performer’s first-hand perspective through a dinner and dance setup on the stage of the performing arts center. The 41st annual event—held on September 16 in Vienna, Virginia—took the unconventional guest experience a step further with surprise special guests, a new layout, and a tribute to the National Park Service's 100th anniversary.

Since Wolf Trap is the only national park that is also a performing arts center, the centennial celebration seemed like a no-brainer to the foundation’s events and development team. “Being able to emphasize our unique space within the park service was a tremendous opportunity that no one else could do,” said Sara Jaffe, senior director of development for the foundation.

The foundation's director of special events, Kara Kurtz, added, “The centennial provided us the opportunity to engage Sally Jewell, [U.S.] secretary of the interior, and Laura Bush, who is the former honorary chair of the Wolf Trap Foundation and co-chair of the centennial celebration.” In addition to having the former first lady as a key speaker during the 45-minute presentation before dinner, former U.S. President George W. Bush surprised guests with a special introduction—and infusion of humor—to introduce his wife.

Unlike in years past when suspended drapes hung behind the main podium, this year's reworked layout allowed EMT Productions to use uplights on the seats of the theater to serve as the backdrop for this year’s speakers. Two 10-foot screens flanked the elevated stage, and six 72-inch TVs and two 28- by 22-foot screens suspended throughout the dining areas projected the happenings at the podium.

“We went above and beyond with the technology so that every seat had a close-up view of the speakers and felt like they were part of the immediate audience,” said Jaffe. “We literally had twice as many screens, and they were 10 times as large as in the past.”

The screens served as a decor element, a strategic decision in Kurtz’s design plan, with scrolling images of the national parks rotating throughout the reception and dinner. Extensive plants and greenery walls around the perimeter of each of the two dining areas, as well as floral centerpieces of varying heights from Karin's Florist, complemented the photos to reinforce the night’s theme.

“When you walked in, it felt lush, and you wouldn’t recognize it was the backstage area,” she said. “We wanted [guests] to feel like they were in an elegant garden party in the park.”

Following dinner, guests transitioned from the luxurious, green atmosphere of the two dining spaces into the blue-illuminated dance floor area, which was inspired by Glacier National Park. Party band Marquis performed on an elevated stage with a view of the national park behind them through the open-air backdrop of Glacier National Park's caverns. Design Foundry set up two snow machines to cascade fake snow upon the crowd, while hidden dry-ice machines created a light fog on the ground.

According to event organizers, this year's Wolf Trap Ball broke its fund-raising record for the second year in a row by drawing more than $1.5 million, an increase from $1.2 million in 2015.

Correction: The total money raised for the 2015 was originally reported as $1.15 million. 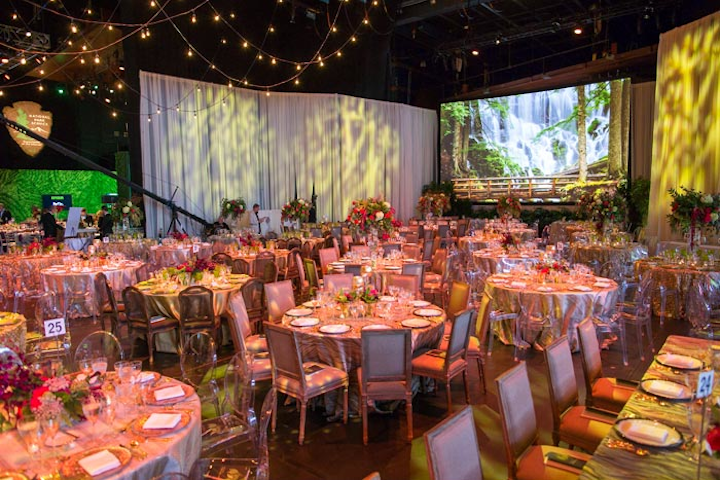 EMT Productions used the Wolf Trap logo and tree-patterned gobos in shades of green and blue to add an outdoor element to the draped walls of the downstage dinner area.
Photo: A.E. Landes Photography 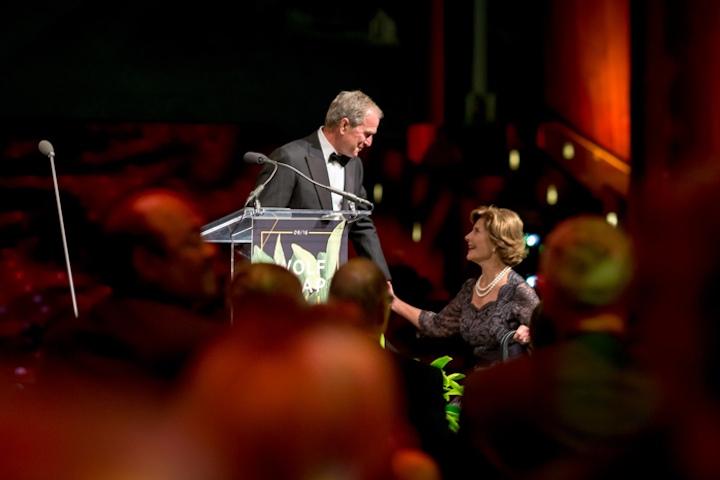 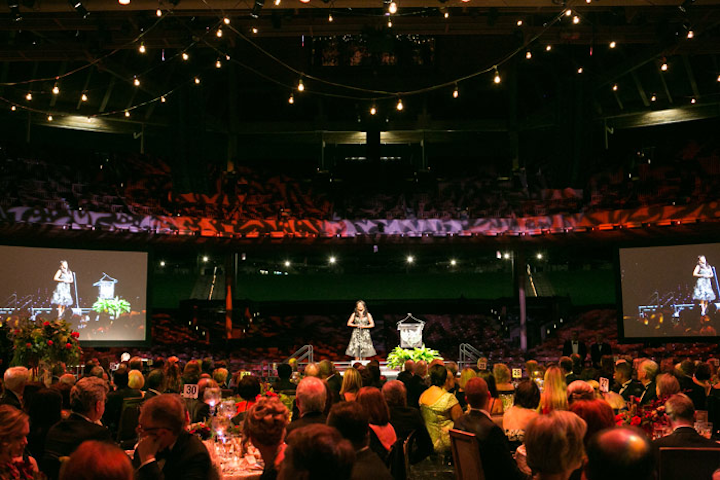 Large 28- by 22-foot screens provided an up-close experience for guests during the speaking program and then showcased images of the national parks throughout the rest of the night.
Photo: Daniel Schwartz 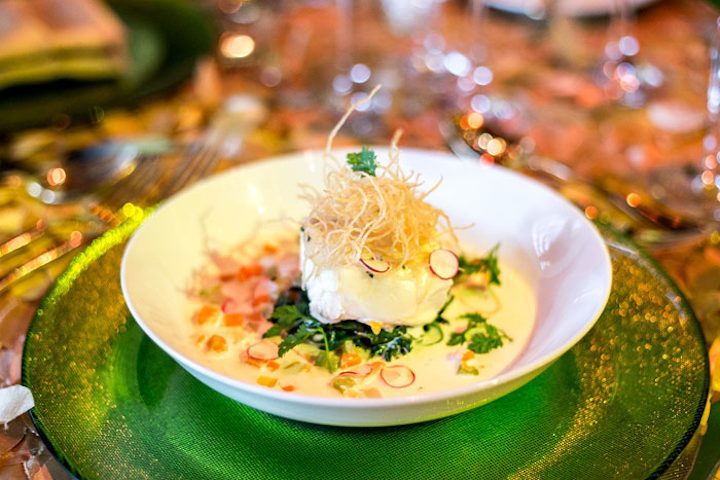 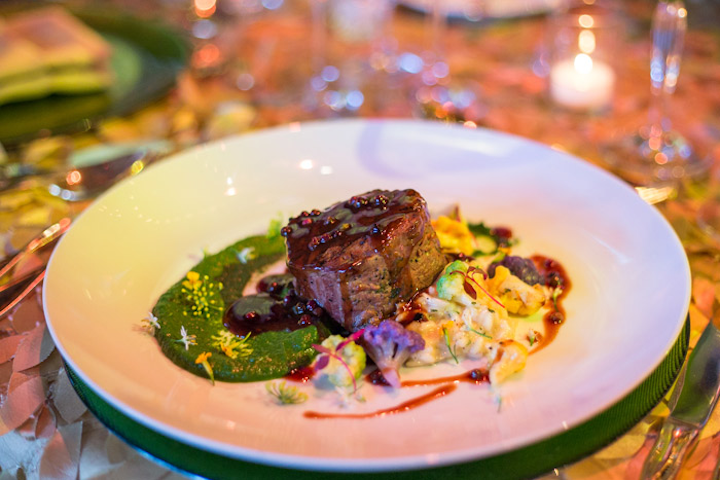 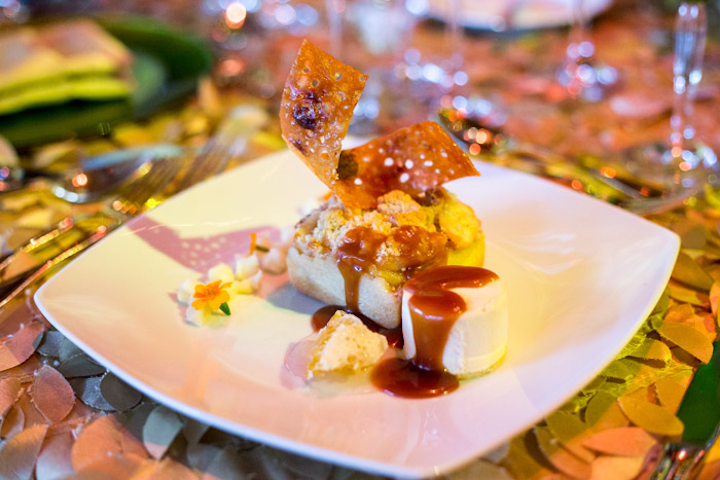 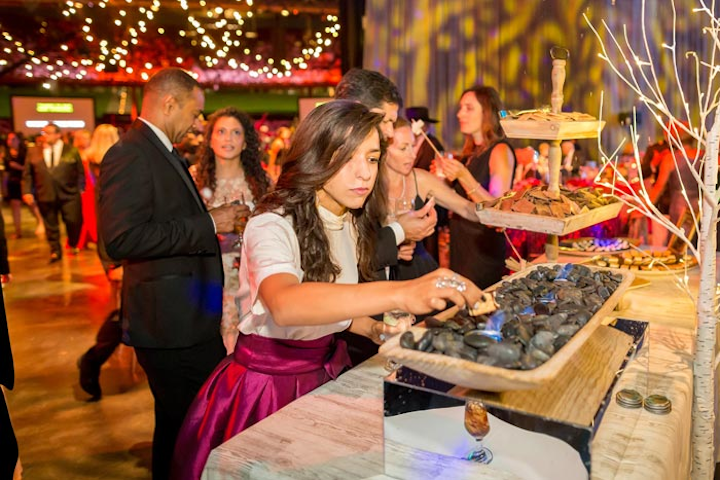 Design Cuisine set up a "make your own s'mores" bar after dinner, complete with hot coals for roasting marshmallows.
Photo: A.E. Landes Photography 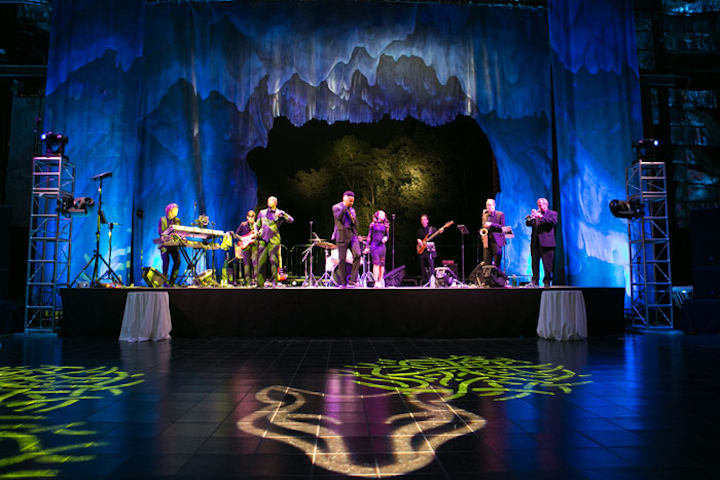 For the performance stage, the production manager for The Barns at Wolf Trap created an open-air backdrop inspired by Glacier National Park.
Photo: Daniel Schwartz
More in Programming & Entertainment