The Intrepid Sea-Air-Space Museum is an especially appropriate place for a wartime event: It provides a patriotic element without being too over-the-top. The former aircraft carrier—which was used during the Vietnam War—was the site of the Meeting Professionals International Greater New York chapter's annual Terry Spinelli Auction & Social, the group's biggest fund-raiser of the year. The event, which drew a record crowd this year, was produced and chaired by Bill Amato of Bermuda Limousine, Blanca Diaz of BND Meeting Services and Rita Lopez of the Puerto Rico Convention Bureau.
As guests entered the event, caterwaiters offered red and blue martinis in small, footed shot glasses. Restaurant Associates, the exclusive caterer for the Intrepid, offered a hearty spread that included salmon, roast beef, potatoes and mesclun mix. Guests mingled and bid on auction lots during the first half of the event, and after the silent auction closed, the live auction was kicked off by a few songs by the USO of Metropolitan New York.

For the first time, the public will be able to bid on Spinelli auction items this year via a three-week online auction that will begin April 7. Funds from the silent, live and online auction will go to Miracle House, a charity that provides housing for family and friends visiting AIDS patients in New York, and MPI's Education Fund. 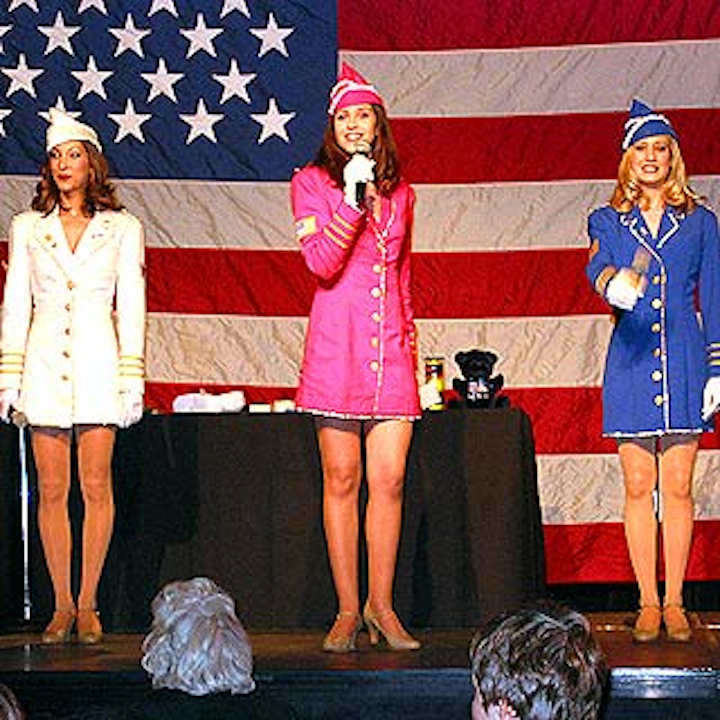 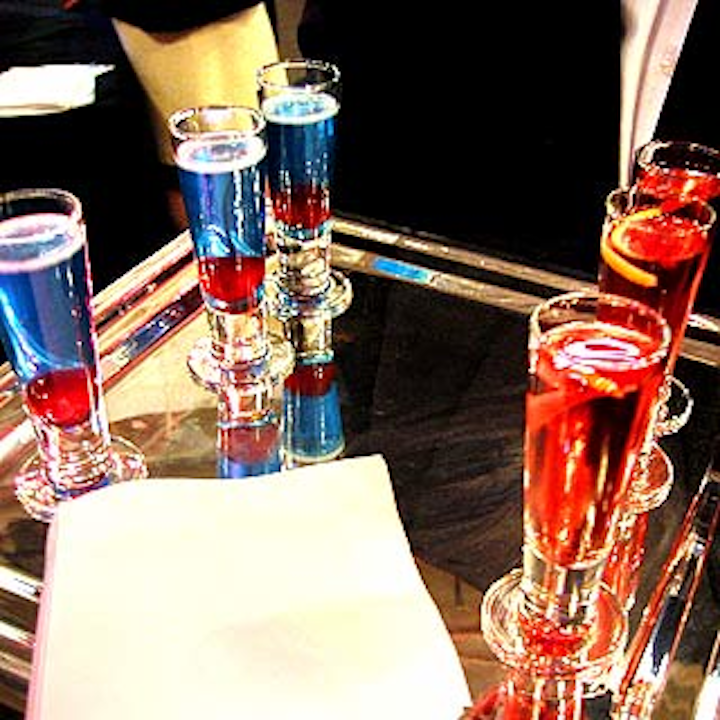 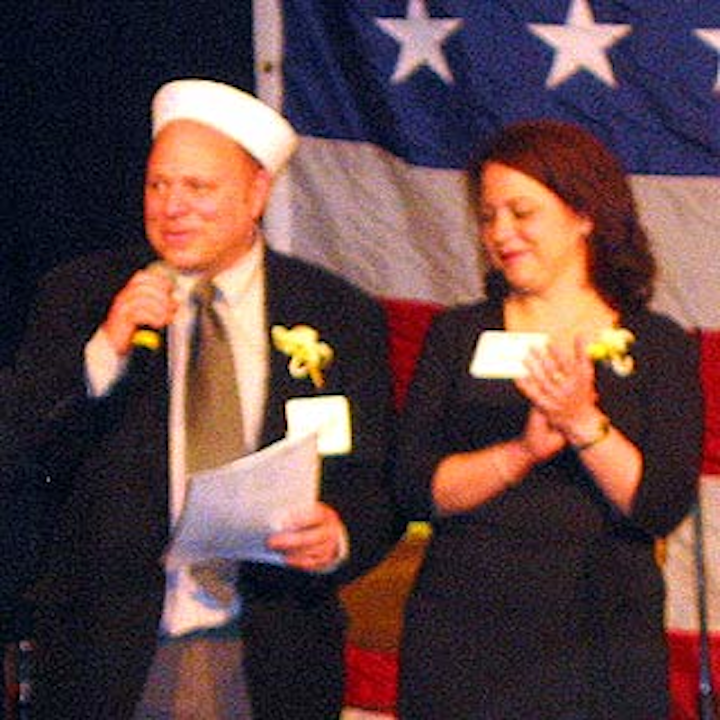 Event co-chairs Billy Amato of Bermuda Limousine and Rita Lopez of the Puerto Rico Convention Bureau made some pre-auction announcements. 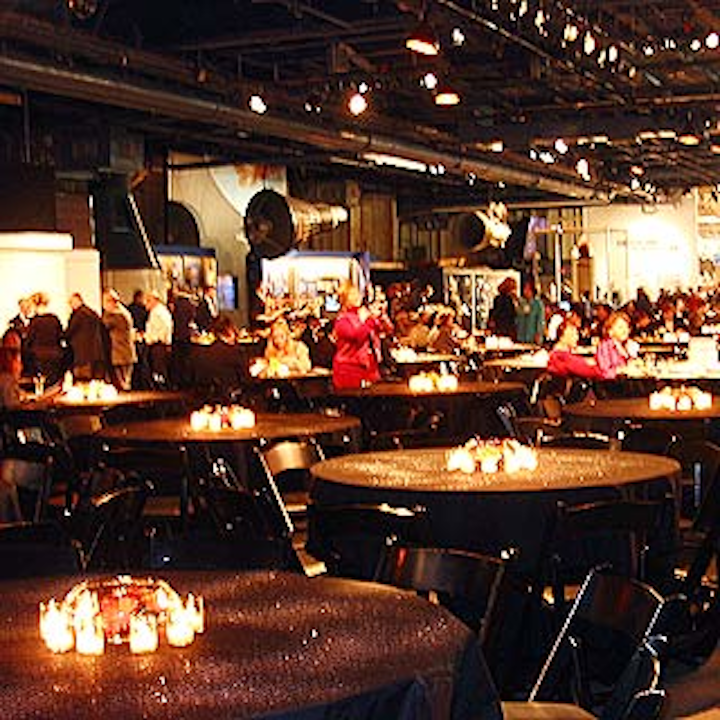 Tables were covered with black tablecloths and sprinkled with silver glitter.
More in Event Design