To launch its new partnership with interior designer Sarah Richardson, host of HGTV's Sarah's House, and to mark the company's recent collaboration with Lowe's Canada, Para Paints hosted a Canadian-themed cocktail reception for 150 corporate and media guests at the Gardiner Museum of Ceramic Art on Wednesday.

"We are Canadian, and we have been around since 1915," said Para Paints senior brand manager Garry Belfall. "We’re proud of it, so what better way to kick off the rebirth of our company than with an event like this."

Para Paints called on Christine Faulhaber of Faulhaber PR to plan the event. "It's all about chic Canadiana," she said. "Sarah is Canadian and Para is a Canadian brand."

Faulhaber chose the museum's Terrace Room, which houses Jamie Kennedy at the Gardiner. "We wanted a Canadian venue, and nothing is more Canadian than a Canadian museum. We also wanted something chic and beautiful. And, the fact that Jamie Kennedy’s food is green and local, we wanted that feeling as well, so it all came together," Faulhaber said.

Press kits also included a Canadian touch: Para Paints branded stones that guests could use to build their own inuksuk, a traditional stone landmark used by the Inuit. 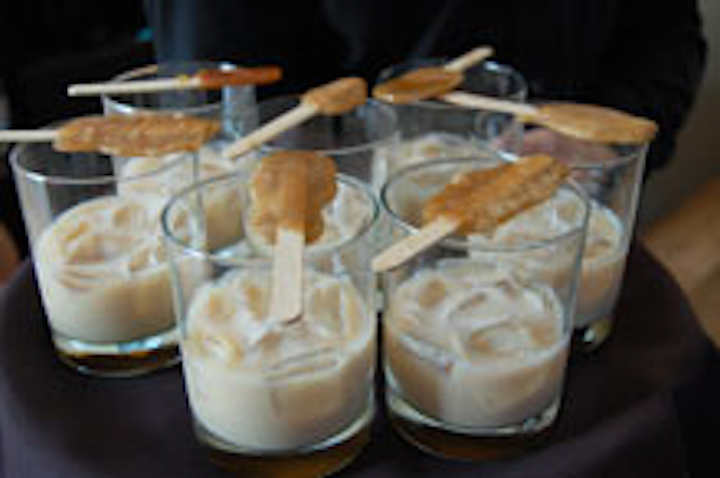 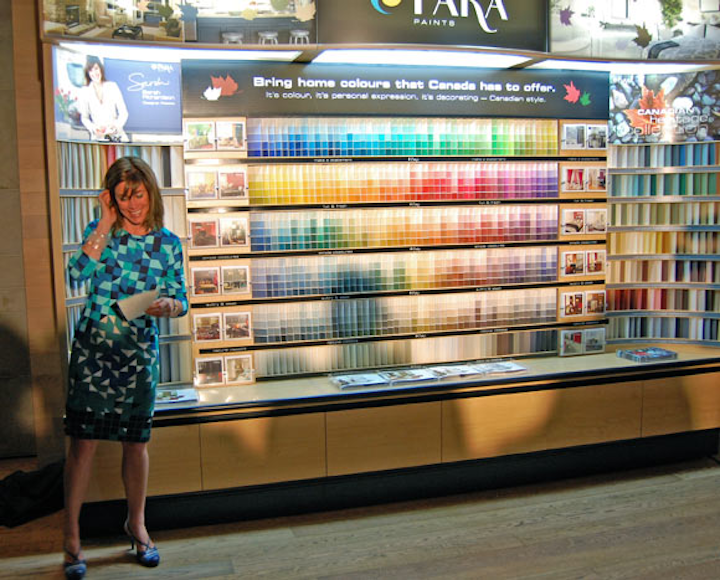 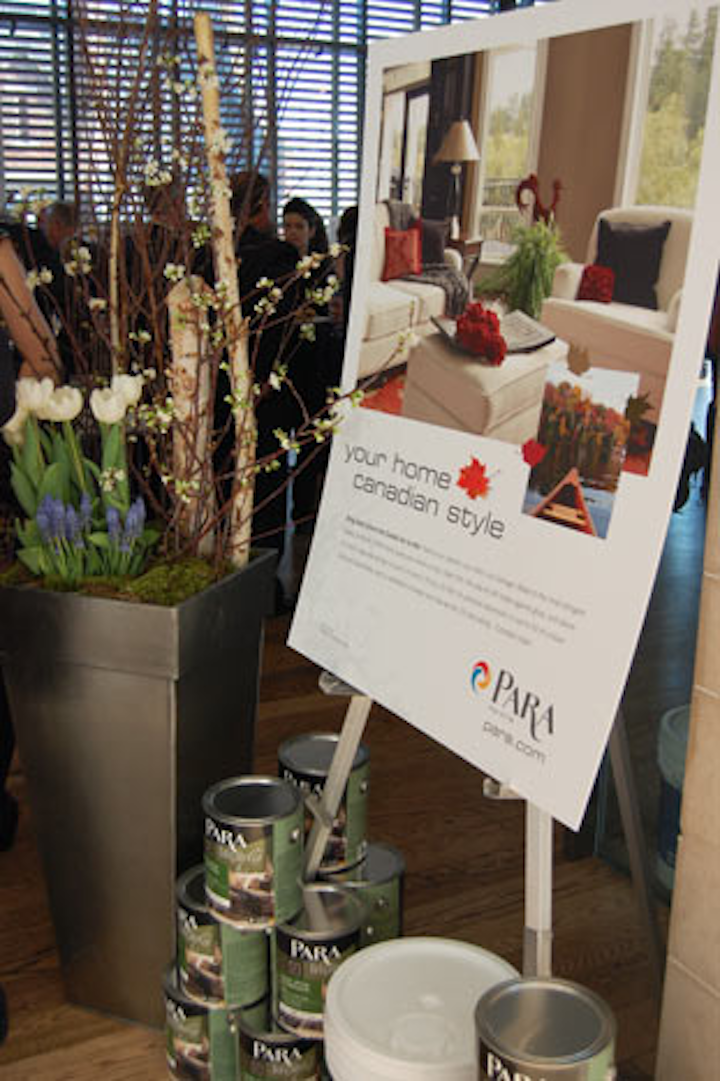 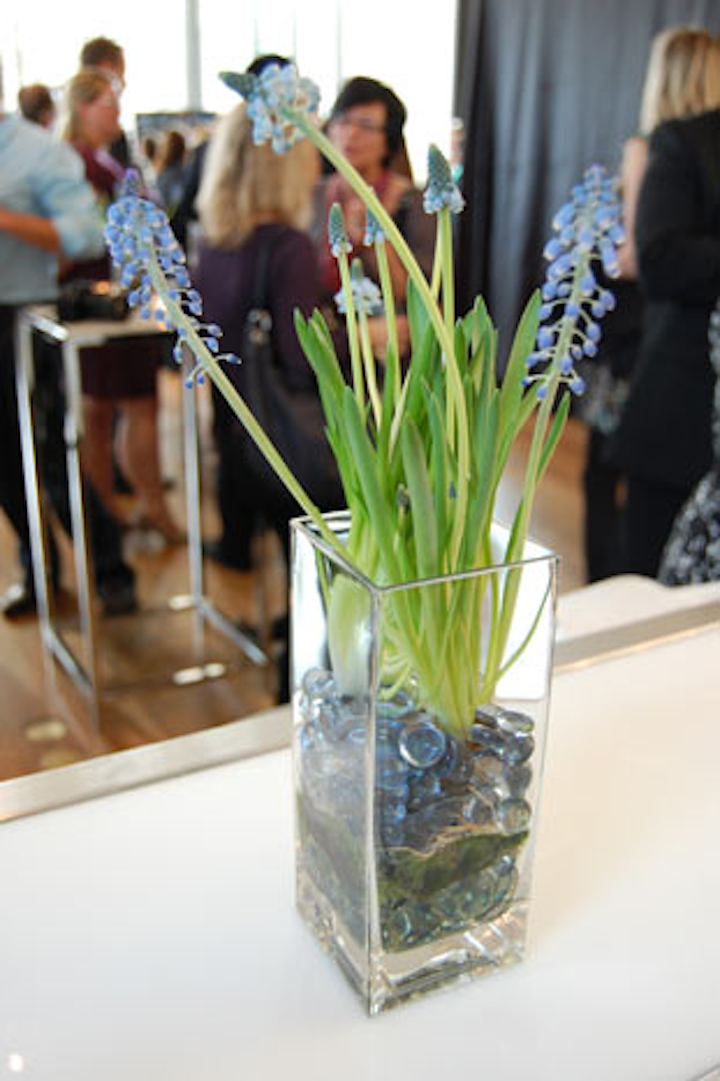 In a nod to the invitation design and the images used in Para Paints' product displays, Jackie O incorporated blue rocks into the floral arrangements that topped cocktail tables.
Photo: BizBash 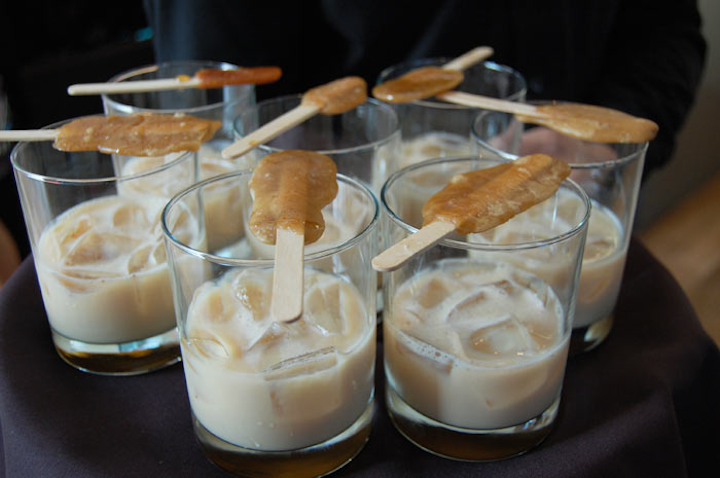 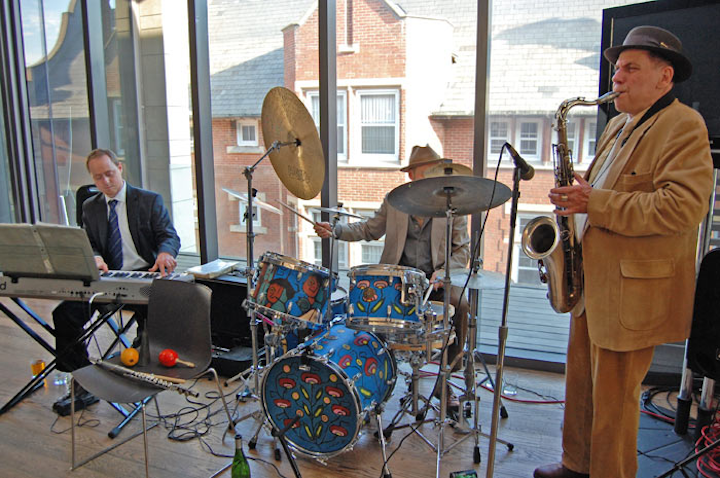 The Jim Heineman Trio performed for guests during the reception.
Photo: BizBash
More in Event Design