The airline hosted the party atop the London West Hollywood, where views span for miles—like the view from the window of an airplane, you might say. The exclusive guest list of about 200 included frequent passengers, airport industry executives, and media folks. Chris Rossi, Virgin Atlantic Airways senior vice president for North America in the U.S. headquarters, hosted the event. Virgin Atlantic corporate communications program manager Lisa Hofmeister and marketing communications coordinator Laura Kilroy oversaw the event, tapping Christine Courtney-Myers at the C3 Agency to produce it; C3 Agency has been producing launch events for the domestic airline, Virgin America, for the past three years, and that airline recommended the firm for the job.

To enter the party, guests received mock boarding passes upon check in, and rode private elevators (or, ahem, lifts) to the London's rooftop pool deck. Uniformed Virgin Atlantic Airways flight attendants greeted guests at the entrance and circulated in the space. Guests could experience Virgin's Upper Class and Premium Economy seating categories and learn about the attributes of each through demo stations built using the actual seats. Vintage scooters served as decor and photo opps for guests. 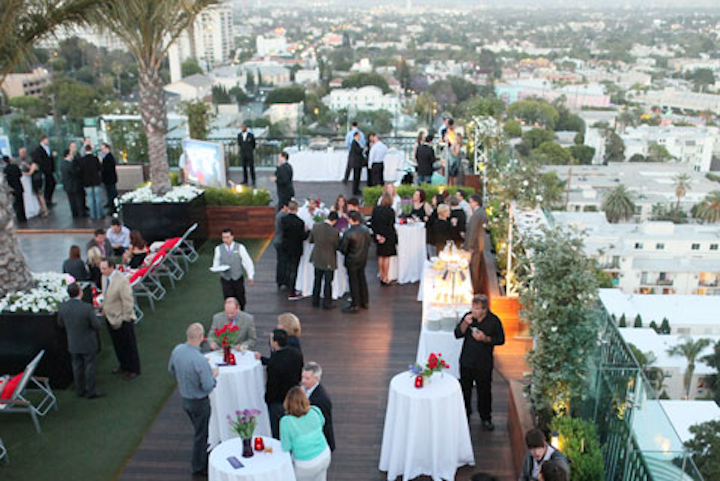 Atop the London for the Virgin Atlantic event
Photo: Rene Macura 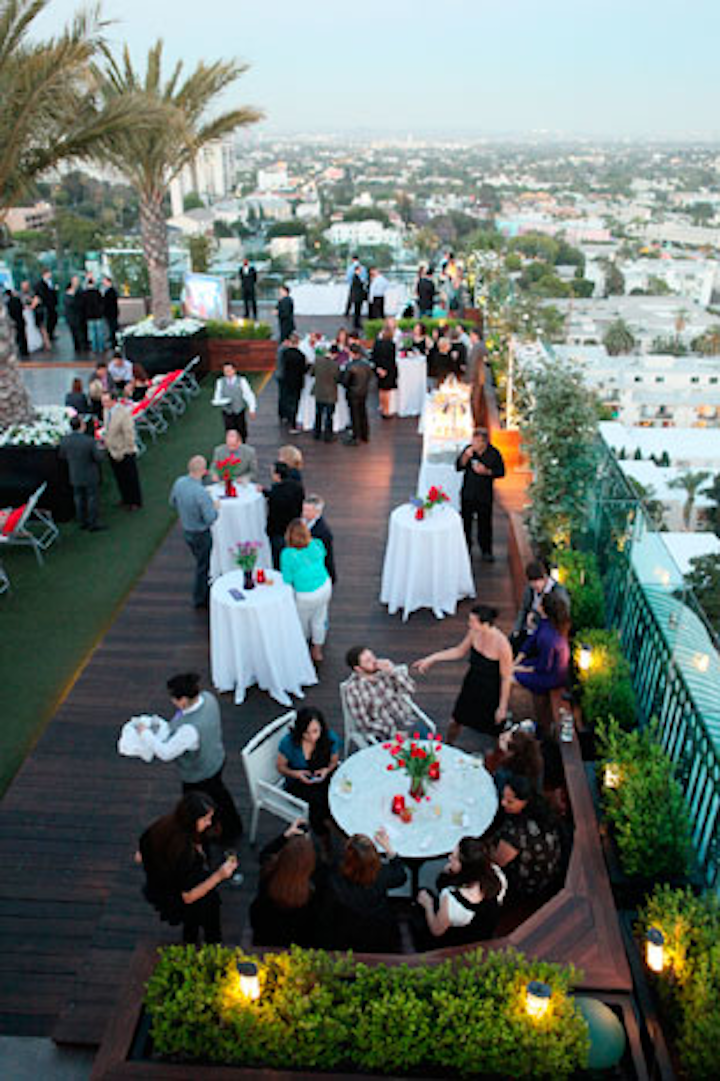 Guests mingled atop the London, where the view stretches for miles, for Virgin Atlantic's anniversary event.
Photo: Rene Macura 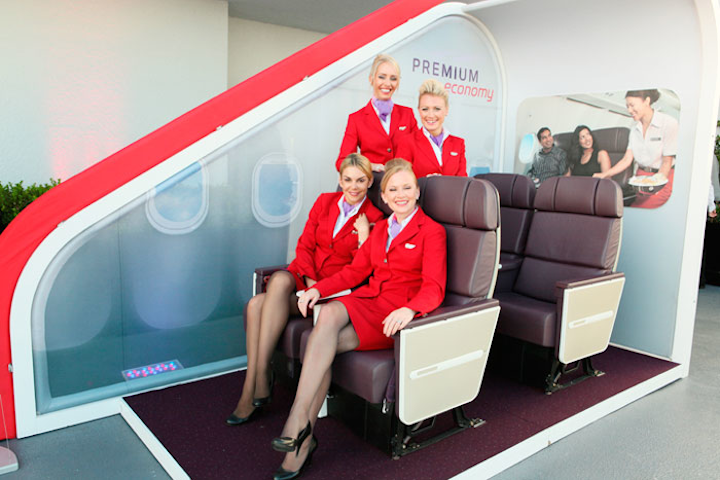 Flight attendants in uniform made an appearance at the event.
Photo: Rene Macura 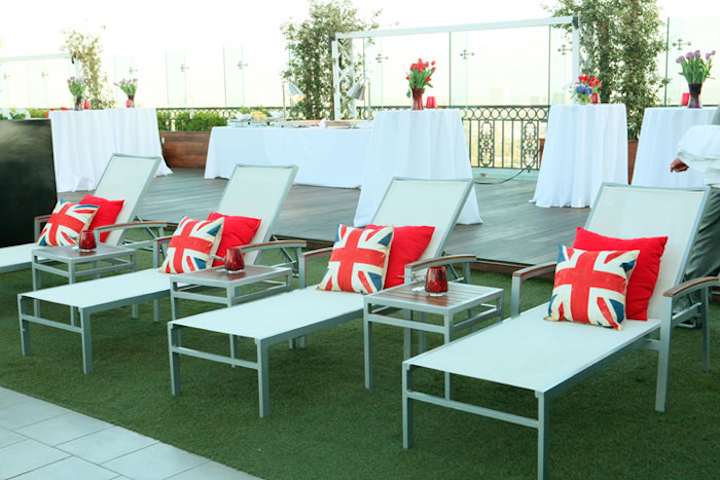 The British flag turned up in the form of throw pillows on lounge chairs.
Photo: Rene Macura 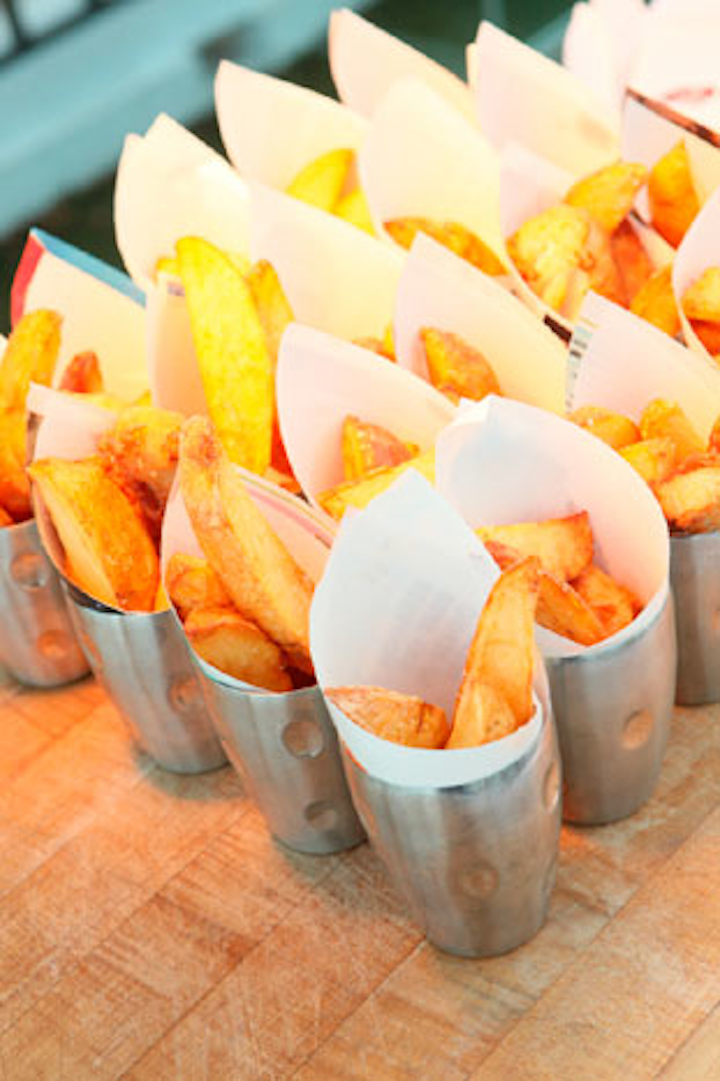 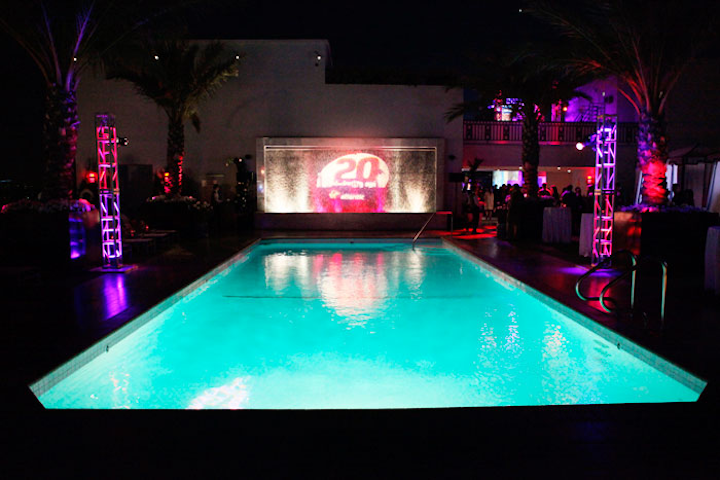 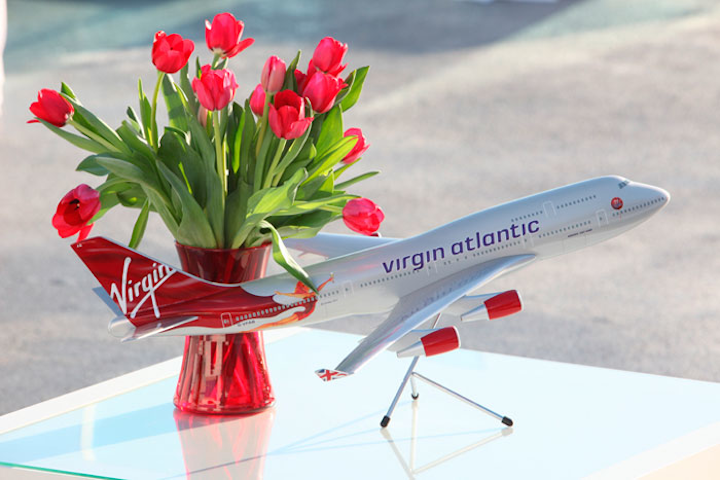 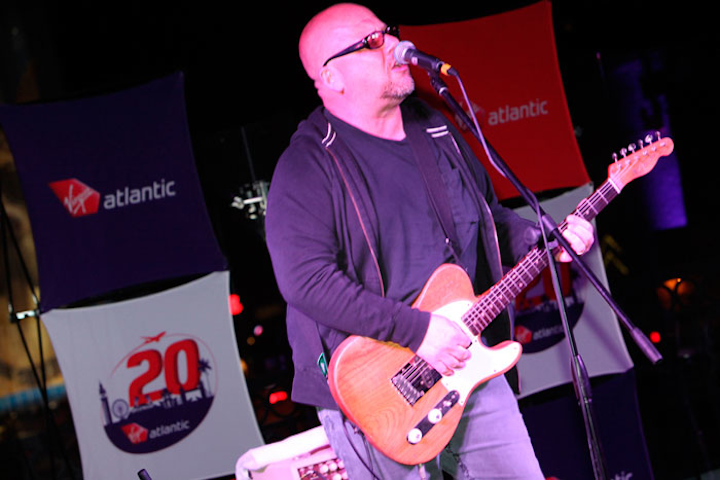 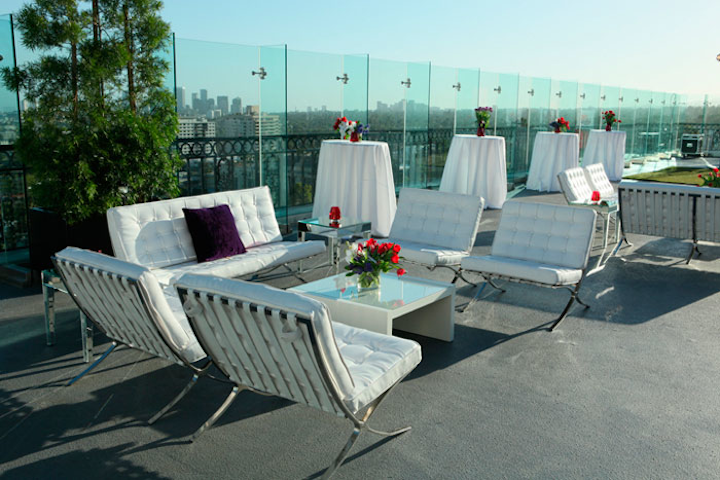 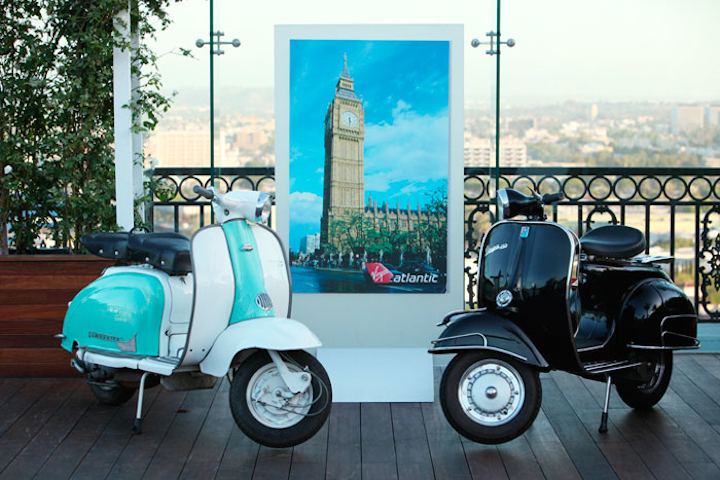 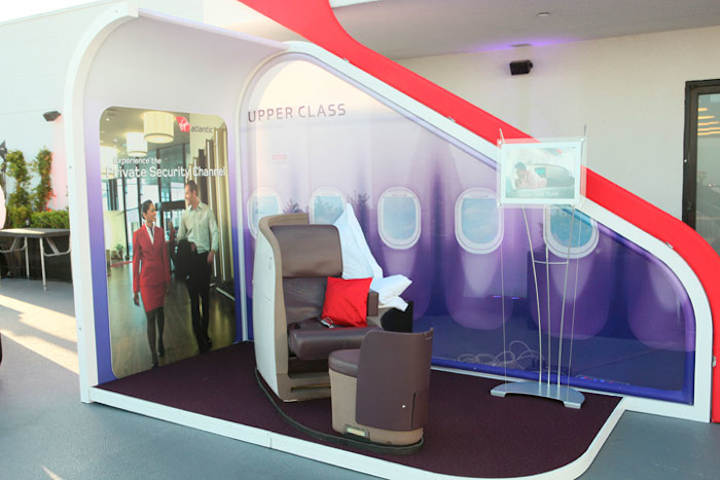