On Wednesday night, the Walrus Foundation—the nonprofit behind magazine The Walrus—hosted its annual gala fund-raiser, incorporating travel-themed decor in honour of sponsor Aimia, a group loyalty company best known for its frequent-flyer program. With the theme "the Walrus Travels," the sold-out event attracted 420 guests to the Fermenting Cellar.

“Because Rupert Duchesne [president and C.E.O. of Aimia] was this year's gala chair, and Aimia was a gold sponsor, we thought 'the Walrus Travels' was a fitting theme,” said David Leonard, manager of events and special projects at the Walrus Foundation. Working closely with vendors, the organization’s event team created playful sandbag centrepieces tied to floating hot air balloon-like items. Designed to look like the sky, the space was uplit in blue with bunches of white and silver balloons serving as the clouds.

To raise funds, the event included a silent auction that included air miles, courtesy of Aimia. In addition, guests could purchase a key for $50. A clever take on a traditional raffle, only three keys could open one of the three chests with big-ticket prizes, like a Newfoundland Circumnavigation cruise or a Toronto International Film Festival membership.

This was the gala's fourth year at the Fermenting Cellar. The event, with a capacity for 420 guests, sells out annually, but this year, tickets were gone by June. “This is the fastest we’ve ever sold out,” Leonard said. When asked if he would consider relocating to a larger venue, he replied, “We’re happy here—for now. Who knows?” The event raised $260,000, surpassing organizers' expectations by $10,000. 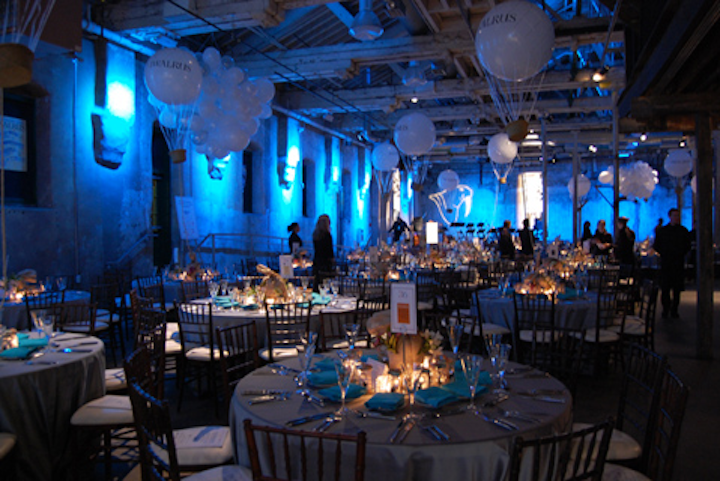 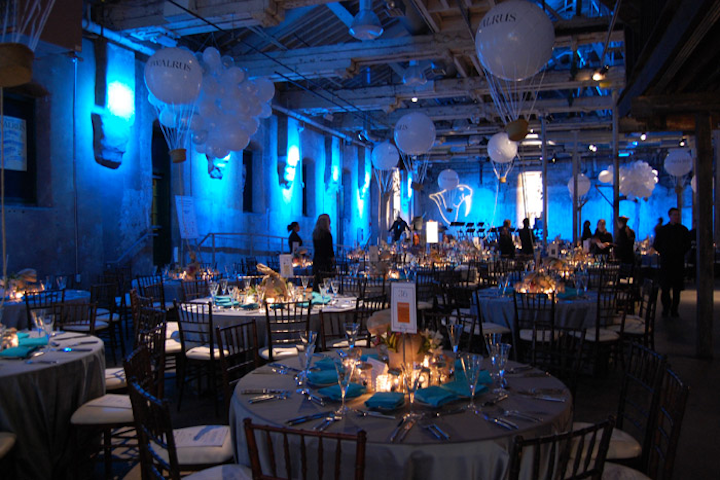 With help from 5th Element, the Fermenting Cellar was washed with blue lighting. To create a sky-like scene, silver and white balloons acted as clouds and mini hot air balloon-like items were tied to sandbag centrepieces.
Photo: BizBash 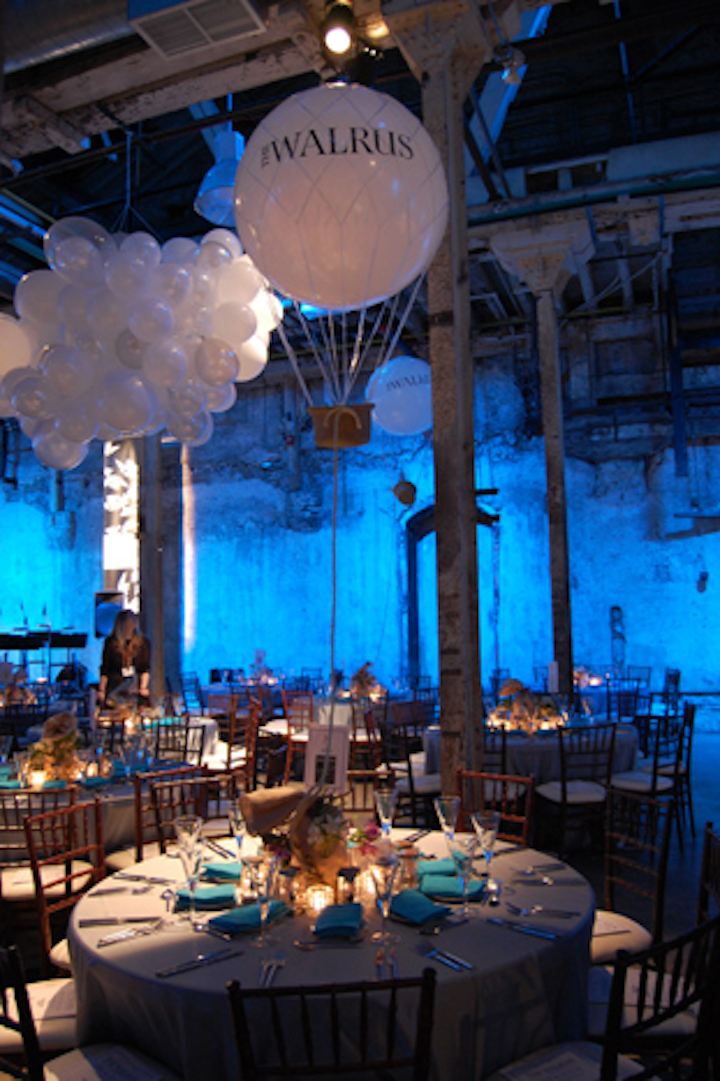 Beneath the floating decor, Chair-Man Mills provided Bormioli glasses and colourful blue napkins that brightened the tables. As a small gift, wine stoppers topped with a glass globe awaited guests at their place settings.
Photo: BizBash 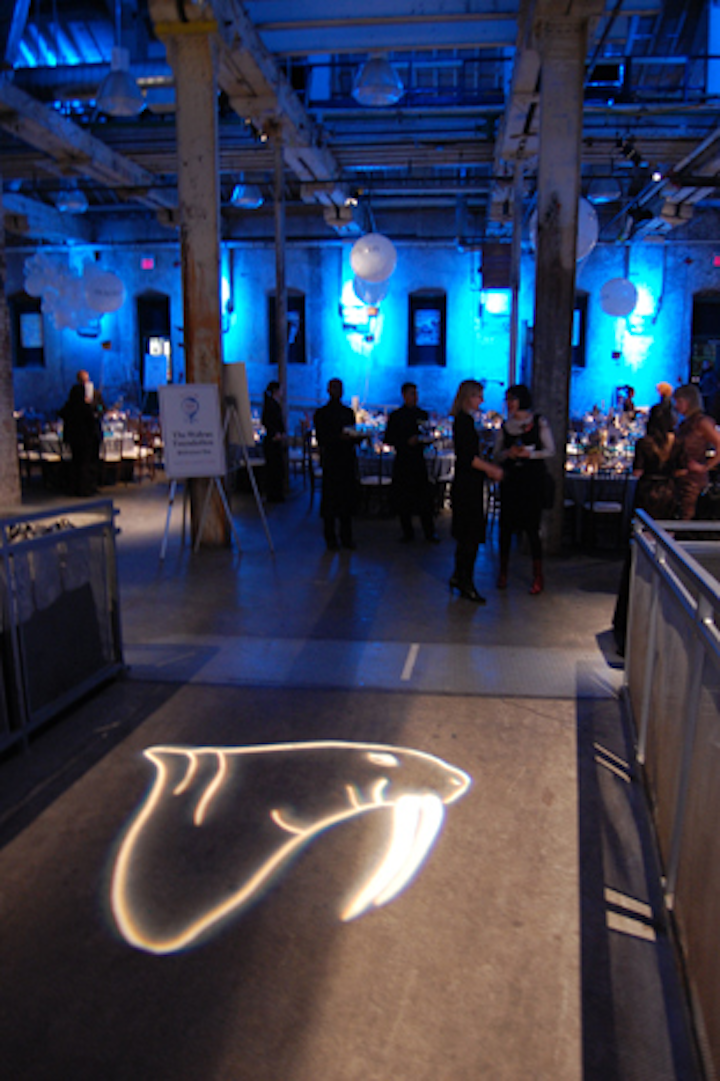 A walrus was projected onto the floor at the entrance. Walrus imagery also graced a few of the walls of the Fermenting Cellar.
Photo: BizBash 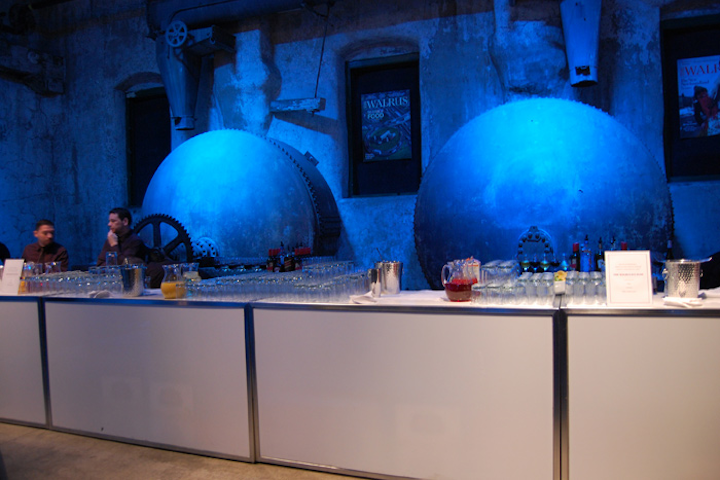 At the bar, bartenders served the night's cocktail, dubbed the "Walrus Ice Floe," a libation made with vodka, cointreau, and white cranberry juice.
Photo: BizBash 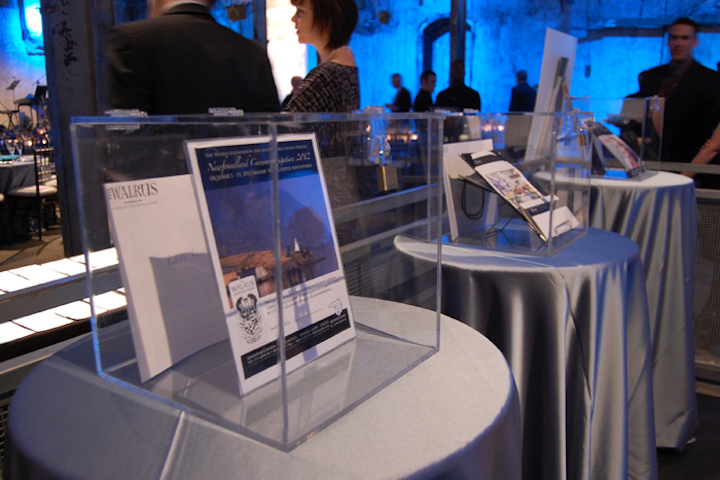 In lieu of raffle tickets, guests could purchase keys for the chance to open three boxes with big-ticket prizes. The grand prize was a circumnavigation of Newfoundland.
Photo: BizBash 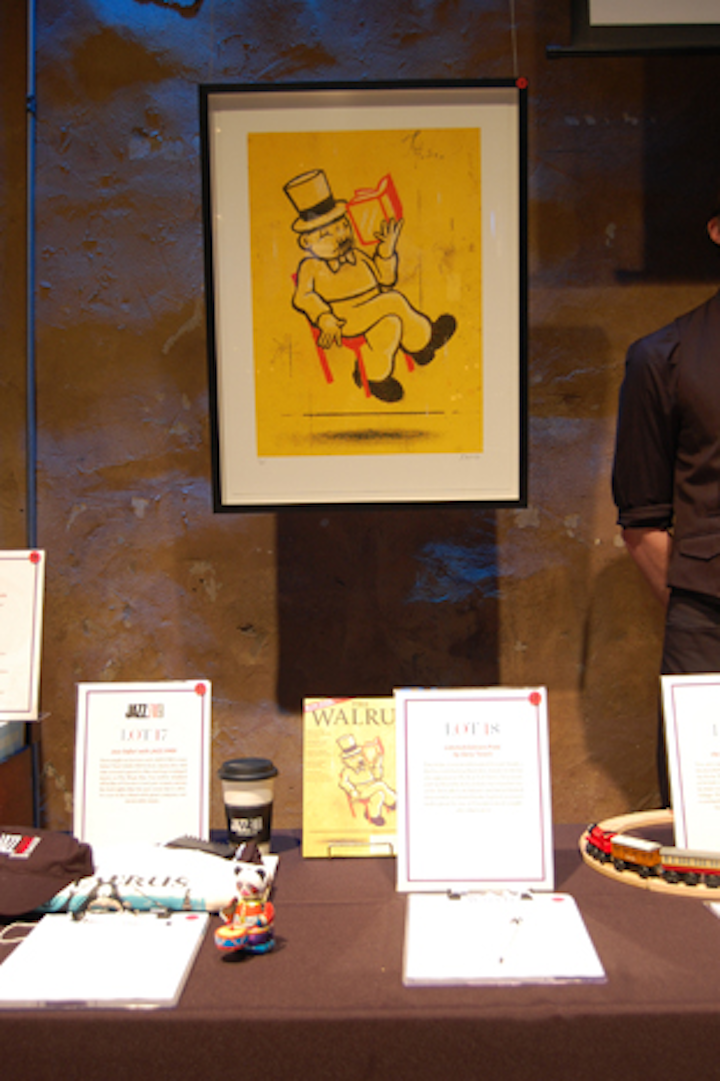 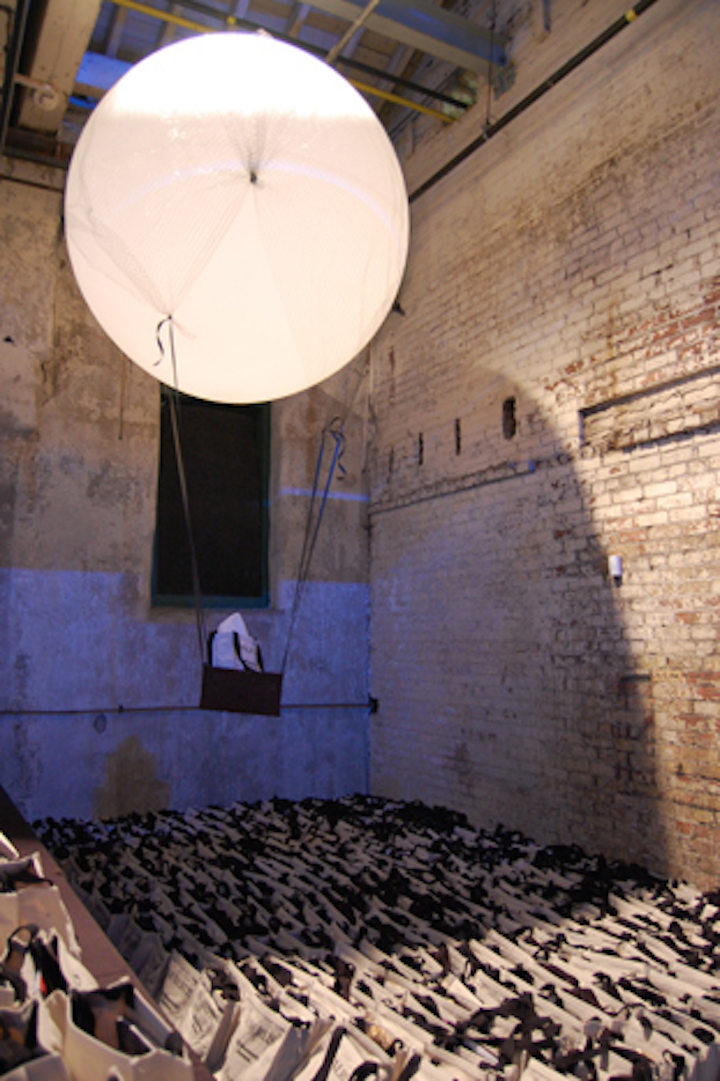 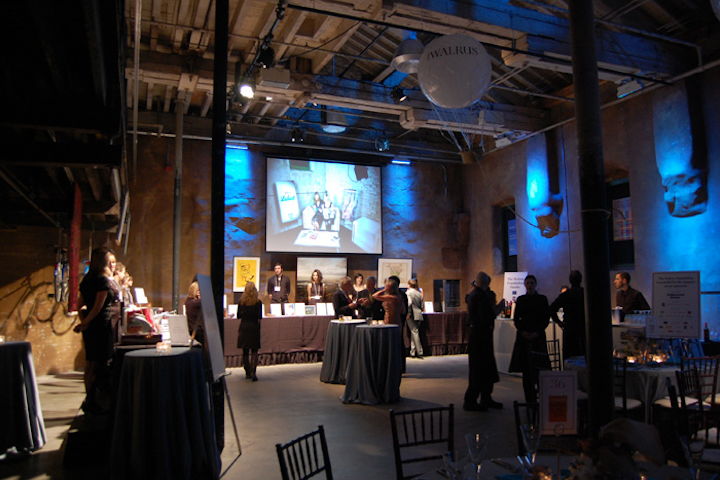