With the help of Bruno Mars, John Oliver, and others, the nonprofit's blockbuster benefit had the theme of "Bridge to Possibility" and raised nearly $60 million to fight poverty in New York.

Previous Robin Hood Foundation benefits have chosen themes of Times Square and the New York subway system, so it was fitting to see another of the city's icons—the Brooklyn Bridge—as the centerpiece of this year's benefit, held Monday at the Jacob K. Javits Convention Center.

The foundation, which fights poverty in New York, chose a theme of "Bridge to Possibility" and again turned to David Stark Design and Production to design the event. The decor evoked different moods by depicting the bridge at sunset and late at night. Guests entered the event space through the gaping mouth of the Brooklyn Bridge, and draping printed with images of the city skyline gave the impression of walking across the bridge at sunset. Inside, black draping gave the reception space a nighttime feel with a 140-foot replica of the Brooklyn Bridge bisecting the reception space. Guests were invited to climb up the weight-bearing structure and stroll across the bridge, while others mingled underneath it. A paper moon, emblazoned with a silhouette of the Robin Hood logo, hung overhead.

To encourage guests to take their seats for dinner, the Hungry March Band led a New Orleans-style parade through the reception space with some members holding signs that read "Follow Us" and "It's Time to Eat." In the dining room, the tables were arranged in waves of color, with orange, gold, and pink tablecloths evoking the sunset.

"The Brooklyn Bridge has been on our mind at Robin Hood for awhile since it's such as nice metaphor," said Lindsay Carroll, one of the event's producers. "This year our focus is on helping immigrants in New York City. We are fund-raising for programs to help immigrants to get the foothold they need. That's where the bridges theme comes into play: Robin Hood has always seen itself as a bridge."

Union Square Events returned as the caterer and set up four kitchens to manage the meal service, almost as if it were serving four different parties, Carroll said. Hot Bread Kitchen, which receives Robin Hood funds to train immigrants to make goods inspired by their home countries, provided the bread baskets. 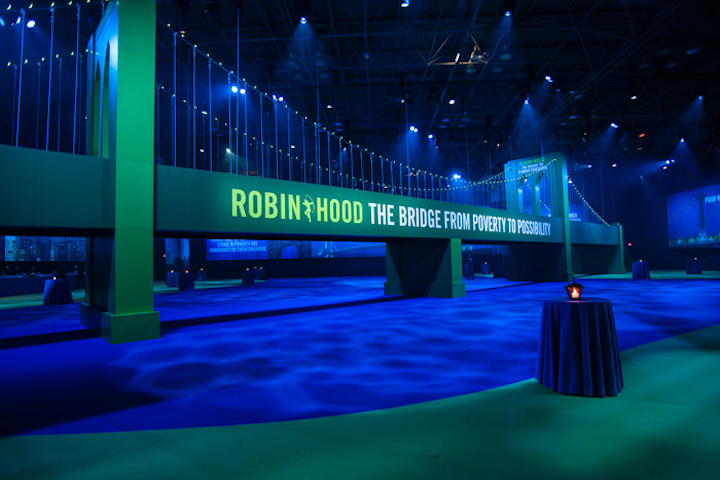 A 140-foot replica of the Brooklyn Bridge dominated the reception space. The weight-bearing structure could hold as many as 200 guests, and they were encouraged to stroll along it.
Photo: Keith Sirchio for BizBash 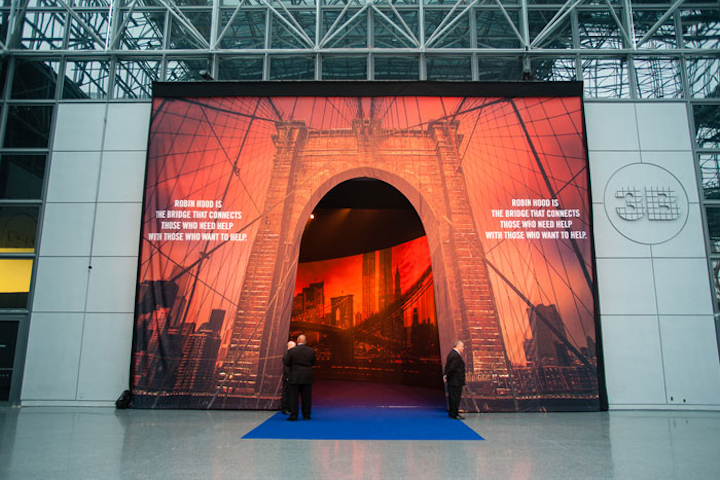 Guests entered the gala by walking through a recreation of the Brooklyn Bridge.
Photo: Keith Sirchio for BizBash 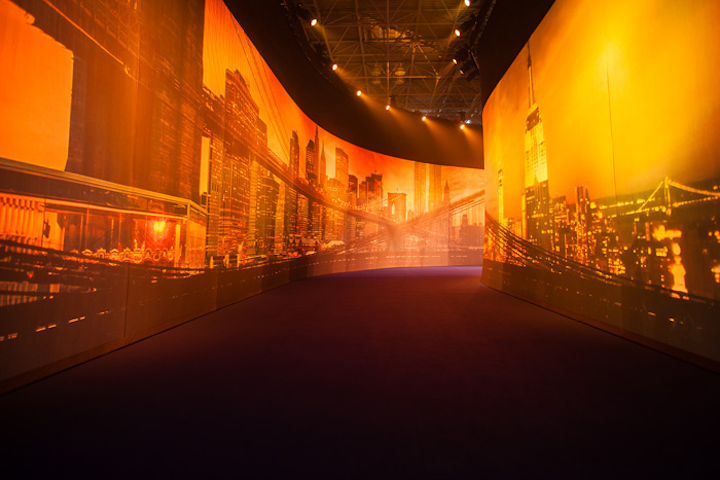 Screens printed with the New York City skyline enclosed the entry hallway that led to the reception space.
Photo: Keith Sirchio for BizBash 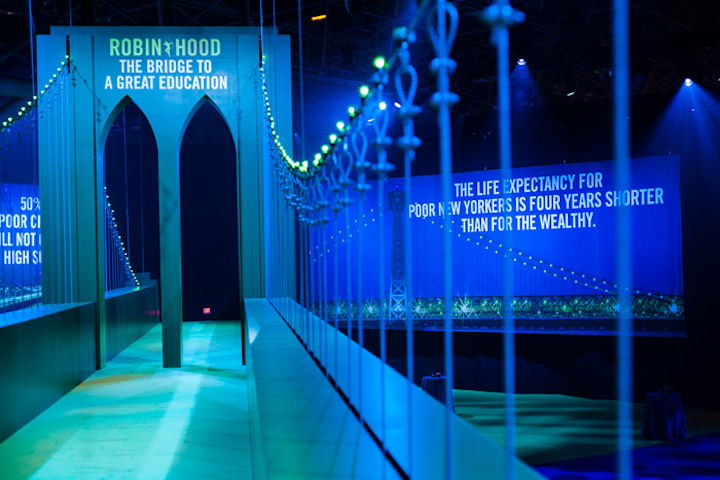 The structure featured the bridge's signature double arches as well as its lighting—but the recreation used bulbs in the foundation's signature green hue.
Photo: Keith Sirchio for BizBash 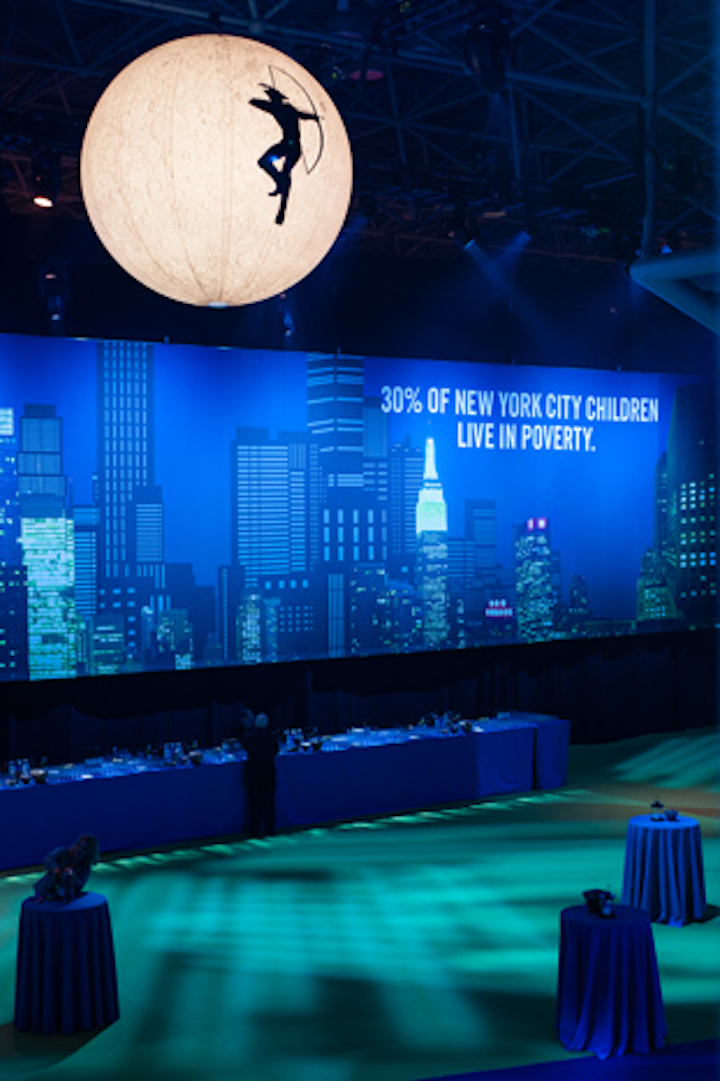 A lighting fixture that represented the moon had a silhouette of the foundation's logo.
Photo: Keith Sirchio for BizBash 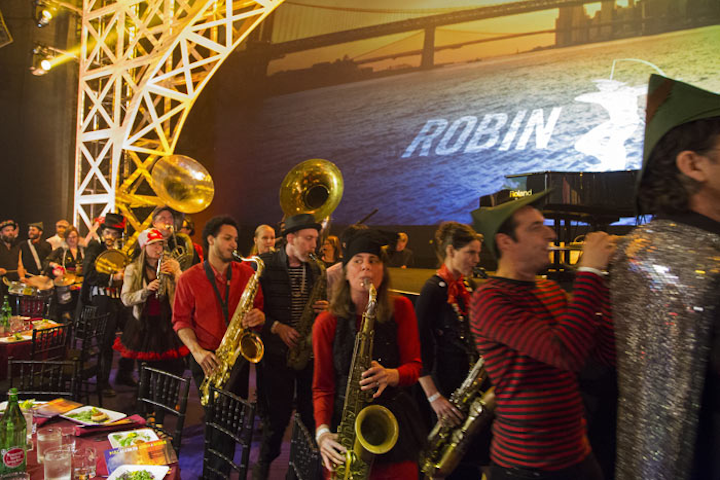 To signal the end of the cocktail hour, the Hungry March Band led a procession to the dining room. Some musicians wore Robin Hood costumes, while others danced and held signs that read, "Follow Us" and "It's Time to Eat."
Photo: Susie Montagna 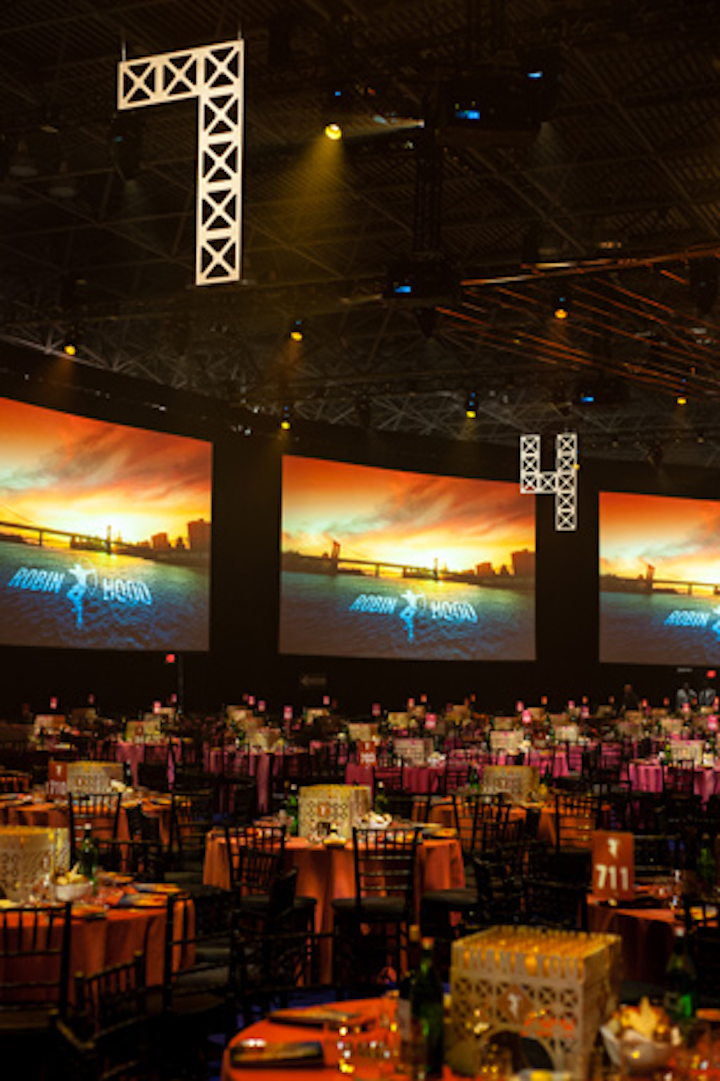 To help guide guests to their tables in the vast dining space, large numbers hung from the ceiling indicating the section for tables starting with that number.
Photo: Keith Sirchio for BizBash 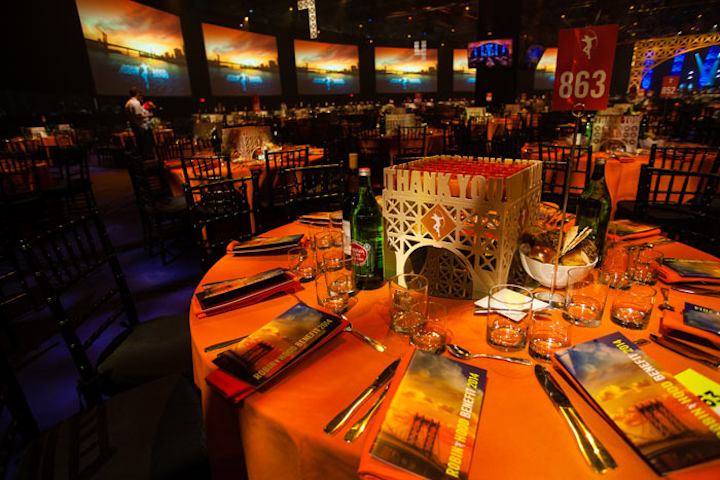 In the dining room, the tables were arranged in waves of color, with orange, gold, and pink tablecloths meant to evoke the sunset.
Photo: Keith Sirchio for BizBash 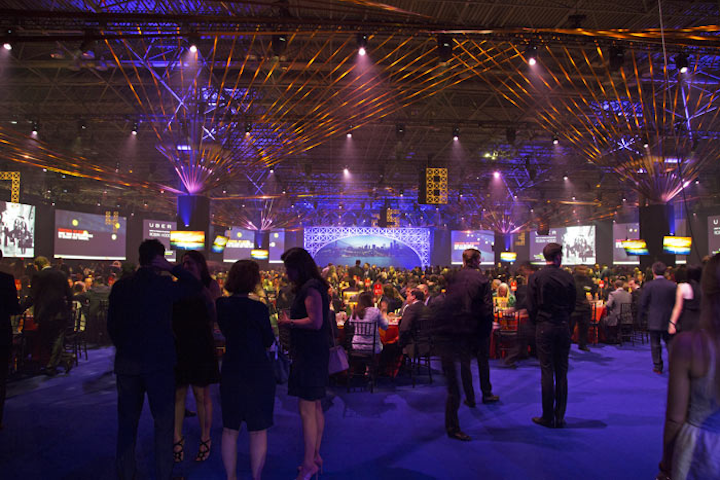 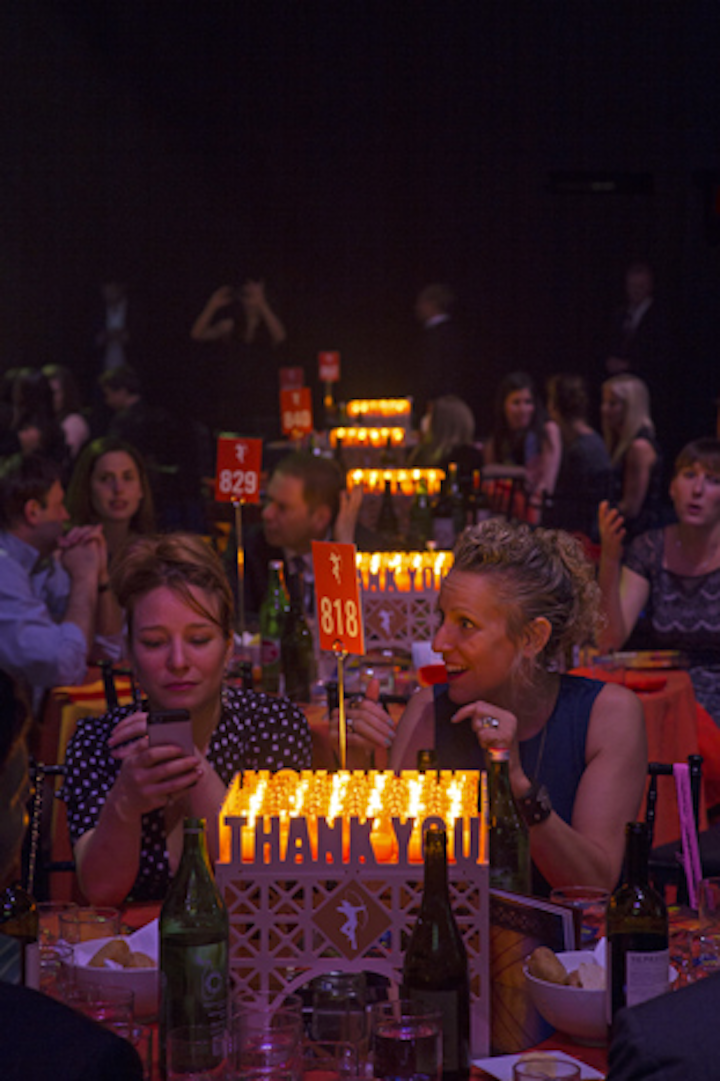 Centerpieces were designed as bridge-like structures with "thank you" spelled out on four sides.
Photo: Susie Montagna
More in Event Design