The inaugural Aurora Winter Festival has turned the grounds of the renovated Ontario Place park into a family-friendly winter fantasy.

Toronto has seen a rise in Christmas markets and winter light festivals in the past few years. This year, the latest family-friendly December event has turned the grounds of Ontario Place into a winter wonderland.

The Aurora Winter Festival, a 24-day ticketed event presented in partnership with the Canadian National Exhibition, is a whimsical, illuminated holiday village. The festival, which launched on November 29 and runs through December 30, was conceptualized and produced by Scott Emslie.

“We wanted to create an experience that was as interactive as possible,” Emslie said. Taking inspiration from his favorite holiday attractions and activities, Emslie explains that the concept was developed more than a year ago. He and his team wanted to embrace Toronto’s winter and “create the most immersive engaging experience for our guests.”

With 30 core team members, the installation of the festival took 17 days and spans nearly the entire 96-acre Ontario Place. Formerly an amusement park, Ontario Place reopened in 2017 after undergoing an extensive renovation since closing in 2012.

Throughout the grounds, attendees can find a mini market filled with 30 local vendors selling their wares, food trucks, a full-scale Ferris wheel, an inner tube park, a Polar Express-style mini train, and a 10,000-square-foot skating pond, which is illuminated by a giant narwhal.

Another big component of the festival is the array of light installations, which include a 50-foot, LED light tunnel and a forest inspired by the North Pole. “I wanted guests to feel like they have discovered a magical world that is filled with fun, joy, laughter, and love,” said Emslie.

For their first year, Emslie noted the attendance goal was to surpass 150,000 guests, although he didn't have figures to share so far. He said that his long-term vision for the festival is to create a special experience for guests.

However, the festival's future will depend on politics around the venue. In July, the government shelved plans to continue the redevelopment of Ontario Place—which would have included the construction of a $30 million public park called Trillium Park.

While Emslie said that it was “too soon to say whether the festival will become a recurring event,” he wants to focus his attention on making the event’s inaugural year a success.

The Aurora Winter Festival is also taking place in Vancouver at Concord Pacific Place through December 30. Here’s a look at some of the festival’s Instagram-friendly highlights. 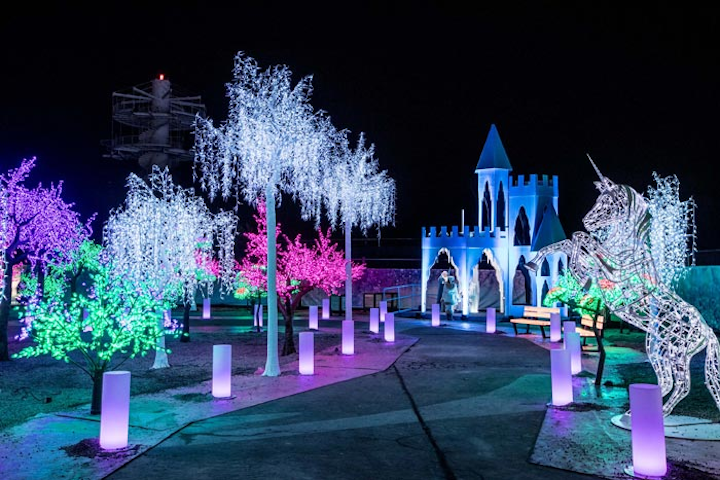 A whimsical forest includes trees with lights in a variety of colors, an illuminated unicorn, and a winter castle that seems straight out of Frozen.
Photo: Sarjoun Faour 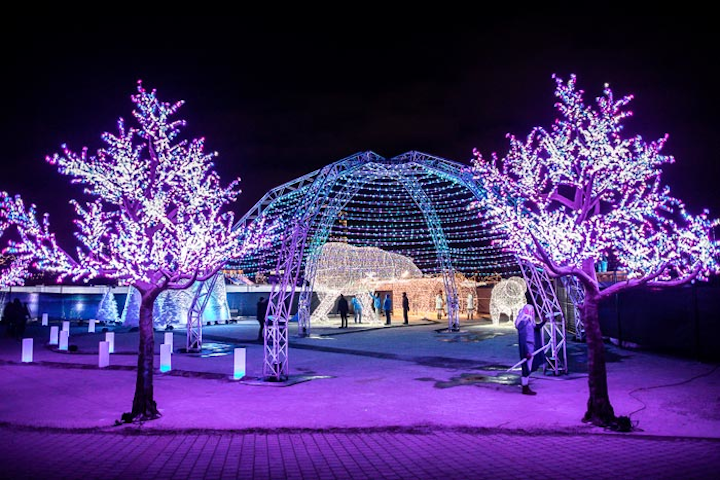 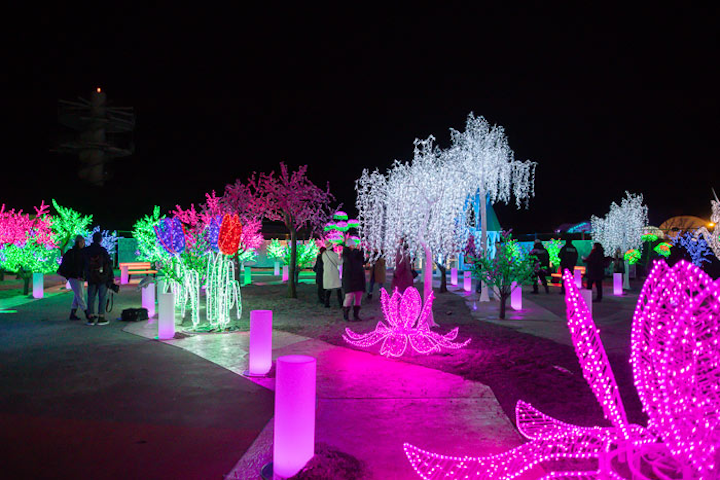 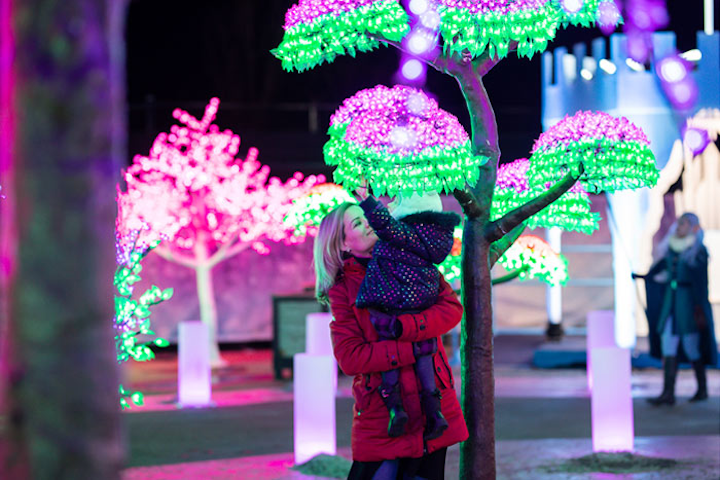 Festival producer Scott Emslie said the idea was to create a magical world for the holiday season and target it toward families.
Photo: Courtesy of Aurora Winter Festival 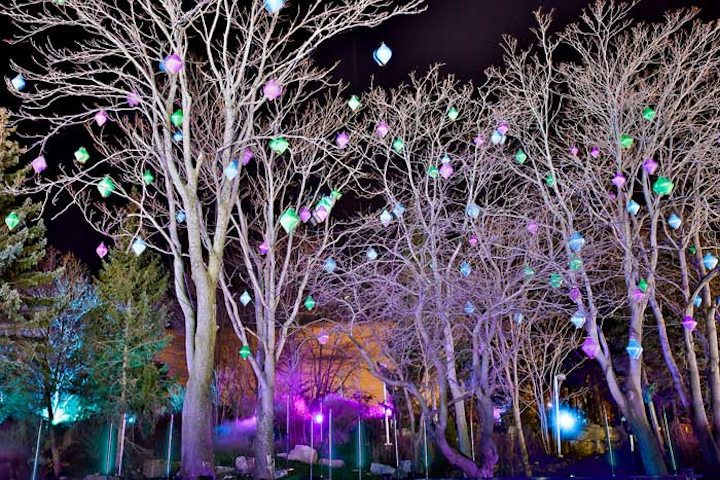 A section of the park features trees with hanging ornaments programmed to flow like the aurora lights.
Photo: Courtesy of Aurora Winter Festival 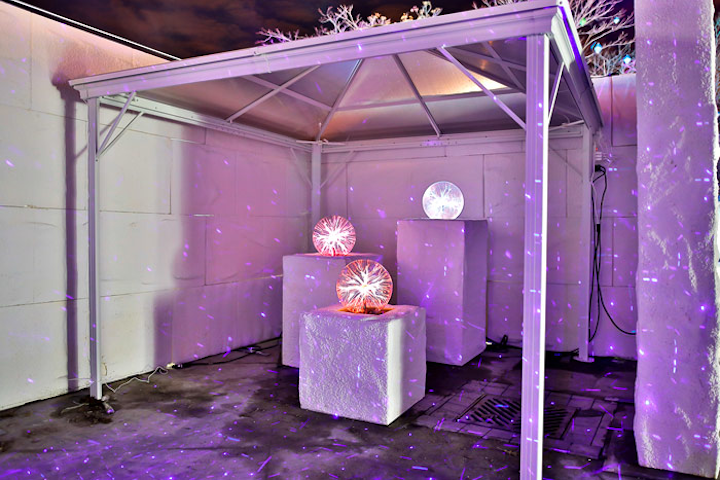 A maze that leads to Santa's workshop includes an installation of plasma balls.
Photo: Courtesy of Aurora Winter Festival 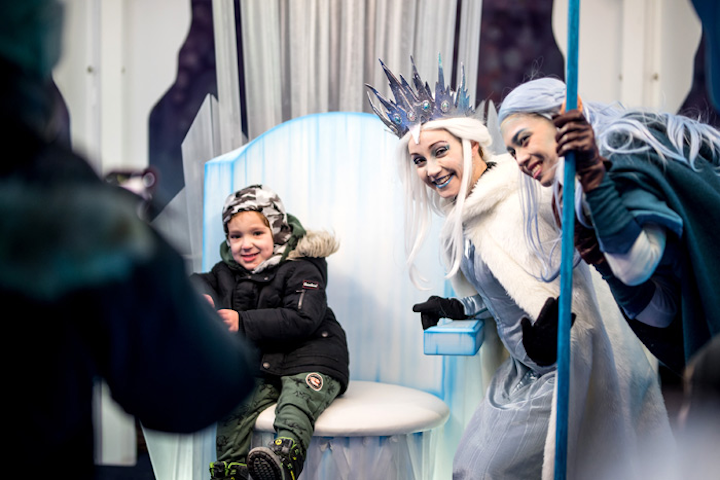 In the entertainment tent, guests can have their photo taken with elves who are part of the festival's fantasy world.
Photo: Sarjoun Faour 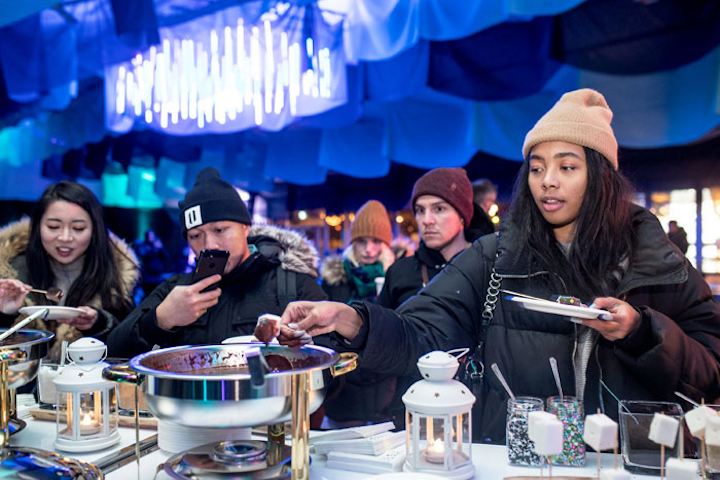 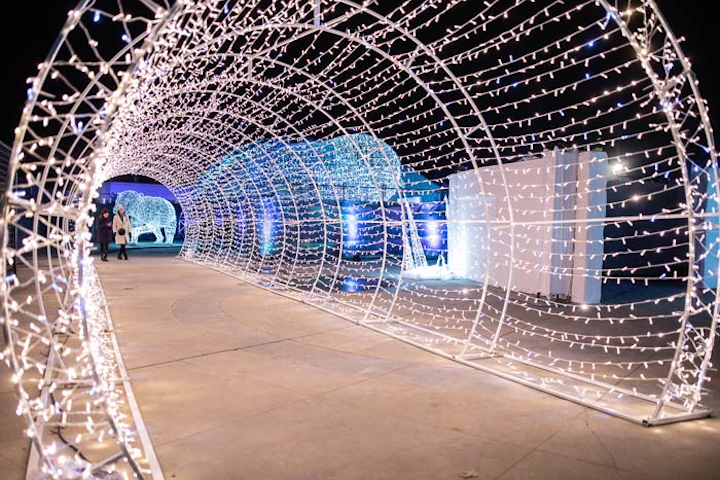 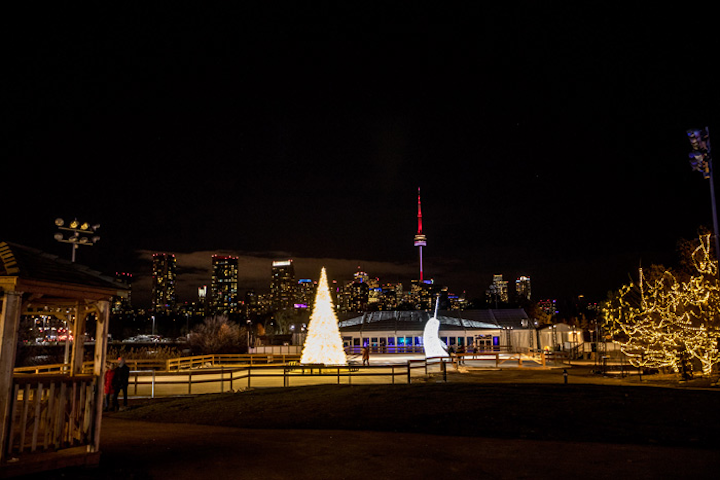 The festival also includes a 10,000-square-foot skating rink, which features a Christmas tree, a narwhal, and a view of the Toronto skyline.
Photo: Sarjoun Faour
More in Event Design