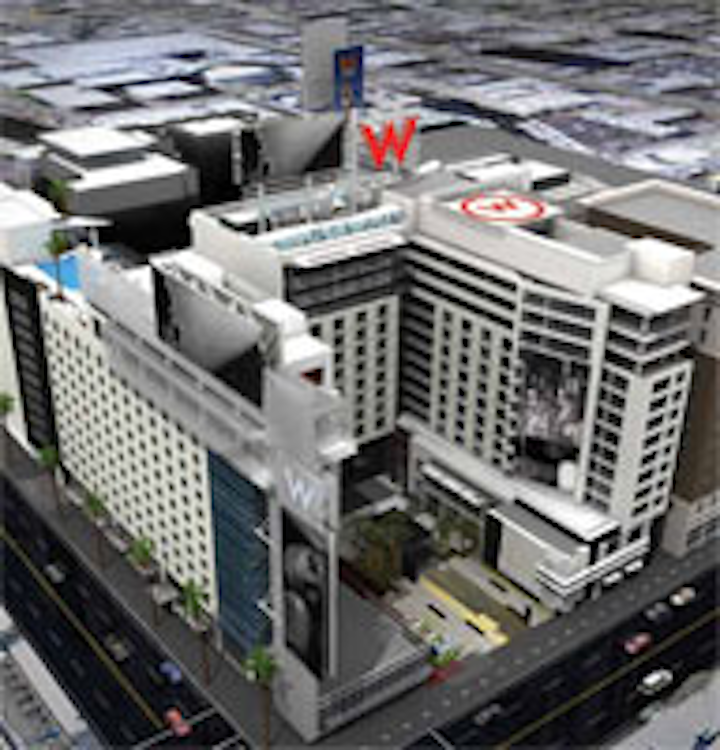 With the fall season approaching, a slate of new venues is under construction around town—some of which have been in the pipeline for years. Here's a sample of what to expect as summer gives way to autumn and winter in Los Angeles.

1. The opening on Monday of a job placement office for hundreds of workers to staff the new W Hollywood property generated more buzz and optimism—not to mention news coverage—surrounding the venue. When it opens in December, the venue will offer 10,000 square feet of meeting space and 25,000 square feet of overall special event space. The W will also offer a pool with day beds, cabanas, and a bar, and a variety of restaurant and nightlife offerings, including Drai's Hollywood from Las Vegas nightlife impresario Victor Drai.

2. Further west, Haute Los Angeles is a West Hollywood nightclub and lounge with an expected opening date in October. Couture fashion and style have influenced the decor and feel of the space, which will cater to special events. It is the first Los Angeles venture from international hotelier Bert Hurstfield.

3. Nightlife vets Loyal Pennings, John Terzian, and Brian Toll (of LAX and H.wood fame) recently announced they will reopen the lounge and restaurant Las Palmas—a Hollywood hot spot a decade ago—in late fall. The new Las Palmas will evoke some of the signature decor concepts of the space's former incarnation in a design that's a little kitschy with modern touches like low lanterns, plush seating, and colorful accents.

4. The team behind the new Philippe West Hollywood, expected to open in the former Dolce space at the end of September, announced additional details in August. The eatery will include multiple areas for guests, with spaces to accommodate 14 to about 300. Philippe is the eponymous restaurant of chef and owner Philippe Chow, who headed up Mr. Chow for 27 years before opening his own New York flagship with partner Stratis Morfogen.

5. The final phases of L.A. Live are expected to be complete toward the end of the year and early next year, with the opening of the 14-screen Regal Cinemas, and later the openings of the 878-room JW Marriott Hotel, the Ritz-Carlton Hotel, Los Angeles, and the Ritz-Carlton Residences. The Ritz-Carlton, Los Angeles is expected to open on February 15, 2010 with 123 guest rooms, a signature restaurant in partnership with a to-be-announced big-name chef, a rooftop pool, a club lounge, and a Ritz-Carlton spa. The Ritz and Marriott will have a combined 75,000 square feet of meeting space.