1. National Magazine Awards
The Scoop: The one day each year that magazine editors are allowed to worry about something other than their newsstand sales, this annual luncheon, sponsored by the American Society of Magazine Editors (ASME), attracts nearly all the top dogs in publishing for a long afternoon of congratulatory schmoozing at the Waldorf=Astoria.
Behind the Scenes: The Magazine Publishers of America’s Howard Polskin handles PR, while ASME executive director Marlene Kahan oversees the awards. Kirsh Productions is running this year’s installment—the 40th anniversary of the awards—which is expected to once again draw around 1,200 editors and publishers, at a price of $300 per ticket. April 13

2. National Book Foundation's National Book Awards
The Scoop: Last year’s all-female group of not-so-bestselling finalists was controversial, but there’s no debate that the awards have been the literary world’s preeminent event since 1950. Nearly 1,000 authors, their agents, and editors filled the ballroom last fall at the Marriott Marquis.
Behind the Scenes: The National Book Foundation oversees the event, and Goldberg McDuffie Communications has taken over the PR. Oliphant Press will design the invitations, Stuart & Stuart will design the programs, and Atlas Floral Decorators will arrange the centerpieces and decorate the stage. Nov. 16

3. Peabody Awards
The Scoop: The George Foster Peabody awards are the thinking man’s Emmys, the only awards luncheon in which Bill Moyers can take home a lifetime achievement award while the BBC wins awards for both a nuclear weapons exposé and its hilarious comedy The Office. Prior winners at what is broadcasting and cable’s most prestigious event include last year’s host, Katie Couric, and just about every retiring news anchor one can think of.
Behind the Scenes: The Grady College of Journalism and Mass Communication at the University of Georgia has presented the awards since 1941, when they were handed out for radio. Horace Newcomb is the current director of the Peabodys, and this year’s 64th installment will once again be awarded at the Waldorf=Astoria. May 16

4. Literacy Partners Gala Evenings of Readings
The Scoop: Gossip doyenne Liz Smith riffles through her Rolodex for the literary heavy hitters who attend this gala, Literacy Partners’ biggest fund-raiser of the year (and Smith’s pet project). The authors who read last year’s gala included Susan Orlean and former poet laureate Billy Collins. Senator Hillary Clinton and Tom Wolfe also took turns reading onstage at Lincoln Center’s New York State Theater.
Behind the Scenes: Buckley Hall Events will once again manage the event this year, and will bring back Robert Isabell and Robbins Wolfe Eventeurs for the flowers and catering, respectively. More than 700 guests are expected for dinner after the readings on the theater’s Promenade. May 16

5. The Magazine Lifetime Achievement Awards
The Scoop: The American Society of Magazine Editors and the Magazine Publishers of America (MPA) have combined their lifetime achievement awards into one night. An editor is inducted into the Editors’ Hall of Fame, and one magazine exec gets the Henry Johnson Fisher award. Top Time Inc. brass was out in force this year, as editor in chief Norman Pearlstine entered the Hall of Fame. IDG founder Patrick McGovern took the Fisher award.
Behind the Scenes: MPA events director Deidre Pannazzo planned this year’s gala at the Waldorf. Hank Lane Music provided the entertainment. Jan. 26

6. The Matrix Awards
The Scoop: Presented by New York Women in Communications Inc., these awards are given to women with outstanding achievements across an array of communication fields such as advertising, arts and entertainment, books, broadcasting, magazines, and PR, like People editor Martha Nelson (with presenter Hilary Swank, below). The biggest female media execs in town pack the Waldorf ballroom to honor them. Although the honorees have yet to be announced, 1,200 guests are expected at this year’s event.
Behind the Scenes: The New York Times Company is
the host this year, with vice president Jyll Holzman, acting as cochair. April 11

7. PEN Literary Gala
The Scoop: New York’s literary A-list turns out to fete fellow writers and free speech advocates. New NBC anchor Brian Williams is slated as this year’s master of ceremonies, while Tina Brown and Padma Lakshmi-Rushdie are among the cochairs.
Behind the Scenes: Lynn A. McCary Events coordinates the event, which comprises cocktails and dinner with tickets going for $1,000 per person and $10,000 or $25,000 per table. The floral design is by Fleurisa, food by Catering by Restaurant Associates, audiovisual production by One Dream Sound, and PR by HL Group. This year the gala will move from the Pierre Hotel to the American Museum of Natural History. April 20

8. New York Is Book Country
The Scoop: This nonprofit’s headline event is a two-day festival of readings, panel discussions, and assorted book-centric events expected to draw 40,000 readers down to Washington Square Park and surrounding New York University buildings. The festival is produced in association with The New York Times, which will reprise its “literary brunch” and afternoon tea in the park.
Behind the Scenes: Target returns as the presenting sponsor; others include Borders, DC Comics, Random House, and a whole host of other publishers. NYU will host many of the lectures, and New York City’s parks department is instrumental in staging the event. The festival is managed overall by EventWorks and executive director Ann Binkley. Oct. 1-2

9. The New Yorker Festival
The Scoop: A 20,000-strong mix of hipsters, self-styled literati, and the merely bookish cram venues around the city for readings, panels, interviews, and even culinary ours with the magazine’s contributors (like Jonathan Franzen, pictured) and editors.
Behind the Scenes: The New Yorker’s Rhonda Sherman and Overland Entertainment will team up for the fourth straight year to oversee and produce the festival. Last year’s venues included the Condé Nast building, the Knitting Factory, and even Astroland Amusement Park at Coney Island. The Union Square Barnes & Noble was festival headquarters. Sept./Oct.

10. Financial Follies
The Scoop: Produced by the New York Financial Writers’ Association (NYFWA), the Follies are the organization’s biggest fund-raiser. Top Wall Street executives and the beat reporters who cover them share tables to laugh at skits roasting the year’s newsmakers—last year’s included Donald Trump, the Google boys, and perennial favorite Martha Stewart, who was lampooned by an actress singing “Send in the Scones.” The 2005 Follies will be in the Marriott Marquis Broadway Ballroom.
Behind the Scenes: Jane Reilly, executive manager of the NYFWA, runs the show, and tickets go for $300 a pop or $3,000 per table. Nov. 18

11. Folio: Show
The Scoop: This three-day conference drew more than 2,000 attendees last year to discuss the actual nuts and bolts of magazine publishing: editorial, design, production, ad sales, and circulation. Though not especially glamorous, the show is the biggest draw of out-of-town publishers.
Behind the Scenes: The show is under new management this year, after Primedia sold the Folio: franchise to newcomer Red 7 Media. But the show still goes on at the Hilton, and Folio: still awards its prestigious Eddie and Ozzie awards for editorial and design excellence. Amy B. Zucchi is the show’s event director. Nov. 1-3

This story originally appeared in the February/March 2005 issue of the BiZBash Event Style Reporter. 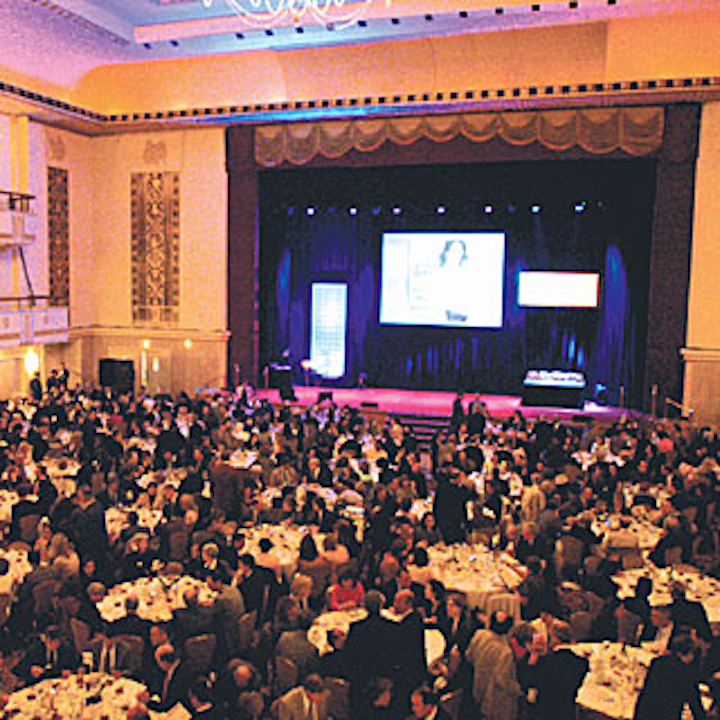 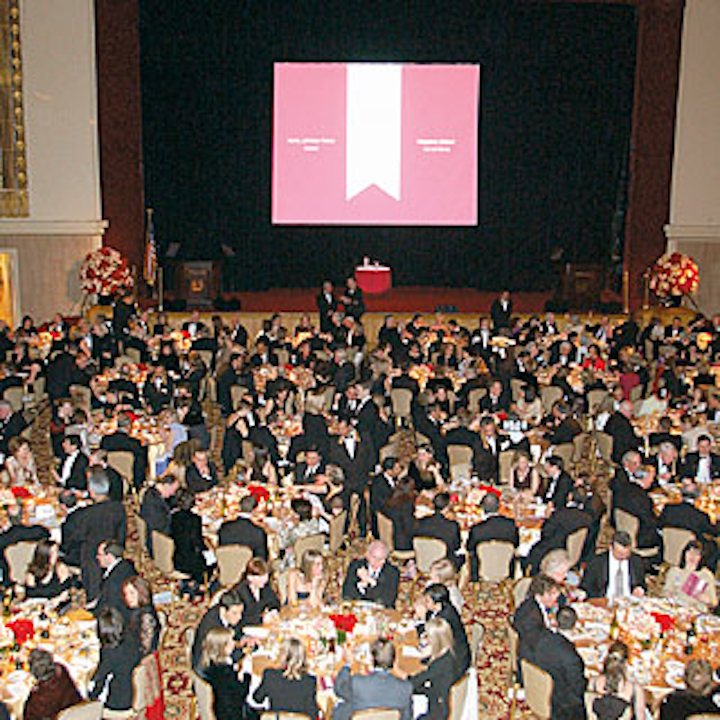 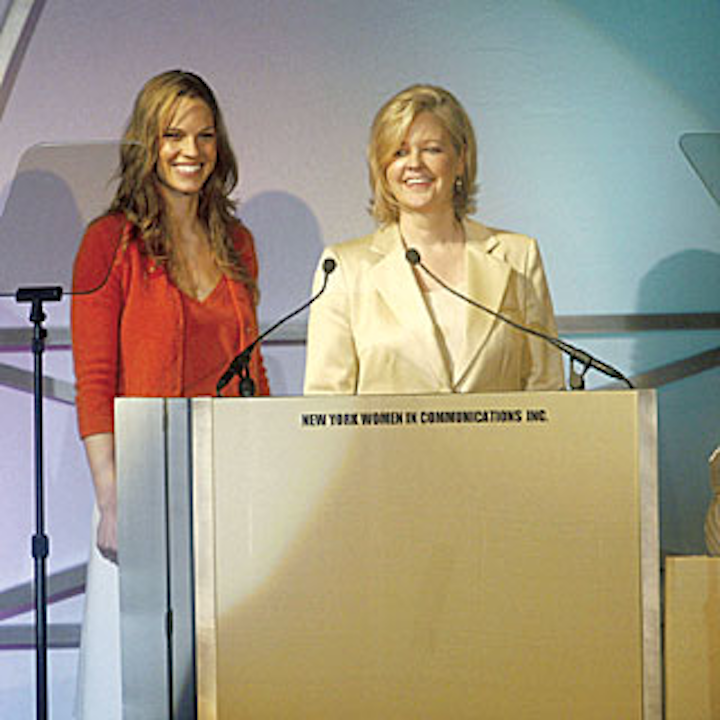 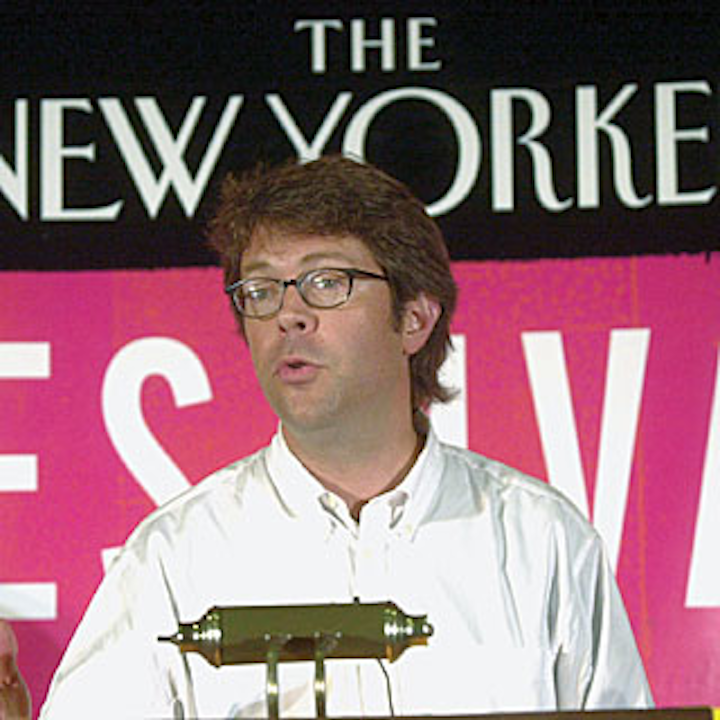