For its annual fund-raising ball, the Washington National Opera partnered with the German Embassy for a celebration of German music and culture, and to commemorate the fall of the Berlin Wall.

A 12-foot-tall, 34-foot-long replica of the Berlin Wall set the tone at Friday’s Washington National Opera Ball, which celebrated German culture and the 20th anniversary of the fall of Berlin’s former symbol of oppression. The Opera Ball—one of our Top 100 Events—is held at a different ambassador's residence each year (France last year, Peru in 2007) and celebrates the culture of their home country. The colorful, graffiti-covered wall fit in surprisingly well at the modern residence of this year's host, German ambassador Klaus Scharioth.

The 500-guest event featured streamlined decor, including sleek black couches, acrylic chairs, and graffiti-covered cubes for food displays. “We’re using fewer flowers and getting the biggest bang for our buck in different and unique ways,” said the opera company's special events director, Patti Humphrey, who worked with Sandi Hoffman of Sandi R. Hoffman Special Events to plan, design, and execute the ball. In a more cost-effective move, Humphrey opted to take advantage of the residence’s highlights, like a grand piano in a light-filled atrium and a terrace with a view of Washington’s skyline.

Outside, the residence’s reflecting pool became a Bellagio-style fountain, with five Dancing Waters performances of water and light throughout the night, each set to music by German composers such as Wagner.

One side of the Berlin Wall replica served as a backdrop for the band The Source, which played Motown classics as guests danced in the Lucite and plexiglass-floored clear tent—an Opera Ball staple that this year had air-conditioning for the first time—constructed on the Ambassador’s terrace. As in years past, Opera supernumeraries dressed in elaborate costumes from operas like “The Magic Flute" and greeted guests as they arrived at 9:30 p.m., after dining at various embassies around the city. Also, an artist from German porcelain company Meissen demonstrated hand-painting techniques on dinner plates, and a marzipan artist painted tiny almond-paste carrots, mushrooms, and cherries.

Marzipan was just one of the sugar-high inducing treats, as caterers Design Cuisine transformed two entire rooms into cocoa lounges filled with German chocolates and truffles, and even a chocolate tree. Patty Cakes made unique centerpiece cakes that were decorated to resemble the ambassador’s residence, the Berlin Opera House, and the Berlin Wall. For something more savory, Design Cuisine created a 14-foot-long ice sculpture that held an array of German seafood, including smoked trout, eel, mackerel, and salmon with horseradish-bloody Mary foam.

The German buffet continued downstairs in the dimly lit Berlin Bar, where German chanteuse Ute Lemper took the stage, vamping it up with a red feather boa and cabaret classics with a Washington twist. (She name-dropped Angela Merkel, Condoleezza Rice, Carla Bruni, Michelle Obama, Hilary Clinton, and Sarah Palin in one song.) After Lemper’s set concluded and the evening wound down around 1 a.m., guests left with a copy of Lemper’s CD, a Meissen mug, and one last German treat: a bag of gummy bears. 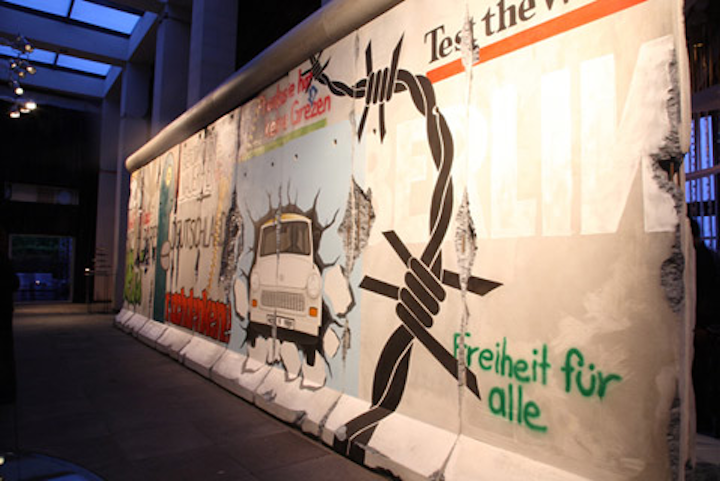 A replica of the Berlin Wall at the Washington National Opera Ball
Photo: Tony Brown/Imijination Photography for BizBash 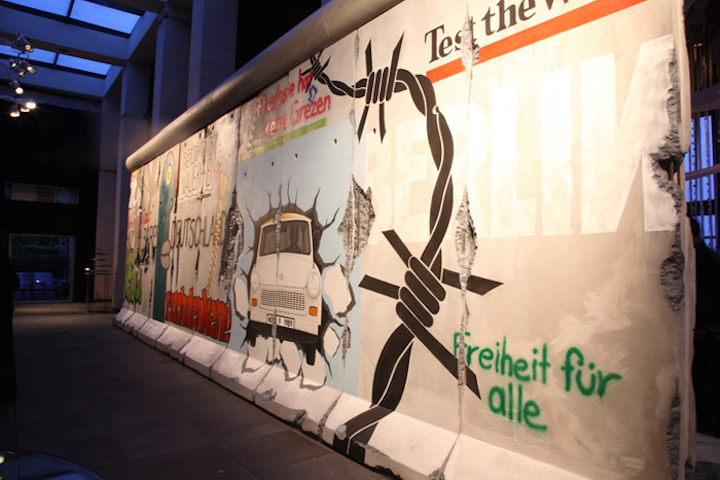 A replica of the Berlin Wall served as a focal point.
Photo: Tony Brown/Imijination Photography for BizBash 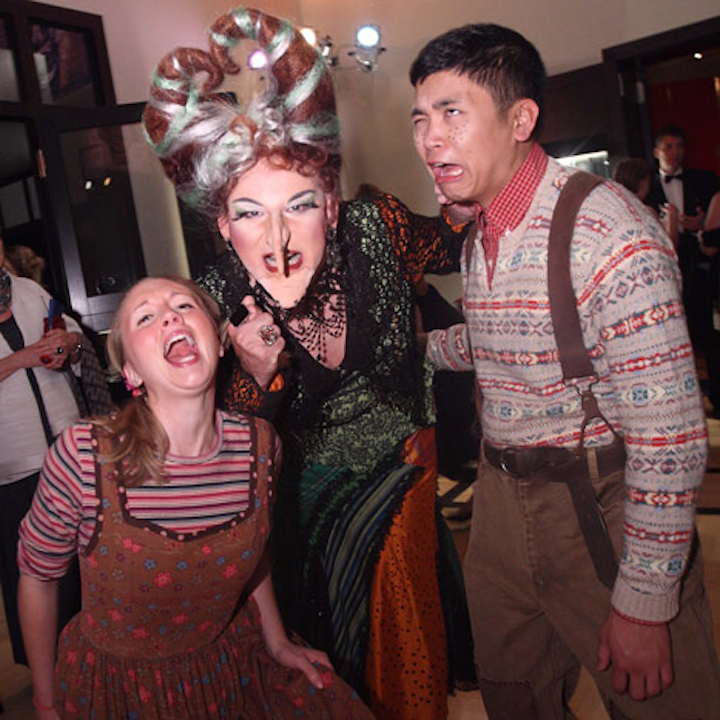 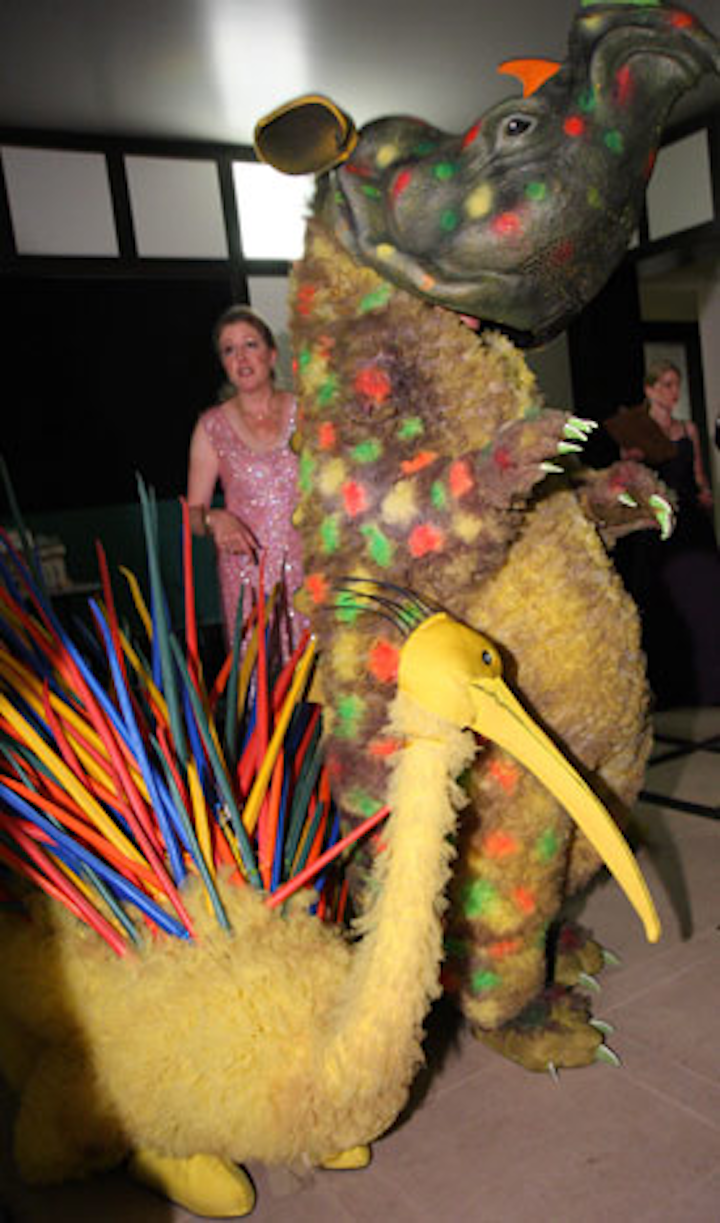 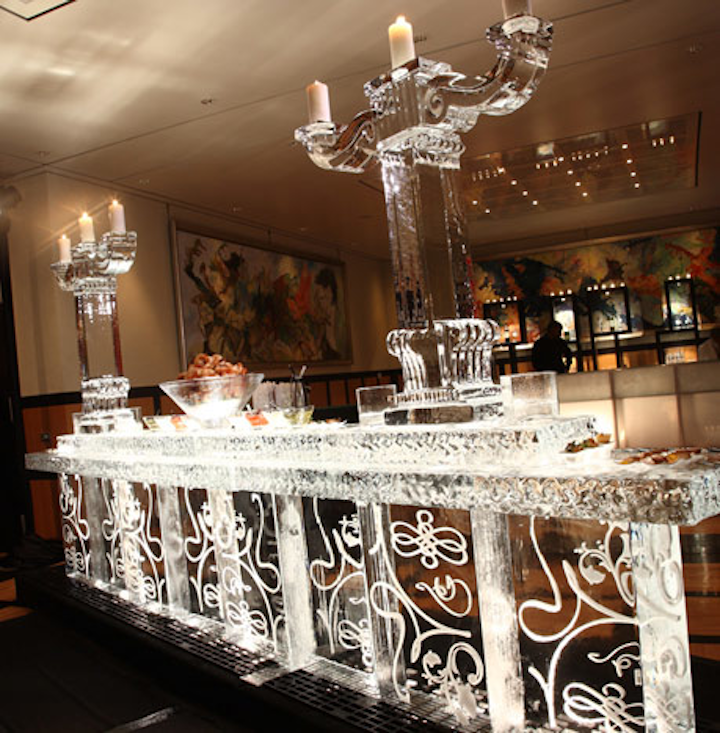 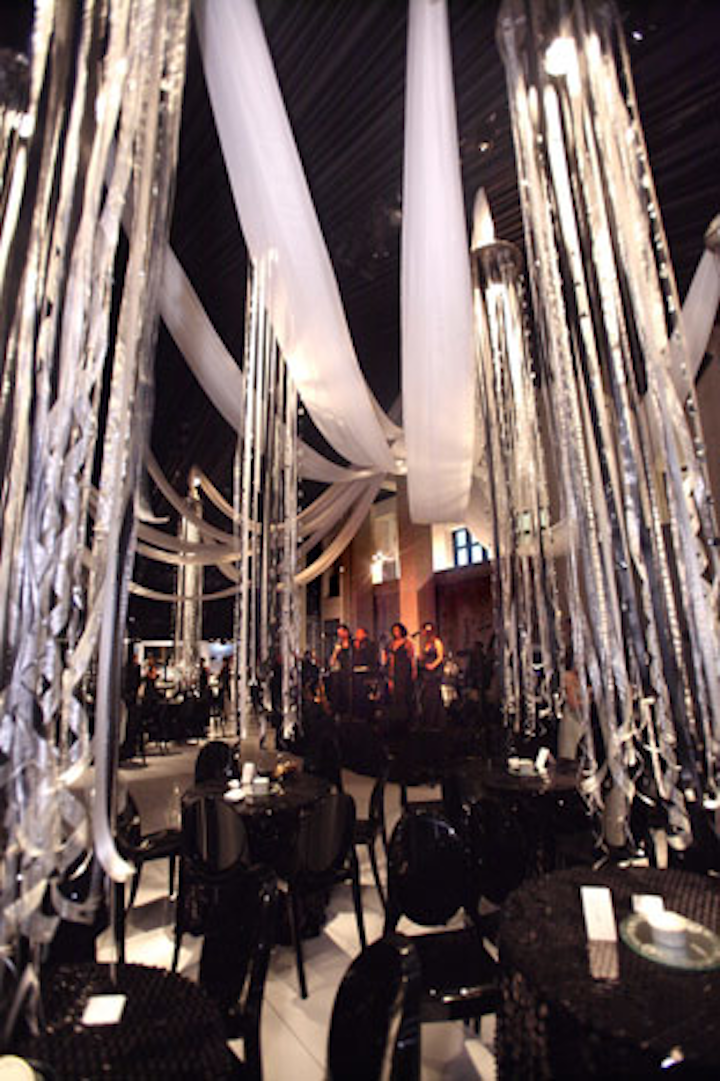 In place of flowers, silver streamers suspended from the ceiling added visual interest to the tent.
Photo: Tony Brown/Imijination Photography for BizBash 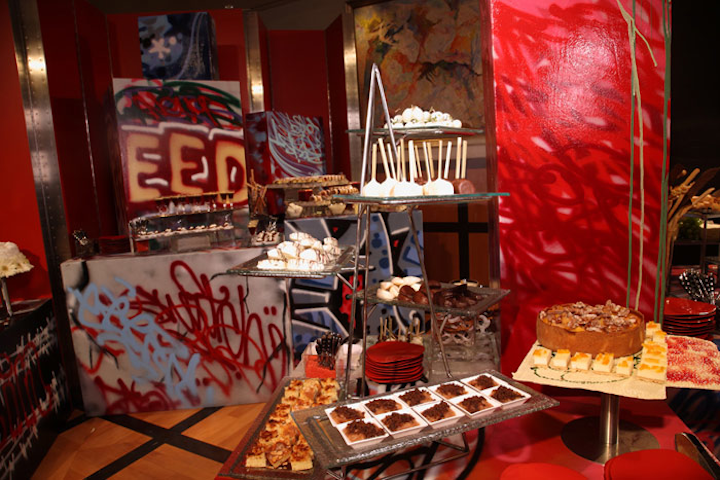 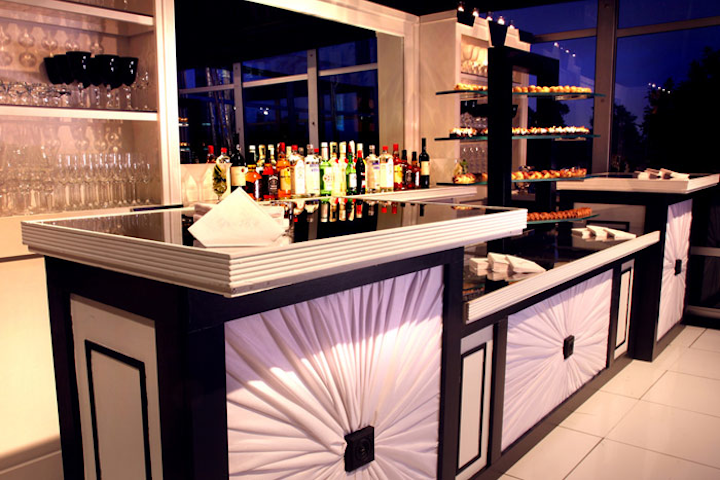 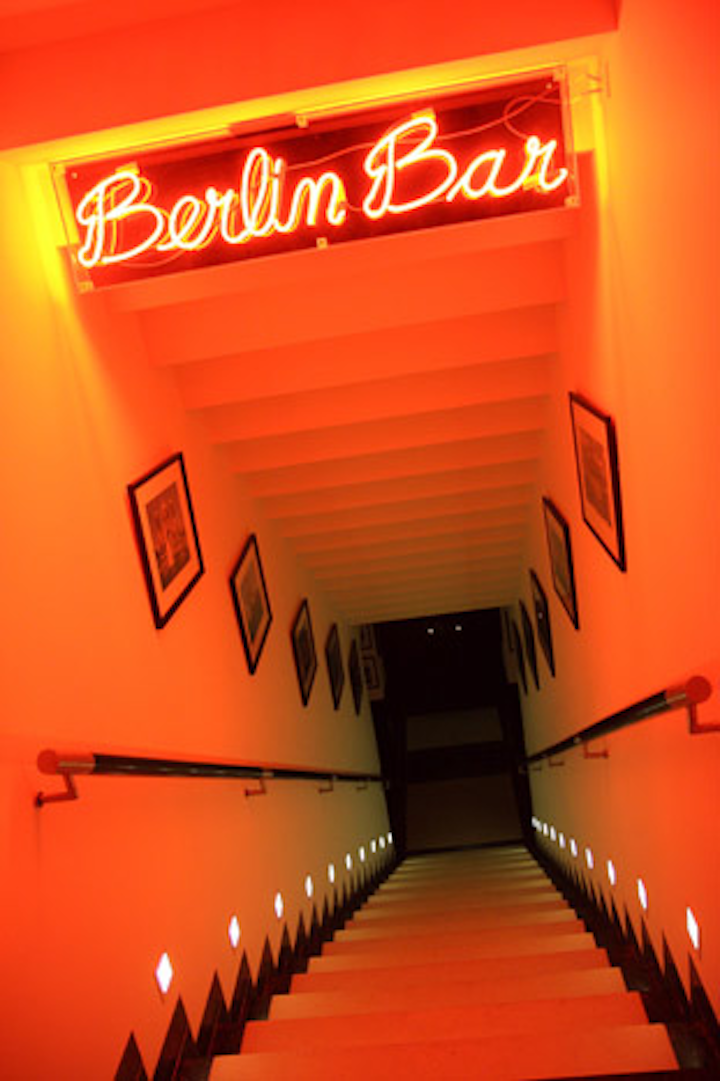 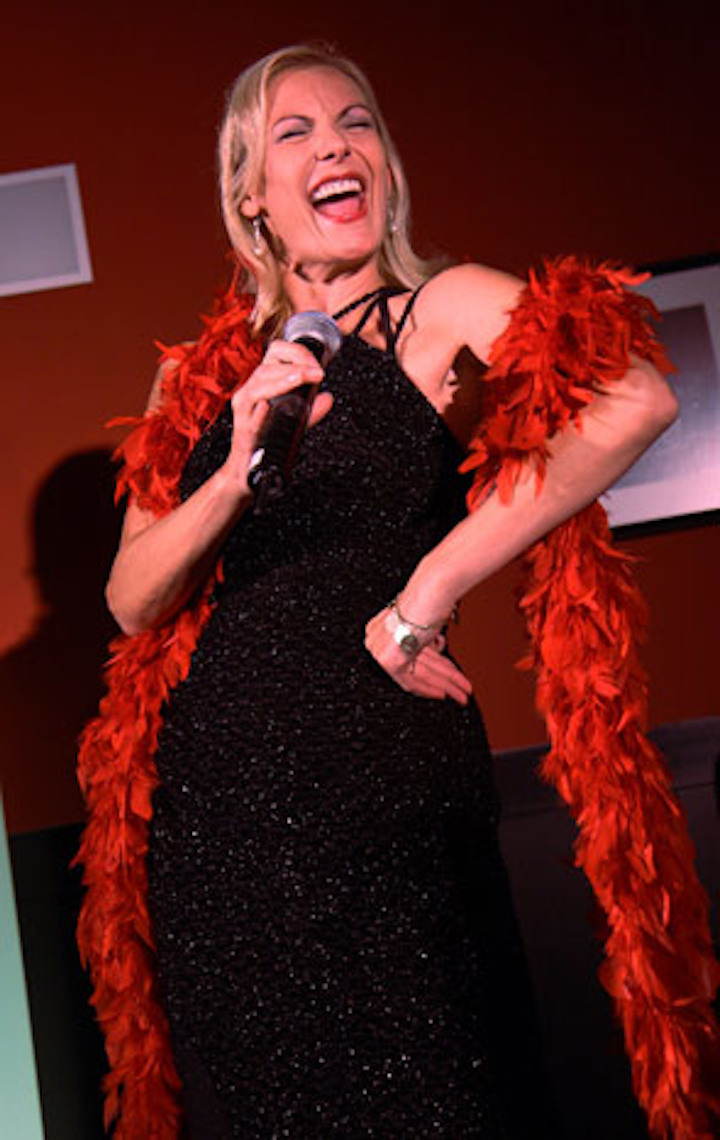