Is Concern About Ebola Having an Impact on Events?

Event professionals share how the health issue is affecting their work and what they are hearing from attendees. 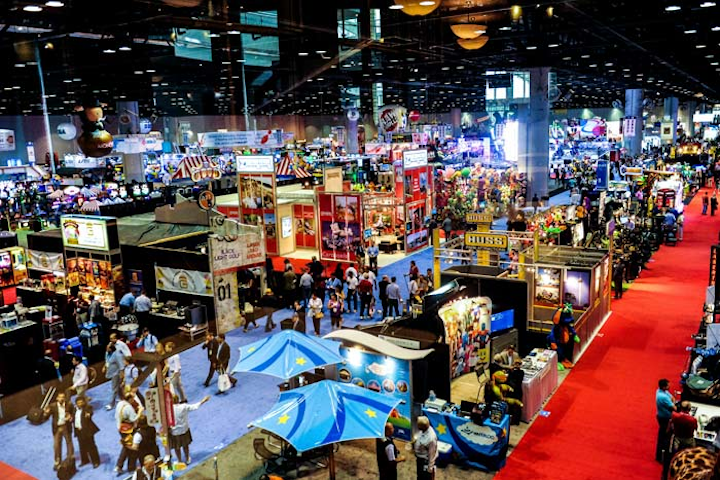 The International Association of Amusement Parks and Attractions is monitoring the Ebola situation as it prepares to host nearly 30,000 people from 100 countries at this year’s Attractions Expo in November in Orlando.
Photo: Claire Pacelli for BizBash

"I was doing an IT conference for about 1,000 people in Cancun [earlier this week]. Most of our participants are coming from Europe, Asia, a few from Africa. We had about five who emailed us to cancel saying they were concerned about traveling and contracting the Ebola virus. But overall it was not a big concern. The attendance was still high."
Andrea Foschi, partner, Firebrand Event Productions, Miami

"I have a small meeting in Austin, Texas, Saturday for 100 people. It is with healthcare professionals, and the nurses are the ones that are cancelling, not the doctors. I’ve received about 15 inquiries, and when you are only talking 100 that’s a pretty good dip. I spoke to the client and told her what was going on and that’s when they started considering whether they wanted to cancel altogether. But they are piggybacking with another big convention in Austin, and that’s still going forward, so they decided to go ahead with theirs. At this point I have about 10 that have decided to cancel, so we are now looking at doing a live webcast for those that can’t attend."
Shannon Hopkins, owner, Achieva Global Meetings, Dallas

"While it has not yet had an impact on any of our upcoming events, it is absolutely having an impact on my team that runs those events. Working with our global security team, we are closely monitoring the situation, and we are now having briefings twice a week on continuing developments. Given the size and reach of our event portfolio—next week alone we will be hosting five significant programs occurring on three different continents, and with attendees at each of them coming from every continent—we are monitoring the situation extremely closely. Right now a typical briefing is running 25 to 30 pages long, and they cover every part of the world since we host programs in each of them. As of today we have not added any additional precautionary actions above the extensive amount of precautions that we already take; however, we have also made background plans to do so in the (hopefully unlikely) situation that we need to activate escalated safety measures on behalf of our customers and our employees."
Michael Trovalli, vice president of global events, SAP, Dallas

"We are monitoring the Ebola situation and have reviewed information from the World Health Organization, the U.S. Centers for Disease Control, and U.S. Travel. We have also been in contact with officials in Orange County, Florida, and they too are monitoring the situation in conjunction with local, state, and national public health officials. Based on the information that's currently available, we do not believe it will have an impact on the expo [November 17 to 20 in Orlando]."
David Mandt, senior vice president of marketing and communications, IAAPA, Alexandria, Virginia

"Last weekend I did an international medical conference, and attendance (doctors) almost doubled two weeks prior to the start. We actually had to expand into another room for the general session. My belief is they are all traveling now, before Ebola creates a travel restriction."
Karl Nybergh, meeting consultant, Conference Resources & Solutions, Miami

"We do quite a few things in Dallas, but most are over for the season, so [we’re] not seeing an immediate impact in that specific area. Because of our Global Strategic Meetings Management Program, we have visibility into registered meetings and events and will be keeping a close watch on all Cisco meetings activity registered in our portal, and will map to any outbreak areas in the coming weeks."
Carolyn Pund, senior manager, global strategic meetings management, Cisco, San Francisco

"I've had some individuals from certain companies state they would not fly and are seeking alternative means of transportation to shows. However, the majority seem to believe this is not an epidemic in the United States yet. They have continued to present at events, as planned."
Carie Crowley, general manager, Elite Design and Displays, Tampa, Florida

"We feature a lot of interactive touch-screen technology in our exhibits for clients and are wondering if people are going to shy away from wanting to use touch-screen devices. We always have hand sanitizer near them anyway, but is that enough?"
Lisa Tucker, project manager, Exhibit Planning & Management International, Albany, New York

"My next show is in November in New Orleans, but other than buying a new pump bottle of hand sanitizer, a spray can of Lysol for my hotel room, and a can of Clorox disinfectant wipes to use on some 3-D glasses we'll be using in our booth demos, I'm not doing anything differently. My client at this show is a university from Saudi Arabia, and they haven't even brought Ebola up during any of our telecons."
Candy Adams, owner, the Booth Mom, San Diego