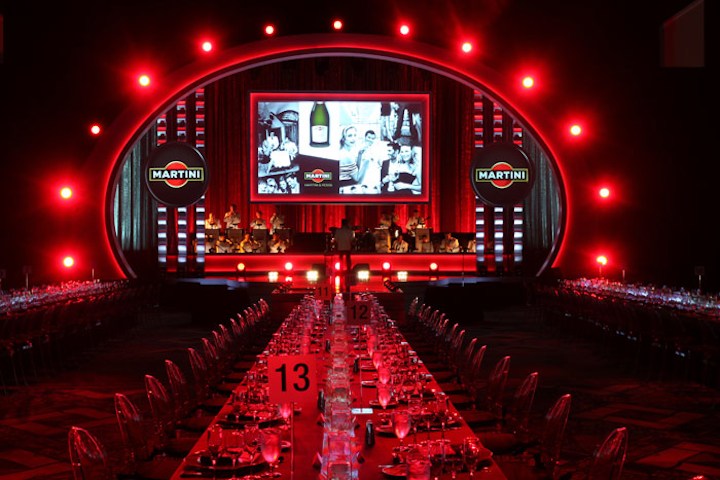 The stage lighting at the Bacardi U.S.A. Awards Show changed for each of the company's brands.
Photo: Robin Hill

It's award season in Hollywood—and also in Miami. A massive lighted stage inspired by the Academy Awards served as a dramatic backdrop for the Bacardi U.S.A. Awards Show February 4 at the Westin Diplomat, changing colors as brands such as Grey Goose and Bombay Sapphire were celebrated.

For the Old Hollywood Glamour-themed event, which honored the company's top U.S. distributors and was produced by Triton Productions, the set included a two-tier orchestra area, runway, winner's circle, and a portal that allowed for multiple entrances. The 18-piece Michael Andrew Band welcomed presenters and winners with walk-on music, with models in golden dresses presenting the trophies. The three long dining tables ensured none of the 175 guests had their backs to the action. New York-based Star Kahn created the stage.