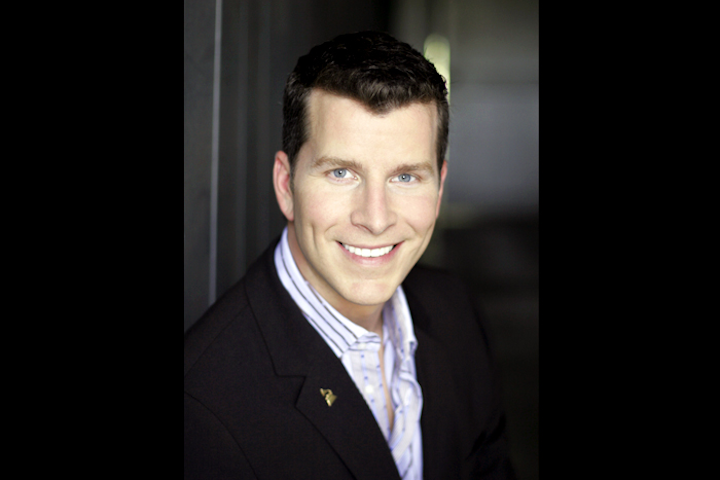 The Recording Academy and its affiliates produce more than a dozen events during Grammy week. Branden Chapman, the organization's executive in charge of production and chief business development officer, has a hand in organizing three of the week's highest-profile affairs: the Grammys' pre-party, the telecast itself, and the after-party.

But how exactly does the 16-year Recording Academy veteran manage to juggle the logistical challenges that undoubtedly come with simultaneously working on each of these large-scale, celebrity-packed events?

Here, Chapman discusses everything from how he approaches vendor relationships to liaising with the bomb squad to ensure that each Grammy week event goes off without a hitch. Plus, he shares some of the lessons he's learned over the years and gives BizBash exclusive details about the massive three-act Grammys celebration after-party that will come to life at the Los Angeles Convention Center on February 10.

What can you tell us about this year's Grammy Awards telecast and pre-Grammy Party?
Every Grammy Awards telecast is unique because the Grammy nominees largely define the content from which the telecast performances are derived. We typically start planning the Grammy Awards following the Grammy nominations announcement, which is in early December, and we have a very short window before we start producing and booking the acts. This year was really unique in how diversified the lineup of nominees are. It's given us some great opportunities to really do some unique pairings, some collaborations, and to really represent the year in music, which was quite diverse this year.

[For the pre-party], Clive Davis and I have worked together to book the acts and ultimately create a show that will have the who's-who of entertainment on their feet and remembering the night. It's really not an easy task for this incredibly legendary event. Unlike the Grammy Awards, this event is not defined by Grammy nominations or by who may be in town based on those Grammy awards. We really want to reflect not only the year in music, but be able to pull from artists that represent the legacy of this event and frankly the achievements anybody has made in the music world and the music industry. So, we look at this as a blank slate from the onset, and we get started well before the nominations on crafting the lineup. We talk frequently throughout the year, and when there is an amazing song or amazing artist that's breaking through or perhaps a legendary artist who is releasing a new album, we'll touch base and make notes about follow-up.

Will you be doing anything new, or were there any unique challenges this year for either event?
We are incorporating some new technologies and definitely some new designs into the Grammy Awards. As far as the pre-Grammy gala, it really is about focusing on the vocal performances and what happens on stage so the ambient feel and the environment isn't nearly as important as people enjoying their dinner and then really being wowed with what happens on stage.

Can you tell us more about the new technologies you mentioned?
I'd rather not. It's something that the guests probably need to witness. It'll be visible on stage.

Grammy Week concludes with the post-telecast after-party. What can you tell us about what you have in store for that event?
It's one of the most exciting projects that I'm able to work on. We walk into the [Los Angeles Convention Center], which is a blank slate the size of approximately three football fields, and we're able to create a concept, a theme, and ultimately an event from the ground up.

This year's theme is a modernist Masquerade Party, and the design is going to focus on French inspiration. There's a lot of baroque and rococo moments. We have a garden maze that's going to be put in the middle of the event. We're really focusing on some light pastel colors and then some deep purples and deep greens as far as the color palette. The intention is to really transport guests to another time and place without being too specific about the moment or the location.

But the beauty of the theme is I can take it through approximately three different acts. So we're going to start with a lighting concept and a design that will really bring to life the traditional Marie Antoinette period with powdered wigs and powdered makeup. But as we enter into the second hour, the concept is what happens after the garden party. And that's when we're starting to deconstruct some of the scenes. The costumes will be deconstructed so you'll see some of the cages that support the big hoop dresses, and we'll really start to transition into bringing the darker and more modern side of a masquerade party to life.

By the third act, the color palette changes to much darker colors and the costumes will be much edgier.

How do you settle on a theme? I would imagine it would be challenging coming up with a new and exciting concept every year.
It is definitely challenging to come up with a theme at this point. I've been creating themes for this event for over 10 years. For a while, it was very easy, and I would mostly pull inspiration during our off-season and when I would travel. Every year is different and unique, and I like to create something very visually different from the year before so that the guests never feel anything is repetitive or mundane—and that really is a challenge. Although I have taken inspiration from specific artists or music videos or music, ultimately the theme is really determined after I come up with a concept and meet with some of the event professionals and vendors who work on the event to ensure a concept that can come to life.

What are the logistical challenges of planning a high-profile telecast and upscale parties at the same time? Do you have different teams working on each event?
Grammy week is made up of a series of events and initiatives that include two major telecast productions, which is the Grammy Awards and our two-hour, post-telecast tribute special that we produce two nights after the Grammy Awards. The Recording Academy and our affiliates produce almost 13 events during Grammy week and a majority of my personal time is spent on those telecasts, co-producing the pre-Grammy gala, as well as executive producing our official Grammy celebration.

These massive projects would be far too much for a single team of vendors to work on. So, I do have different project leads that work for me that oversee each of these projects from an internal perspective. And then we hire different production teams and vendors that support each of the projects. Very few of our vendors and teams cross over to support multiple projects during Grammy week, thus really giving them the opportunity to focus on doing the best they can do on each individual event.

What about security? Is that a unique challenge given the large scale of these events and the high-profile guests in attendance?
Yes, each event must be reviewed and managed based on the guests in attendance, the size and nature of the venue, as well as the public visibility of that event. We liaise and engage support for private security firms, city agencies such as the Los Angeles Police Department, bomb squad, fire departments, Department of Transportation, as well as federal agencies such as the F.B.I. on all of our Grammy week events. Some of our biggest priorities are not only what happens on stage, but also ensuring the safety of our guests and the outside perimeter. So, I think the short answer is when you have national attention on an event as big as ours, that we always have heightened security measures to ensure the safety of everybody involved.

Speaking of high-profile guests, what do you think celebrities and V.I.P.s are looking for when they attend an event?
I firmly believe they look for the same thing that everyone looks for in events: They want to be wowed and be part of something that you get to witness in person. They want stories and experiences to share with their family and friends, and they want to be entertained and to be a part of something extraordinary. The more people attend events, perhaps the more jaded they get—but that means it's simply a bigger challenge with higher expectations. Ultimately, it does drive people to achieve their best on what they're trying to deliver to the guests.

What's the biggest thing you've learned having produced the Grammys for so many years?
I think the biggest lesson learned is that proper planning equals success. There are just so many details, factors, and individuals involved in an event as big and as complex as the Grammy Awards, and with only one chance to get it right, we really have to plan on almost any possible scenario.

If allowed to choose a second one, it would be that surrounding yourself with the best in the business always helps lead to collective success. I'm lucky enough to work with some of the most talented and experienced people in the world. I'm not only talking about performers, but some of the vendors and partners that we use—they all have a drive towards excellence and perfection. So, when thrown curve balls as we are every year when it comes to a live event, you lean towards the team of experts and professionals who have a vast supply of experience and resources at their fingertips to solve a problem. They can be malleable and reactive on site in the middle of what could be a disaster for lesser qualified people. It's just par for the course for these teams.