Opulent, urban France came to life at the Shrine for the glittering People and Entertainment Industry Foundation annual event.

On January 29, People magazine and the Entertainment Industry Foundation once again hosted their Screen Actors Guild Awards Gala, the official after-party immediately following SAG awards on a transformed Shrine Auditorium stage. While this year’s event marked the 23rd annual award show, it was the 21st year that the magazine, the foundation, and SAG connected for the gala.

Lisa Simpson Briel—special projects director for People, In Style, and Entertainment Weekly—oversaw the event, working alongside longtime partner Tony Schubert from Event Eleven, who has produced and designed the party for nine consecutive years.

For the gala, organizers transformed the Shrine’s stage with a look and feel meant to evoke a Parisian street scene. On-theme details included facades of cafes and bistros, a department store, a large park-like fountain, tree-lined streets, and lush furnishings.

"I was inspired by a fashion show I saw in Paris that took place on the street,” Schubert said of the event this year. “It was this wonderful contrast of gray, moody wet streets with great fashion. Shards of white light caught in the haze of the night looked amazing. This was the inspiration behind the Paris street scene."

At the end of the night, attendees left with a stocked gift bag created by Gift Bags by Rachael, with swag from sponsors plus other items. 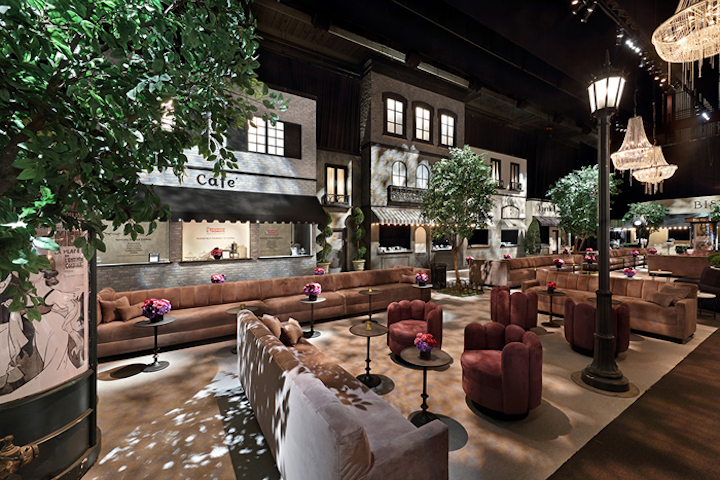 Street lamps and green trees as decor evoked a sense of strolling outdoors in a French urban environment at night for the Screen Actors Guild Gala.
Photo: Line 8 Photography. All rights reserved. 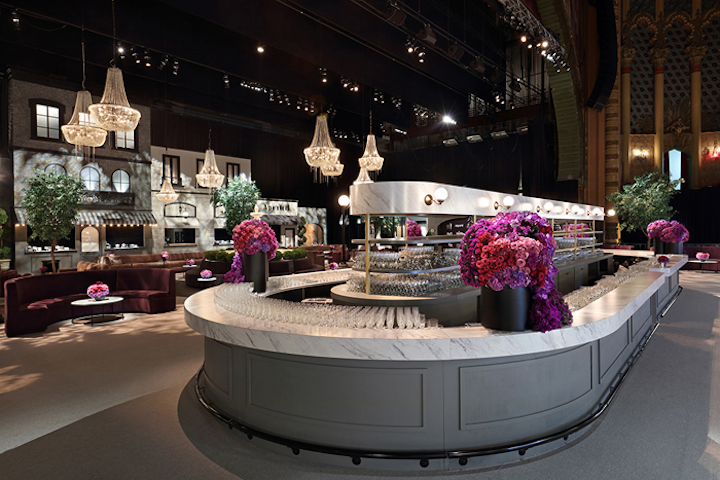 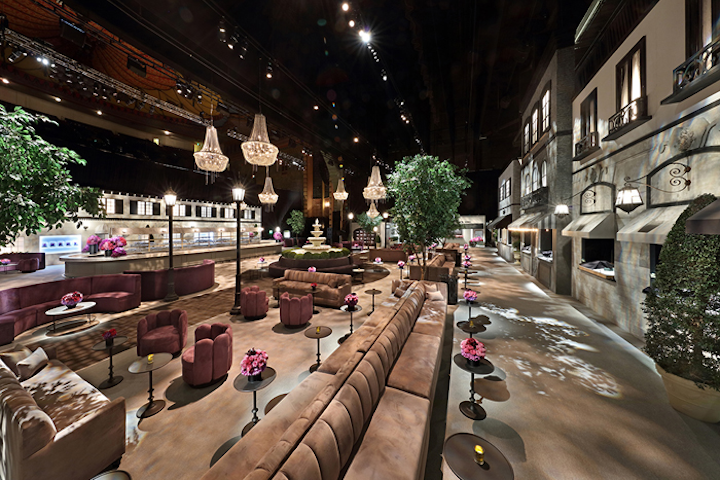 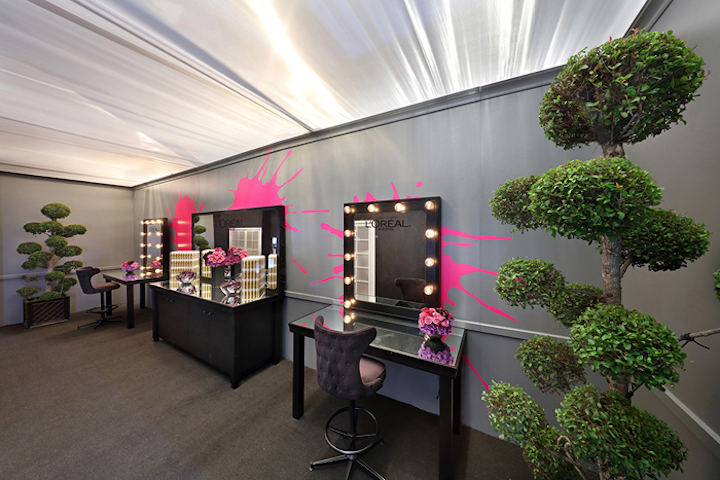 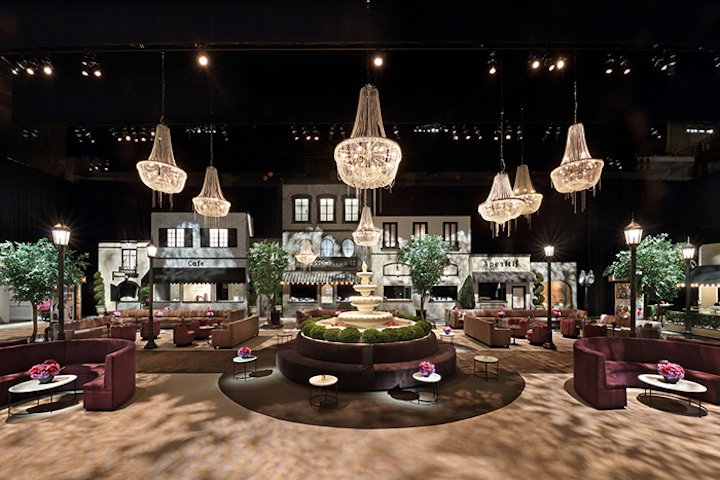 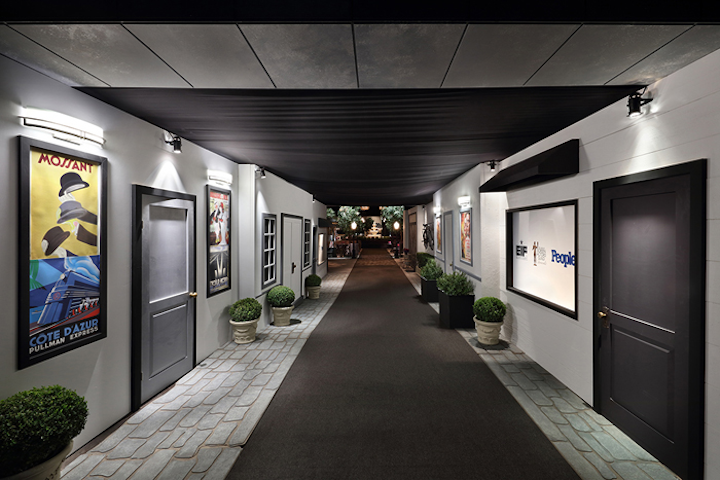