On the Road Again: How Brands Map Out Their Mobile Tours 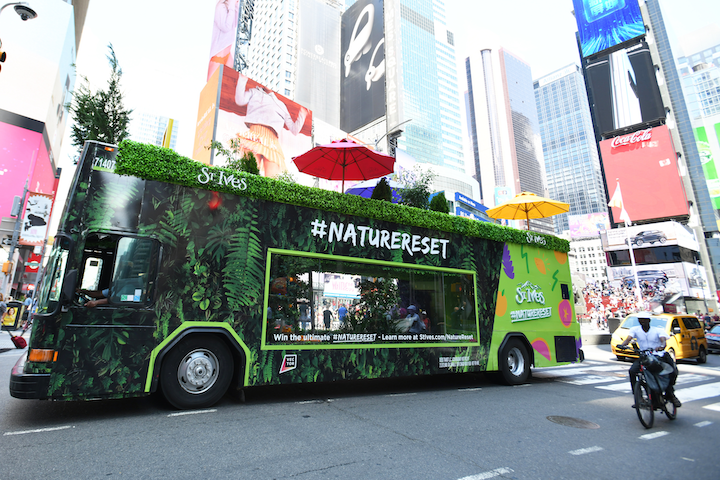 Like a rock band, when a brand hits the road to go on tour, it wants to reach its die-hard fans but also hopefully gain some new ones along the way.

In addition to connecting with consumers, a multi-city mobile marketing tour can help brands increase market share—which means their roadmaps may target markets where loyal customers are located, or areas where the brand is looking to expand, or some combination of both. So setting a tour’s route requires research and strategic planning, because as anyone who has ever gone on a roadtrip knows, a wrong turn costs time and money.

Typically, tours stop in cities with plenty of pedestrian traffic, such as New York, Chicago, Washington, and Los Angeles. But lately there seems to be an increase in second-tier markets or sites that are slightly off the beaten path in terms of event marketing.

For example, St. Ives recently launched its immersive mobile experience called #NatureReset, which kicked off in New York on July 24, and heads to Chicago, Philadelphia, and Columbus, Ohio—a bit of a detour from the usual mobile tour hotspots. 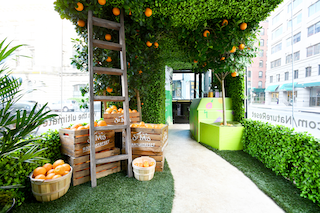 The skincare brand aims to bring a dose of nature to urban cities.Photo: Bryan Bedder/Getty Images for St. Ives“We wanted to give the people of Columbus a ‘Nature Reset,’ and with the numerous colleges and universities in the greater Columbus area, we knew St. Ives fans would be there too,” explained Sarah Irby, director of U.S. face care and incubation at the skincare company, which is owned by Unilever. She added that the mobile experience also allows the brand to work with its retail partners, such as Walmart and Target, across the country.

But regardless of the location, the overall goal remains the same: reach the demographic. “During our time in Columbus, just like our time in New York City, Chicago, and Philadelphia, we hope to connect with young women in the area to spread the message of how important it is to spend time with nature and reap its positive benefits. We ultimately want to create a movement, driving the shareability of nature-related experiences both online and offline to increase awareness around the de-stressing effects of spending time with nature.”

The foliage-heavy #NatureReset double-decker bus, which was designed and produced by Mosaic North America, features naturescapes that take inspiration from the ingredients in the newly launched St. Ives Face Mists, helping to bring a dose of the outdoors to urban cities. Visitors can also enter the #StIvesNatGeoContest by capturing their #NatureReset moment for a chance to win a photo expedition for two with National Geographic to Yellowstone National Park. 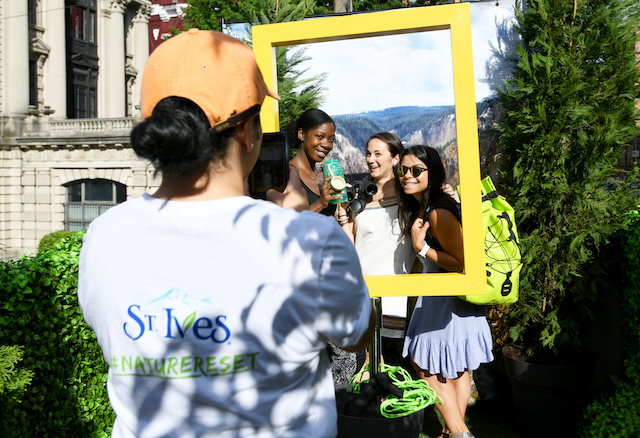 Visitors have a chance to win a photo expedition for two with National Geographic and St. Ives to Yellowstone National Park by sharing their #NatureReset moment.Bryan Bedder/Getty Images for St. Ives 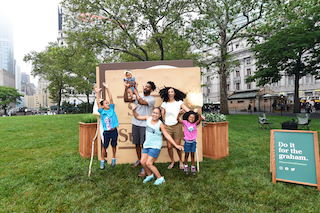 A giant s’more served as the backdrop for a photo setup that invited attendees to “do it for the graham.”Photo: Diane Bondreff/AP Images for L.L.BeanBack in June, L.L.Bean also wanted to encourage folks to get out in nature by partnering with rideshare company Uber on its seasonal campaign, Get S'more Out of Summer. The Freeport, Maine-based outdoor retailer brought its backyard campsites to several major cities including New York; Boston; Madison, Wisconsin; and Albany, New York, with Uber providing free rides to the pop-up sites. 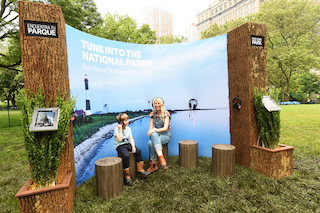 Alicia Durfee, vice president and account director at Jack Morton Worldwide, the agency that produced the activation, said that the selected locations were “identified as growth opportunities for the retailer.” She added that “in each market, we chose the best places to host the events mixed on a variety of factors: accessibility for both consumers and media, high traffic, photo-worthiness, and availability of green space.”

For example, in Buffalo, the campsite was set up at Canalside, which is part of the city’s waterfront revitalization and is an area that regularly hosts outdoor events such as festivals and concerts. 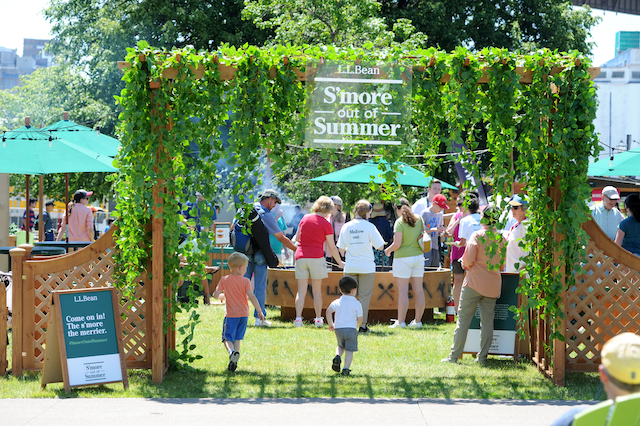 To celebrate the birth of its popular bath bomb, U.K.-based Lush Cosmetics recently set out on a North American tour, stopping first at SXSW in Austin followed by PopSugar Play/Ground in New York. Next up: Little Rock, Arkansas. From August 2 to 4, the retailer will bring a model of its Harajuku, Japan, shop to town to showcase its wide range of bath bombs, as well as its new app, which identifies products and displays ingredients, pricing, and videos of the fizzers.

Little Rock may seem like a million miles away from Japan or London, but the brand wanted to branch out and appear in a fresh market. “It is one of the states where we do not currently have a shop, so we thought this would be a great opportunity for the brand to show up in a brand new space,” explained Meagan Fiddes, Lush’s PR specialist. 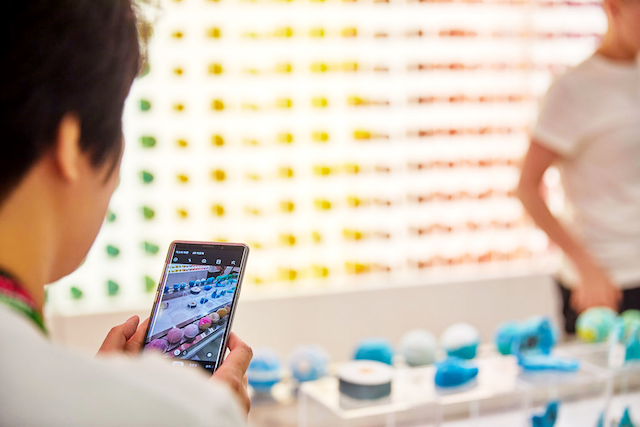 The #LushLabs mobile tour, which stops in Little Rock, Arkansas, from August 2 to 4, showcases the brand’s wide range of bath bombs, as well as its new app.Photo: Courtesy of Lush