The annual music festival has been postponed until October, but you can still feel the desert vibes with this roundup of ideas from years past.

Typically, every year around this time in April, fans, influencers, celebs, and media would be prepping and picking out their ‘fits for the Coachella Valley Music & Arts Festival, which normally takes place over the course of two weekends mid-month.

Due to the COVID-19 pandemic, this year’s fest has been postponed to October 9 to 11 and October 16 to 18. Right now, it’s unclear whether the lineup—which includes headliners Rage Against the Machine, Travis Scott, and Frank Ocean—will remain the same. Organizers Goldenvoice has said that passes purchased for the original dates will be honored in October or ticket holders can request a refund.

Until then, tune in to “Coachella: 20 Years In The Desert,” which streams for free starting April 10 at 12 p.m. PT on YouTube. Watch a sneak peek:

And keep scrolling for a look back at 10 stand-out brand activations that popped up at the popular music fest in recent years. 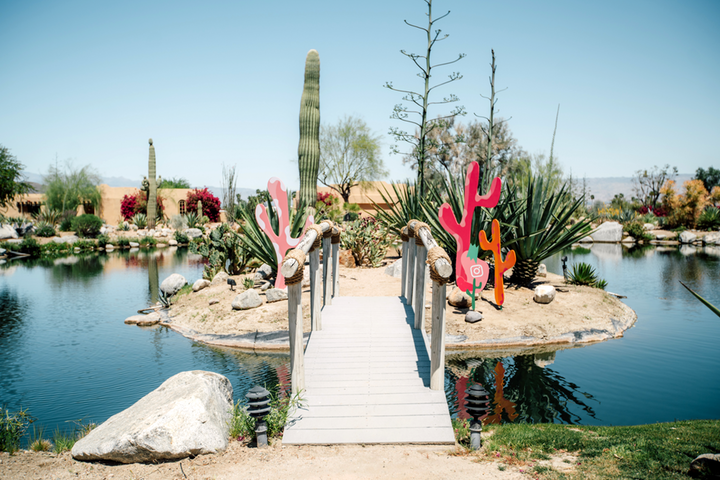 Instagram hosted its first Coachella party in 2019, taking over the Pond Estate in Palm Springs. The social-media platform teamed up with experiential agency Manifold and artist D'ana Nunez of COVL for Instagram Desert Chill. The look of the party centered around Nunez's abstract mural, which drew inspiration from the desert landscape and the 1970s. See more: Coachella 2019: 6 Design Trends to Steal for Your Next Event
Photo: Courtesy of Manifold 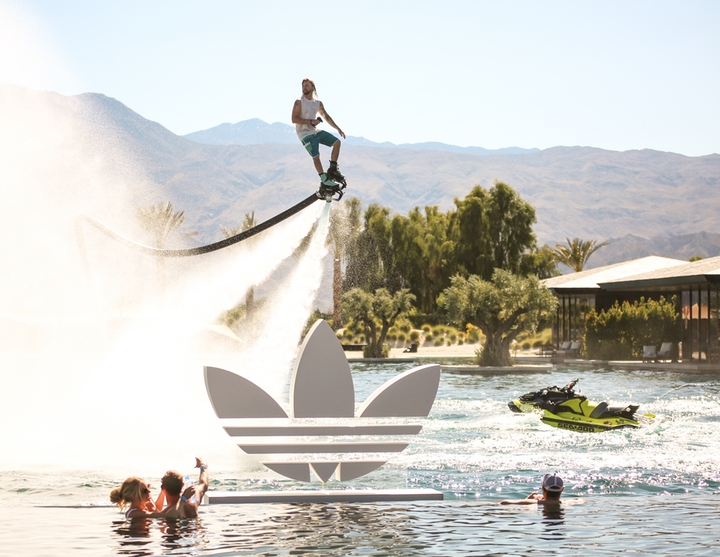 In 2019, Adidas hosted its annual Sports Club at the Zenyara Estate in Coachella Valley. Intended as an intersection of sports and culture, the club hosted a variety of events over both weekends, including a cell-phone-free mini festival and a music-focused brunch. There was also synchronized swimming and water jetpack acrobatics. The Corso Agency handled production for the events, with assistance from Clear As Day. See more: Coachella 2019: See Inside the Biggest Parties and Brand Activations
Photo: Courtesy of Adidas 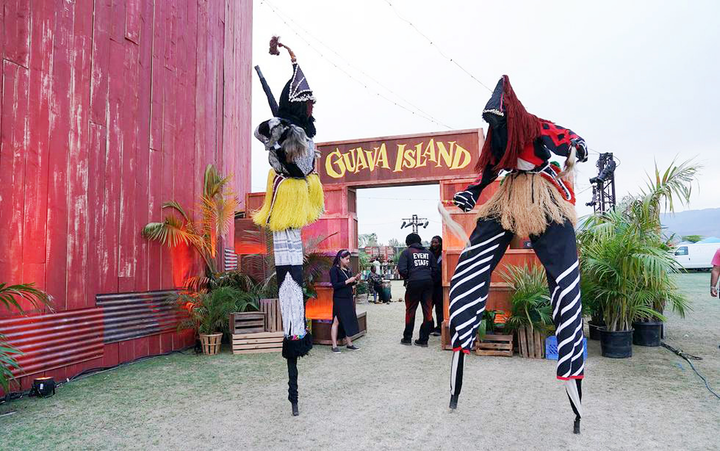 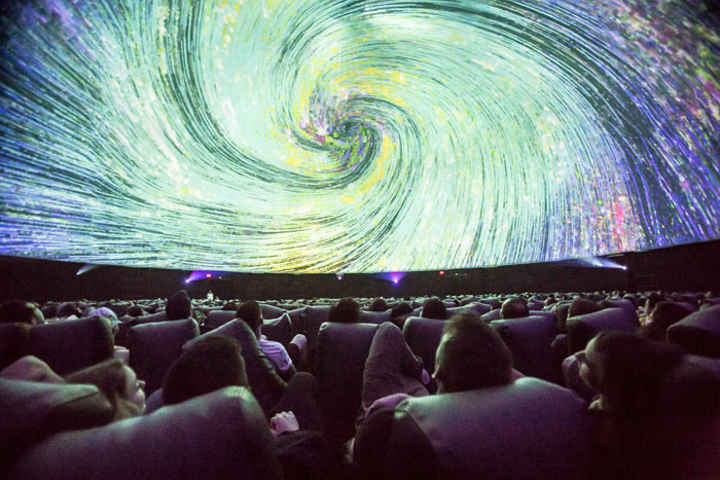 In 2018, the Antarctic Dome Powered By HP featured an eight-minute, 360-degree show in an 11,000-square-foot air-conditioned dome on Coachella grounds. The immersive experience was a reimagining of the novella Flatland: A Romance in Many Directions. The show featured a musical score from St. Vincent; art direction from Dev Harlan, Sougwen, and VolvoxLabs; and direction from Meta.is. See more: Coachella 2018: How Brands Stood Out During a Jam-Packed Weekend
Photo: Courtesy of HP 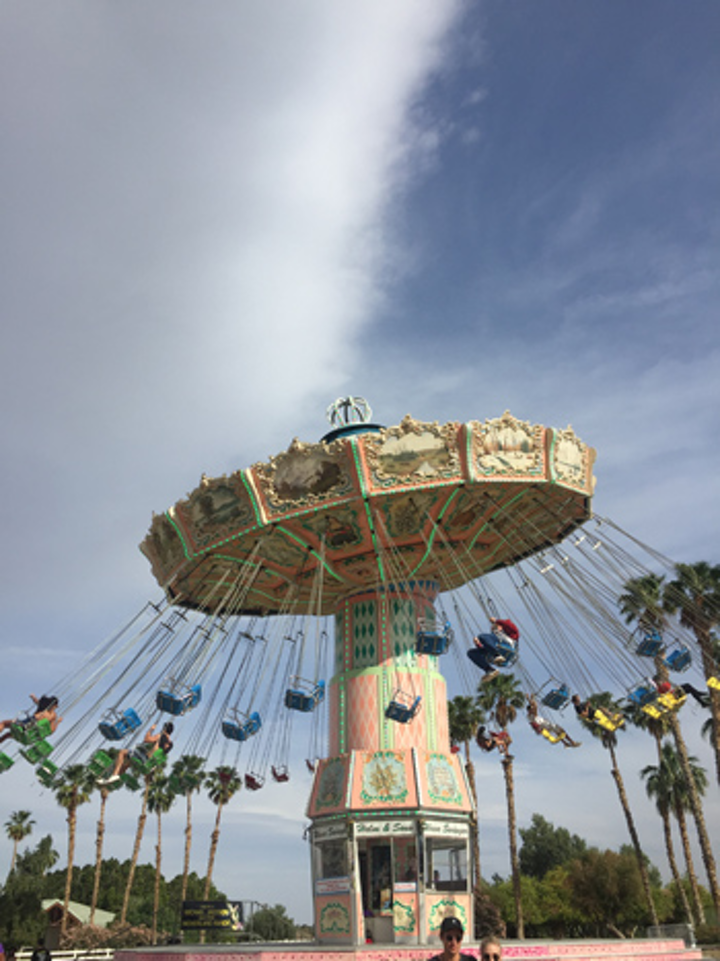 Online clothing retailer Revolve expanded its festival presence in 2018 with #RevolveFestival, which featured an impressive roster of musical acts—including Chance the Rapper, Snoop Dogg, Saint Jhn, Rich the Kid, and Saweetie—who performed on a stage with a colorful surround. A swing carousel provided guests with a bird's-eye view of the Merv Griffin Estate, where the festival was held. See more: Coachella 2018: How Brands Stood Out During a Jam-Packed Weekend
Photo: Rose Curiel 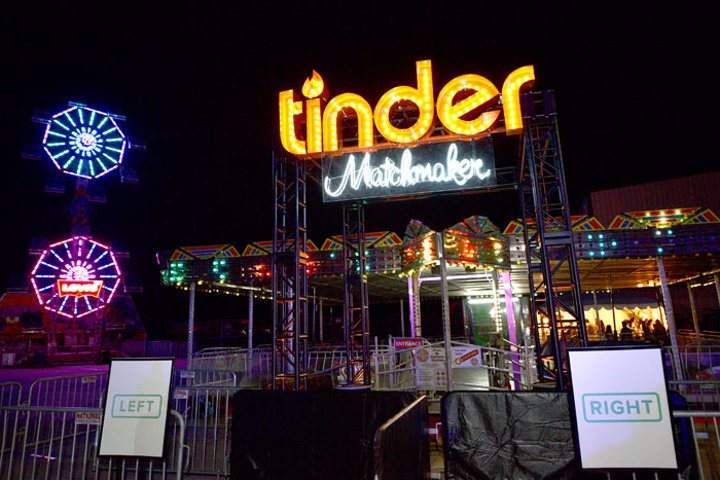 In 2017, the late-night Levi's Presents Neon Carnival returned to a regional airport in Thermal, California. Conceived by event producer Brent Bolthouse, the carnival brought games and amusement park rides including Tinder-sponsored bumper cars, where attendees rode with a match from the dating app. See more: Best of the Coachella Parties: 30 Ideas for Activities, Drinks, Decor, and Branding
Photo: Michael Bezjian/WireImage 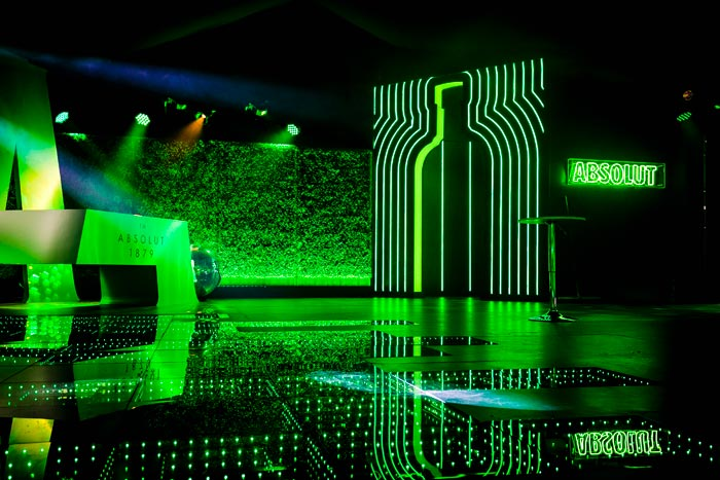 In 2017, Absolut promoted its newest flavor at the time, Absolut Lime, with a neon-lit tent, which was designed and produced by MKG. Festivalgoers entered through a fruit-covered wall and bottle-shaped portal while being immersed in a lime scent. See more: How a Liquor Brand Dominated Coachella This Year
Photo: Marissa Joy Kaplan 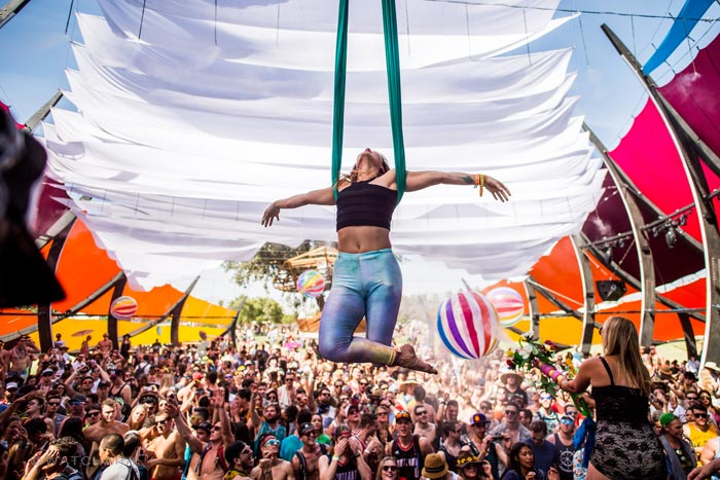 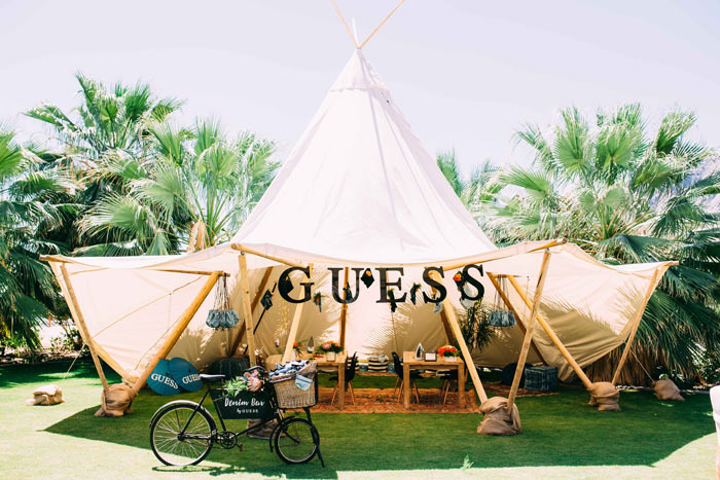 In 2016, at designer Rachel Zoe's Palm Springs party, which was produced by The Projects, guests could customize their own denim using patches and other finishes under a branded Guess tent. See more: 23 Ideas for Brand Promotion From Coachella Parties
Photo: Tory Stolper 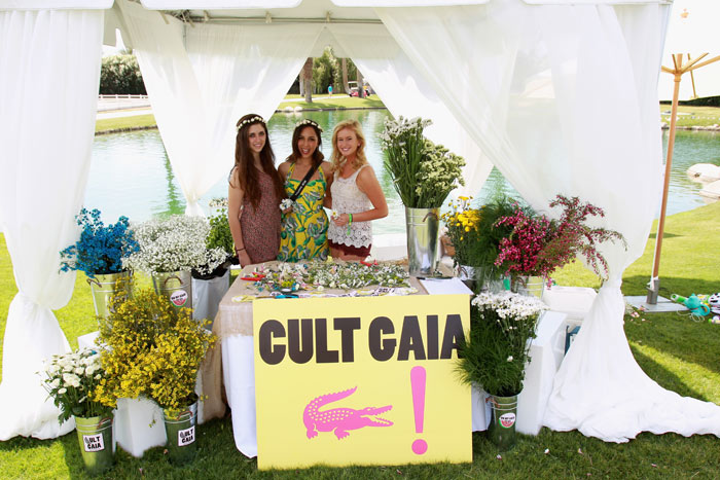 And since it wouldn’t be Coachella without a flower crown, here’s a throwback to 2013 and the flower-crown station at Lacoste's Desert Pool Party, where guests could pick up floral garlands to wear—in exchange for a post on social media.
Photo: Joe Scarnici/Getty Images for Lacoste
More in Experiential, Activations & Sponsorships