How to Create a Successful Hosted Buyer Program

Learn from three different organizations that have found success with this format. 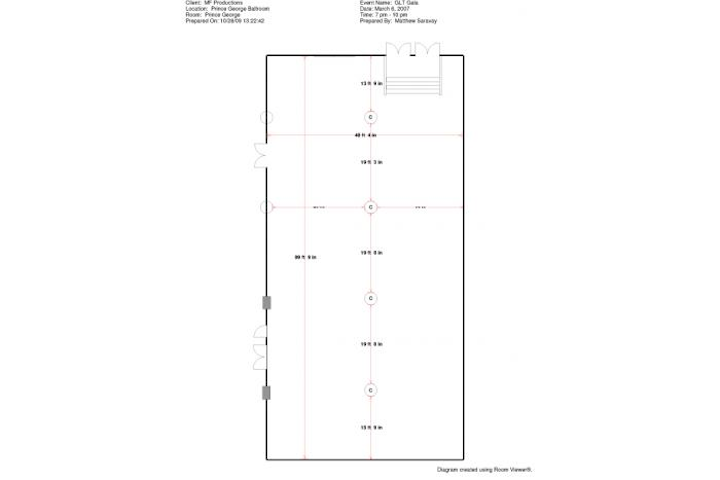 Is a hosted buyer program a more efficient way to connect buyers and sellers than a traditional trade show? We found three organizations that agreed the answer is yes. Their formats vary, but the concept is the same: require buyers to attend prescheduled meetings with vendors in exchange for having some of their attendance costs paid by the host organization. Here are three examples of how this type of program can be structured.

National Lawn and Garden Show
This annual event in Denver has used a hosted buyer format since it began in 1995. All of the buyers that attend, an average of 60 each year, are provided free airfare and meals in exchange for attending 10-minute meetings with vendors over the course of two and half days. This show puts the control in the hands of the vendors, allowing them to select the buyers they want to see.

“That may sound very odd, but the reason we do that is because we know buyers are biased,” said Bob Mikulas, founder and owner of the show. “Let’s say a buyer is interested in buying shovels. When he goes to a booth-style show, he’ll walk the aisles and he may see a booth with shovels, but he’ll say, ‘I don’t need to stop here because I’m already buying shovels from XYZ company.’ The fact is that company may have a shovel or some other tool that is very appropriate for him, but he’ll never know because he didn’t stop. With our event, if he selects the category of tools, we force him essentially to see every single company that has tools.”

Mikulas qualifies buyers based on data such as their volume of business or number of stores they operate. During registration, the buyers select their interests from a list of more than 50 product categories, such as tools, containers, or fertilizers. Vendors categorize their products in the same way, and then an online system matches the two. About a month before the event, the vendor receives a list of potential buyers to meet with and then indicates its choices for an in-person meeting.

At the show, each buyer is assigned a table in a large ballroom, and the vendors visit them based on a predetermined schedule, which averages about 100 appointments for each buyer. Adjacent to the ballroom are two product display areas, one that includes products from all vendors and another focused on new products. Mikulas, a former manufacturer himself, knows that vendors want to get feedback on new products, so he has built that into his system: Buyers don’t receive their appointment schedules until they visit the new product showcase and fill out short feedback forms on each of the items.

Other than shared meals and an offsite reception, the show is exclusively focused on creating face time between buyers and vendors, without any educational sessions or speakers typical at other trade events. Mikulas said the comments from vendors and buyers indicate the format works for them. “The vendors say, 'Look I can’t fly all over the U.S. for the amount you charge me to see my existing customers that are here, new customers I may do business with, and just buyers in general.' And the buyers say they can save about 20 days of typical in-office appointments by coming to this event and doing the 10-minute appointments. So it’s very efficient for all of them,” he said.

Independent College Bookstore Association
This association is a professional cooperative owned by its 150 collegiate retail store members. Its annual conference each February attracts about 600 people, half that are buyers from college stores and half that sell products such as apparel, technology, office supplies, and more. The organization created a hosted buyer program 10 years ago and now hosts about 150 people each year. Similar to the National Lawn and Garden Show, I.C.B.A. requires buyers to meet with all vendors in their categories of interest. In exchange, those buyers receive complimentary registration that includes three meals a day, airfare up to $500, and $30 toward airport transfer fees. Several months prior to the conference, organizers offer guaranteed hosting to buyers from about 50 of its largest stores if they will commit to attend.

“That’s a marketing move, because our vendors want to know who’s going to be there before they buy in,” said Stacy Waymire, executive director of the association. "We can say, 'These stores are already committed.’ It’s about creating comfort for the vendors." The remaining hosted buyer slots are filled on a first-come, first-served basis when registration opens. Because the association is owned by its members, Waymire does not require credentials or do a formal review of those that apply to be hosted.

Vendors can choose from two options: PowerHall provides them a small piped-and-draped space in a ballroom where they meet with buyers for 10 minutes at a time. Waymire said this appeals to new vendors and those with a limited product line. Primetime is the event’s primary hosted buyer element that provides 20-minute appointments that take place primarily in hotel rooms.

“We take out the beds and bring in tables and chairs. It gives our vendors privacy for their meetings,” Waymire said. “That’s a huge part of our negotiation with the venues is their ability to flip a guest room and convert it into a meeting room.” Depending on the hotel, the event uses one or two floors for a total of about 60 hotel rooms for these meetings. Additional Primetime appointments may also take place in small breakout rooms.

To keep everything running on schedule, organizers hire customer service representatives that ensure the meetings don’t go beyond their allotted time slots. “They have a copy of everybody’s schedule. They’re polite but assertive,” Waymire said. For planners thinking of switching to a hosted buyer format, Waymire suggested recalculating figures from a recent conference to determine what it would have cost if some or all of the buyers' expenses had been covered.

The Americas Incentive, Business Travel and Meetings Exhibition
This event produced by Reed Travel Exhibitions has been using a hosted buyer format since it began in 2011. The program begins with a day of education sessions followed by a two-day traditional trade show with 750 exhibitors. The hosted buyer appointments take place within each booth.

In 2013, AIBTM hosted about 1,000 buyers from the categories of associations, corporate travel, and incentive travel, providing each with complimentary registration, airfare, hotel, and airport transfers. About 500 additional buyers from industries that don’t allow them to accept free travel and lodging attend as “trade buyers.”

Hosted buyers select which exhibitors to meet, with a minimum of 16 20-minute appointments required. “They have about 10 hours of free time [after their appointments] to walk around the show floor, to take breaks, to catch up with other folks. It’s not like all of their time is allocated toward these prescheduled appointments,” said Mike Lyons, AIBTM exhibition director.

AIBTM contracts a third-party company to screen each application. Eligibility is based on factors such as the individual’s purchasing authority, annual budgets, number of contracts negotiated annually, and potential for future business. “The important thing is making sure the matching system is fairly sophisticated and that you are bringing together the people that want to be brought together,” Lyons said. “Last year we had just under 400 declined, because they didn’t have enough business to warrant them being a hosted buyer.” After the initial schedule of meetings is set, exhibitors and buyers can schedule meetings on their own.

Lyons said the format is successful because it is more efficient than the traditional trade show model “where people wander up and down the aisles, stopping as they see fit, and exhibitors are reaching out to grab people’s attention.” In addition to access to the event’s education and networking sessions, hosted buyers have access to a lounge to relax between appointments.

“It’s all about R.O.I. today. And that’s not just the R.O.I. in dollars, it’s an R.O.I. in time," he said. "This model is taking off because of the fact that it provides more value for both the exhibitors and the buyers."