Host Drew Carey is behind a big wrap party for The Price is Right every year. And, not unlike the show's reputation for playful, over-the-top antics, the party too is known to be a themey good time. "[Carey] likes to do big bands as the anchor to the theme," explained CBS's Ian Metrose, who oversaw Friday night's 1970s-theme bonanza at Hangar 8. "So we brought in KC and the Sunshine Band and expanded on that theme."

For the event, produced and designed by Poko Event Productions, there were go-go dancers on double-deck platforms and girls on roller skates on the dance floor to keep the energy high. A lounge had '70s video games and pinball machines with vintage rock playing. An outside coffee bar had walls displaying 3-D images of that era's top selling albums, and inside, a Studio 54-style vibe (actually dubbed Studio 33, for The Price Is Right's studio) included roller-skating buffet attendants and tray passers, and Saturday Night Fever-inspired dancers teaching the hustle. All staff were dressed in period outfits, and all captains were decked out to resemble Andy Warhol.

"I think the best part was, the vibe was totally '70s from the moment you stepped out of your car and walked the turquoise and lime-green paisley carpet," said Poko president Inna Poncher. "Everyone was really into the vibe, as most of the guests dressed the part as well. KC and the Sunshine Band really brought the house down. If the party had not had an end time, I think everyone would still be there enjoying the time of their lives." 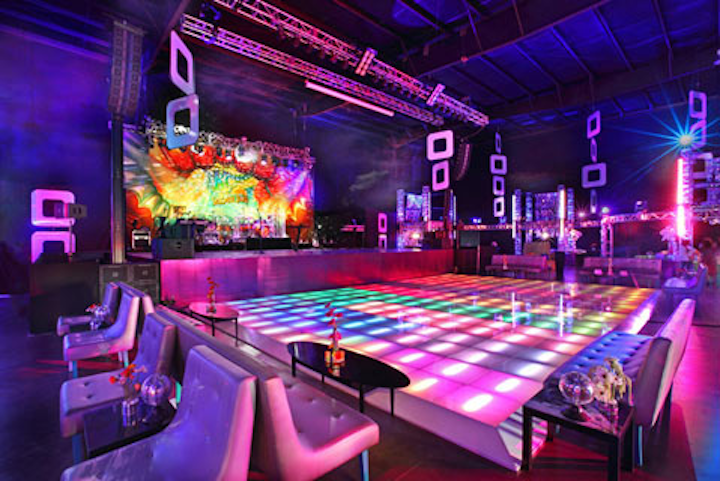 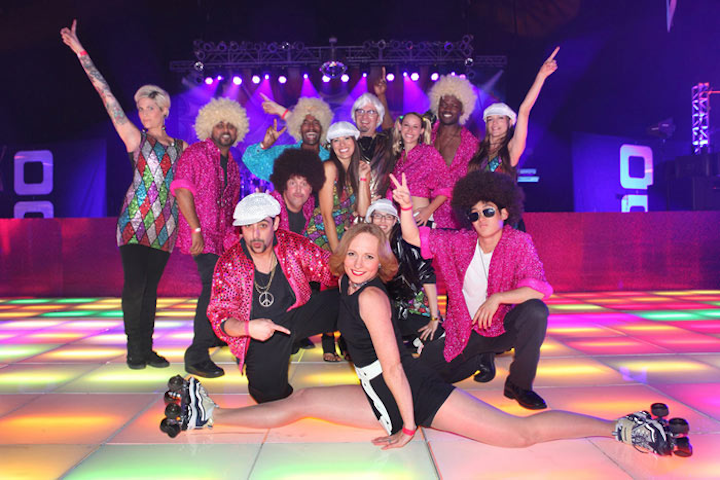 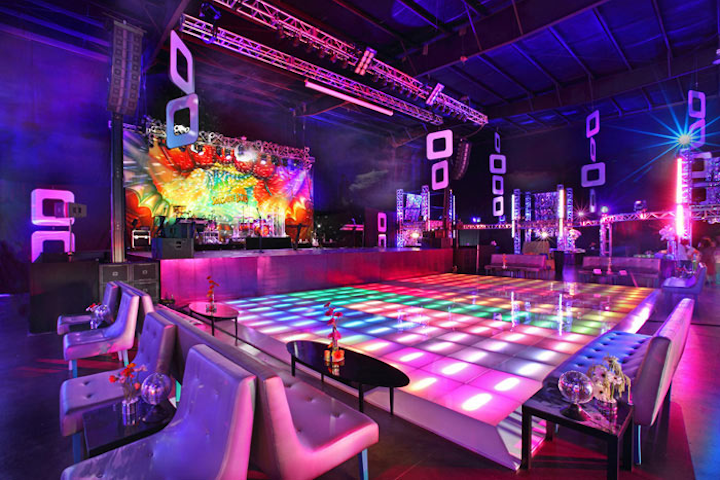 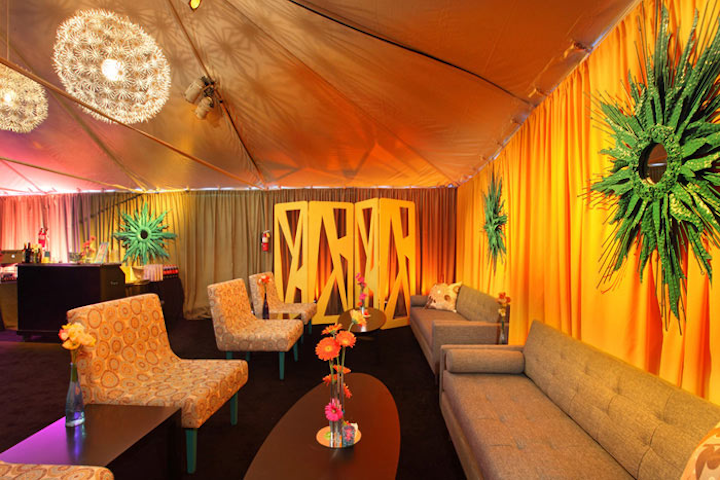 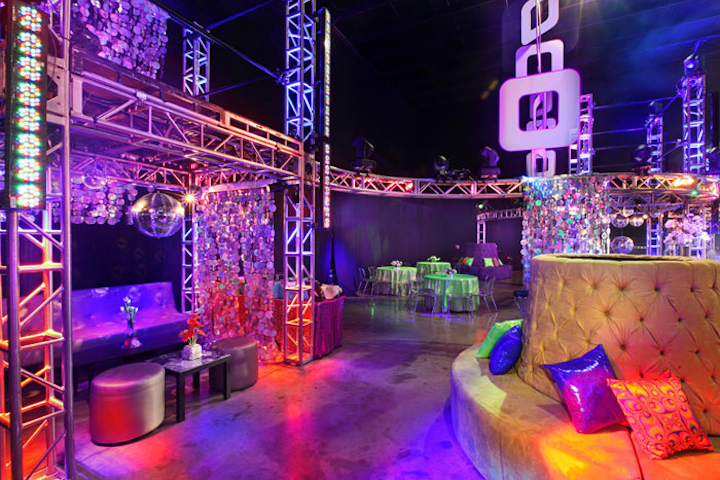 Decor pieces in squared-off shapes hung from the ceiling, all part of the vintage look.
Photo: Line 8 Photography 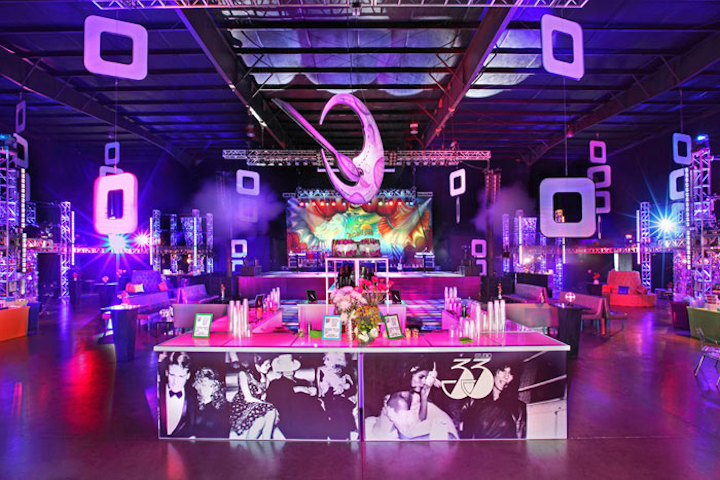 Studio 54 imagery inspired the look for a bar front, which had a Studio 33 logo, so named for the show's studio.
Photo: Line 8 Photography 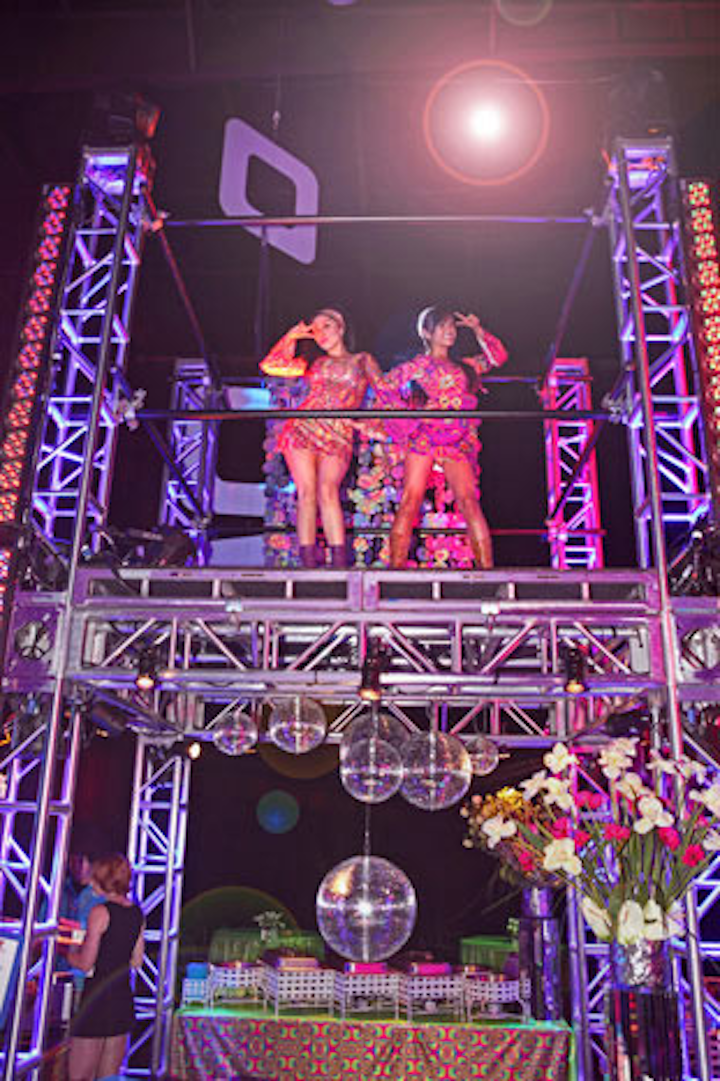