Rogers Media Upfront Delivers on Promise of Cocktails Within 60 Minutes

To keep its upfront easy and fun for guests, Rogers Media stuck to a strict timeline that let guests get their first cocktail within 60 minutes.

For its upfront presentation at the Metro Toronto Convention Centre on June 4, Rogers Media was sensitive to guest needs—namely, the need to grab a cocktail within 60 minutes. "At the forefront [of our mind during the planning process] was our guests and making this an easy and fun event for them" said Dean Bender, vice president of creative and promotion at the media company. So sticking to an efficient timeline was a top priority, and organizers worked to ensure that the presentation part of the evening was concise.

"Keeping our clients' time in mind, [TV station] City promised a 60-minute presentation and even went so far as to have a clock onstage," Bender said. The presentation took place on a large stage in the convention center, which had a 37- by 18-foot screen with LED support. There was also a hidden stage that was revealed at a certain point in the presentation to offer a live performance from indie rock band Tegan and Sara.

Black acrylic tables filled the massive reception space, giving guests plenty of spots to sip and mingle, as well as participate in activities inspired by Rogers programming. Guests could, for example, use "Rogers Dollars" to bid on items in two on-site lockers inspired by the show Storage Wars Canada. They could also pose for snaps with celebrities and have their portraits sketched at an activation promoting the new animated show Mother Up.

Just as planners kept the event on a fast, efficient timeline, they made sure their own set up was as quick and streamlined as possible. "We rented two halls [in the convention centre] which eliminated all logistical challenges," Bender said. "We were able to drive right into the hall to drop off furniture and technical equipment, and even a real Indy car, and drive out. The hall has multiple drop points so all truss, lighting, and drapery was easy to hang. We had no elevators, no loading docks, and no worries." 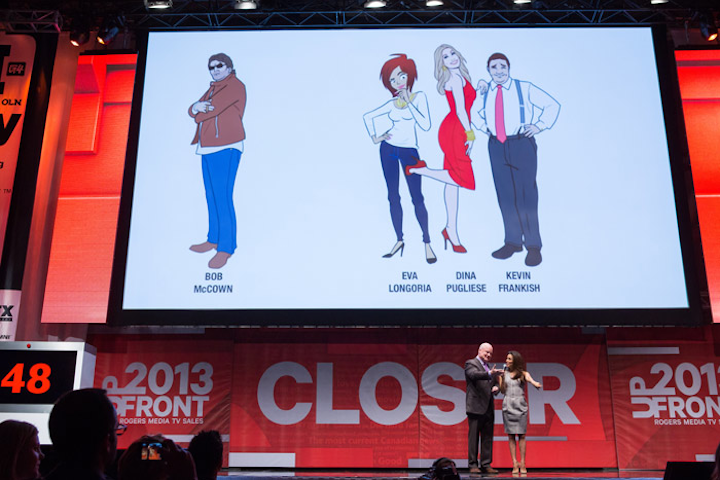 Organizers adhered to the timeline, placing a clock onstage so that the presentation did not exceed 60 minutes.
Photo: Vito Amati and Darren Goldstein 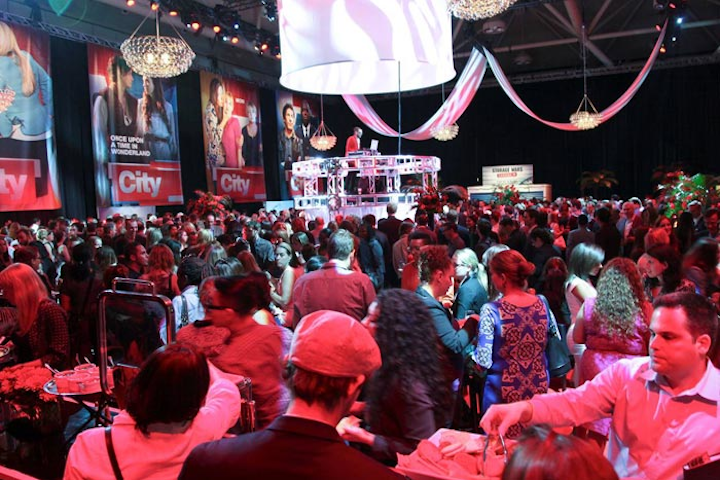 More than 1,000 guests gathered at the Metro Toronto Convention Centre for the June 4 event.
Photo: Vito Amati and Darren Goldstein 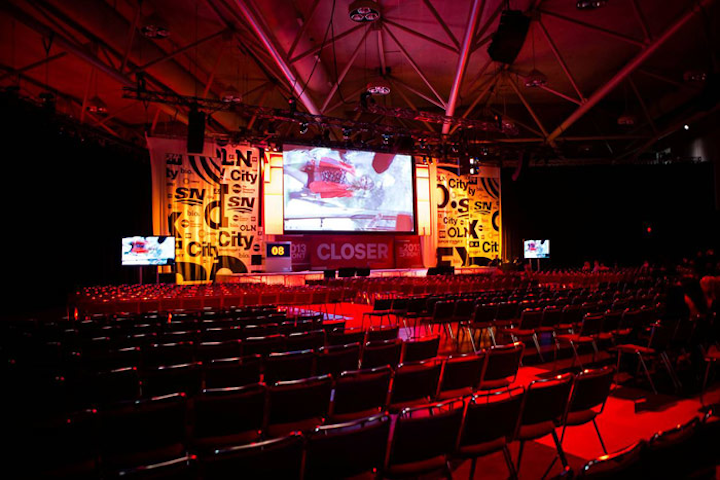 The setup included a large stage with a 37- by 18-foot screen and silk banners.
Photo: Vito Amati and Darren Goldstein 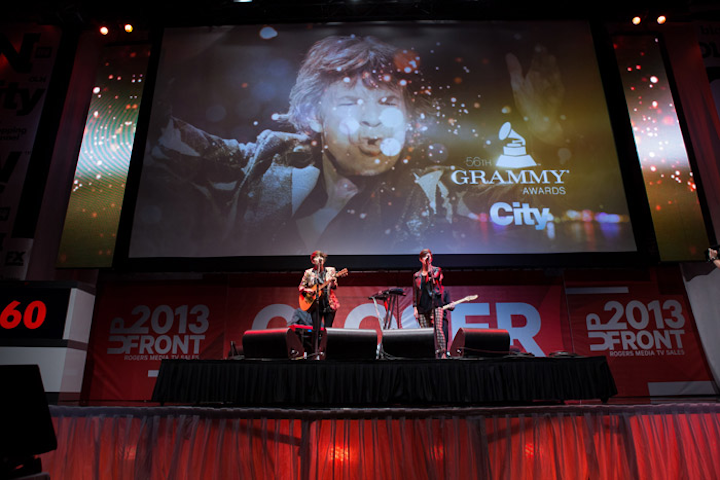 The Canadian indie rock band Tegan and Sara performed on a "secret stage" that was revealed at a certain point during the upfront presentation.
Photo: Vito Amati and Darren Goldstein 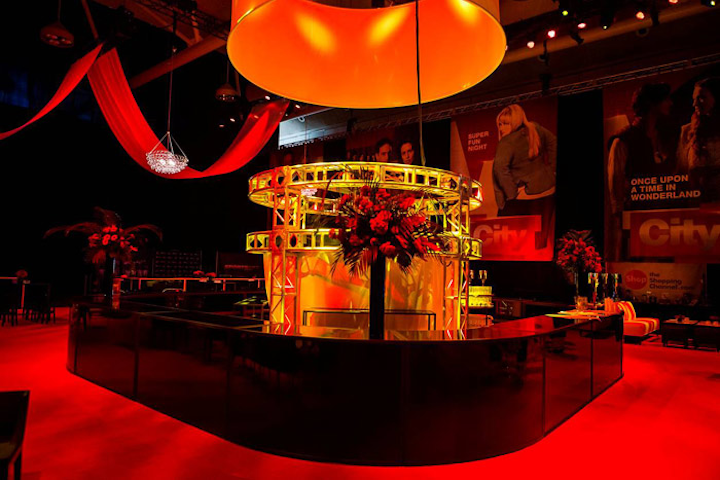 Once the presentation had ended, music started immediately from a DJ platform that was raised eight feet in the air. The DJ stage was surrounded by a black acrylic bar.
Photo: Vito Amati and Darren Goldstein 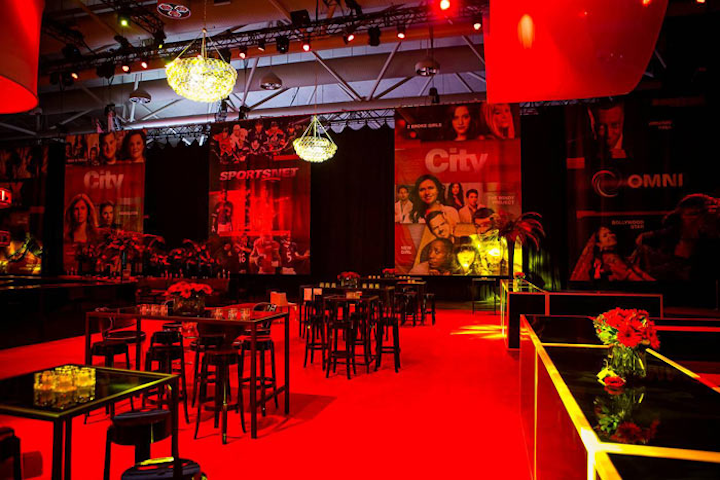 The reception was set on a giant red carpet with black, white, and red furniture. A draped ceiling added a sense of intimacy to the vast space. Francine Socket & Associates handled decor.
Photo: Vito Amati and Darren Goldstein 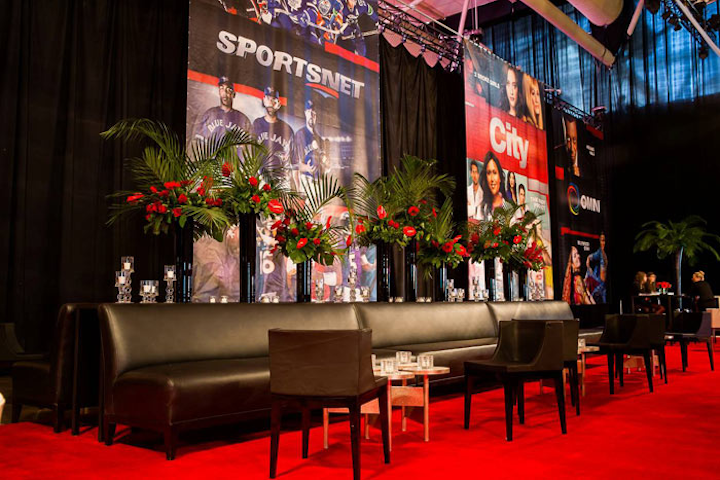 The perimeter of the reception space was hung with 12 22- by 16-foot banners representing all of Rogers Media's programming.
Photo: Vito Amati and Darren Goldstein 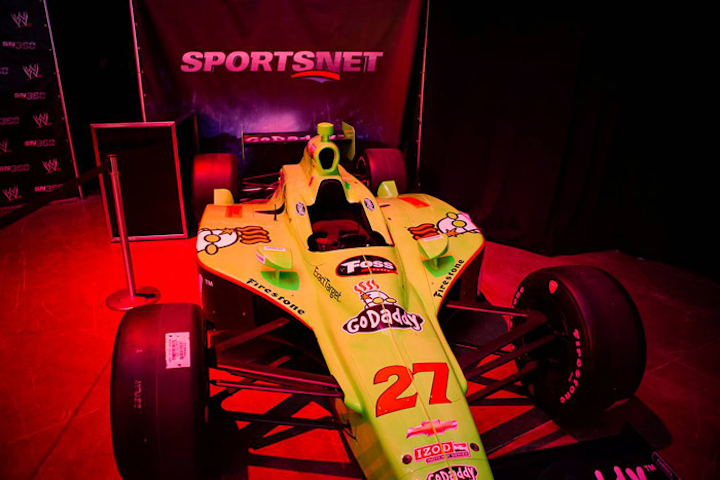 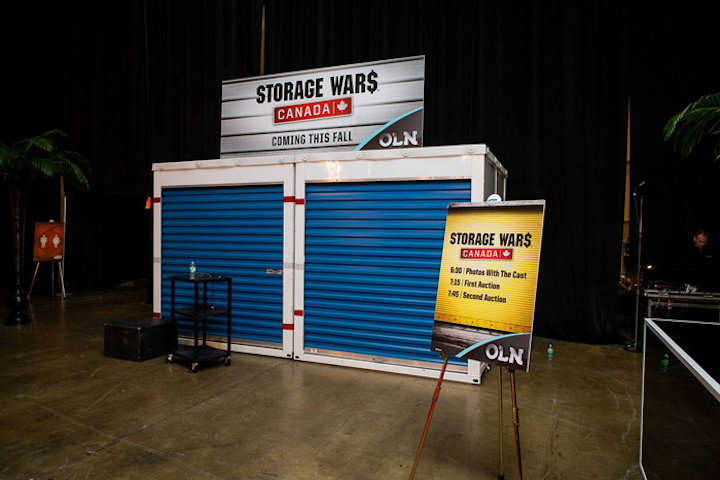 Two Storage Wars Canada lockers had hidden treasures inside. Guests could bid on the items with "Rogers Dollars" that they received at the event.
Photo: Vito Amati and Darren Goldstein
More in Programming & Entertainment