The 26th annual Fight Night mixed old and new elements to raise a record amount of money—and benefited from a Hollywood tie-in with the new boxing movie Creed.

A guest of the boxing-theme benefit Fight Night for multiple years, Keith Gordon took over this year as the 26th annual event’s producer. Held November 5, the benefit, Fight for Children’s largest fund-raiser of the year, had noticeable changes as Gordon sought to increase the value of the guest experience and amped up the production with additional decor, more entertainment, and attention to detail.

“We wanted to make this special and create this ‘surprise and delight moment’ from the time they walked in main entrance to reception, entering the ballroom, and when they leave,” said Gordon, Fight for Children’s C.O.O. “To separate ourselves and make sure we continue to drive revenue for our mission, we have to create an experience that can appeal to people from outside D.C.”

Gordon increased attendance by more than 200 people to 1,826 by leveraging partnerships with long-time supporter Kevin Plank, president of presenting sponsor Under Armour, and new relationships with Warner Brothers and MGM Entertainment, which brought guests from Los Angeles, Chicago, Cleveland, and even Taiwan. The result, combined with sponsorships and a returning live auction, raised the fund-raising total to more than $5 million, a $502,000 increase from 2014.

With support pouring in from sponsors and partnerships, Gordon turned to Hargrove Inc. to design the Washington Hilton ballroom with a tribute to Mohammed Ali and his iconic "Thrilla in Manilla" fight of 1975. Shadow box centerpieces on ringside tables, banners around the ballroom and reception areas, and multiple projection screens throughout the event space showcased pictures or video footage of the boxing legend with facts about Fight for Children’s accomplishments superimposed on the screens. In addition to the complimentary cigar boxes and bottles of wine on all dinner tables, ringside V.I.P. ticket holders a choice of veal, lamb, or steak for dinner—the first time a dinner choice had been offered.

“It’s hard to have individuality in an event this size, but we are extending that to our biggest contributors,” Gordon said. “The centerpieces, silverware, menu—all the items they interact with we wanted to be different.”

Gordon also focused on adding more entertainment beyond the signature boxing matches, which included collegiate fights between the University of Maryland and Georgetown. Cheerleaders from the N.F.L.'s Washington Redskins and Baltimore Ravens returned this year, as anticipated, but new additions included two dance numbers from New Century Dance Company, a performance by Frank Sinatra Jr. to start the night, and a finale performance by the Orchestra including former members of Electric Light Orchestra.

Following the Orchestra performance, guests headed to the Ritz-Carlton for the night's official after-party in conjunction with the annual gala Knock Out Abuse Against Women. 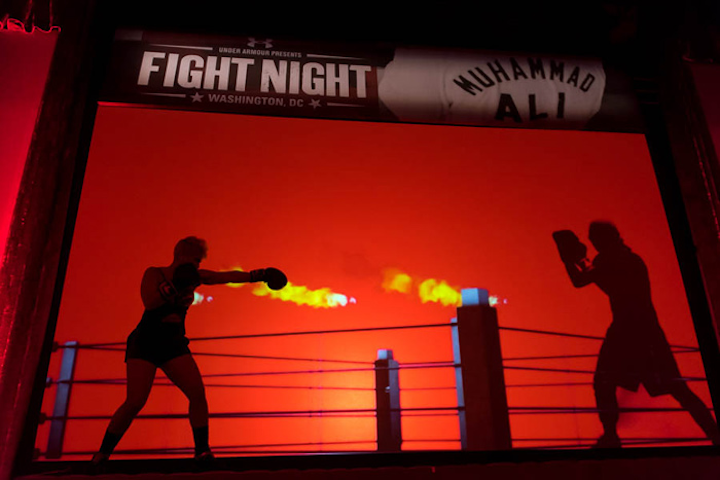 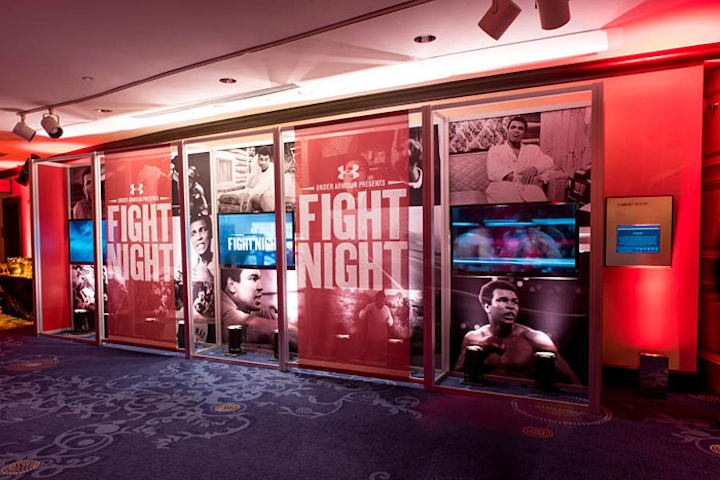 The evening paid tribute to Mohammed Ali and his iconic "Thrilla in Manilla" fight of 1975. A backdrop wall incorporated three screens that showed footage of iconic Ali fights as well as a trailer for the new boxing movie Creed.
Photo: Tony Brown/imijphoto.com for BizBash 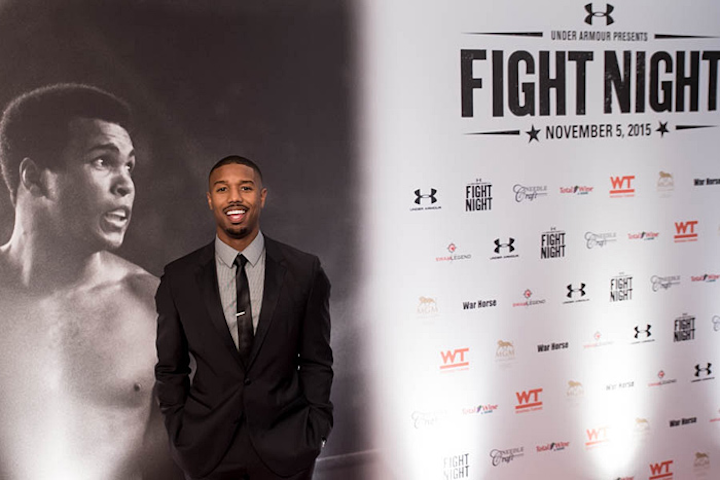 Actor Michael B. Jordan attended the event along with his castmates of the new boxing movie Creed, the latest installment of the Rocky series.
Photo: Tony Brown/imijphoto.com for BizBash 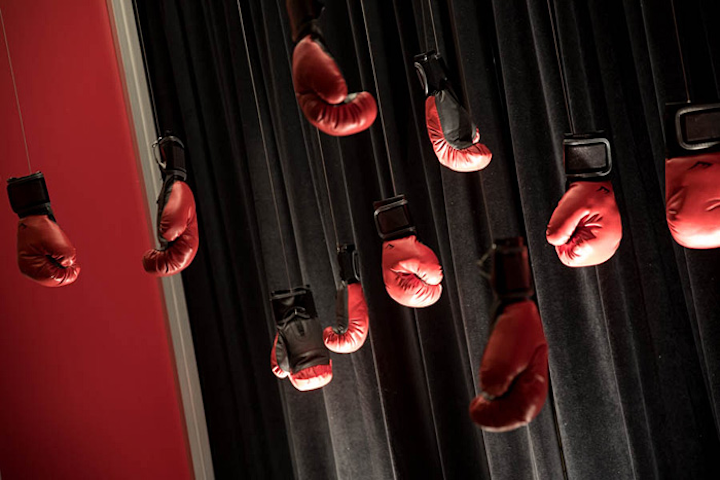 Hargrove suspended boxing gloves from the ceiling behind the check-in desk.
Photo: Tony Brown/imijphoto.com for BizBash 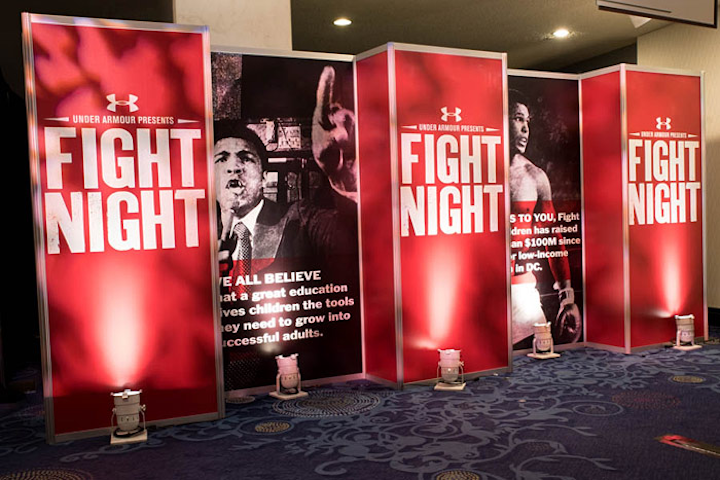 The Ali-theme decor continued with a decor piece at the top of the escalators leading guests to the main event.
Photo: Tony Brown/imijphoto.com for BizBash 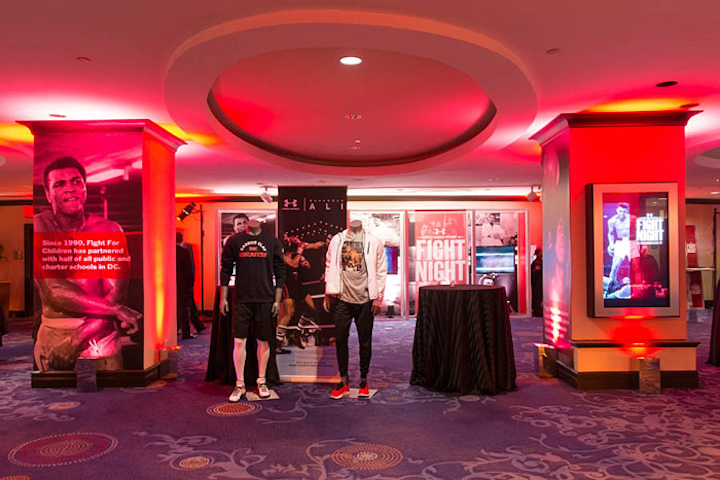 Signage with facts about Fight for Children's achievements covering pictures of Mohammed Ali decorated the columns in the V.I.P. reception.
Photo: Tony Brown/imijphoto.com for BizBash 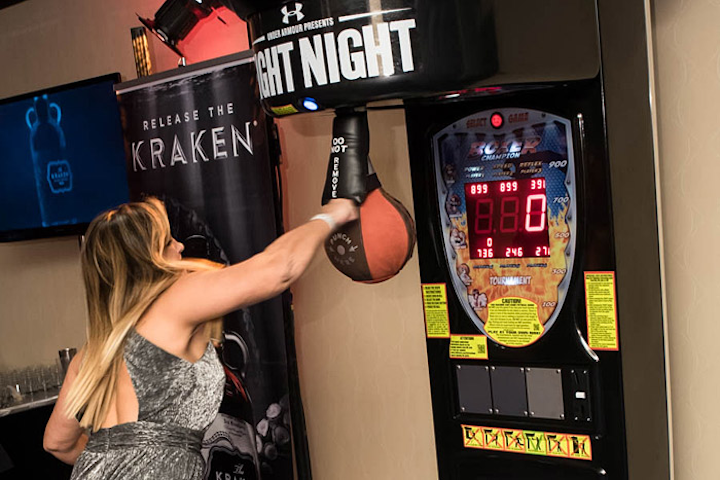 Guests could test their strength with a speed bag machine at the V.I.P. reception.
Photo: Tony Brown/imijphoto.com for BizBash 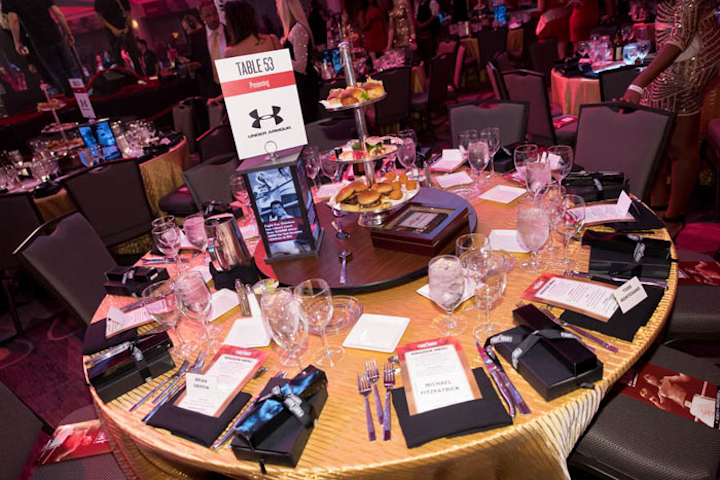 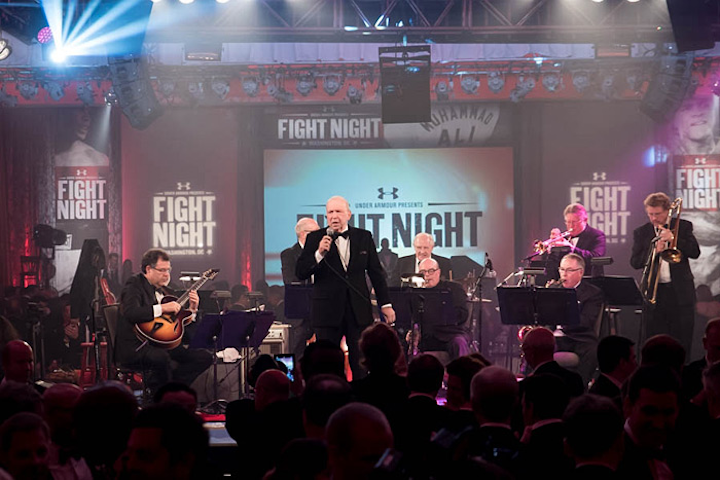 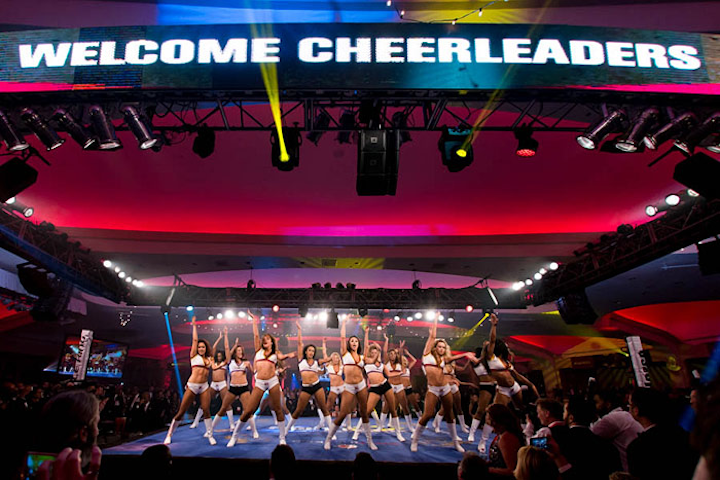 The Redskins and Ravens cheerleaders paired up for a dance performance after the last boxing match.
Photo: Tony Brown/imijphoto.com for BizBash 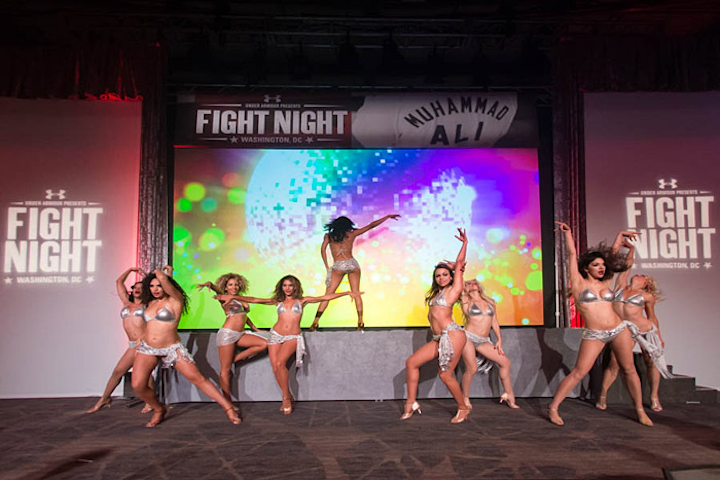 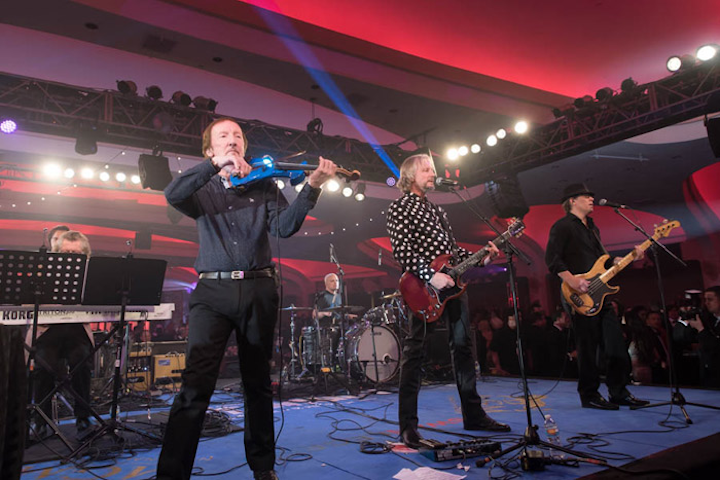 The Orchestra, including former members of Electric Light Orchestra, closed out the night in the center ring.
Photo: Tony Brown/imijphoto.com for BizBash
More in Programming & Entertainment