If Virgin Group CEO Richard Branson could have his way, the world would probably be painted in his company's signature red, white and black color scheme. He has already put the Virgin logo on an airline, record stores and a music label, and event producers US Concepts put the mega-brand's signature colors all over Whitespace at an event designed to launch the latest extension of the brand, Virgin Mobile cellular phone service.
The venue's entrance was drenched in red light shooting from every angle of the ceiling and floor by Stortz Lighting, and MX Works projected a psychedelic array of graphics, including images of Virgin recording artists, onto the studio's white walls. With this dramatic backdrop, red and white retro lounge furniture from Modprop.com offered guests a place to sit, mingle and appreciate the atmosphere.

The party continued upstairs, where larger-than-life characters Branson, Donald Trump and Kiss frontman Gene Simmons managed to be upstaged by a troupe of performers dressed in red spandex jumpsuits who danced around the crowd and passed out Virgin-branded condoms. They also encouraged guests to check out an assortment of interactive stations including a photo booth—decked out in the Virgin colors, of course—from Photo-Me, and a massage table on the outside deck where masseuses from Just Calm Down spa gave back rubs and massages.

A sign on an old red telephone booth (a reference to Virgin's English heritage, rented from Eclectic/Encore Props) encouraged guests to "Talk cheap and dirty," and MannoMedia had wired the booth so guests could have risque chats with drag performer Hedda Lettuce. Meanwhile, Miss Understood and her troupe of drag queens from Screaming Queens perched themselves by the booth to keep the mood light and cheerful. London-based DJ Mark Ratcliff and Stefan Prescott, an artist on Virgin's V2 label, played dance music.

Caterer Olivier Cheng's menu included a Moroccan-spiced shrimp served on sugar cane, wild mushroom pizzettes with hazelnut and ricotta fresca, and seared steak served on potato cakes. To match the ubiquitous color scheme, the hors d'oeuvres were served on custom-made opaque white trays that were illuminated by red neon lights inside. Cocktails were served with red Litecubes (plastic ice cubes with battery-operated lights inside from Nexus Promotions), which contributed to the event's red glowing look and Virgin's pervasive approach to a lifestyle monopoly. 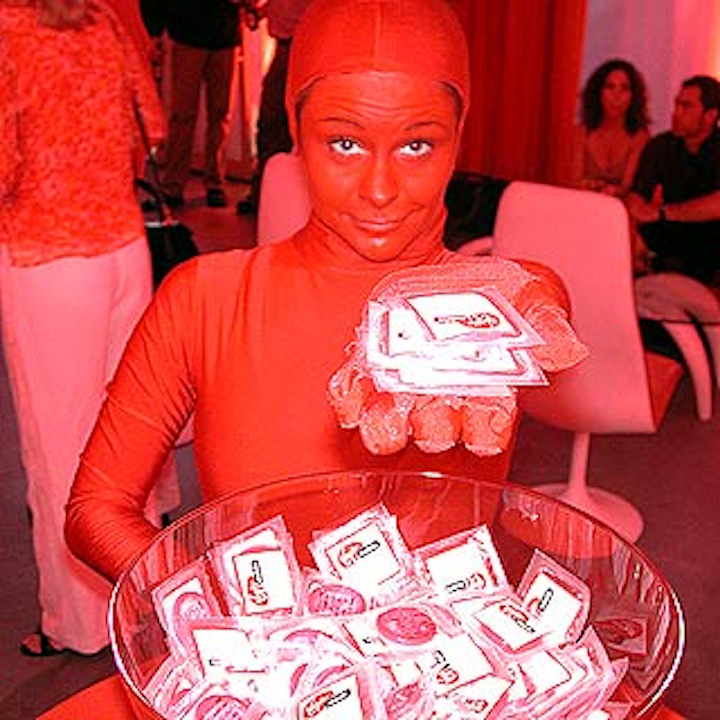 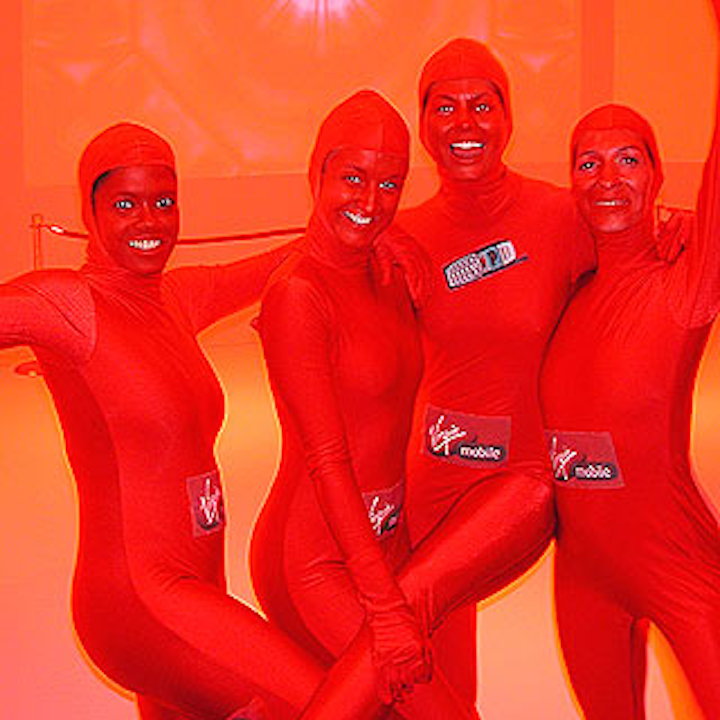 US Concepts coordinated the troupe of performers dressed in red spandex jumpsuits who danced around the crowd. 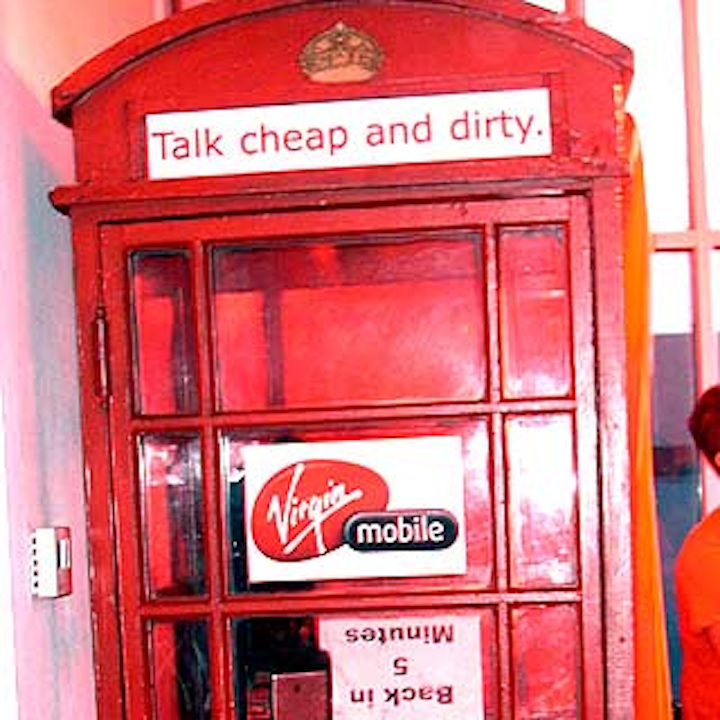 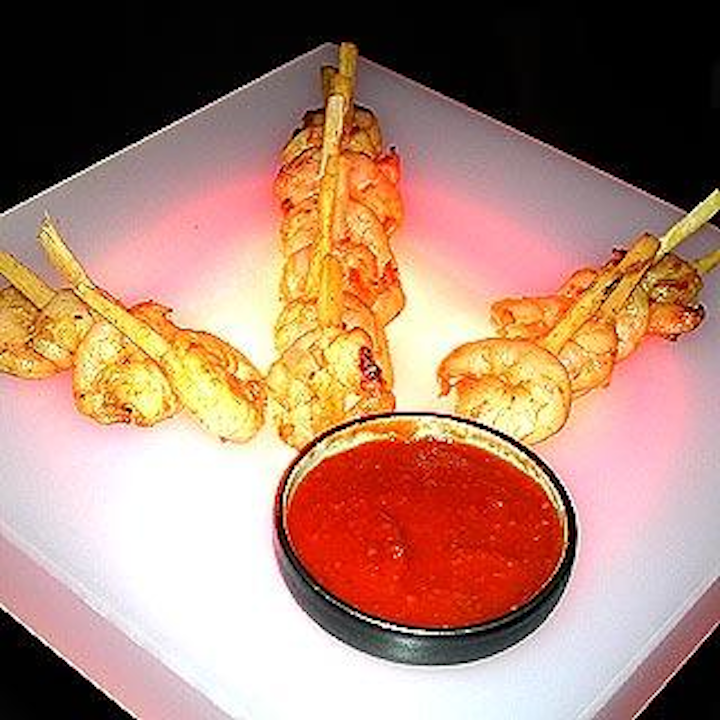