To celebrate the first season of The Chilling Adventures of Sabrina, Netflix built an immersive, interactive house for the premiere party, then opened it to fans.

Netflix’s spooky new series The Chilling Adventures of Sabrina follows 16-year-old Sabrina Spellman as she grapples between embracing her powers as a witch or living as a normal teenage girl.

That conflict between light and dark—plus the show’s spooky atmosphere and tone—was the inspiration for the premiere party, which took place on October 19 at the Hollywood Athletic Club. It was followed by a consumer-facing experience dubbed Spellman House in the same space.

“We wanted to bring guests into Sabrina’s world,” explained Amanda Van Goethen, manager of events at Netflix. “So we played with the path of night [versus] path of light to showcase her life.”

A full-scale, immersive "house," designed by creative agency MKG, asked guests to choose between the show’s normal Baxter High and witch-filled Academy of Unseen Arts. The festivities began with an official premiere party, where cast members including star Kiernan Shipka screened the show and then toured the activation. Shipka hosted a mock seance, while other cast members signed guests into a Satan-inspired guest book and DJ Daisy O’Dell performed on an altar of candles.

Food and drink from Contemporary Catering also took on a spooky theme, including short rib sliders with black buns and a cocktail incorporating activated charcoal powder.

The same activation was then opened to consumers the following day. The daylong event, which drew 1,500 attendees, kicked off with witchy makeovers by sponsor Teen Vogue; guests could make their own autumn-inspired floral crowns (choosing between light and dark flowers) and get nail art that included spiders, black cats, and Baxter High’s logo. They then toured the space, where staffers helped them get a variety of photo ops to share on social media.

Click below for more details and pictures from the fan-forward event—just in time for Halloween. 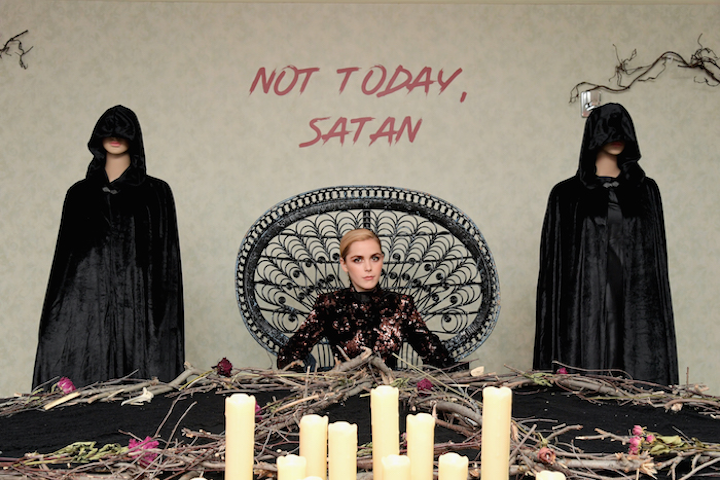 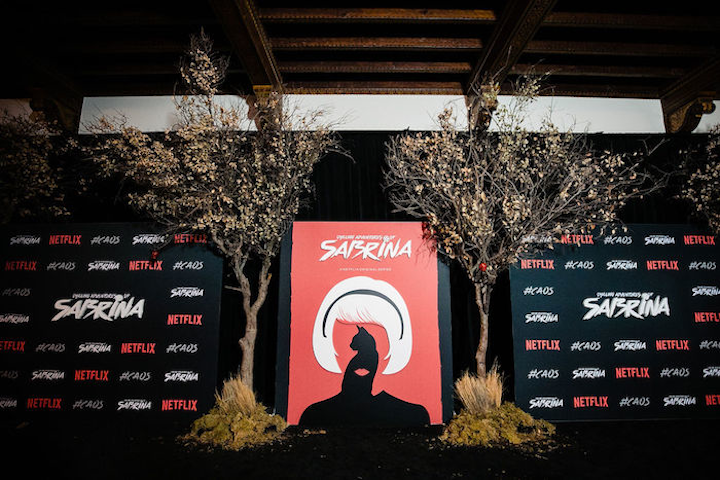 The step-and-repeat area, where both cast members and fans had a chance to pose, used 3-D silhouettes and trees to evoke imagery from the show. (After the premiere, images of the show's black cat, Salem, posing dutifully for the cameras were a big hit on social media.)
Photo: Marissa Joy Photography 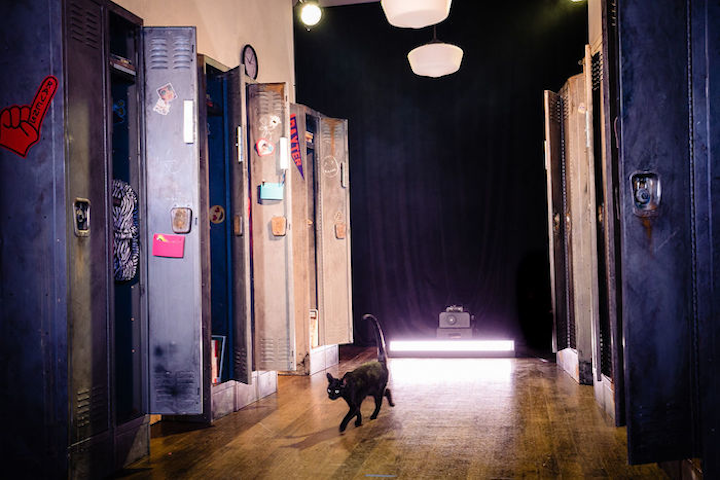 The activation was split into two paths: one that evoked Sabrina's human life at Baxter High, and the other showed her embracing her witch heritage at the Academy of Unseen Arts. The Baxter High area featured a photo op where attendees could walk down a high-school hallway in front of a fog machine. The resulting shareable video showed them moving in slow motion as lockers flew open around them. (Click here for an example.)
Photo: Marissa Joy Photography 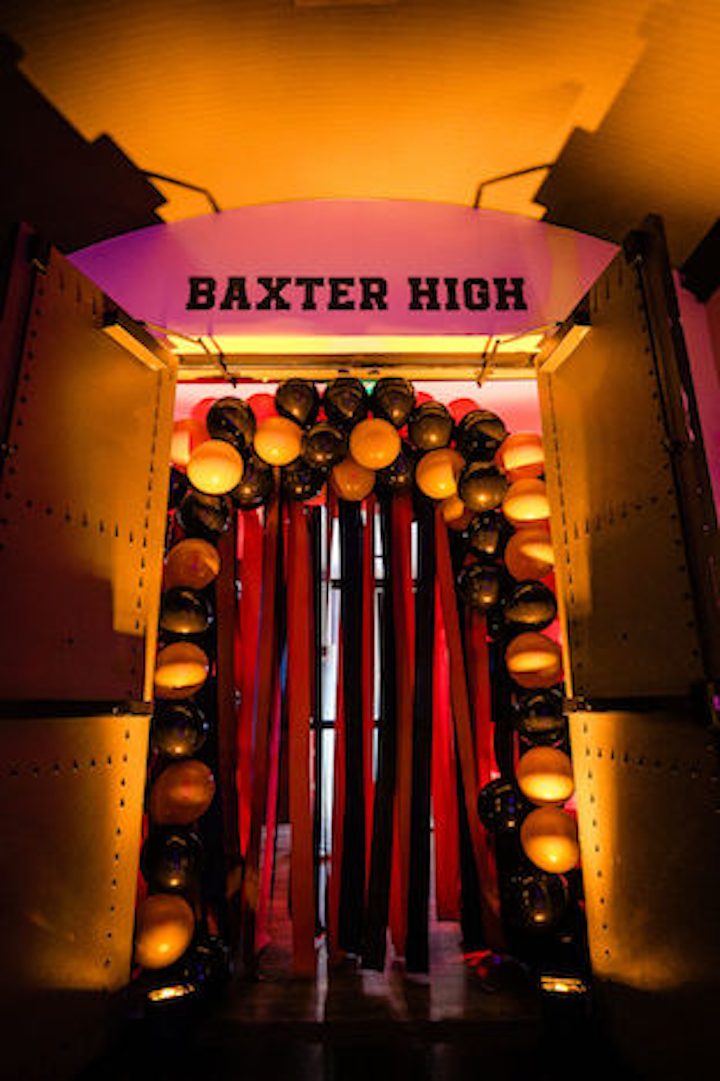 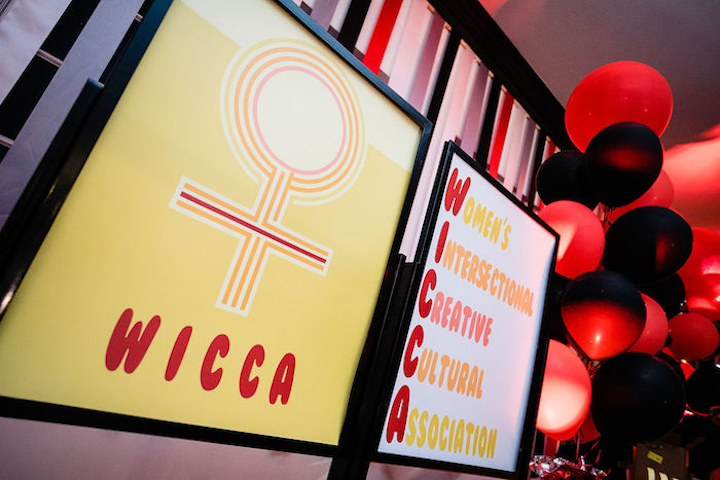 In the show, Sabrina and her friends start a feminist club called WICCA, which stands for "Women's Intersectional Creative Cultural Association." The club had a sign-up table at the activation.
Photo: Marissa Joy Photography 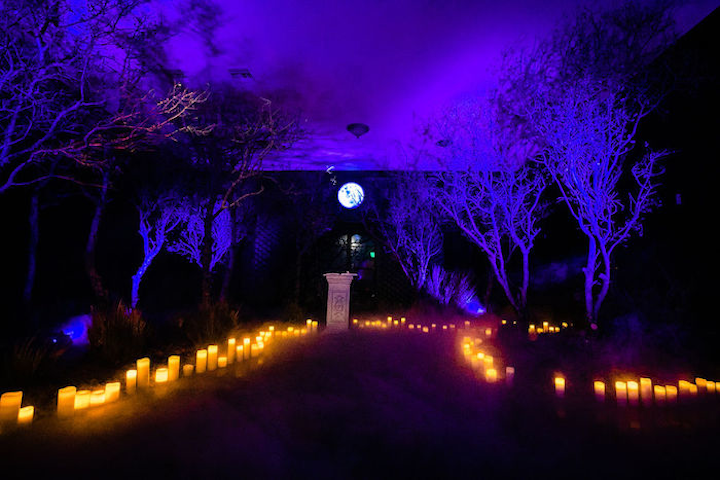 The other path open to visitors was the "Path of Night," which included a spooky, candle-lined forest room that evoked Sabrina's "dark baptism" from the show. On the series, witches sign the "Book of the Beast" to devote themselves to Satan, whereas at the premiere party, it was used as a guest book.
Photo: Marissa Joy Photography 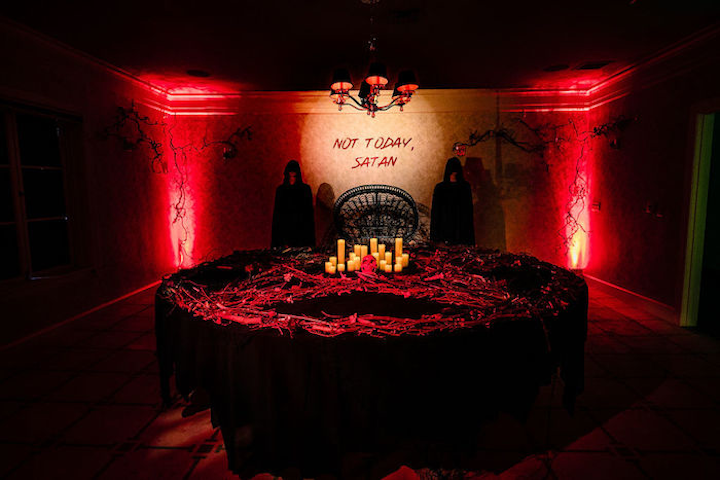 There was also a seance room filled with hooded figures and a tongue-in-cheek "Not today, Satan" sign.
Photo: Marissa Joy Photography 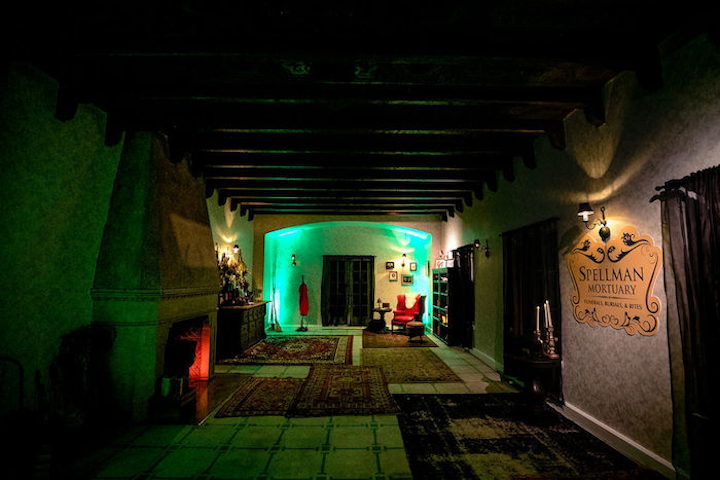 The activation also had an area for Spellman Mortuary, a nod to the funeral home owned by Sabrina's aunts. Eclectic decor was inspired by their home in the show.
Photo: Marissa Joy Photography 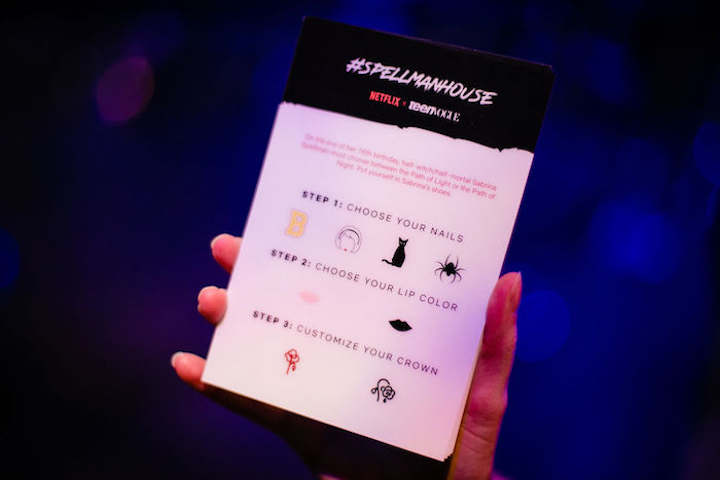 On the consumer-facing day, the 1,500 attendees could make flower crowns and receive makeovers sponsored by Teen Vogue. The makeovers also asked them to choose between light and dark themes, like pink or black lipstick and flowers in darker or lighter shades.
Photo: Marissa Joy Photography 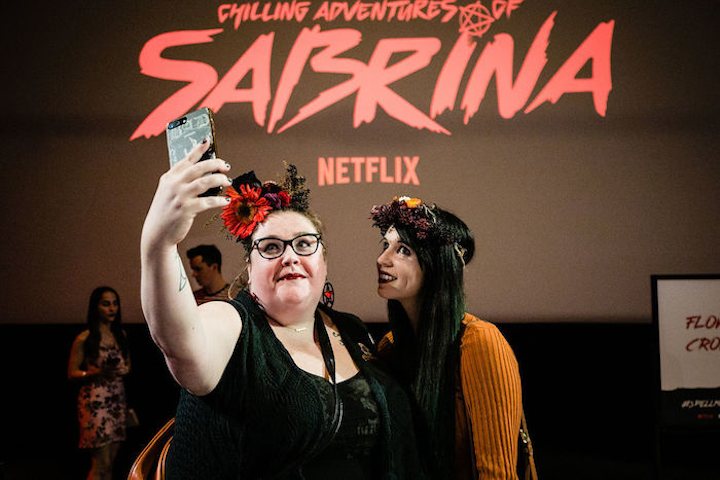 Post-makeover, guests could explore the house and were encouraged to take plenty of selfies.
Photo: Marissa Joy Photography 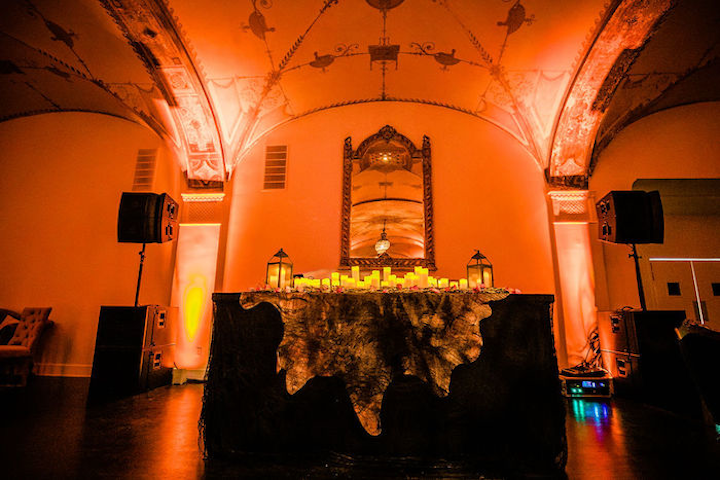 At the premiere party the night before, DJ Daisy O'Dell performed on a candle-covered altar.
Photo: Marissa Joy Photography 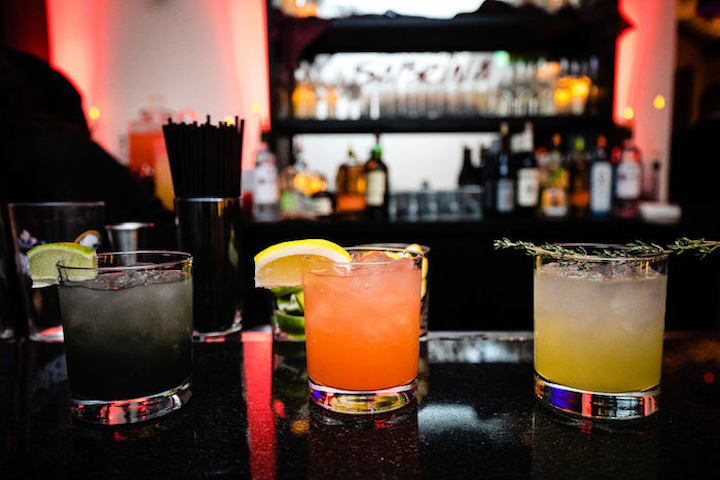 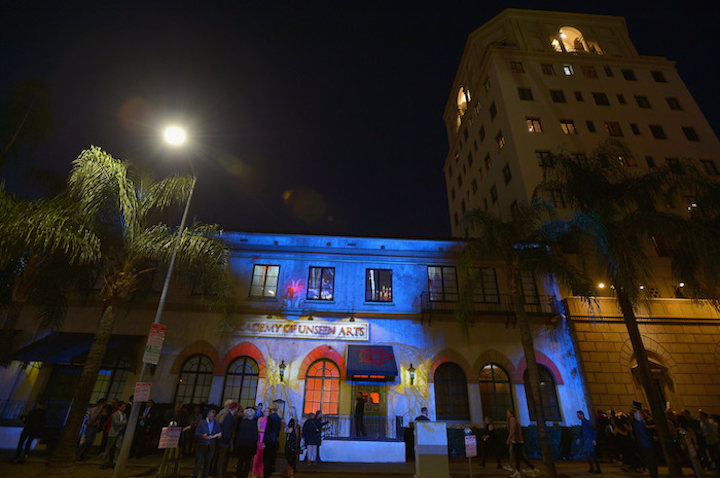