What Do You Do When Your Venue Closes Days Before Your Event?

When the Children's Book Choice Awards planners arrived for load in, they discovered a lock on the venue's doors and had to act quickly to save the event. 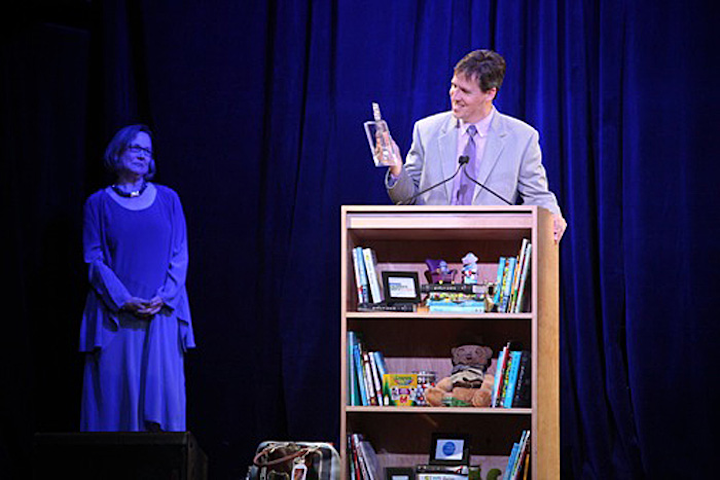 The venue for the Children's Choice Book Awards changes each year, and planner Lizz Torgovnick of Sequence Events and her clients at the Children’s Book Council had carefully scouted locations before choosing the Liberty Theater for this year's event in May. The historic facility—with its unique layout and original theater boxes—had even inspired the event's red curtain theme.

When the load-in crew members arrived on Friday to prep for the Monday event, they found an event planner's nightmare: a padlock on the door and a post detailing liquor and other violations. The team faced a quick decision: Hope the legal issues would be resolved by Monday, or change venues.

"The first hour was spent asking, 'What the heck is going on?' Was it still possible to have the event there," Torgovnick said. "We couldn't get our venue contact on the phone, so it became clear very quickly that we needed to find a new venue for our event. After a few semi-frantic calls to team Sequence, everyone was on the case. We called every venue we've ever worked with that could accommodate this event."

They needed an open venue that had space for a cocktail reception, award presentation, and dessert reception for 300 people—without increasing the budget. Finding an open venue in a matter of hours, even in a city like New York with its numerous options, is no easy task. The first round of phone calls yielded no results. Liberty Theater's audiovisual contact suggested a not-yet-open space called Stage 48, fewer than 10 blocks from the original venue. It was still finalizing details of its build out, but it was available, and the team scheduled a walk-through.

"Luckily, it was a pretty good fit," Torgovnick said. "It was 80 percent of what we needed from a venue, and the rest was doable. It was kind of a miracle."

With the client's approval, they made the switch. But the crew still faced several hurdles: ordering a new menu without a tasting, creating a new floor plan and new seat assignments, and alerting guests to the change in location. Then there was the stage itself. Intended more for live music events, it did not have stairs for winners to climb to receive their awards.

So planners asked the chef to recreate as best he could the original menu and cobbled together a staircase from materials the venue had on hand. The Children's Book Council emailed event guests about the new location, and the night of the event, a hired staffer stood outside of the old venue in case anyone missed the message.

Another challenge was the elevator. It was not operational, so guests had to climb to reach the third-floor reception site. To accommodate guests who couldn't make the hike, staffers kept the bar open on the main level and brought in hors d'oeuvres.

Despite the change, the event largely stayed on budget. Stage 48 matched the original venue price, and there was no haggling with the Liberty Theater since it had not cashed the deposit check. The only loss was for a satellite truck that planners had hired for a live online broadcast of the show. Its signal, which had been tested at the former venue, did not work from the new one.

The Liberty Theater's William Curran told BizBash that the violations were from the theater's in-house restaurant at the time, Famous Dave's, which was operated separately. Curran said the management took care of the violations in court that Friday and reopened in time for dinner service. (He added that Famous Dave's had been replaced by the Liberty Diner under new management.)

"We could have done the event here, but they felt more comfortable moving," Curran said. "In my 30 years I've never had something like that. I understood that the event planner was very upset to say the least, and that's why I did everything I could to help them."

Torgovnick said she was disappointed that her client never received an apology from the Liberty Theater, but the experience had taught her valuable lessons.

"Be prepared," she said. "Be on top of all of the details. If you have all of the puzzle pieces, if you have to reassemble them in a different place, it's possible. Expecting the unexpected is part of our job, and in a sick way is what we love about the industry. The biggest problem that anyone could face came our way, and we still had a fantastic event."