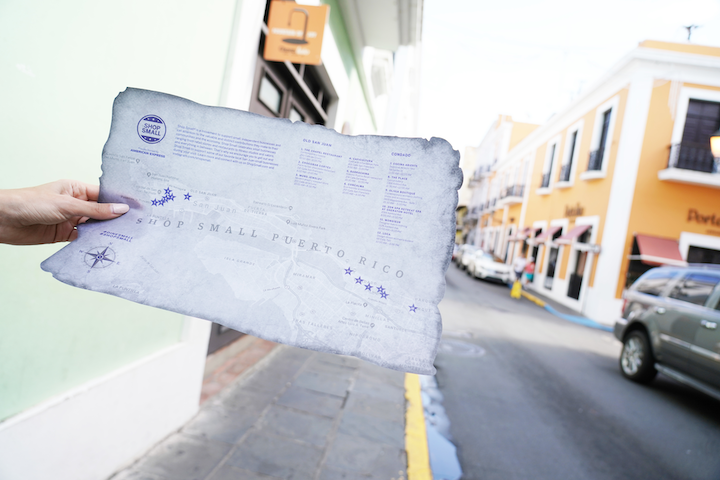 As part of American Express's commitment to supporting local businesses in Puerto Rico, attendees who took part in the brand's Hamilton-theme weekend were given special maps for shopping excursions. The maps featured local businesses in the areas of Old San Juan and Condado, close to resorts where guests were staying.
Photo: Alexander Tamargo

American Express never seems to create the same fan experience twice. In the past year, the financial services company returned to music festivals and sports competitions with dynamic activations, but each one had more than a few elements that kept its presence fresh.

This year, American Express returned as a sponsor at Coachella, the U.S. Open tennis and golf tournaments, and Austin City Limits, but also took its presence across the pond with new partnerships with Wimbledon and All Points East in London. The company, which is ranked at 72 on the Fortune 500 (it ranked 86 the previous year) also completed its first fiscal year under new C.E.O. Stephen Squeri.

“We look to deliver unrepeatable experiences for our cardmembers. While we may show up at the same event and bring back some cardmember favorites, each year we bring in some new elements of surprise,” explained Deborah Curtis, vice president of global brand partnerships and experiences for American Express. “We do this by being obsessed with the insights around fans at these events and playing in spaces where we have an authentic role.” 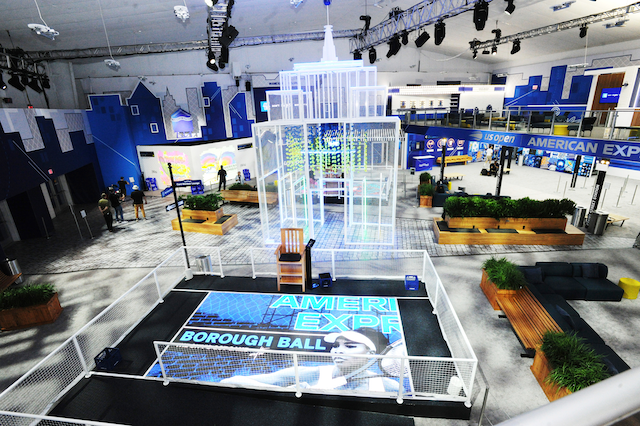 Arguably, American Express’s most ambitious event in 2019 was the "Tennis City" fan experience at this year’s U.S. Open, marking the company's 26th year of partnership with the tennis tournament. The brand once again worked with Momentum Worldwide to create a massive fan experience at the U.S.T.A. Billie Jean King National Tennis Center that paid homage to New York with a series of interactive stations that replicated hallmarks of the host city. These included a replica of the Empire State Building made out of tennis nets and a buildout of the Court Street subway station in Queens, which used audio and visual theater to take fans through historical U.S. Open moments. The brand also created a similar fan experience for Wimbledon, designed around the theme of “Tennis in an English Garden.”

American Express's footprint at U.S. music festivals, meanwhile, included two separate experiences at Coachella in April. A cardmember lounge on the Indio, California, festival grounds provided guests with sneaker cleaning, nail art, and free rides on the popular Coachella Ferris wheel. At an off-site resort in Palm Springs, the brand held a new iteration of its Platinum House, which offered guests a dedicated bungalow for networking, a beauty lounge, and food from chef Michael Solomonov. The brand also sponsored Austin City Limits for the third year, and brought a two-story, music-theme lounge to the October music fest. The space, which was produced by Live Nation, featured activations highlighting local Austin businesses such as Waterloo Records, Resurrection Tattoo, and Milk & Honey. 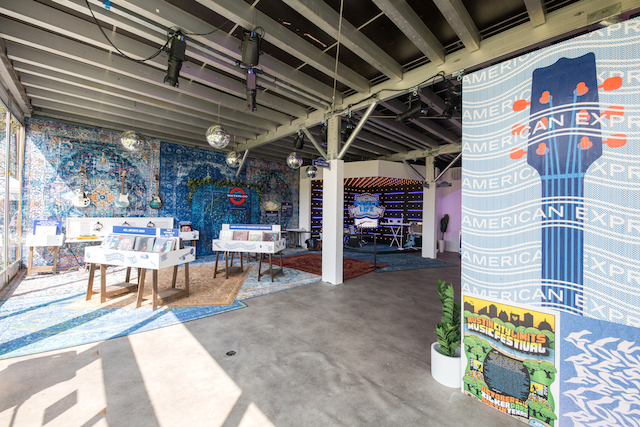 Curtis noted that the brand also found new ways to bring artist merchandise into their festival spaces, which included a partnership with Ariana Grande to release an exclusive sweatshirt at the Coachella lounge, plus a dedicated space for guests to shop headliner merchandise at A.C.L. The brand also tapped into the growth of streetwear by launching its first partnership with ComplexCon this year, which gave benefits to cardmembers including dedicated entry lanes.

American Express’s focus on supporting small, local businesses stems from an ongoing campaign, which inspired the brand to host a theater-theme experience for cardholders in San Juan, Puerto Rico. To celebrate the premiere of the musical Hamilton in Puerto Rico in January, the brand curated an experience for 100 cardmembers, stemming from its relationship with brand ambassador Lin-Manuel Miranda—the creator and original star of the Tony-winning historical hip-hop musical who reprised his role as Alexander Hamilton for the opening weekend. The brand hosted an exclusive Lizzo concert for card holders during WorldPride in New York in June. The concert was broadcast on a jumbo screen in Times Square, which also featured imagery from American Express’s Pride-theme campaign.Photo: Mike Coppola/Getty Images for American Express

To kick off WorldPride in New York in June, the brand held an exclusive cardmember concert, headlined by Lizzo, at the Times Square Edition hotel. The "Truth Hurts" singer's performance was broadcast on a jumbo screen in Times Square, which also featured imagery from American Express’s Pride-theme campaign.

For 2020, Curtis said the brand will continue its American Express Women in Music Leadership Academy, which offers workshops to train early-career professionals in the music industry to “be the leaders of tomorrow.” The brand also plans to launch a similar initiative for the sports industry.

“In our [event] evaluation process, we look to back cardmembers at every step of the way—from ticket sales and pre-event communications, to onsite benefits and spend offers, to access and once-in-a-lifetime experiences,” Curtis said. “Because of this, we look to our partners to help create value across the consumer journey, with the goal of creating a winning situation for our brand, the property and, most importantly, the fans.”