With most industries steadily getting back on track after the struggles of the recession, the city’s event calendar is once again packed year-round. Oversize happenings like Fashion Week, Comic Con, and the Auto Show are now bigger than ever, but the city is also home to upstart events celebrating everything from blogs and social media to handcrafted cocktails. These are the 100 events that make the biggest impact year after year—plus a few to keep an eye on.

Fashion Industry Events
1. Fashion Week is estimated to pour more than $200 million into the city’s economy during each of the semi-annual shows. February 9-16 and September 13-20.

2. Council of Fashion Designers of America’s Awards, a $10,000-a-seat black-tie gala hosted by Anderson Cooper in 2011, is a must-attend event for industry bigwigs. June 4.

3. Up From 4: Fashion Group International’s Night of Stars Benefit is widely watched by the fashion-conscious, both for the awards given out, and to see what celebrities, designers, and editors wear on the red carpet. October.

4. Fashion’s Night Out may have lost some of the industry buzz it elicited upon launching in 2009, but it has grown into a consumer behemoth with versions in 250 cities. September.

5. New to the List: Victoria’s Secret Fashion Show, which debuted in New York in 1995, has gone through many iterations over the years. In 1999, an Internet broadcast hyped during the Super Bowl brought unprecedented attention; in 2001, it was aired on TV for the first time. After two years in L.A. and one in Miami, the show returned to the 69th Regiment Armory in 2009, where it has since settled on a fashion-and-rock format that included Kanye West and Maroon 5 in 2011. November.

6. Whitney Art Party celebrated the groundbreaking on the museum’s new meatpacking district home with a stylish party that brought out everyone from designer Jason Wu to basketball star Amar’e Stoudemire. Spring

7. Accessories Council ACE Awards honored Nicole Richie as Influencer of the Year and Phillip Tracey as Designer of the Year at the 15th annual gala in 2011. November.

One to Watch: CFDA/Vogue Fund Awards has up-and-coming designers celebrated by the likes of Calvin Klein and Anna Wintour—plus hefty cash prizes ($300,000 for the winner and $100,000 for two runners-up to take home). November.

Advertising Industry Events
1. Advertising Week included 200 mini-events and 60,000 attendees in 2011, focusing heavily on social media, with the involvement of companies like Facebook, Foursquare, and Google. October 1-5.

4. Ad:Tech has grown to 10 shows in seven countries, and its annual New York stop is a must-attend event for digital marketing professionals. November.

5. One Club’s One Show, celebrating creativity in advertising and design, has expanded in recent years to include photography, art, and interactive events during spin-off Creative Week NYC. May 7-13.

One to Watch: Ad Age’s Digital Conference, now five years old, has established itself as one of online advertising’s premier industry meet-ups, with a sold-out crowd of 700 in 2011. April.

Parades, Festivals & Holiday Events
1. Macy’s Thanksgiving Day Parade took off for the 85th time in 2011, with more than 3.5 million spectators, along with another 50 million television viewers. November 22.

2. New Year’s Eve in Times Square brings one million revelers to Times Square each year, plus live broadcasts on ABC and MTV. December 31.

5. St. Patrick’s Day Parade, the nation’s longest-running celebration of Irish-American pride, has graced the streets of New York since 1762. March 17.

7. NYC PrideFest and Parade hosts more than one million participants for a week of parties, cultural events, and the signature gay pride parade. June 16-24.

8. Up From 9: World Science Festival, now in its fifth year, attracts 150,000 attendees for its family friendly lineup of exhibitions and demonstrations from many of the world’s leading scientific minds. May 30-June 3.

Political & Diplomatic Events
1. Clinton Global Initiative is one of the world’s most prestigious invitation-only global gatherings, with more than 50 heads of state participating in 2011. September.

One to Watch: National Action Network Convention, a 20-year-old event founded by the Rev. Al Sharpton, has taken on a higher profile in recent years, with President Obama attending in 2011. April.

Benefits
1. The Metropolitan Museum of Art’s Costume Institute Benefit, the “party of the year,” raised a record $10.4 million in 2011 with an 800-person gala celebrating late designer Alexander McQueen. May 7.

2. Robin Hood Foundation Benefit couldn’t repeat 2010’s record-setting haul of $87.8 million—bolstered by a gift from George Soros—but the $47.4 million take in 2011 still dwarfed every other charity event. May.

3. Up From 4: The Museum of Modern Art’s Party in the Garden gets buzzier every year. In 2011, it featured a Cartier sponsorship, live set from Kanye West and Jay-Z, a 1,500-person after-party, and $4 million raised. May.

6. The Metropolitan Opera’s Opening Night Gala filled the Tent at Lincoln Center with 1,100 guests and an elaborate David Stark design scheme inspired by the production of Anna Bolena. September.

9. Frick Collection’s Young Fellows Ball welcomed 600 patrons to the collection’s Fifth Avenue mansion for the 12th outing of one of the year’s top parties for young socialites. Winter.

10. Up From 11: Friends of the High Line Benefit has grown consistently since its inception in 2001, hosting 900 guests last year, among them Diane von Furstenberg and Barry Diller, who have pledged $20 million to finance the park’s completion.  May 1.

11. Society of Memorial Sloan-Kettering Cancer Center Spring Gala, which brings a mix of society types, medical patrons, and celebrities, moves to the Metropolitan Museum of Art for its fifth edition in 2012. April 25.

17. New to the List: Amfar New York Gala, held during one of the city’s busiest periods—the February edition of Fashion Week—has been able to both attract much of the crowd in town for that event, and stand out in its own right as one of the year’s most anticipated fund-raisers. The 2011 benefit, marking Amfar’s 25th anniversary, honored Bill Clinton, Elizabeth Taylor, and Diane von Furstenberg, and raised $1.5 million. February 8.

18. Winter Antiques Show Opening Night Gala is one of the first must-attend events of the year on the social calendar—and is now followed a week later by the antique show’s Young Collectors Night. January 19.

One to Watch: Brooklyn Museum’s Brooklyn Artists Ball brought more than 600 socialites, celebrities, and art world types to the museum in 2011, raising $575,000. Spring.

One to Watch: New York City Opera’s Spring Gala falls off our list this year, but the “opera ball” still draws a loyal crowd, and we wouldn’t be surprised to see it return. Spring.

One to Watch: Veuve Cliquot Polo Classic, held here for the past four years, brought the likes of Hugh Jackman and Marc Jacobs to Governor’s Island in 2011. June.

One to Watch: Five Boro Bike Tour has boomed in popularity recently, with 30,000 cyclists in 2011, making this the country’s largest recreational bike race. May 6.

Entertainment Industry Events
1. Upfront Week seemed to have definitely emerged from the recession in 2011, with both broadcast and cable television networks hosting a packed four days of presentations and parties. May.

3. Up From 4: CMJ Music Marathon and Film Festival has grown into New York’s largest music event, bringing 120,000 fans to 80 venues across the city. October.

4. New York Film Festival, which kicks off the Oscar anticipation season with its roster of highbrow premieres, will celebrate its 50th anniversary in 2012. September 21-October 7.

5. Tony Awards, one of the longest-standing events on our list, unveiled several major changes for its 65th outing in 2011. The ceremony moved uptown from the 6,000-seat Radio City Music Hall to the more intimate 2,894-seat Beacon Theatre; the opulent after-party hosted 1,700-guests at the Plaza Hotel; and fans watched a live simulcast of the show in Times Square. June.

6. Up From 8: Museum of the Moving Image Salute celebrated the completion of the museum’s $67 million renovation, while Tina Fey, Jimmy Fallon, and Ben Stiller honored Alec Baldwin. Winter.

One to Watch: Northside Festival showcased 250 bands in its second year, bringing 100,000 music fans for four days of shows throughout Brooklyn. June 14-17.

Food & Restaurant Industry Events
1. James Beard Awards bring 2,000 guests to Avery Fisher Hall for the food world’s most prestigious prizes, followed by an increasing array of after-parties at restaurants around town. May.

One to Watch: Manhattan Cocktail Classic put on 74 events over five days in its second outing, bringing 5,500 attendees to venues across three boroughs. May 11-15.

3. Sabre Awards, new to our list last year, will expand in 2012 with new categories that recognize infographics, viral videos, and more. May 8.

Beauty Industry Events
1. FiFi Awards, the “Oscars of the fragrance industry,” welcomed 800 guests in 2011 and included a live audience vote for the Fragrance Superstar of the Year award. May 21.

2. International Beauty Show drew more than 57,000 attendees for the 2011 edition of one of the world’s largest events for beauty industry professionals. April 22-24.

3. New York Boat Show saw a small dip in attendance in 2011 but at 45,000 guests is still one of the city’s largest gatherings of boating enthusiasts. January 4-8.

6. The Greater New York Dental Meeting, with nearly 60,000 participants, is one of the country’s largest gatherings of health care professionals. November 23-28.

One to Watch: AKC Meet the Breeds, a pet convention, hosted 35,000 people at the Javits Center for its third go-around in late 2011. November.

2. International Contemporary Furniture Fair fills the Javits Center with exhibits from 550 designers, architects, and manufacturers hailing from 39 countries. May 19-22.

5. The Art Show, an intimate alternative to the sprawling Armory Show, features 70 art dealers and a gala preview raising funds for the Henry Street Settlement. March 7-11.

Ones to Watch: Pulse Contemporary Art Far will move outside of Armory Arts Week for the first time in 2012 and instead coincide with the first New York edition of London’s highly successful Frieze Art Fair. May 3-6.

Media Events
1. Time 100 Gala didn’t have quite as much star power in 2011 as it has seen in past years, but it’s still the only time you’ll find everyone from Blake Lively to Chris Christie to Bruno Mars all in one room. Spring.

2. National Magazine Awards, always a must-attend evening for editors and publishers, switched formats in 2011 to a dinner event hosted by Katie Couric. May 3.

3. National Book Foundation’s National Book Awards, now in its seventh decade, shook things up in 2010 with the debut of a spinoff party for young professionals in publishing. November.

4. The New Yorker Festival is a packed three days of events and discussions; in 2011, it featured big names like Owen Wilson, Amy Poehler, Frank Gehry, and Nancy Pelosi. Fall.

5. The Webby Awards, one of the first online media events to make a splash 16 years ago, has expanded to Internet Week, seven days of meet-ups, seminars, and parties. May 14-20.

6. Up From 7: Glamour Women of the Year Awards, which honored Jennifer Lopez, Lea Michele, and Gabrielle Giffords in 2011, has become one of the East Coast’s most-watched red carpet events. November.

7. Peabody Awards, which celebrates quality television programming, marked its 70th anniversary in 2011 with a gala ceremony at the Waldorf-Astoria. May 23.

8. New to the List: Social Media Week brought 10,000 attendees to more than 230 events in its third-annual edition by partnering with both old media (The New York Times) and new (Google). February 13-17.

9. New York Women in Communications’ Matrix Awards honored actress Betty White and Facebook C.O.O. Sheryl Sanberg, among others, at a luncheon in 2011. April 23.

Ones to Watch: BookExpo America inched away from paper in 2011 by partnering with International Digital Publishing Forum on a new digital exhibition space and co-locating with BlogWorld and New Media Expo’s first East Coast edition. June 4-7. 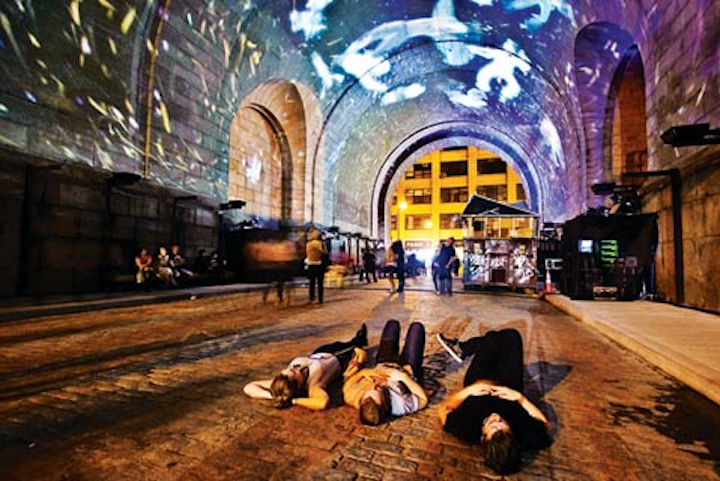 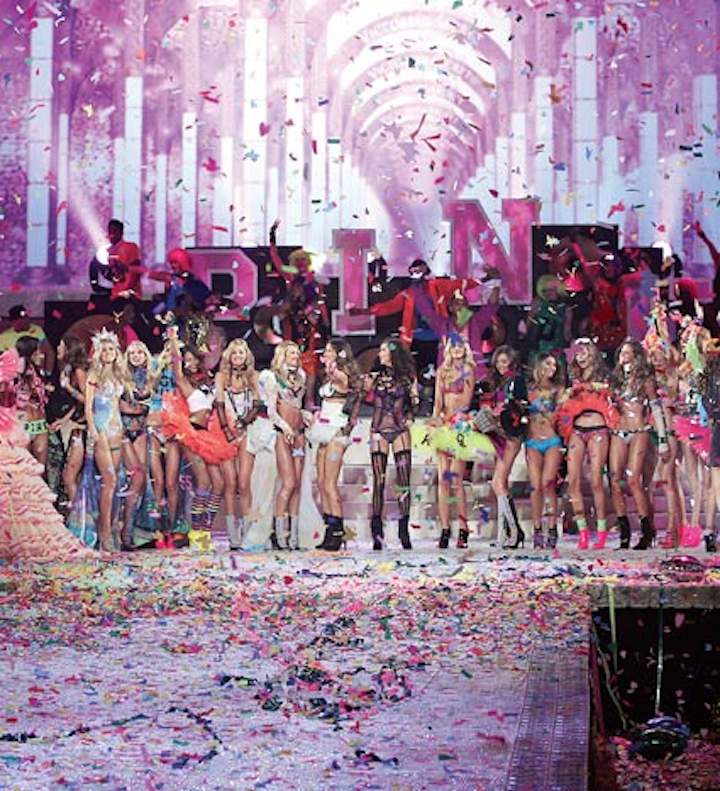 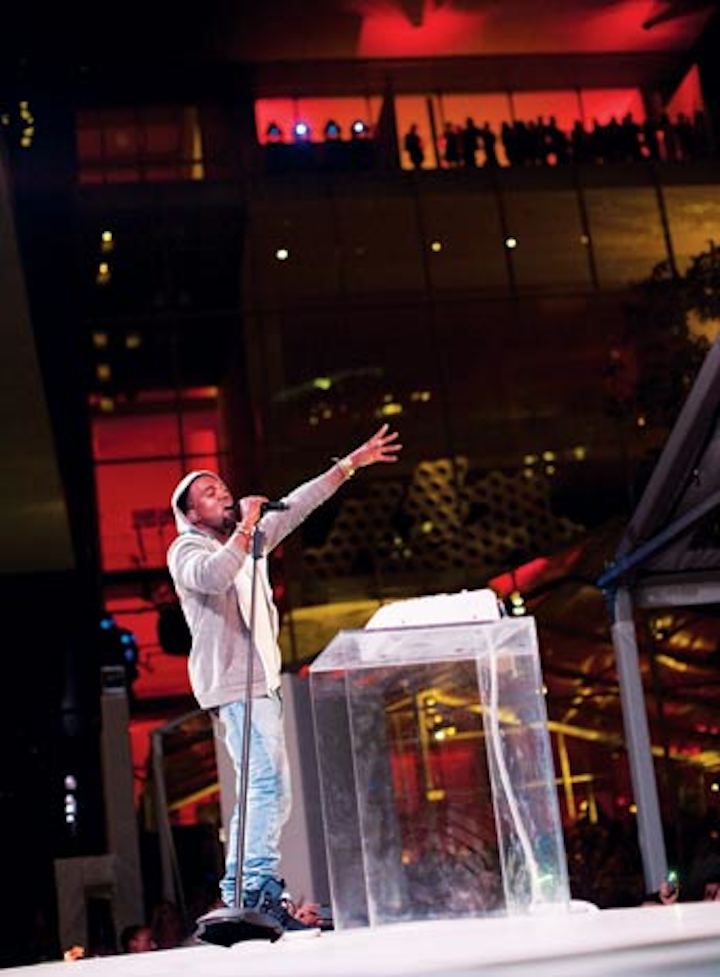 The Museum of Modern Art's Party in the Garden
Photo: Scott Rudd 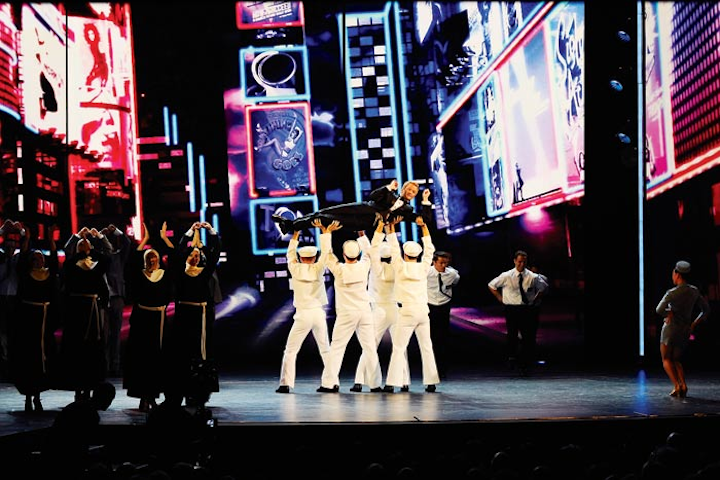 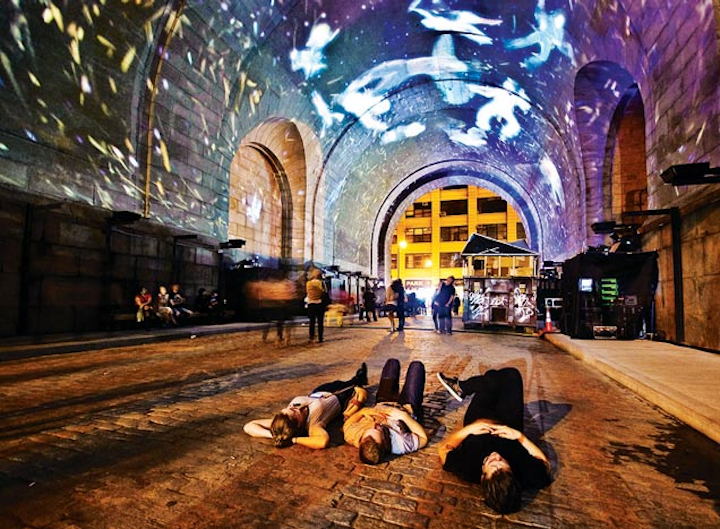