The Running Event, held at the Austin Convention Center and the Austin Hilton from December 3 to 6, is an annual gathering of some 1,000 running-industry professionals. To thank its customers and celebrate winning the International Shoe of the Year award at the expo, Saucony hosted a satellite event at the Coppertank Events Center December 4, and plastic red cups played heavily into the evening's festivities.

"The city of Austin is unique, just like the Saucony brand," said Chris Gasbarro, creative officer of the Boston-based C3 Gather, which managed the event. "We thought, what better way to say thank you to customers than to throw an old-fashioned backyard kegger? The red Solo cup idea tied directly to the brand color."

At the show, staffers distributed the Solo products stenciled with the event's details, and guests showed up clutching the cups-cum-invites. A Solo cup fence wall, in which the cups were used to spell out "Saucony," was at the center of the block-party-style bash. The event also had a performance from Austin-based band the Shinyribs and casual snacks from food trucks including the Peached Tortilla. The red cup also appeared in the event's printed invite, in the Shinyribs' stage backdrop, and in images spray-painted with washable paint onto sidewalks downtown. 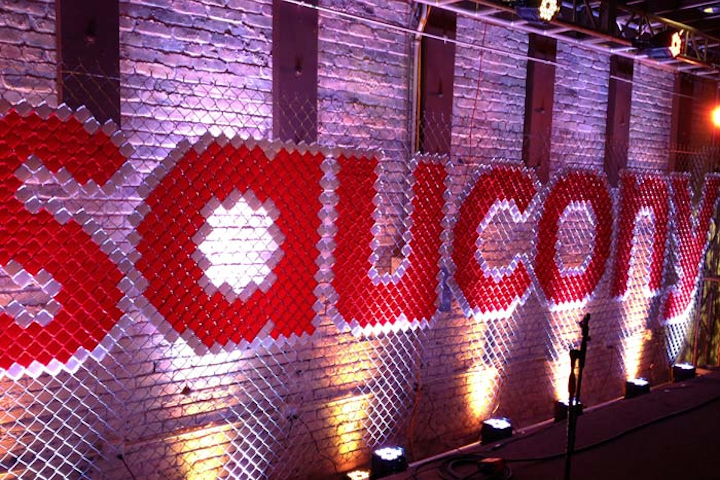 The event's centerpiece was a fence wall that spelled out the brand's name using Solo cups. The installation was meant to evoke a backyard or block-party feel.
Photo: Max Photography 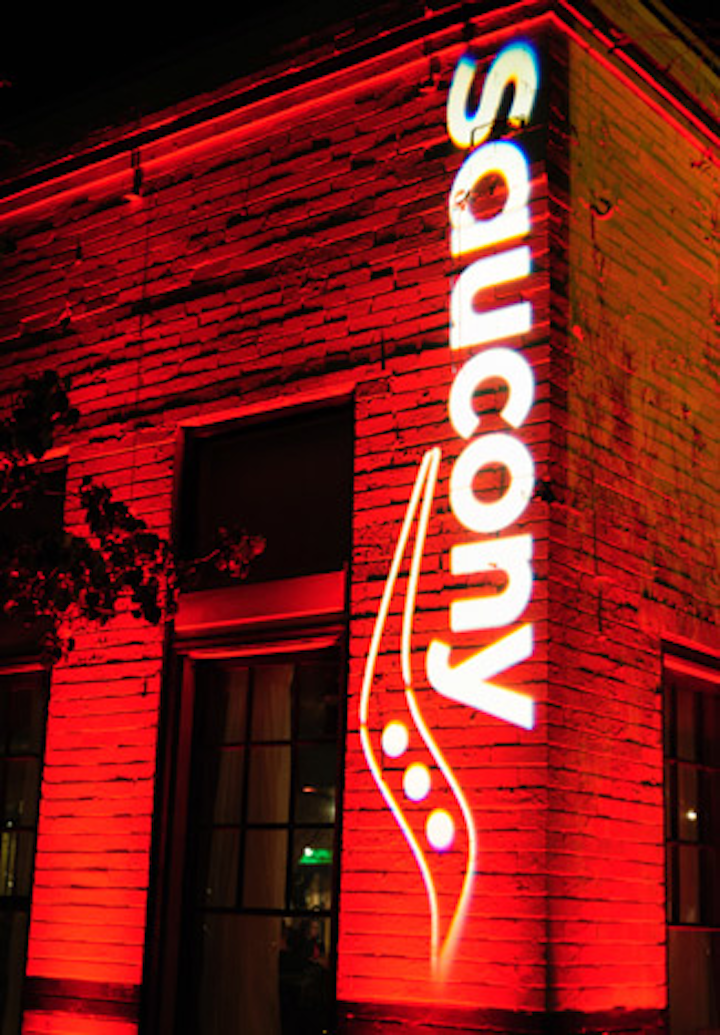 The event's logo was projected onto the side of the Coppertank Events Center. The Boston-based C3 Gather planned the event and partnered with local vendors—including Austin's Intelligent Lighting Design—to execute the laid-back bash.
Photo: Max Photography 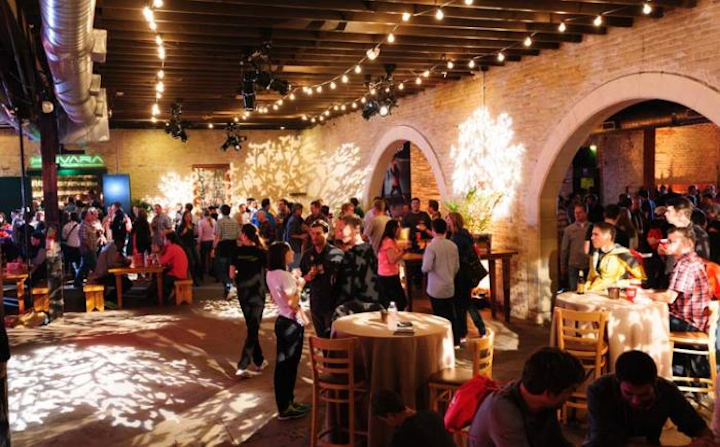 The goal of the event, said C3 chief creative officer Chris Gasarro, was to "present the Saucony brand in a fun, casual environment while celebrating the partnership between Saucony and its dealers." The outdoor bash was meant to feel like a block party with elements of a backyard keg party.
Photo: Max Photography 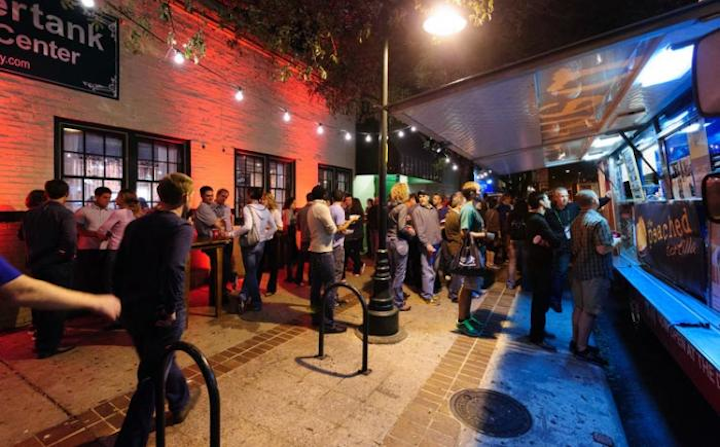 The gathering drew about 700 guests, among them retailers in town for the Running Event as well as Saucony sales reps and executives.
Photo: Max Photography 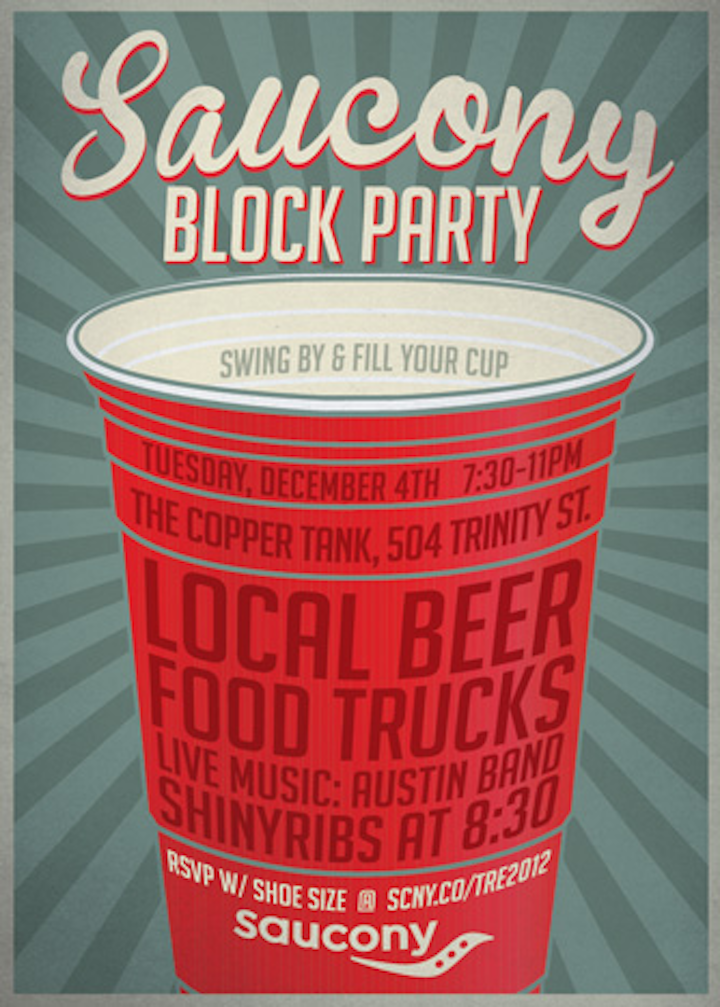 A Solo cup was the central image on the invitation to the Saucony Block Party. The invitation was modeled on a rock concert poster. "The cup itself represents a fun environment," said C3 creative manager Jennifer Howell.
Photo: Max Photography 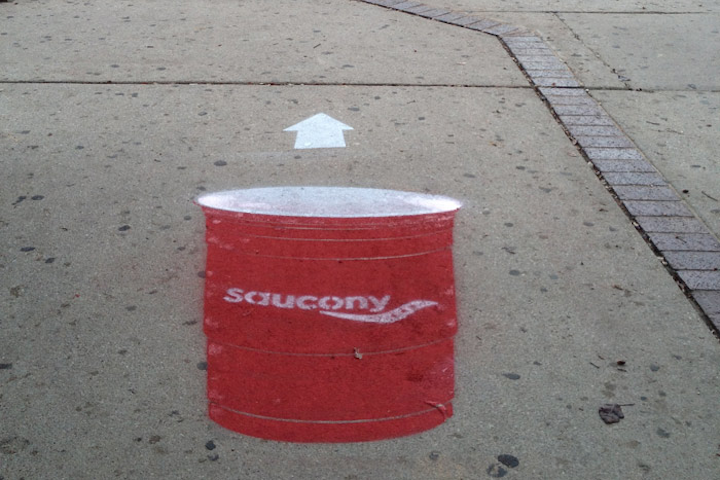 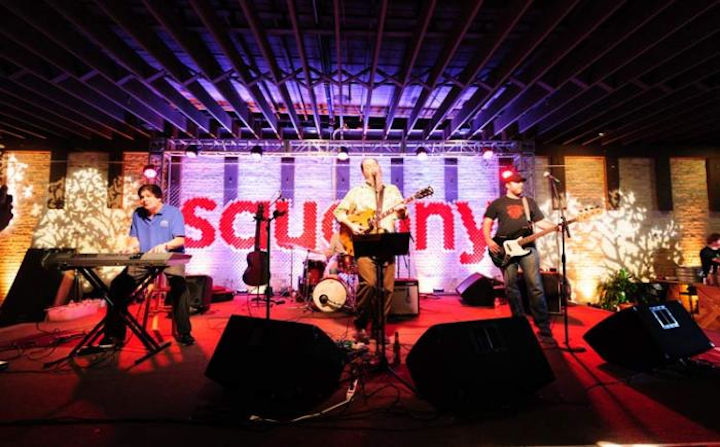 The Shinyribs, an Austin-based band played at the event. The stage backdrop had red Solo cups spelling out "Saucony."
Photo: Max Photography 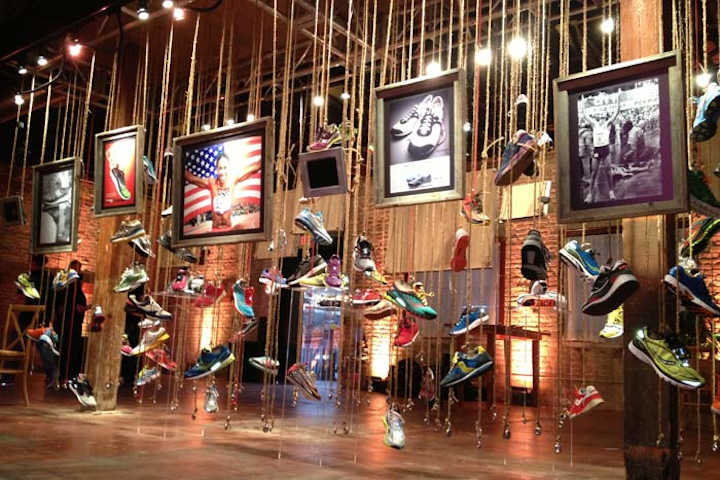 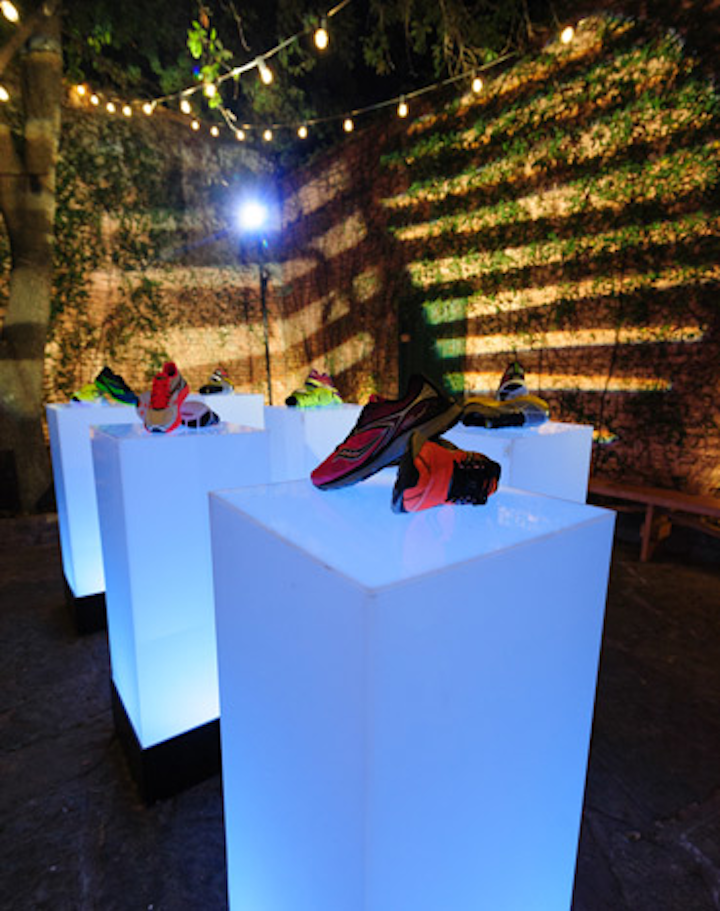 A themed courtyard space called the Kinvara garden showcased the brand's newest shoe (the Kinvara). All attendees who had sent an R.S.V.P. could pick out a free pair of the shoes.
Photo: Max Photography
More in Catering