Here are the new guidelines to consider to satisfy your attendees' special requests, dietary requirements, and preferences.

As recently as five years ago, planners would, at most, offer a vegetarian option along with one or two meat-based offerings. Today, thanks to a broader embrace of foodie culture, as well as a greater geographic and cultural diversity among meeting groups, menu choices at events are more varied, more sustainable—and more expensive.

1. Offer more choices.
Planners say that after the gluten-free craze took off, it opened the floodgates to a seemingly endless number of specific, food-restrictive eating regimens.

“There are so many diets out there. First and foremost, gluten-free is still the reigning king,” says Scott Gingerich, senior vice president of restaurants and bars at Kimpton Hotels & Restaurants. Beyond that, there are requests for paleo and ketogenic (both lower-carb) diets; meat-, dairy- and pork-free menus; and kosher and halal requests.

Now, it’s more of an “expectation” that a venue or property will be able to provide several different choices, says Phil Aldax, food and beverage director at the Anaheim Marriott, but the trade-off is higher meal costs.

2. Emphasize sustainability.
“Clients love to hear that we partner with local farms and vendors that use sustainable foods,” says Shai Tertner, founder and C.E.O. of Shiraz Creative, an agency with offices in New York, Miami, Los Angeles, Mexico City, and London. “Typically, we are asked to curate menus using all local ingredients.”

Gingerich said his chefs have learned to seek out recipe combinations that will let them use the entirety of an ingredient so nothing goes to waste, such as making a soup or a stock from vegetable stems that would otherwise be discarded. “We do a far better job today of using every single part,” he says. “By doing that, you’re able to get a better bang for your buck.”

In addition to making menu planning more economical, touting a commitment to cutting back on food waste has the added bonus of pleasing event organizers who want to know that their vendors are mindful about sustainability. “There is such a desire to know where things came from, and that they were raised in a sustainable way. It’s a challenge we’re facing everywhere,” Gingerich says.

3. Make food Insta-ready.
“Our team has always challenged itself to not repeat menu items or displays often, and social media increases this challenge even more,” says Lauren Eck, Dallas-based director of catering and sales at Wolfgang Puck Catering at the Union Station and Reunion Tower venues, as well as off-premise catering. “With social media, all of our clients are concerned with the presentation.”

“At a sit-down dinner, everybody’s phone is out,” says Beth Norber, owner of BN Events in Los Angeles, and that creates an expectation for planners to deliver painstakingly styled presentations. “They ask, ‘Can you tell me exactly what it looks like, how exactly is it being presented, and what can you add to make it Instagram-worthy?’”

Norber said she obliges by swapping out traditional serving equipment for something open like a paella pan that will showcase a buffet in all its bounty. Other event pros say they seek out unusual dishes or even furniture on which they can stage their menu items, as well as vary the height of dishes presented or add an interactive element like a staffed station.

4. Allocate more money.
According to CWT Meetings & Events, 20 percent of an average event budget today is devoted to food and beverage, a five percentage-point increase in as many years. Event planners say the combination of higher ingredient costs and more involved preparation—especially when creating multiple menus—are responsible for the increase.

“With ingredients being available and easily sourced from all over the world, clients are understanding that special dietary requests come with a higher price point,” Tertner says.

One reason dishes have gotten more expensive is what goes in them. Gluten-free breads, pastries, and pastas are more common nowadays but still cost more than their conventional counterparts. Tertner said that when there is a grain featured on the menu, clients frequently want ancient grains like farro or quinoa instead of, say, rice. Paleo- and keto-style diets eschew cheaper carb-based food like pasta and rice in favor of meat, fish, and other protein sources, which are often more expensive than starch-based menus.

In addition, the growing number of requests for organic, free-range, and small-batch ingredients—which generally cost more than mass produced—pushes up prices. Weather can also have an impact on smaller crops, and the fast pace at which food trends go global means that demand can sometimes spike before supply catches up.

Catering pros say most clients will pay to get what they want. “The world is becoming more food savvy, and clients are interested in every element,” says Barbara Brass, vice president of catering sales at Wolfgang Puck Catering in Los Angeles. They want to see things that are more creative and more interactive so they are willing to spend the extra money to round out the experience.” 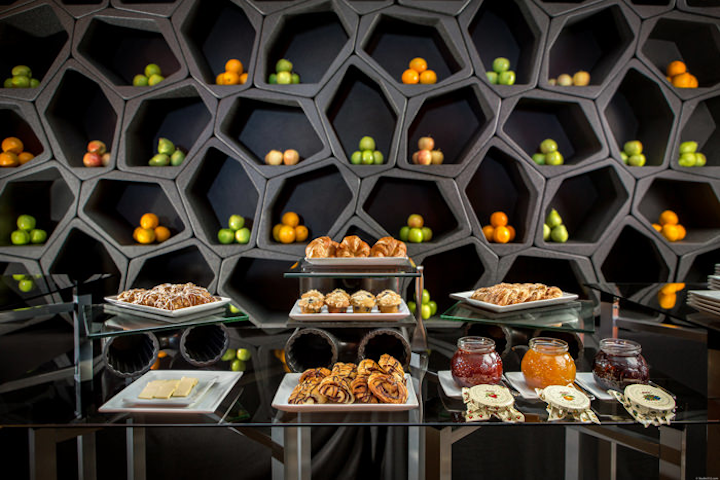