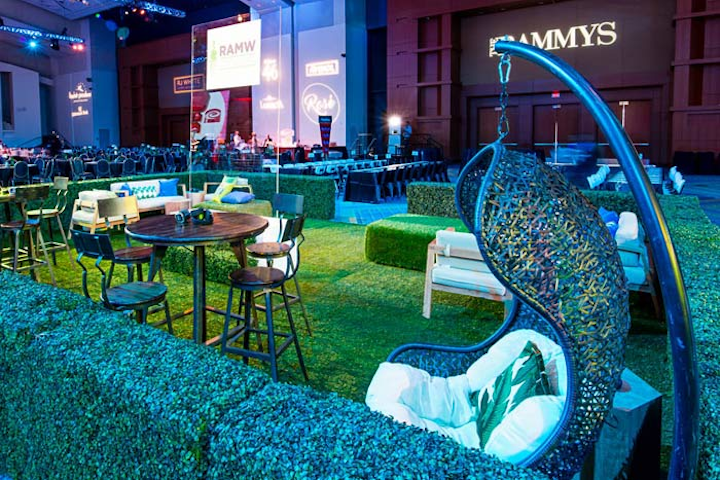 #1 Food, Wine & Restaurant Industry Event
The 34th annual Rammy Awards, held June 12 at Walter E. Washington Convention Center and attended by about 2,300 people, for the first time used 30-second video clips of honorees sharing why they got involved with restaurants, which guests could access through a silent disco. The annual award show from the Restaurant Association of Metropolitan Washington gave out 22 prizes, including Chef of the Year, which went to Scott Drewno of the Source by Wolfgang Puck. Next: June 2017 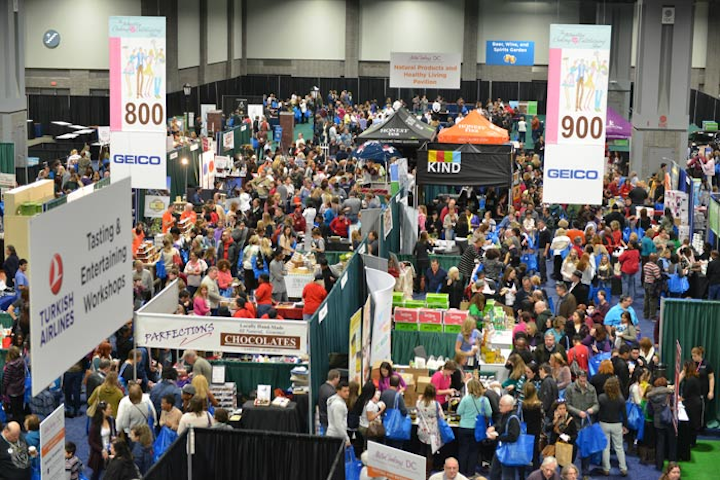 3. DC's Taste of the Nation for No Kid Hungry 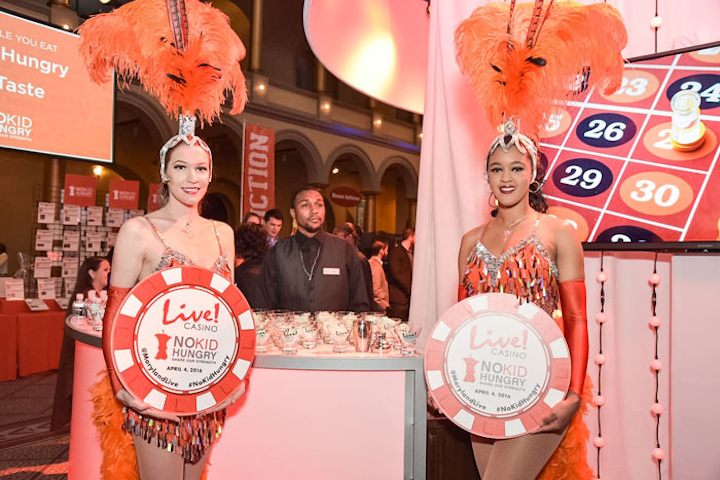 Photo: Courtesy of Taste of the Nation 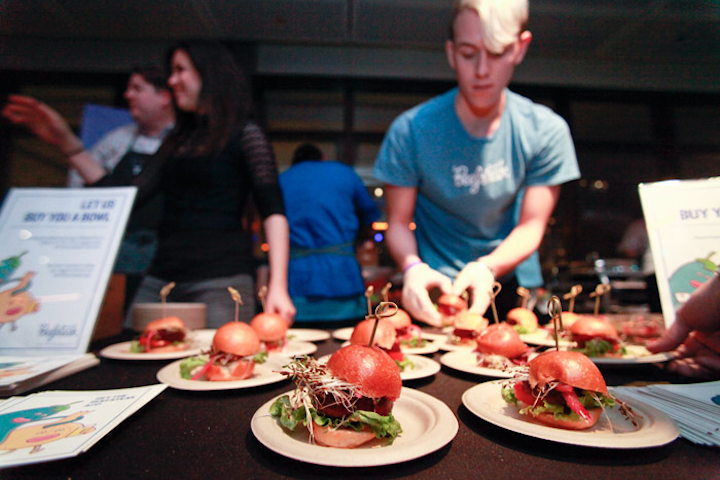 #4 Food, Wine & Restaurant Industry Event
Although Winter Storm Jonas caused Sips & Suppers to be pushed back from January 23 to January 30, about 1,200 people attended the event, which raised more than $511,000 for DC Central Kitchen and Martha’s Table, the two organizations that produce the event. New in 2016, three of the Newseum's glass elevators were outfitted with bars and mixologists featuring specialty cocktails. V.I.P. guests also enjoyed an exclusive lounge and indulged in a selection of beverages and food. Each V.I.P. guest departed with the cookbook of an acclaimed chef, selecting from April Bloomfield's A Girl and Her Greens, David Guas's Grill Nation, Steven Satterfield's Root to Leaf, or Alice Waters's My Pantry. Next: January 29, 2017 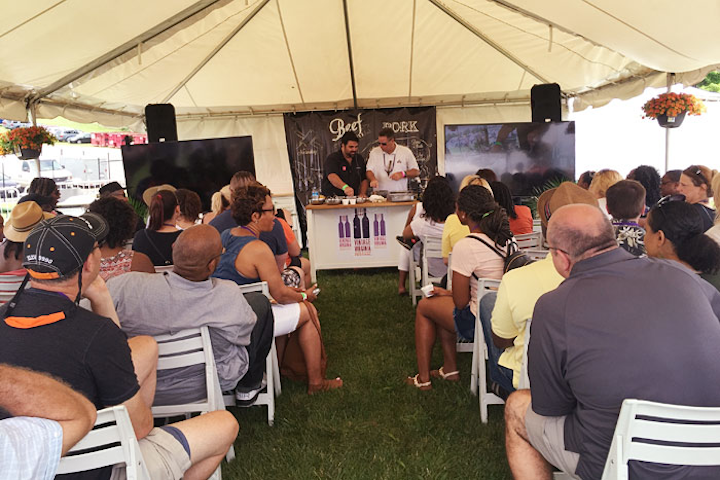 #5 Food, Wine & Restaurant Industry Event
Attracting more than 12,000 people this year, the Maryland festival produced by Trigger Street increased the amount of products offered by about 20 percent. The event had more than 200 exhibits spread across 65,000 square feet and raised about $10,000 for the Spirit of Hope Children’s Foundation. Next: April 29-30, 2017 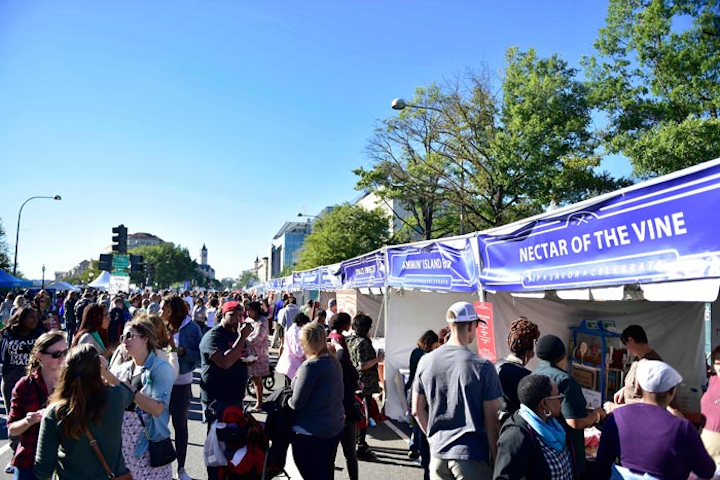 #6 Food, Wine & Restaurant Industry Event
About 50,000 people attended the 28th annual Taste of DC, which takes over Pennsylvania Avenue as one of the largest annual food festivals in the mid-Atlantic region. Held on October 8 and 9, the event had 60 participating restaurants. Celebrity chefs who made appearances included José Andrés and Bryan Voltaggio, who were at the MGM Lounge to promote their respective new restaurants at MGM National Harbor. Meanwhile, Joey “Jaws” Chestnut retained his winner's title at the sixth annual Ben’s Chili Bowl’s World Chili Eating Championship. Next: October 2017 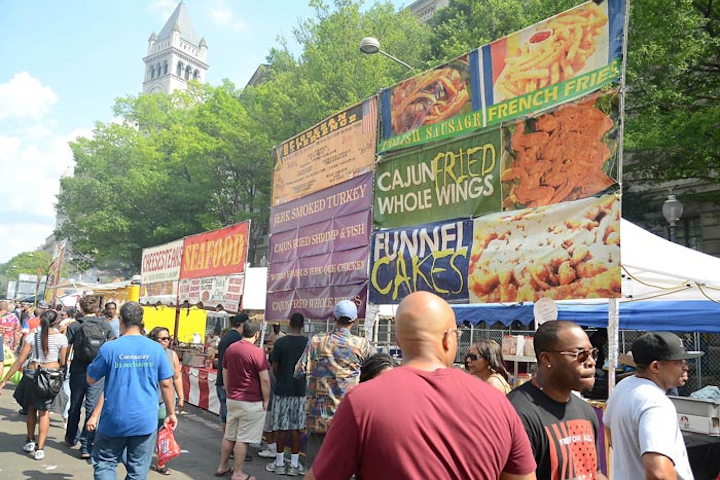 #7 Food, Wine & Restaurant Industry Event (new to the list)
The Giant National Capital Barbecue Battle, now in its 24th year, is a combination of a barbecue competition, fund-raiser, and entertainment festival with live music and family activities. It drew more than 100,000 in June, when barbecue restaurants from across the country compete in several contests. This year, Giant Food became a title sponsor, with other sponsors including Pepsi, Lay's, PNC Bank, and Heineken. The event also raises money for the USO Metropolitan Washington-Baltimore and the Capital Area Food Bank. Next: June 24-25, 2017 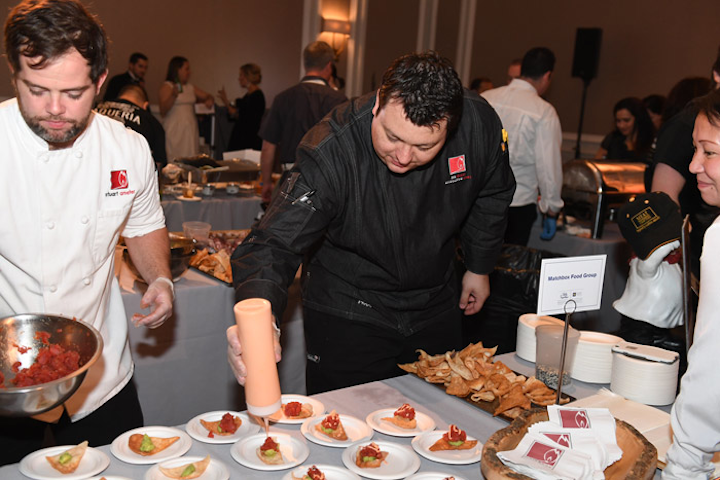 #8 Food, Wine & Restaurant Industry Event (new to the list)
About 600 people attended the Human Rights Campaign Foundation's fifth annual Chefs for Equality, which brought together more than 100 of the region's chefs and mixologists and raised $235,000 for the cause. Held at the Ritz-Carlton, Washington, D.C., on October 26, the event had nearly 60 tasting stations with savory treats and 20 pastry stations. There were the eight personal chef tables where guests had the opportunity to dine with celebrity chefs and enjoy a lavish five-course meal in the middle of the evening's action. One table served as a tribute to the late chef Michel Richard. Amaryllis, Inc. Floral & Event Design created many of the chefs tables and the event's "Equality Street USA" theme. There were live and silent auctions, and comedian Dana Goldberg served as event emcee. Next: October 2017