The festival's coveted first weekend will draw a new and returning slate of parties and events—dominated by fashion and media brands—to the Southern California desert. 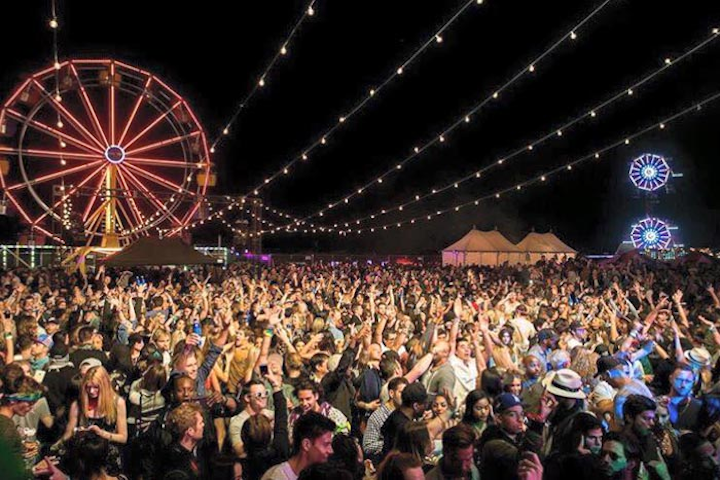 Goldenvoice’s Coachella Valley Music and Arts Festival will take over Indio April 15 to 17 for its first of two consecutive weekends. And while there are no officially sanctioned Coachella-affiliated parties, brands continue to flock to the buzzy first weekend for their unofficial pool parties, late-night bashes, suites, and stunts meant to grab the eyes—not to mention the social-media followings—of the influencers on the scene. Here are some of the highlights of what to expect this year.

New entries
For the first time this year, Victoria’s Secret will have a party presence, setting up a private, invitation-only Angel Oasis in Indio. It will kick off on April 14 with a lunch followed by an afternoon at the residential venue where guests can view the new collection and get pampered among big-name Angels such as Alessandra Ambrosio.

Dating app Bumble will also swoop in this year to take over an event opportunity made available in a time slot vacated by Lacoste’s popular daytime pool party, as well as H&M’s decision to move its event-marketing dollars onto the festival grounds. According to The Wrap, Bumble invited guests with snow-globe invitations weeks ago for the April 15 and 16 event in Rancho Mirage with Kendall Jenner, Kylie Jenner, and Ashley Graham.

And in what is likely the first Coachella event formally billed as family-friendly, the members’ group Fashion Mamas will host the #MamaMirage event at a residence in Palm Springs. Gifting stations will come from Havaianas, Pared Eyewear, and Cleobella Littles, with group members rounding out the offerings: Daisy O’Dell will spin, and food will come from Sophie Jaffe. Tribe West and Rose & Rex will set up a play area, and Base Coat Nail Salon will offer pedicures using colors from a special collaboration.

Fashion and media events
PopSugar will take its Cabana Club to a new location this year: the Colony Palms Hotel. Daytime events include activations from brands like Nordstrom, Ulta Beauty, and Three Olives Vodka. PopSugar will also present an intimate brunch with the Council of Fashion Designers of America, hosted by Emily Current, Meritt Elliott, and accessories designer Clare Vivier. And PopSugar’s video production arm will set up a mobile studio at the Colony Palms to capture style trends, report on fashion and beauty, and file celebrity interviews.

Revolve will return this year, with its two-day desert pool party known as #RevolveFestival, as well as after-parties. This year, the brand will also introduce the new #HotelRevolve, taking over the Arrive Hotel in Palm Springs to host a network of about 32 top influencers. A pop-up shop will be open to the public. And this year, Billboard will partner with Revolve to host interviews and live-content capture via the Billboard Artist Lounge.

Shopping site Foray Collective will host its Desert Oasis party on Friday during the first weekend, hosted by Emily Ratajkowski with DJ sets by the likes of Brody Jenner. Sponsors include L'Oréal and Boohoo.

And since the first weekend wraps on Easter Sunday, Kate Perry will host a holiday "Recovery" brunch on April 16—doubling as a pop-up for the singer's footwear collection. There will also be vitamin elixirs, oxygen bars, and reflexology massages—as well as an egg hunt from CoverGirl.

Nighttime bashes
One of the biggest after-hours parties, Nylon's Midnight Garden party will take place on April 14 in Bermuda Dunes.

And in what is typically the biggest, buzziest party of the year, the late-night Neon Carnival will return to a regional airport in Thermal, California, on April 15. It’s the eighth consecutive year for the event, which was conceived by event producer Brent Bolthouse. The carnival will bring new games, amusement-park rides, and continued involvement from brands like title sponsor Levi’s plus Tequila Don Julio, which will pour specialty drinks from the Airstream Speakeasy, and Tinder, which will pair guests with a match for a bumper-car ride. Instead of a wristband this year, guests will gain entry with a Lokai bracelet.

Hotel takeovers and more
American Express will offer its cardholders access to special programs both on and off the festival grounds: At the American Express Platinum House at the Parker Palm Springs, the brand will host Platinum card members during the weekend for SoulCycle classes, a DJ set by Hannah Bronfman, and more.

Ciroc's "Summer Colada" takeover will run all weekend at the Hard Rock Hotel. The Lucky Lounge Presents: Desert Jam will run April 15 and 16 at the Ingleside Inn.

Los Angeles club Bootsy Bellows will host its annual two-day pool party, with Chevy and PacSun on board as sponsors and Coolhous providing cold treats.

And among the hotels hosting pool parties throughout the weekend are the rainbow-hued Saguaro, the especially hipster-friendly Ace Hotel Palm Springs, the Riviera around its amoeba-shaped pool, and more.